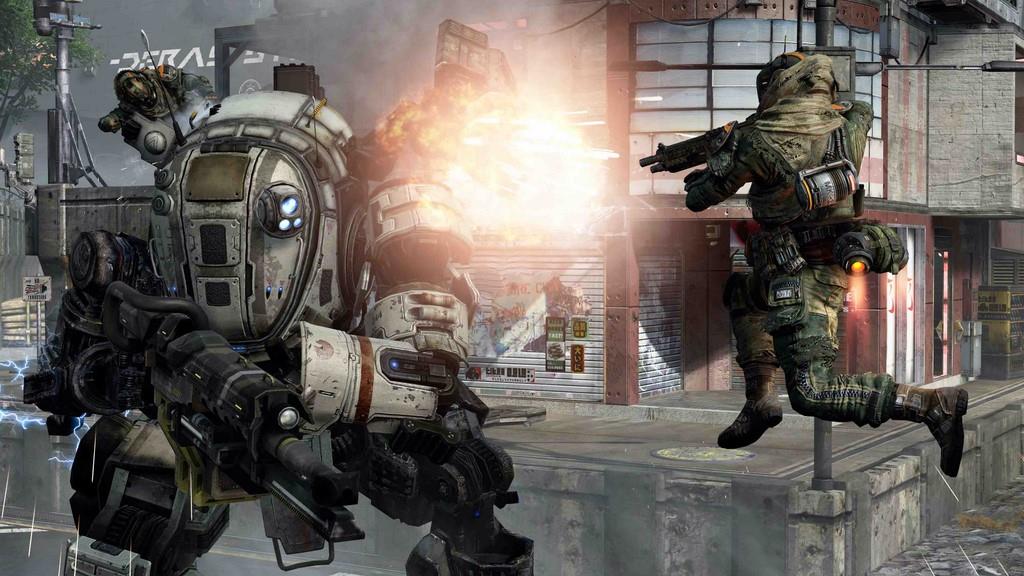 I had high expectations going into the beta of Titanfall — as well as a few concerns. The biggest concern was that the small number of player-controlled characters in the game (6 vs 6) would make the game feel small, especially for people like me who have logged a lot of 64-player matches in Battlefield 4. It turns out I didn’t have much to worry about at all.

The beta starts with a 12-step tutorial introducing you to the basics and the various machinations to control your Titan. After that you can play one of three gameplay modes available in the beta:

While playing the three modes you’ll notice that, in addition to the other player-controled pilots and their Titans, there are AI "minions" scattered around. There are two types of minions: human grunts and robotic Spectres. While both can be farmed for points and extra experience there is one small difference: Spectres can be hacked and will fight for you if you can get close enough to them. I doubt you could turn enough of them fast enough to make a real difference in a match, but it is a nice touch that may prove important in the full release of the game.

Titans are supposed to be the main draw to Titanfall but infantry combat is a wonder to behold. Being on foot means you can double jump and wall walk to your heart’s content and doing so grants you access to the vertical portions of each level. This is where developer Respawn balances out the firepower of the Titans against the mobility of the infantry. Titans will still win 90 percent of the one-on-one battles, but this extra mobility allows you to avoid and escape these encounters. For me, the real fun of Titanfall has been learning how to chain together double jumps and wall walking so that you don’t touch the ground for the first two minutes of a match.

Another feature of Titanfall that I love (and we’ll see copied in future first-person shooters) is that at the end of each level the losing team has to escape via a rescue ship. This means that there’s a last minute scramble to escape or hunt people down which adds a lot to the final seconds of each session. Instead of the usual "GG," meaning "good game," when a game ends there is a wild chase and hunt at the end of each level. This is also where your skills using the parkour system come into play as the rescue ships only pick troops up on the top of buildings.  As an added bonus, you earn extra points if you escape which can help soothe the wounds of losing a round.

Fans of the Call of Duty games will also feel at home with Titanfall as the game adopts core mechanics like the killcam and level progression. As you progress you’ll unlock new weapons, abilities, and modifications to the weapons of your pilot and Titan. There are plenty of gadgets to play with as well, like a cloaking system that will make you mostly invisible to enemy Titans (less so to enemy pilots) and Stem kits which increase your health and sprinting ability. There are also burn cards (which John explains here) addming another level to the game. I’m personally astounded there’s no microtransactions involved with these which is a testament to Respawn’s control of the game.

As with the Call of Duty games these power-ups don’t really feel like they adjust the balance of power too much and the game does a good job of keeping you going so that you can get to that next unlock. 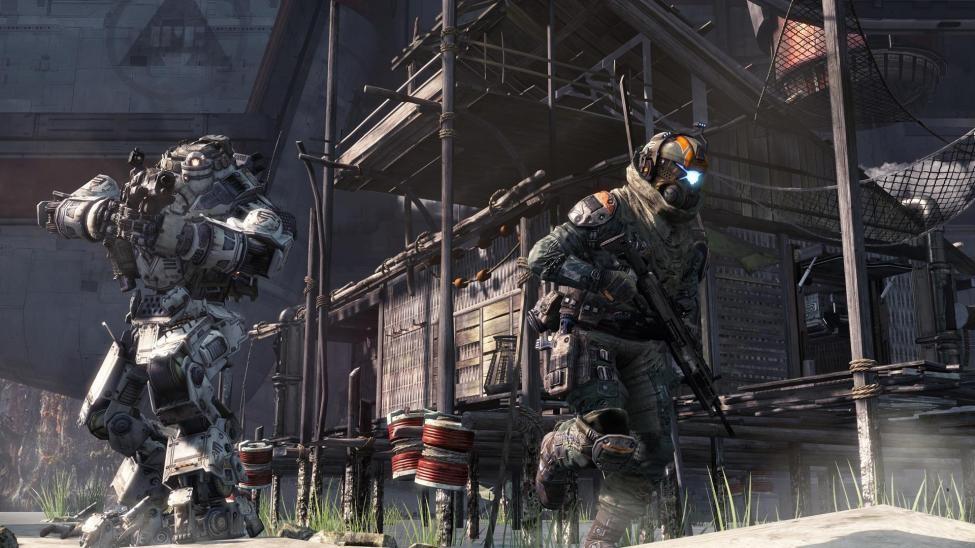 I’m hoping that the gameplay modes in the beta just scratch the surface of what’s in the final product. Last Titan Standing didn’t do too much for me and the other two modes, while fun, have been done to lesser degrees by other shooters. The minion AI also needs another round or two of polish as you’ll sometimes just see them sitting there shooting at each other and not contributing much to the overall battle. The game hints at a much larger narrative between the opposing factions —the  IMC and the Militia — but that’s not really touched on in the game much.

I do wish that the overlords back at HQ were a little less verbose. I get it that Charlie is a hotspot and needs to be taken but do you really need to tell me three times? It would also be nice to be able to control the reminders of when my Titan will be ready for launch as 30-second intervals and sometimes 15-second intervals seem a bit much. We all want you to say, “Prepare for Titanfall,” as it’s really a bad ass phrase that still gives me little nerd shivers but all of the talking in between is excessive.

As far as the big question about if the game feels empty or not, I have to say that the maps do feel busy, and once combat starts there is a lot going on. There are occasional lulls when you’re moving to the active firefight but the maps and modes do a good job of funneling the action so that you’re always fighting something and you’re almost always engaged in combat.

Titanfall is also chock full of moments where you can do really bad ass stuff. There are a bunch of different ways to hop into your Titan, including my personal favorite where you hop on top of the Titan and just plop down into a seat. Ejecting from a Titan is also a rush as you pop way into the air, giving you a chance to drop down behind someone and perform one of the games very satisfying melee executions. The level of refinement in Titanfall is exceptional as the game is full of these fun little moments.

I’ve had a blast with my time with Titanfall so far and I’m hoping that the final game will flush out the experience some more with most campaign type content and another round of spit and polish. I guess we’ll find out for sure on March 11 when the game hits stores.