Written by Cyril Lachel on 11/29/2010 for PS3
More On: The Sly Collection
Timing has never been Sly Cooper's best friend.  From day one he's been overshadowed by Sony's other two 3D platformers - Ratchet & Clank and Jak & Daxter.  Despite remaining in the shadows, Sly was able to sneak his way into three PlayStation 2 games.  Still, even with all of the sequels, Sly never received the praise and attention he was due.  But Sly Cooper's luck may be turning around.  He's the star of his very own compilation disc that not only looks and plays great, but hits shelves at a time when there is absolutely no competition to speak of.  Mr. Cooper, it's time to shine.

This is The Sly Collection, a $40 compilation of Sly Cooper's three PlayStation 2 outings.  You get Sly Cooper and the Thievius Raccoonus, Sly 2: Band of Thieves and Sly 3: Honor Among Thieves.  This collection spans 2002 to 2005 and marks the beginning and end of the Sly trilogy.  Each game is remastered for high definition televisions and both Move and 3DTV support has been added for good measure.  This is the most comprehensive Sly collection you could hope for and it delivers everything you would hope it would.

Although I certainly enjoy the comedy stylings of Jak & Daxter and will never say no to the action in Ratchet & Clank, I've always been drawn to the atmosphere in the Sly universe.  The tone is decidedly darker, playing off of old foreign films about cat burglars, spies and anyone else sneaking around at night.  It's the Metal Gear Solid of 3D platformers, and this weird fusion still feels fresh almost a decade later.

The first game takes us on an adventure to recover the torn up pieces of Sly's family book of secrets.  This adventure helps set up the rich universe and cast of characters, all while offering some surprisingly deep backstory about this lineage of thieves.  Even though it's a mostly linear experience, there are enough gripping moments in each level to keep you on the edge of your seat from start to finish.

Once you've wrapped up that story, it's time to move on to Band of Thieves.  This 2004 sequel brings the gang back together to track down the Klaww Gang who are trying to reconstruct Clockwerk.  Yes, I know none of this makes any sense.  You should have listened to me when I suggested starting with the first game.

Outside of the story, players are now given the ability to play as Bentley the Turtle and Murray the Hippo.  These characters add a new layer of variety, offering new weapons to use and abilities to master.  Bentley, for instance, employs a dart gun, while is able to use his brute strength to get the job done.  These three characters make Sly 2 one of the PlayStation 2's very best games, a real highlight for this series. The third and final game is Honor Among Thieves (not to be confused with another Sony game, Uncharted 2: Among Thieves).  In this installment we are brought back to the Cooper mythos, promising a deeper understanding of the family tree.  To obtain this knowledge our hero must make his way to the Cooper Vault, a gigantic treasure trove of information about the Cooper legacy.  Unfortunately Sly isn't the only one trying to get in.  This gives the old team one more reason to get back together to take down the evil Doctor M.

What is missing from all of these descriptions are the little things that make Sly Cooper so special.  It's the game of cat and mouse Sly plays with Interpol Inspector Carmelita Fox.  It's the fun vehicle mini-games that help break up the platforming action.  It's the emotional connection one gets for this tight team of experts.  This is what makes Sly Cooper amazing, not the cheesy plot lines or the over-the-top villains.  It's the heart that comes with the game.  I genuinely like the characters in the Sly Cooper universe and want them to succeed. 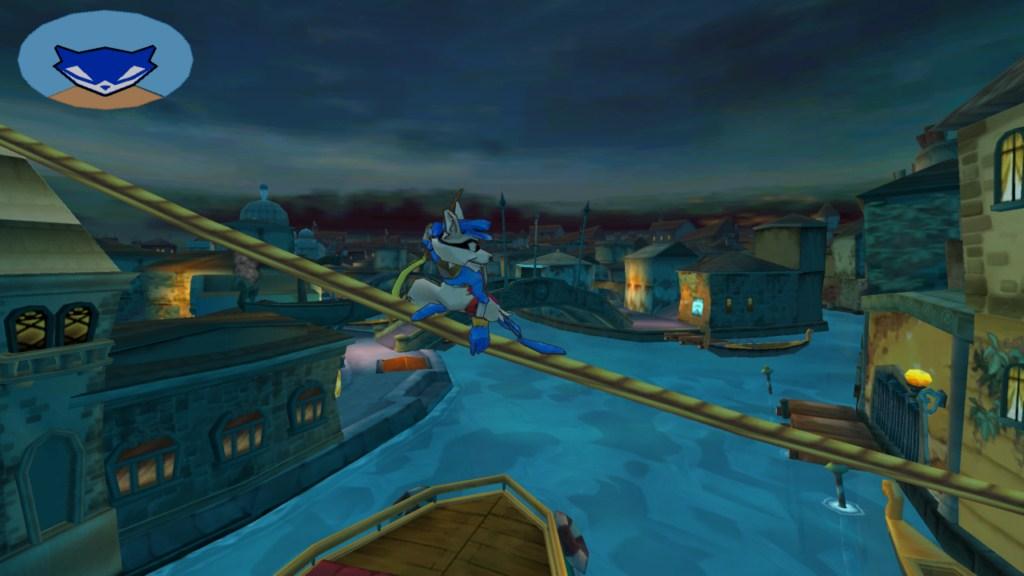 It doesn't hurt that the game is absolutely gorgeous.  It feels weird to applaud the visuals of an eight year old PlayStation 2 game, but the new HD graphics really pop.  The game's cel-shaded look lends itself perfectly to the full HD enhancement, while the art style keeps the title from looking prematurely outdated.  There are still some questionable polygonal objects in the game world, but nothing that makes this game show its real age.

On top of the HD upgrade, The Sly Collection also features 3DTV support.  Longtime fans of this series will likely remember the hassle of using the blue and red glasses in Sly 3.  Thankfully this archaic solution to 3D has been tossed out the window, replaced with expensive glasses that actually sync with your TV.  Unfortunately these glasses don't come with the game, so you're on your own when it comes to viewing the game in full 3D.  But don't worry; you're not missing out by playing it on a standard HD television.  The game works just as well without gimmicky glasses on. 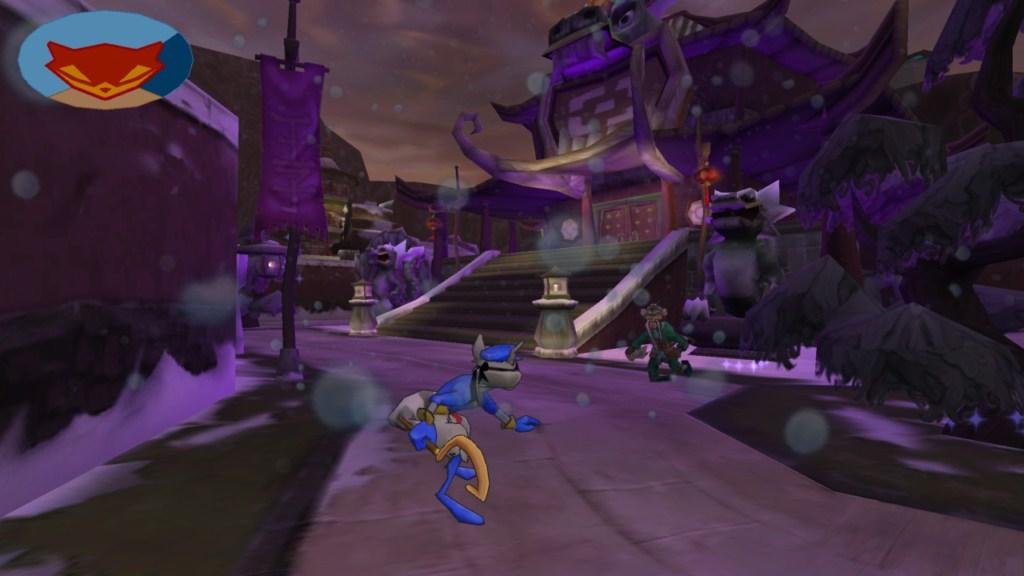 Speaking of which, The Sly Collection also features Move support.  Players get four mini-games, including three shooting galleries and a helicopter flying mode.  These modes won't cost you any additional money, but I have a hunch nobody is going to rush out and buy the Move control (and camera) just for The Sly Collection.

No matter whether you've played through these games or not, The Sly Collection is definitely a game worth owning.  I love that all three games are on one small disc and the trophy support gives players a reason to sneak through the games again.  And best of all, Sony is using this compilation as a way to announce the greatest possible announcement -- Sly 4!  With its upgraded HD graphics and low price tag, nobody is going to overshadow Sly Cooper this time around.
Sly Cooper may not be as popular as Jak and Ratchet, but his PlayStation 3 trilogy is the perfect candidate for an HD makeover. The Sly Collection packages three of Sony's very best 3D platformers into one budget title. Throw in trophies and move support and you have a must-own collection for anybody who loves a good crime caper!