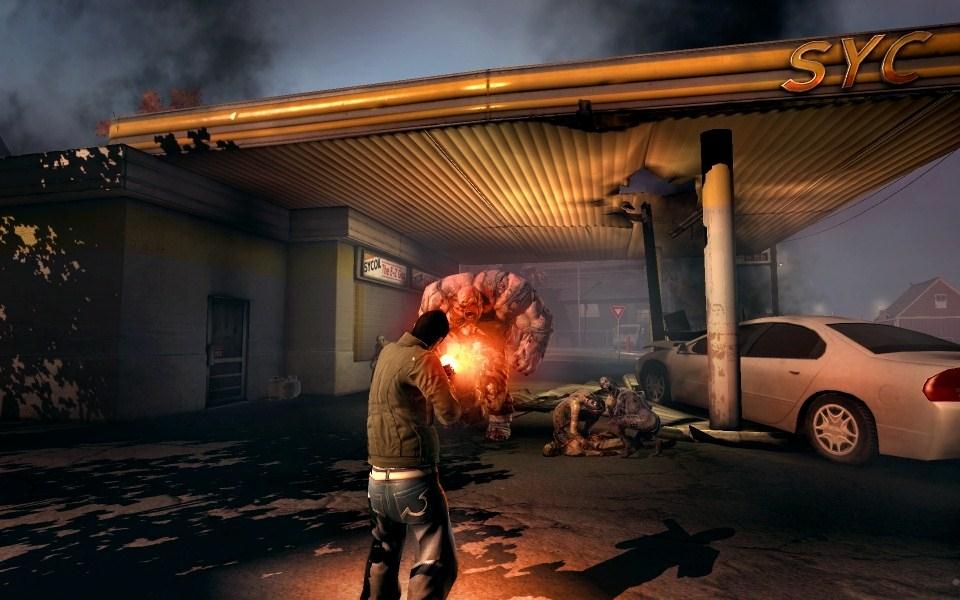 Written by Russell Archey on 9/14/2012 for PC
More On: The Secret World
It seems like I’ve been on a bit of an MMO kick lately.  Earlier this year I previewed Spirit Tales, and not too long ago my review of Tera hit the site.  I enjoyed both of those games quite a bit.  Not too long after playing Tera though, I got the opportunity to review The Secret World, so I figured “why not”.  I’m two-for-two so far with MMOs, so will The Secret World make it three-for-three?  Thankfully, yes.

To begin with, you have three factions to choose from: The Templar, Illuminati, and Dragon.  Each of these three factions oppose each other and have their own starting locations, but come together for a common cause.  The Templar are holy crusaders, pure and simple, the Dragon are skilled in the art of chaos, and the Illuminati wish to amass wealth and power, no matter how they have to go about doing it.  No matter which of the three factions you chose you basically go through the same thing in terms of getting the game off the ground.

You begin by realizing you have special powers and attempt to use them before being visited by someone related to your own faction.  After a talk with this person (kind of one sided since I have yet to see my character say anything) and a few more cut scenes, you soon end up in your starting city and will eventually come across a brief flashback that takes place in Tokyo.  This flashback is the same regardless of what faction you chose and acts as the game’s tutorial.  While you can skip the flashback entirely, it is recommended that you go through it for your first playthrough as it helps you learn the ropes of how to attack and how actions and weapons work.  Even though you might not want to use the weapons and abilities it uses, it at least helps you learn how things work.  After going through the tutorial (or not if you choose not to), you wander around your starting city a bit more doing a few small missions to get you used to how those work and finally come to your first important decision: what weapon to use.

This is where the game really begins, because from this point on you’ll be molding your character into whatever you want them to be.  You have three different types of weapons: blades, firearms, and magic, and each of those has about three weapons you can pick to start the game with.  You’ll have the option to try out every category to try and determine which one suits you best.  While you can carry two weapons at once when the game really gets going, this is where you’ll choose your starting weapon.  Maybe you’re proficient with swords in other games, or just want to blow things up with a shotgun.  As for me…yeah, I’m typically the magic user so I went with Elementalism (each of the three magics have a focus, which acts as that magic’s “weapon”).  Once you pick your weapon you’ll eventually make your way to what I believe is the game’s central hub (which looks like it’s based in the tree tops) and head out to your first real location to begin the main part of the game.  Honestly, I’m not sure if this first location is different amongst factions, but if I had to make a guess I’d say it is different for all three factions.

At first you’ll only get a few little quests here and there to kind of help progress the story and get your feet wet a little more than the tutorial did, but soon you can have up to five quests at once: one Story Quest, two Main Quests, and three Side Quests.  The Story Quest is the quest line that follows the game’s overall plot, the Main Quests are generally side quests limited to your own faction, and the actual Side Quests are quests that anyone can do and typically involve things like sabotage and researching information.  In other games if you need to research something you would either need a second computer or you had to Alt+Tab out of the game to open a browser.  Thankfully, The Secret World has its own built-in web browser that you can access by hitting B.  This is incredibly useful as I felt myself getting stuck quite a bit. 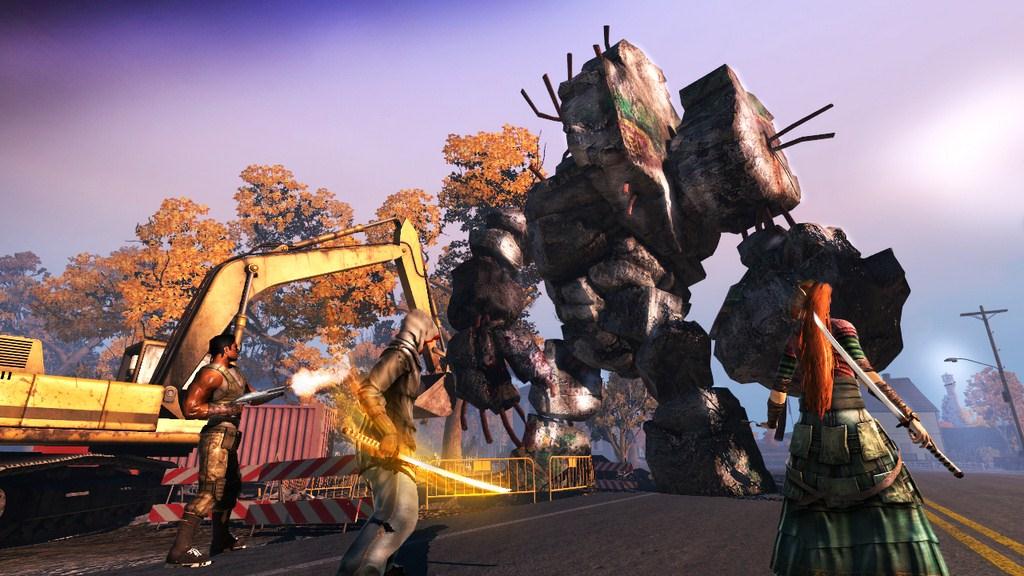 There are a lot of quests you can do, and most of my time with the game was spent trying to clear all of the quests in the starting area, and I still didn’t get them all done.  Sometimes the quests are just straight forward “kill so many of these enemies” types of quests, while others make you think.  One of the quests I got said I had to talk to someone in a jail cell, but he was dead.  Well, you can’t talk to a corpse, but you can talk to his ghost…which meant I had to die.  Yes, there is a quest in which you must get yourself killed, go into a jail cell (which is only opened if you’re dead, it’s shut when you’re alive), and get your info.  I’ll be honest, if I hadn’t looked that up I’d probably still be stuck on that, but it’s nice that there are quests that make you think.

For me, the highlights of The Secret World are the skill and ability points.  There are no experience levels in this game per-se, but after you gain so many experience points you can gain ability and skill points (you’ll gain ability points faster than skill points), and they function just like they sound for the most part.  You can spend your ability points to gain access to new abilities that you can use in combat.  The game has supposedly over five hundred abilities to choose from, with the abilities specializing in the different weapons and magic that you can equip, but you can only have seven active and seven passive abilities in use at one time, so it’s all about finding the right combination for the job.  On top of that, you have to buy them in sequential order within their categories, and the better abilities will obviously cost more points.  Plus once you buy all the abilities for the current row in the ability wheel, the next row becomes available with even better abilities.  As for skill points, they can be spent to upgrade your weapons and armor.  There are four categories (one for each weapons type [Range, Melee, and Magic], and one for Talismans [your armor]  Each of the weapons has two different areas you can put points into, typically things like damage and support, while points spent for talismans will increase your defense and allow you to wear better armor.  While I’ve heard there’s no limit to the number of ability and skill points you can earn, there is a max amount you can have at any one time. 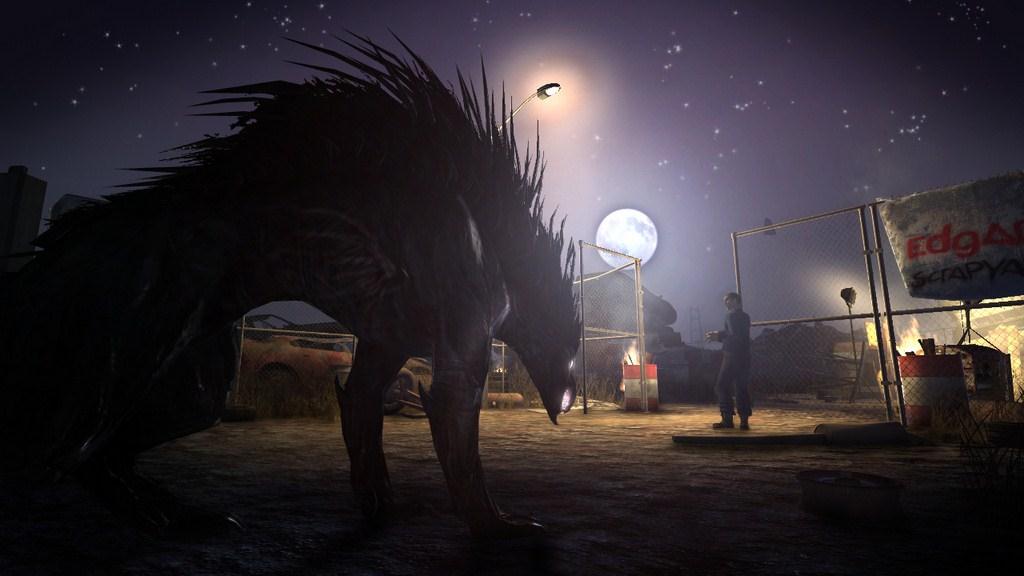 In a nutshell, that’s The Secret World.  There are a couple things I didn’t get into, such as the dungeons, but I never had the chance to go through a multi-person dungeon.  However, I did hit a few single player dungeons and they weren’t all that bad solo.  I did learn something though: if you think about letting your kids play this game, please be cautious as there was one cutscene where the F-word was used about three times during the conversation.  It didn’t bother me at all obviously, but I figured it’d be something to throw out there.

There were really only two things that bothered me.  First  was the story quest.  I did a ton of main/side quests in town, to the point that I’m pretty sure I got most of them done, but the story quest still gave me problems.  Maybe it’s just me, and I’m sure it probably is, but it seems like the game wants you to spend a lot of time with side quests before moving on with the story.  Not that there’s really a problem with that.  Second, in my time with the game and the countless quests I did, not once did I ever have to team up with someone to finish a quest.  Granted most of my time was in the main starting zone, but I never really had the thought of needing someone’s help with a quest, nor did I come across any that really required multiple people (though I'm sure that will probably change as the game goes on).  In conclusion, if you’re looking for a different MMO than the typical fantasy-world style of games, I’d definitely give The Secret World a shot, as I can honestly say there wasn’t much about it that I didn’t like.

If you've been looking for an MMO to check out that's not World of Warcraft, definitely give The Secret World a shot. While it's not perfect (it'd be nice if the in-game browser could remember your last visited page during the same game session), it's still a fun game with a unique way to improve your character, truly making him or her whatever you want them to be.