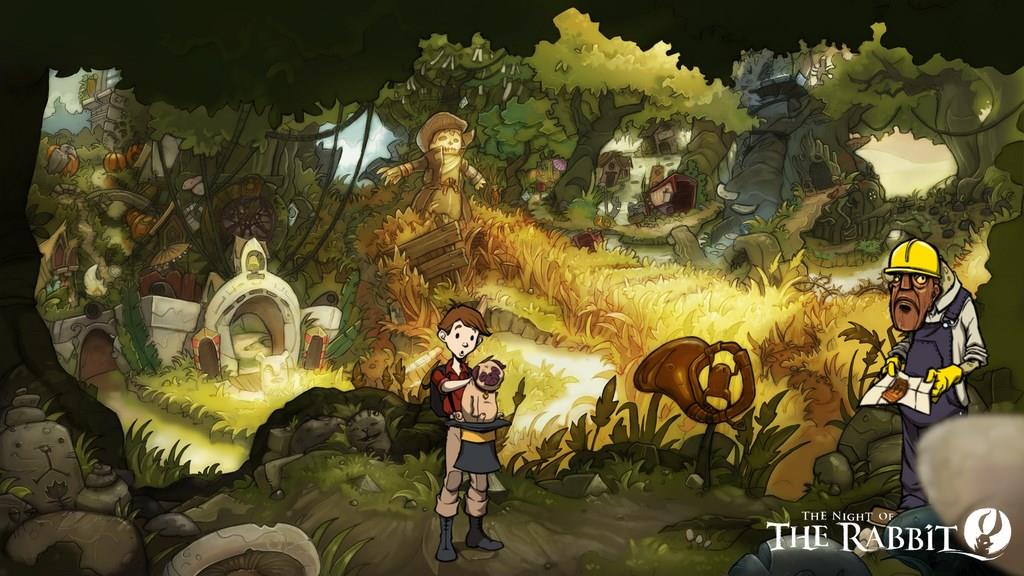 The Night of the Rabbit

YOU ARE STANDING AT THE END OF A ROAD BEFORE A SMALL BRICK BUILDING.

The year was 1976 and I was a sophomore in high school. The sentence above was my very first introduction to computer gaming. It had been typed very slowly and with quite a deal of noise onto a big roll of paper being fed through a teletype. The data was being fed through an acoustic-coupled modem at a blazing 110 baud.

Through the years, games obviously became orders of magnitude more complex, more interactive, and more visual in nature. “Adventure” games didn’t precisely head off into the sunset (“WEST”  “YOU ARE INSIDE A BUILDING, A WELL HOUSE FOR A LARGE SPRING.”), but they did tend to fade away as much more popular genres took the forefront. Personally, I haven’t played one since a couple of days after I played the first one - that would be when I learned of the Star Trek game available on the same mainframe and never looked back.

You can imagine, then, the surprise I was in for when I got my first look at Daedalic Entertainment’s Night of the Rabbit.  Gone was the requirement to create a picture of the environment in my mind, replaced with gorgeously rendered drawings that evoked memories of the artfully drawn Winnie the Pooh books that I grew up with.  Also gone was the need to type commands that had to perfectly match the words hard-coded into the source code in order to get a response - now it was a simple matter to browse the screen with the mouse to find interactive elements. And, of course, there was sound in the form of background music and narration. This left one simple question: would the play experience be the same? Would there still be the challenge of find and acquiring items in the “world” that would be required either independently or in combinations to solve puzzles?

The short answer is “Yes,” and it didn’t take very long at all to find that out.  The game starts with a quick tutorial intended to teach the basics of interacting with the environment and objects found within it. It was fairly straightforward, although I did ultimately end up paying a price for missing or forgetting the part about how to interact (in my case, read) an object stored in the inventory.  Had I paid attention better, I might have found the solving of the first big puzzle a little less tiresome. Despite that, it was one of the puzzles that easy relatively easy to figure out and made logical sense; as it turns out, they aren’t all like that.

Throughout the story (which I won’t say much about -- it’s far too easy to throw out a spoiler) the ration of “yeah, that makes sense” to “well, it took half an hour of random actions to solve that one!” runs about 80:20 in favor of the logical ones or, as I’ve been told, just about normal for this kind of thing. What did impress me was how many times an object in the inventory was used more than once during the story. Clever, that. 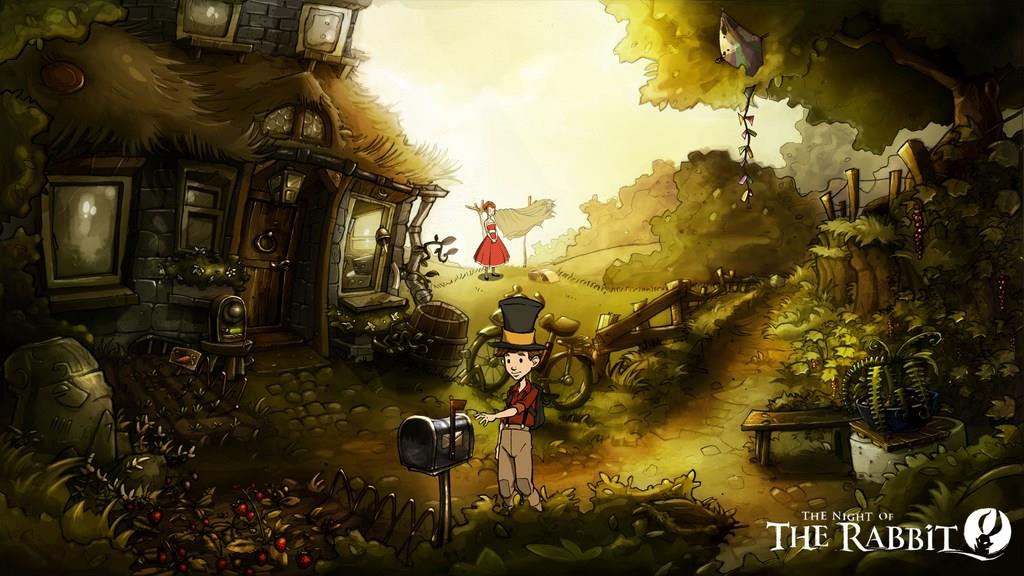 Another sign that this entry into what is probably the oldest computer game genre in the world has recognized the benefits of twenty-first century technology is the concept of mini-games. I frittered away hours of time in Red Dead Redemption not riding the range in search of trouble, but sitting in a bar playing poker. About halfway through Night of the Rabbit, the player is introduced to a card game called quartet. The game is more or less a stripped down version of Go Fish in that the mechanics of the game are the same, but the deck is smaller. With the smaller deck it is easier to remember which cards your opponent has asked for, so the game is a bit more strategic and doesn’t take nearly as long to complete. It also acts as a nice change of pace after hours of pointing and clicking.

Another nice touch is that after solving one of the more complex puzzles, the character is rewarded with the ability to move from one area in the map directly to another. This vastly picks up the pace of play since it is no longer a matter of clicking through screen after screen trying to remember how to navigate to the desired destination. This is good because it is a long story; all told, I think it took a good twelve hours to get through, and that’s without engaging in any of the optional searching for collectibles. Someone with more experience with the types of puzzles/task solutions involved could probably do it quicker. It did go a little faster once I realized that I could click through during the narrations - it was much faster to read the text than to wait for the voice rendition, although it probably lost some of the ambience by doing so.  Fair trade, in my opinion.

All in all, I came away very impressed. It’s no surprise that the game has garnered multiple industry awards for Daedalic. The detailed and attractive artwork, the voice acting, and the compelling background music all work together to demonstrate an attention to aesthetics and detail that show off the high production values and standards of the studio. It’s even more impressive when you consider that it all had to be translated from German to English. It’s fortunate that the translation is so well done because the story itself has many subtle undertones that would have been lost to a more careless of botched effort. They even manage to pull off a good joke or two, a feat not normally associated with the common and not completely unfair stereotype of Germans.

If it has been awhile since you last played an adventure game, this one might be just the thing to re-kindle your interest. It was for me!

Night of the Rabbit faithfully follows the tried and true traditions of the adventure game genre while leveraging modern technologies in a very well produced game. Appropriate for the entire family and providing a compelling, well-written story, this one is worth a look.