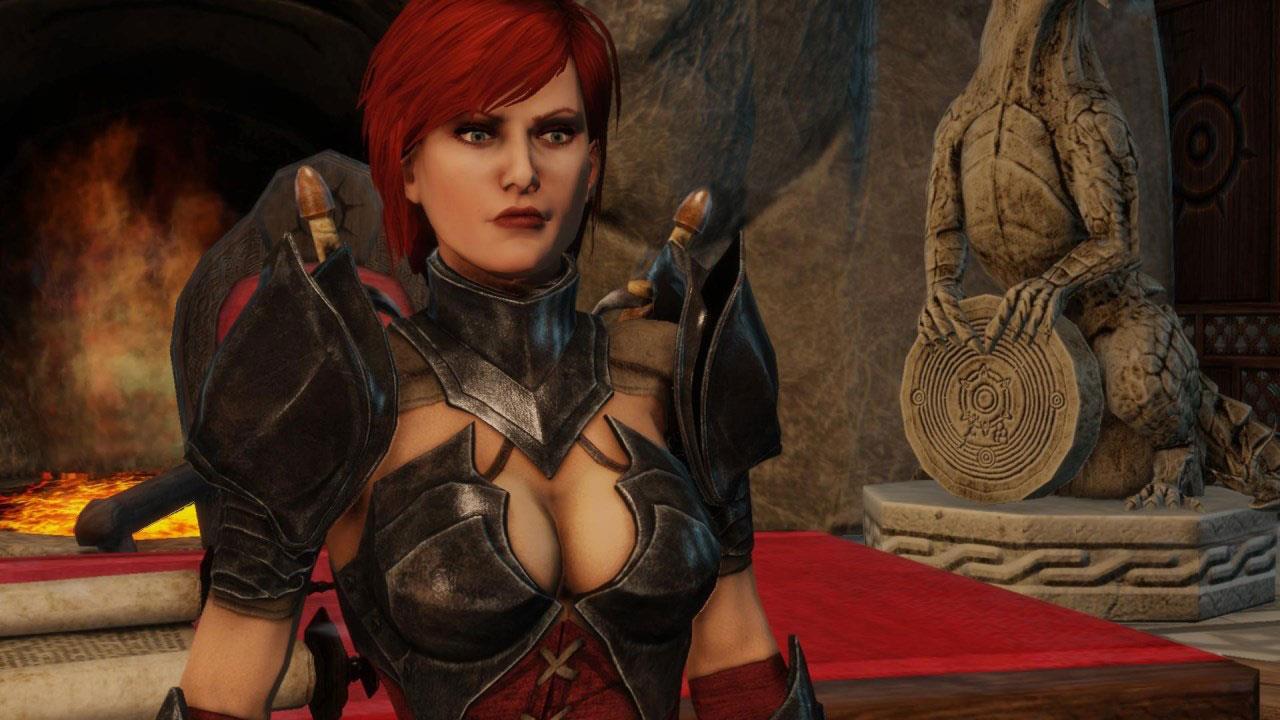 The Dark Eye - Demonicon from developer Noumena Studios and publisher Kalypso Media is a traditional role-playing game with all of the expected elements of the genre from leveling one's character to completing various quests. As the game's title hints at, Demonicon is set in The Dark Eye table top role-playing game franchise that originated in Germany during the 80s. Most recently, the series has seen a resurgence in video game form ranging from point and click adventures to action role-playing games. Demonicon contains a wealth of Dark Eye lore that won't have the same impact on players who are unaware of the series and its fantasy world. Yet, fans of role-playing games will feel at home as the formula isn't changed from genre traditions with a straightforward gameplay and narrative experience. While tradition is good, Demonicon often suffers from not adapting to the standards of modern role-playing games.

The narrative of Demonicon focuses on the adventures and struggles of a brother and sister that get tangled into a plot of deception and evil, which oddly often switches from humor to tragedy without any warning. Both the characters and their dialogue became laughable at times with weird animations and lines that seem out of place in the narrative's dark setting. Players assume the role of the brother in the adventure and are offered choices along the narrative's path that alter the game's world and cinematic movies between acts. The narrative's cast of characters ranging from the brother and sister to their father and even the primary enemies are all forgettable during the unnecessarily-long narrative that contains far too many twists and fetch quests, which result in confusion and boredom. If players can work through some of the game's slower parts, there are some brief sections that truly shine for their originality.

The gameplay of Demonicon can best be described as average, and it stays consistent to this description throughout the entire experience without ever introducing any new and exciting elements. After the first couple hours of gameplay, combat doesn't stray far from the same formula aside from new skills and magical powers. The game's progression and skill systems seem at first that they might offer a range of exciting features to unlock, which unfortunately are elements that other games that would be unlocked from the beginning. In Demonicon, players must initially unlock and then advance common actions such as opening chests or reading the various lore pieces scattered about the world. These same points must also be spent to level the character's various statistics in addition to the combat and defense skills. Even worse, the game doesn't provide any explanation to players regarding the skill trees and which should be upgraded before or after others. Many elements in the game world such as chests, plants, and lore have to be ignored because the required skills haven't been unlocked. This wouldn't be a problem in an open world game, but unfortunately much of Demonicon is locked into a linear level structure.

In regards to the combat system, players are provided with various attack types including traditional weapons and magical powers. The combat system also supports a parry system that can be upgraded through an individual skill tree. Using mouse and keyboard, the combat system functions similar to action role-playing games in that the left and right mouse buttons can do different attacks in addition to the number keys relating to assignable special and magic attacks. Once players unlock powerful magical attacks and upgrade their character, combat becomes only difficult when the game's throws large mobs of monsters at the player. Boss battles require more endurance than skill as the enemies' health bars are abnormally large and are usually split into multiple parts. The quest system also follows the role-playing genre tradition of primary narrative quests in addition to optional tasks. Unfortunately, the quests never deviate from fetching items or slaying a certain amount of enemies. 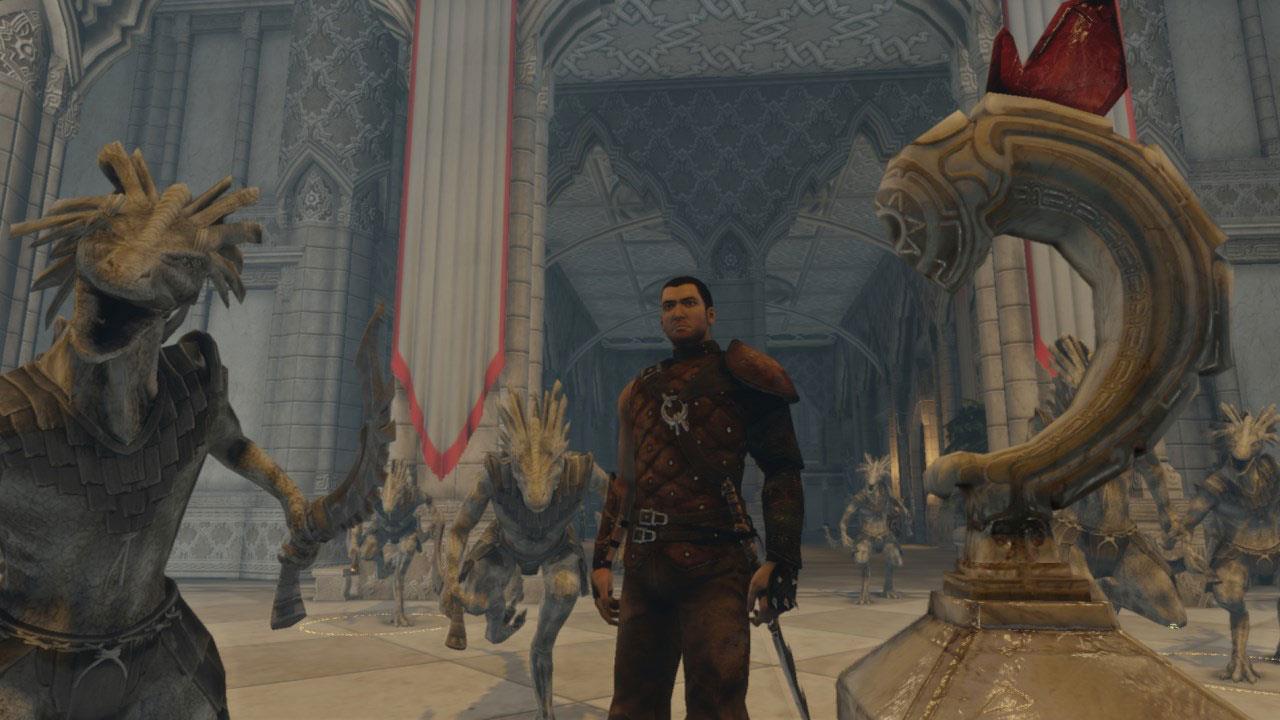 The world of Demonicon follows the narrative's structure as there are brief sections of originality spread throughout the overall average backdrops of lackluster caves and and cities. Much of the game's world is drenched in a brown color palette that feels the same as every other role-playing game. Just as with the gameplay, the locales that players visit are always lacking in their design and never deviate from the same enemy mobs and obvious traps. With such an expansive universe available to the developers with The Dark Eye series, it's disappointing that newcomers to the fantasy world aren't given a better first impression. Even the the game's loot system is plagued with few sets of armor and weapons resulting in little incentive for acquiring new items. With dated visuals and lackluster sound effects, the world of Demonicon isn't one that intrigues players to return or even venture off the marked path.

The market of role-playing games has become increasingly crowded in the past few years with games that are finally beginning to experiment with new ways to present traditional gameplay features in addition to atmospheric worlds and engaging narratives. Demonicon ignores its potential to truly set itself apart with its setting in The Dark Eye fantasy world and only provides players with a confusing narrative and average gameplay experience. From the overly-complicated skill system to the simplistic combat, Demonicon never goes beyond being an average role-playing game. For those seeking a basic and traditional role-playing game with a lengthy narrative should find plenty of content to enjoy in Demonicon. However, for those seeking for the next genre-leading role-playing game should look elsewhere.

Demonicon squanders its potential for being set in The Dark Eye fantasy world with both a confusing narrative and average gameplay experience. With its tough competition among a vast amount of modern role-playing games, Demonicon can only be recommended to those that can look past its often lackluster and dated presentation. There are some truly original elements in Demonicon's world and narrative that unfortunately are too brief and few overall. At its current price, The Dark Eye - Demonicon can only be recommended once it goes on sale or enters the bargain bin.