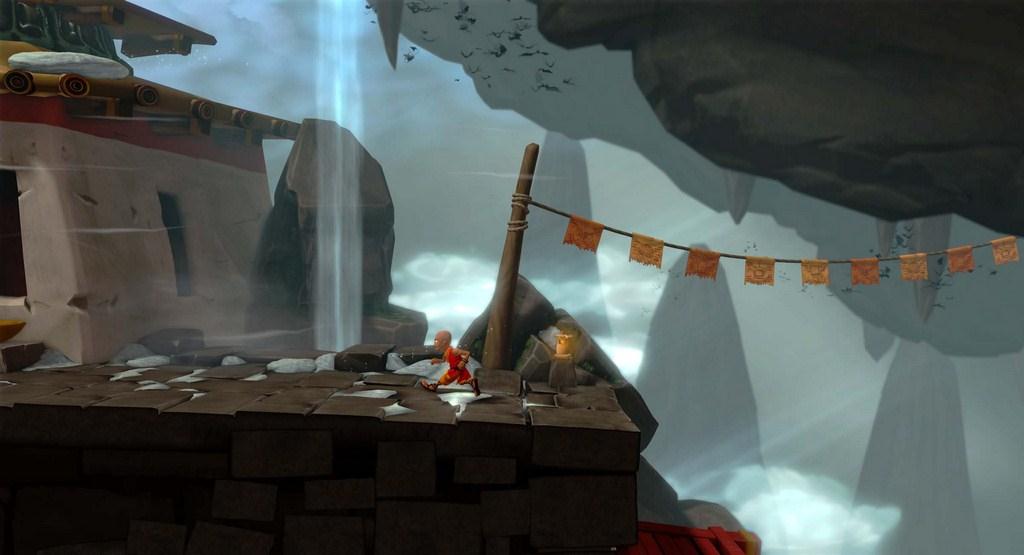 Narration took on a whole new role in game development after Bastion came along. The dulcet tones of the Bastion narrator set a standard for storytelling that has yet to be matched. It would be fitting that the storytellers at Double Fine would give it a shot at having narration being a driving force behind their latest downloadable title, The Cave, but with their own signature comedic twist. Ron Gilbert's creation is a title that has long brewed in that well traveled noggin of his, so it's easy to see the gameplay elements of games long past like Maniac Mansion make their mark on The Cave. It's interesting to see that adventure games like The Cave haven't really evolved much over the years but somehow retain the charm, difficulty, and overall enjoyment that gaming can bring. That 'ah-ha' moment that comes from solving a difficult puzzle offers a different kind of satisfaction that stuff like first person shooters and RPGs just cannot match.

After a brief introduction by The Cave (yes by The Cave itself), players are given seven individuals to choose from, each with their own motivation for wanting to explore the cave, and must form a party of three to go spelunking with. Legend has it that whatever your heart desires can be found within the cave, and your party will each have their own trials to face within the cave. Rather than just build a generic adventure that needs to be completed, The Cave actually changes shape based on which characters are selected, and provides challenges specific to the party's abilities. This gives the player plenty of replay value after the first trip through which takes roughly about five hours. Each character has their story revealed by finding glyphs that represent their character, and presents players with artwork depicting their story. My first playthrough told me the tales of the Scientist, the Knight, and the Time Traveler visiting from the future. By the end of the game they each had what they came to the cave for, but not without sacrificing some of their humanity in the process.

Playing The Cave and its ever shifting form is a pretty unique take on the Adventure genre and having it change based on the party members selected is an interesting mechanic. The Time Traveler for example has a multifaceted challenge that has her switching between past, present, and future versions of the cave, all in an effort to cut off the bloodline of the current 'Employee of the Month' in her time. By the end of her specific challenge, things got a little dark. It only got worse when I reached the Scientist's portion of the cave, and even upon reaching the end of the game things get kind of messed up. I'm trying to avoid spoiling it here, but I think the journey is worth it for the player, and hopefully they'll learn something in the end. Traveling through the cave and navigating the puzzles isn't a terribly difficult affair, though there are a few obtuse puzzle solutions, or I was just having a mild case of the stupids and couldn't figure it out right off the bat. In any case none of the solutions felt like they were roundabout, thankfully the simple inventory system makes it easy to keep track of the stuff needed to solve any given puzzle. Basically if you're able to carry it, you'll have a use for it, and if you're stuck and haven't used something yet, it's probably that item that you need.

The visuals of The Cave are bright and colorful, the cave itself is loaded with beautiful set pieces and the people and monsters that inhabit them look great. Each of the character's personalities shines through in their animations and does a great job of setting them all apart. If Double Fine has excelled at one thing over the years it is in building expressive characters who can tell you a whole story in their body language alone, and The Cave is no exception. Well, I guess the Cave is the exception because all he does is sit there and look pretty, and talk about himself. A lot. The voice of the Cave has his heart in the right place, but it felt like a lot of his lines were of the intentionally campy variety and at times came off as forced. There are definitely some gems in his dialogue, but his commentary to the action doesn't seem to anything other than slightly accompany the situation. He'll toss hints your way when a puzzle opens up, which is greatly appreciated. 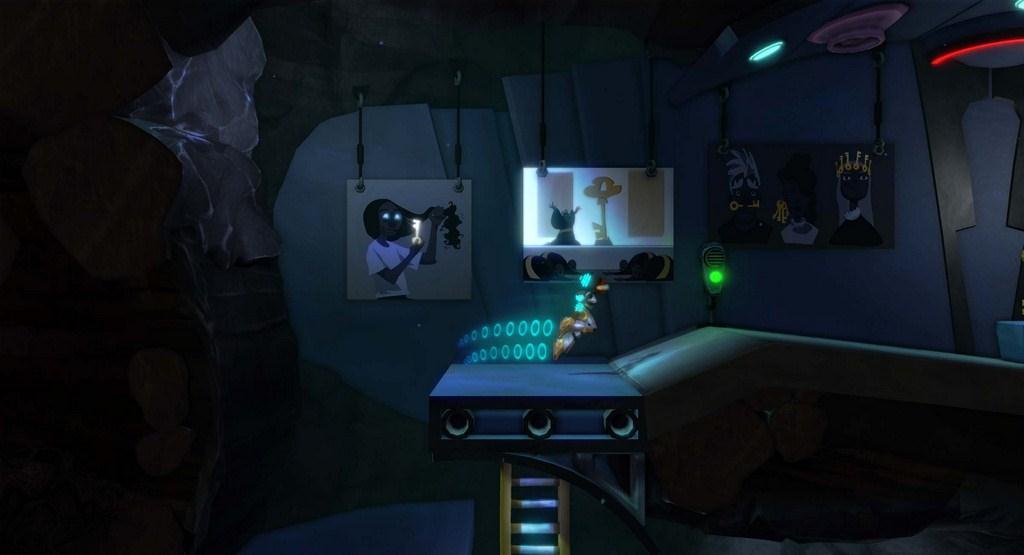 For such a short experience, I came across a surprising number of bugs that required me to quit out of the game and save my progress, and hopefully the situation would be fixed when I returned (in each case it was), but one instance required me to shut down my console and also caused me to lose a little bit of progress. This was fairly early on in the game, but it seemed to be the result of an action I could see a lot of people doing (dropping dynamite right as it is about to go off in front of a destructible item). I also ran in to a sequence breaking issue during the Knight's stage that I couldn't tell if it was intentional or not, but I was kind of surprised to see that the dragon had escaped even though I never opened his gate. If the bugs weren't getting on my nerves, the death mechanic was. The characters can't die in The Cave (it would 'raise his insurance premiums'), so they're just resurrected when they shuffle off the mortal coil. This in turn places them somewhere back before their unfortunate demise, and sometimes it just likes to take a step too far. This is actually me being a big nit-picky, I just wish the game was a bit better at choosing where I would respawn when I screwed up.

Ron Gilbert may have been kicking this idea around for the past thirty years, but The Cave feels like a fresh take on the old-school adventure genre. It does a great job in its presentation and despite some slightly buggy execution it's still a great deal of fun. Having the gameplay challenges change based on your character choices is a definite success and helps keep the experience fresh on subsequent playthroughs. Being a downloadable title, I was expecting this game to be rather short, but after ten hours I still haven't finished the game with each character, so it's pretty surprising to see this much longevity out of an 'Arcade' title. Double Fine's penchant for great storytelling and excellent writing alone almost made The Cave worth getting, it's great to see that they got great gameplay to match.

A clever adventure puzzle game that reminds me of a simpler time in gaming. The guys at Double Fine do a great job in working with mechanics of yesteryear and make The Cave a compelling adventure from start to finish.