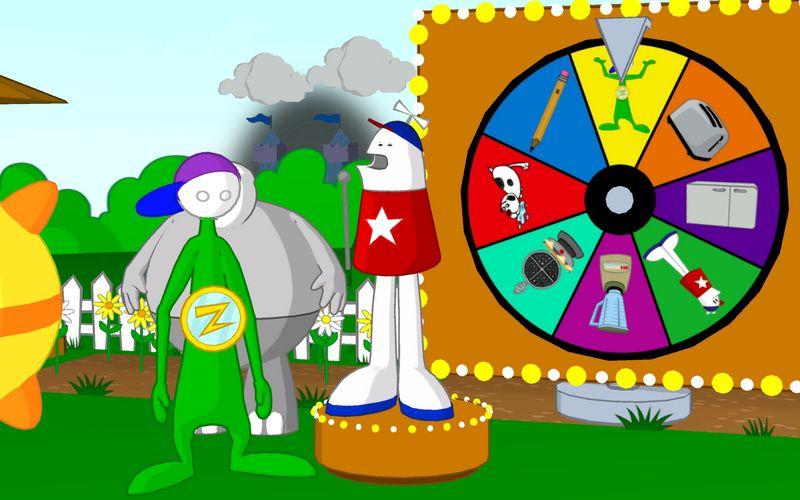 Written by Randy Kalista on 9/15/2008 for PC
More On: Strong Bad's Cool Game for Attractive People - Episode 2: Strong Badia the Free
Taxation without representation is the stuff of revolution. The British learned that handy lesson from Americans. And Strong Badia the Free (the second of five episodes making up season one of Strong Bad’s Cool Game for Attractive People) is set off by an extraneous tax levied against the sending of email -- and anyone that’s caught on to Strong Bad’s livelihood knows that email is the Mexican wrestler-masked villain’s raison d’etre. Placing a tax on email is ludicrous, and even the ludicrous Strong Bad knows that’s ludicrous.

Especially when the King of Town arrives, places Strong Bad under house arrest, and snaps one of those Running Man prison collars around the green-eyed luchador’s neck. Minimal cartoon violence ensues. 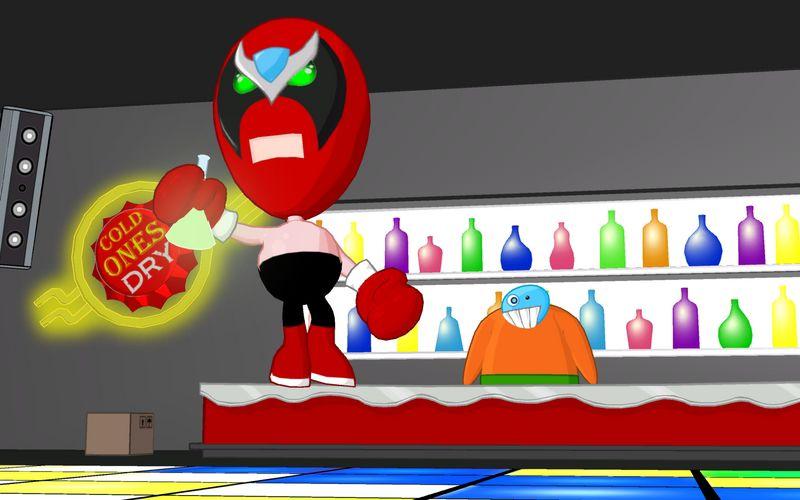 Strong Badia the Free is a standalone adventure for the webcomic-turned-videogame comedy adventure. And while there’s no overt tie-in between the first episode (Homestar Ruiner) and the second, the overarching narrative between the two sees Strong Bad purposely getting himself into a situation that he inadvertently needs to get himself out of. Once again he reads an email that gets him in a bit over his head: Anything to please his viewers.

Motivated by the King of Town’s email tax, Strong Bad sets off across the map -- this time drawn up in the mode of “Maps and Minions Deluxe,” a war time board game laid out like a shapeless game of Risk. His mission: Unite the cast of Homestar Runner characters against the oppressive tyranny of the snack cake-bingeing King of Town. But, due to the whimsy of the Homestar Runner series, there’s a twist involved that you won’t necessarily see coming, though the off-center chuckles leading up to it won’t upset you for not predicting the reversal.

Episode two rotates its gameplay stock, keeping things market fresh. Sure, the core of the game -- strolling around, conversing with the laughable Homestar Runner lineup, and matching up simple 1-to-1 inventory puzzle pieces, is intact and chock-full of the series’ trademark sense of humor. But there’s a new, destructive Teen Girl Squad comic that requires a player’s help in drawing (this time with more ways to kill off the Squad, but fewer ways to do it in style); a new 8-bit videogame, Math Kickers Featuring the Algebros, graces Strong Bad’s Atari-styled Fun Machine game system, while Trogdor is still a stand-up arcade tease in the basement; and in the Extended Mode (unlocked after the credits roll) you can return to the strategic “Maps and Minions Deluxe” gameboard as many times as you want. The replay on all of these is somewhat limited: Despite their simplicity, there’s no hidden brilliance in their gameplay beyond the novelty of their existence within the Homestar Runner universe. Their inclusion, however, is as welcome as ever and, at this point, vital.

Pushing an episode’s grade up the scholastic scale becomes largely dependent on the writing’s strength. While pushing it down the scale becomes an exercise in nitpicking. Case in point: The “Characters Standing at Attention” achievement counts the number of characters (out of 5) that have presumably sided with Strong Bad during the conflict; however there’s no audible or visual ‘blip’ indicating progress has been made. Another nitpick? Strong Bad no longer has the courtesy to tell you when the metal detector has found everything available on each screen (which was a nice feature on the first episode keeping you from wandering around aimlessly once every hidden object was dug up). Another: The dialogue waxes repetitious during certain portions -- namely during “Marzipan’s Peace Time Draft-stravaganza.” 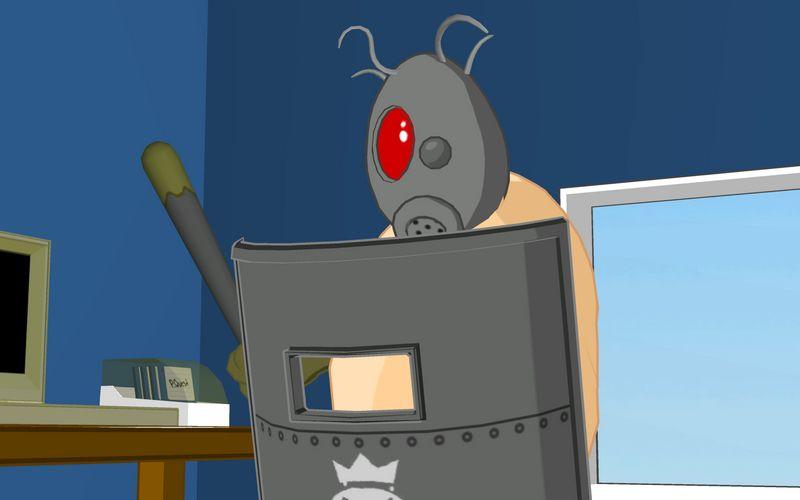 But, to be absolutely clear, these are only “downsides” because the rest of the gameplay is inarguably top-shelf. Easy, but top-shelf nonetheless. And the sense of humor kicks itself up a notch from the first very funny episode, seemingly even more comfortable in its own skin compared to the season’s inauguration. It’s as if Co-Creator Matt Chapman knew that if you’re looking into episode two, then he’s already got you, and he can reveal an even quirkier side to his characters: Pom Pom is the bachelor king, Strong Mad’s soft spot for his best friend The Cheat is oddly tender, Homestar doesn’t take crap from anybody except Marzipan, Marzipan dishes out crap to everybody -- especially Homestar -- Strong Sad’s emo shoe-gazing tactics bring about uncertain victories in life, Coach Z is a rap-spewing surrender monkey, Bubs can run a concession stand and a black market with equal … what’s the antonym of “aplomb”? … the Poopsmith does his best impression of Pig Pen from the Peanuts comics, and a strangely lucid moment emerges from the inscrutable Homsar. The gang’s certainly all here, and Matt Chapman still has room to run with the black-and-white versions of his characters, though a hat tip’s made toward Japanese animation fights during a “Maps and Minions Deluxe” face-off between the cast.
With a flair lifted from the Second World War’s propagandized news flashes, Strong Badia the Free stands at attention already as the series’ high point -- and we’re only two-fifths of the way into season one. Along with the famed Sam & Max series, Telltale Games is single-handedly ushering in a renaissance for the adventure genre.