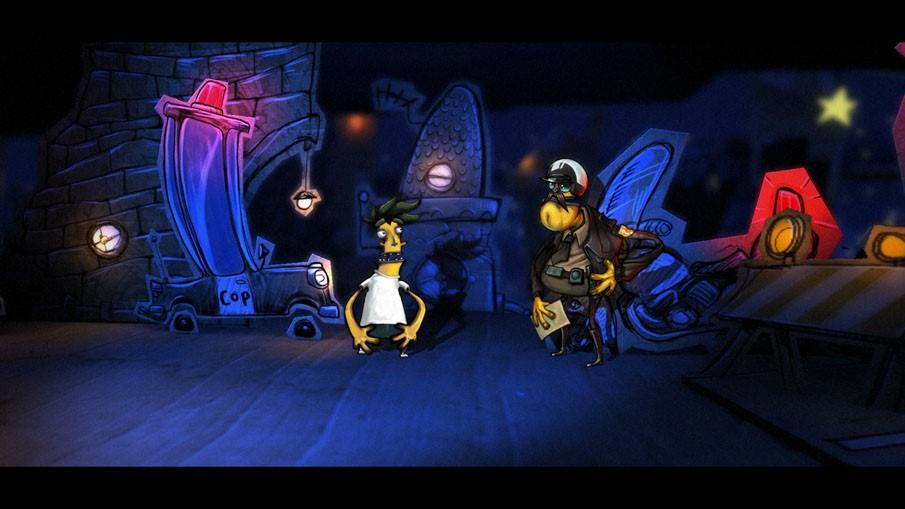 Stick It to the Man!

It seems like game critics can't wait to write their list of the year's best games. This year I saw people listing their favorite games before December even started; completely writing off an entire month. If only these critics had waited a few weeks they would have discovered how charming and delightful Stick It to the Man is.

Ray is about to have an epically bad day. After working his shift testing hardhats, this schlubby everyman walks home for another night with his girlfriend. But fate had another plan for Ray. On the way home, our hero is knocked unconscious by a mysterious government container. He wakes up to discover that, to his horror, an alien is living in his body. Even worse, the two of them are being hunted by The Man, who will stop at nothing to retrieve the alien's power.

As it turns out, having an alien inside you comes with a few advantages. For one thing, Ray now has a giant stretchy arm coming out of his head. This allows him to pick up stickers and pull back parts of the world. More importantly, it helps the uncoordinated buffoon climb around the 2D levels, Bionic Commando-style.

Ray's powers don't stop at using an alien arm to travel long distances, it also allows him to read minds. That's right; the reluctant star of Stick It to the Man is able to use the alien's power to literally hear the thoughts of his girlfriend, family and neighbors. It doesn't stop at people. Because of the alien, Ray is able to read the minds of animals, robots, zombies, ghosts and even inanimate objects.

Predictably, nobody believes Ray's wild story about alien arms and mind-reading. Before long, he is locked up in a mental health institution, where he begins to question his own sanity. After a harrowing escape, he sets off on a journey that will involve him trying to rescue his girlfriend from The Man.

In order to advance the story, Ray will be forced to do some light puzzle solving. This comes by way of reading people's minds and then giving them what they want. Each of the ten chapters are loaded with different stickers to pick up, which in turn will be used to solve puzzles. Stick It to the Man feels like it was inspired by classic point and click adventure games, like Monkey Island and Sam & Max. 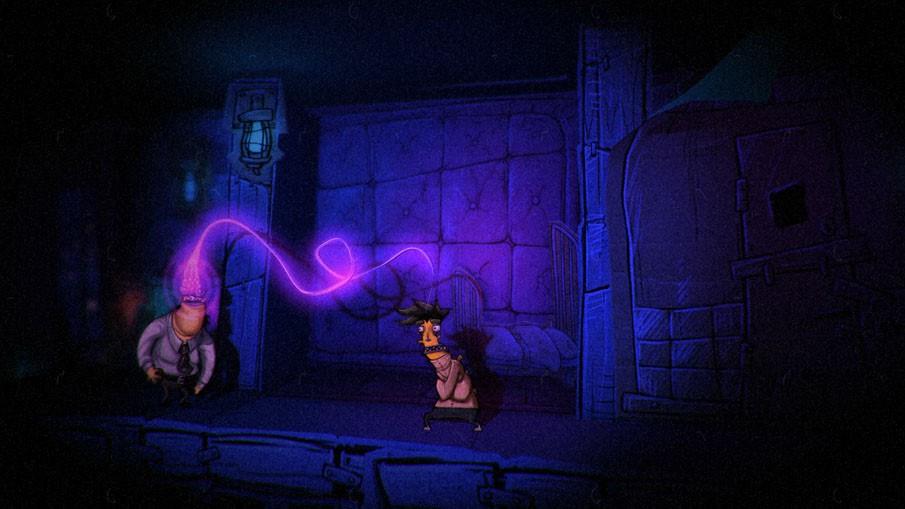 Stickers are not just things you found lying about, sometimes they will be things other people are thinking about. Neither Ray nor I can figure out how he does it, but the alien is able to reach inside people's thoughts and peel back useful stickers. Other times you'll need to place those stickers in people's thoughts, effectively changing what they think and how they act. Like any great graphic adventure, it's fun to watch how these vignettes play out.

It's worth mentioning that nearly every object, background and character is little more than a piece of paper. In fact, the game acknowledges the flimsiness of a paper-based world on more than one occasion. When Ray dies, he is immediately brought back to life thanks to the power of a printer. Instead of walking up stairs or opening a door, the alien arm is able to peel back the walls. It's a weird world they live in, but nobody seems to mind.

As impressive as the game's fully-realized paper world aesthetics are, it's Ryan North's incredible script that makes this game worth playing. Ryan is an experienced comic writer and it shows. The conversations are witty, the pointed commentaries about life are funny and it's a delight to read the mind of every new character. I found myself laughing hysterically the entire way through. It has a sick, subversive sense of humor that is usually reserved for Tim Schafer (Psychonauts).

Also great is the music, which is a dizzying mix of old school jazz and 1960s surf guitar. At times I didn't want to finish the chapter because I enjoyed the music too much. Of course, I have plenty of incentive to keep moving forward. As much as I loved the game's soundtrack, I really wanted to hear what the voice actors were going to say next. Even the corniest jokes are sold with a level of enthusiasm you don't hear in a lot of video games. 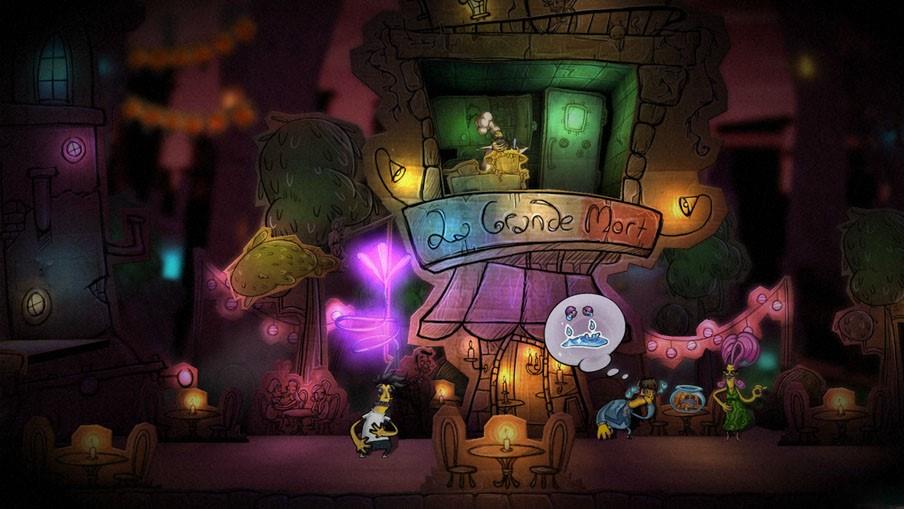 Despite the 2D perspective, Stick It to the Man isn't really a traditional platformer. You'll need to jump on a few floating blocks here and there, but most of the platforming is just to pick up puzzle pieces and drop them off. Occasionally you'll run into armed guards looking to take you in, but even then dodging them plays out like a puzzle. Ray will discover that some guards are thinking about sleep, giving him a chance to unpeel the sticker and put a guard to sleep. Other guards will be thinking about Ray's face, allowing our hero to cause a distraction by applying the mask on an unsuspecting foe.

As Telltale Games pivots towards The Walking Dead, Game of Thrones and other deadly-serious graphic adventures, it's nice to know that there are still people making games with a sense of humor. By combining 2D platforming and point and click puzzles, Stick It to the Man is able to make a game that is the best of both worlds. It's an accessible story that is consistently funny and easy to play. For all the people who have dreamed about a Psychonauts clone that plays like Bionic Commando, this sticker is for you.