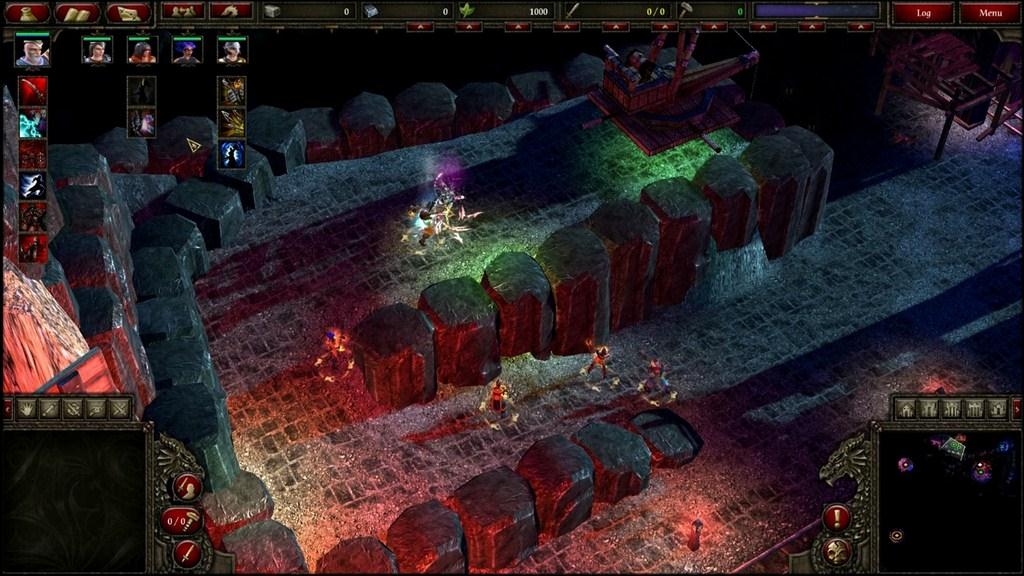 Written by Tom Bitterman on 9/10/2012 for PC
More On: SpellForce 2: Faith in Destiny
There are a few things one does not do: walk into Mordor, for example, or fight a land war in Central Asia.  A reasonable addition to this list would be: don't wait 6 years before producing an expansion.  Yet this is what the developers of “Spell Force 2: Faith in Destiny” (SF2:FID) have done.  It does not go too well for what was, at first release, an innovative RPG/RTS hyrbid.

The initial problem is that the game pretends that you just finished the previous installment, so all the characters and plot points are fresh in your head.  I didn't, and they weren't, so there was some frantic googling going on.  At least for a while, until I got tired of popping out of the game world every time someone mentioned something or some place I did not recognize.

Luckily I did not miss much.  The story itself is standard fantasy fare.  Demons infest the countryside, some of the old magic has broken down, the land is being menaced by a nameless shadow, and you are of course the only one who can save the world.  Being cliche does not necessarily mean being bad, however.  Well-worn stories are well-worn for a reason – people like them.  A lot rests on how well the story is told

In this case, the story is told poorly.  The voice acting is bad enough to be funny at times.  The parts of the game where you interact with NPCs are poorly animated, with little to no lip movement, clunky character movements, and just all around bad animation and character modeling.  They serve to give the character things to do and move the plot along to an unsatisfying conclusion, but are in general nothing to look forward to.

The problem with graphics is a constant throughout all phases of the game.  It looks like (SF2:FID) is using the original engine from way back when.  The original engine was pretty good for its time, so it doesn't look as bad as many other 6-year-old engines might, but it really could have used some work.

The combat system is also unwieldy.  Simply put, combat in a real-time RPG depends heavily on the use of hotkeys, and this game has no customizable hotkeys (and not enough pre-defined ones).  This can make the RPG-style combat portion more taxing than necessary, especially if one is attempting to control not just the main character but also their companions. 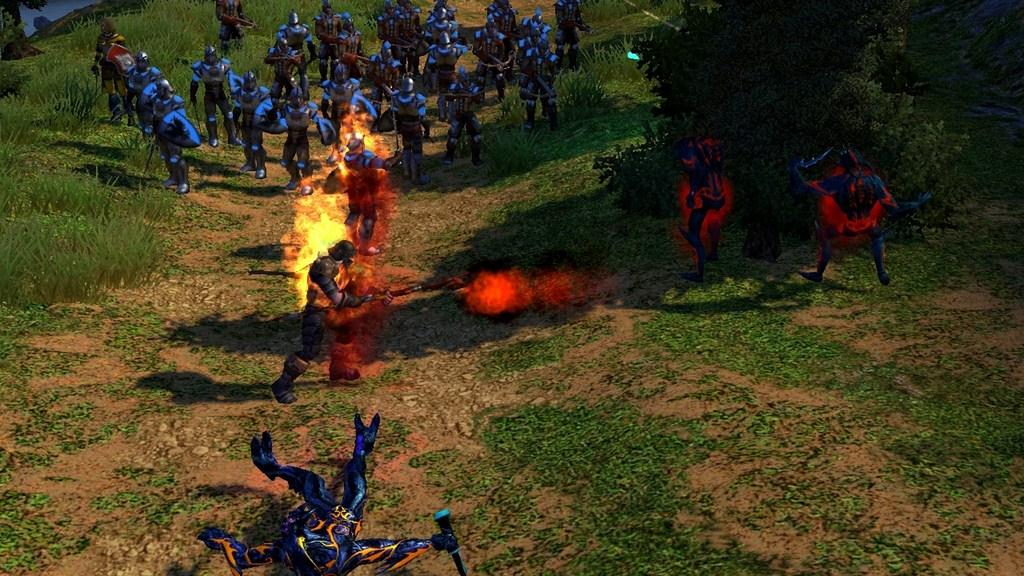 This is too bad, as the skill trees are interesting and full of neat things to be/do/use.  The main paths are archer/melee/magic-user, but the player is free to invest skill points in any of those paths.  A jack-of-all trades character will never get the highest-level spells or the best attacks, but will also never be caught without some useful skill in a given situation.

So we have a mediocre RPG with outdated graphics and a clunky combat system.  But this is an RPG/RTS hybrid, right?  Perhaps the RTS side will make up for it?

Sadly, no.  At certain points in the campaign your character takes control of a base and has to do the standard RTS base-building drill: gather resources, build units, and crush the enemy forces.  It is a nice break from the RPG aspects, if you were looking for a break from them.

The RTS side is nothing to write home about, either.  It is a very standard RTS system, with a seeming variety of units that, in the end, make each side play pretty much like the other.  There is nothing innovative in the combat, resource management, or user interface systems.  The goal at each base is the same: build a bigger army, send it against the enemy, and you will win.  Even then it is not a sure thing.  Some of the scenarios play out straightforwardly, but others have hidden triggers that, when tripped, can cause no end of grief.  When this happens the only real solution is to load a saved game (if you can find a reasonably recent one, no small feat) and start things over from there. 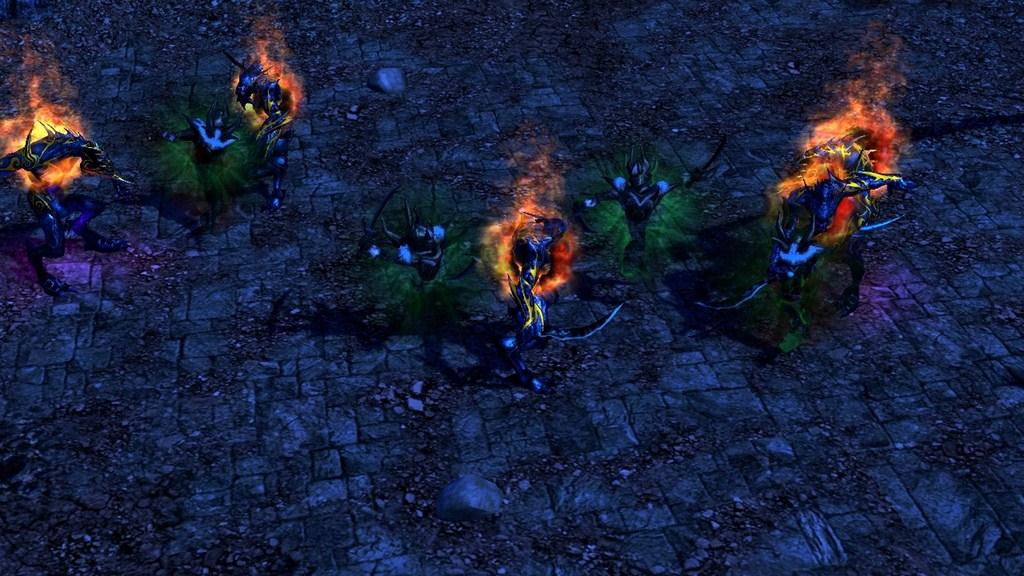 SF2:FID is not an entire mess.  There are some good tools here for modders, so you can expect that there will be additional stories, places and monsters coming out of that community for a while.  And the RTS side provides a multiplayer option so you can get online after finishing what is a rather brief game (10 hours or so if you plow through it).  The price is not too bad, at 20 bucks.

Maybe it is unfair to compare an expansion against an original, especially when the original came out 6 years ago,  If SF2:FID had come out in 2007, it would have been heralded as another step forward for the Spell Force franchise.  At the time both the RPG and RTS facets of the game were comparable to the better games on the market in their respective genres.  Now both aspects are dated and other games have entered the RPG/RTS hybrid arena.

As a final insult the game is buggy.  There were several times (especially after loading saved games) where I was unable to scroll the screen or select characters.  A reload or two fixed the problem, but this is a pretty basic flaw.

In summary, then, SF2:FID is a mediocre RPG and a mediocre RTS together in one package.  The story is bland, personal combat is too click-y, and RTS combat is pedestrian.  And it doesn't look too good, either.
Below average and short with a few bugs. Pretty much everything about this game says “substandard”.