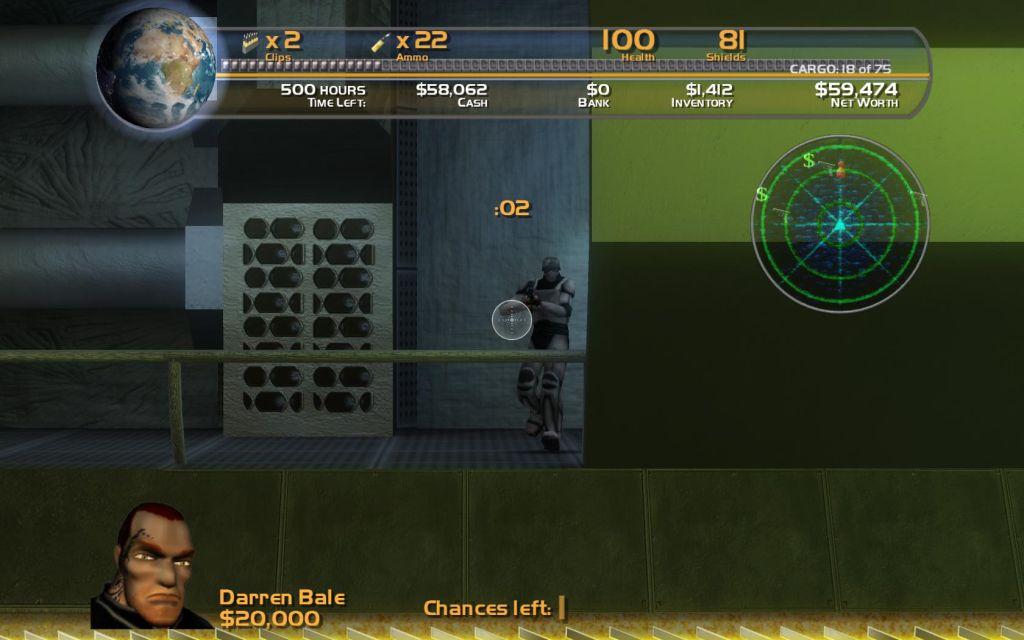 Written by Tyler Sager on 1/28/2009 for PC
More On: Space Trader
Space Trader, from indie developer Hermitworks, is one of those games that attempts to combine two hugely different genres of game into one. Generally, I applaud this tactic, and many times a title can end up being one of those “chocolate in peanut butter” moments. However, in combining a genre I often enjoy, that of a trading sim, with a genre that often leaves me wanting, such as an FPS, Space Trader ends up missing the mark.

As a budget trading sim, Space Trader is decent. Players take on the role of an ambitious, up-and-coming merchant wanting to set themselves up in the galaxy. To do this, it’s the time-honored tactic of “buy low, sell high”. Players may purchase goods from several different merchants at each location, and then travel from planet to planet to try to unload their wares. Upon arrival at a new destination, a quick update is given concerning the current price changes for the cargo, and players may then decide to sell or eat up precious cargo space by hanging onto their goods for a better deal. Speaking with the locals and listening to news reports can sometimes give hints as to how a particular good’s value will move, but much of the time prices seem to be heavily dependent on random chance. A time limit is in effect for the scenarios, so traders must accrue a target amount of funds with as few planetary hops as possible. 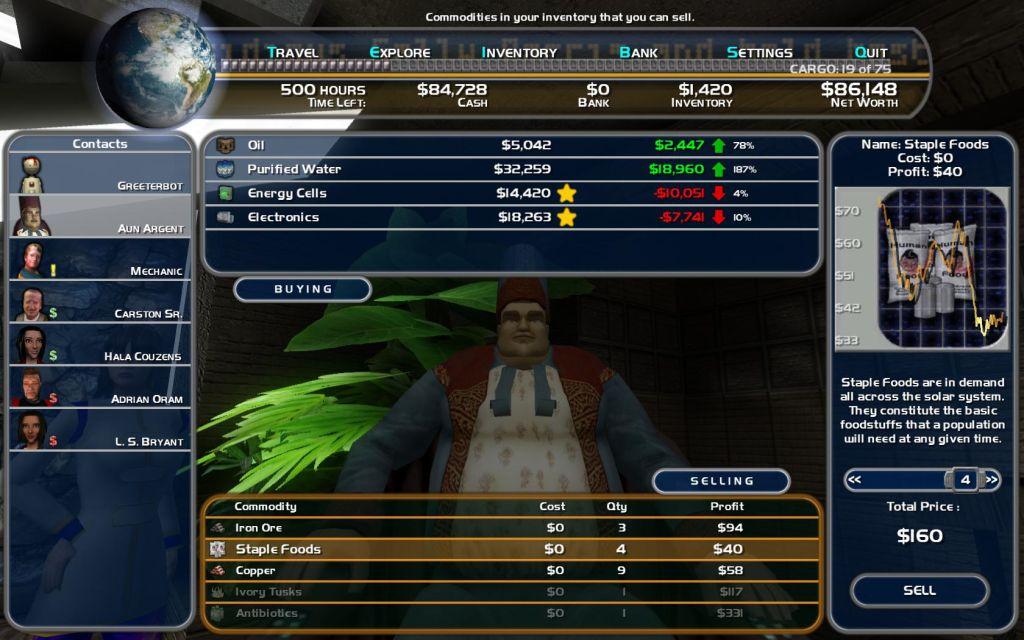 As the game is built like a First Person Shooter, players can wander around various space stations to speak with the merchants and to gather goods which, for whatever reason, seem to be sprinkled about the station. Should this get tiring, players can fast-travel between merchants with a mouse click, making buying and selling quite a quick process. A moral dilemma crops up, as players must decide whether or not to become purveyors of illicit goods (and tempt fate and the local authorities in the process). Honestly, I didn’t have too many problems with illegal trading, but other’s mileage may vary. Whether good or shady, players continue this buying and selling until either the goal is met or their time runs out. Annoyingly enough, there is no manual save during a mission, so a bad move or two could mean replaying an entire scenario from scratch. The game does autosave at certain points, however, so a mission can be completed in more than one sitting.

Should players tire of trading (in a game called Space Trader?), they may undertake one of the plentiful first-person shooter missions sprinkled throughout the game. These missions quickly become repetitive, and I swear each and every person with a bounty on their head lives in exactly the same style building, regardless of the planet. These bounty missions seem to be a throwback some 10 years or more in FPS gaming, feeling much like those titles that quickly lost my interest back in the mid 1990s. Spawn points, spinning weapon upgrades and health pickups, and a clunky interface made for a subpar experience. Players also get three “lives” per mission, which I found just plain silly. However, players can pick up a nice amount of money and trade goods from these outings, so they may be worthwhile if one can stand the tedium. Thankfully, canny trading can carry the day for most of the scenarios, meaning I could avoid many of the FPS outings. 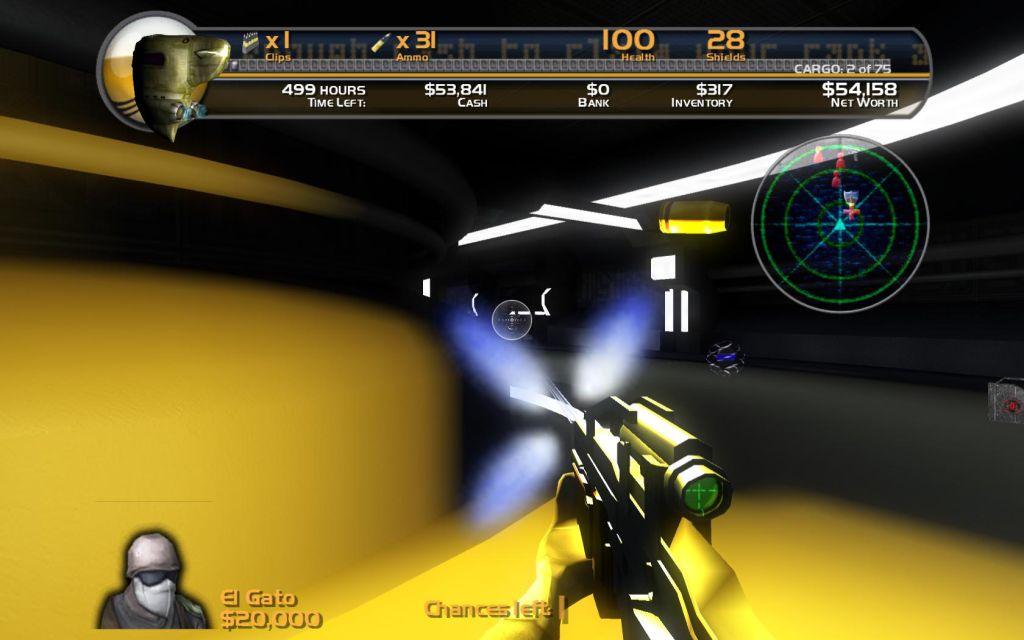 Both graphics and audio are a bit of a letdown, but not too bad for an indie title. I must admit, I would have much preferred static screens and a deeper trading mechanic rather than the mish-mash of genres we get here. I found the difficulty to be a bit on the high side, especially given the lack of a manual save feature. Too many times I made a bad decision and had to spend another hour retracing my steps.

As a budget title, Space Trader may be worth spending an afternoon or so. And should one find themselves somehow enamored with the title, there is a lot of replayability here. For me, however, I quickly grew tired of the whole ordeal, which is unfortunate since I saw a lot of potential and a few glimmers of humor and wit. For the price it may be worth a look, but for me this title will be quickly forgotten.
A halfway decent trading sim marred by a marriage to its FPS trappings.