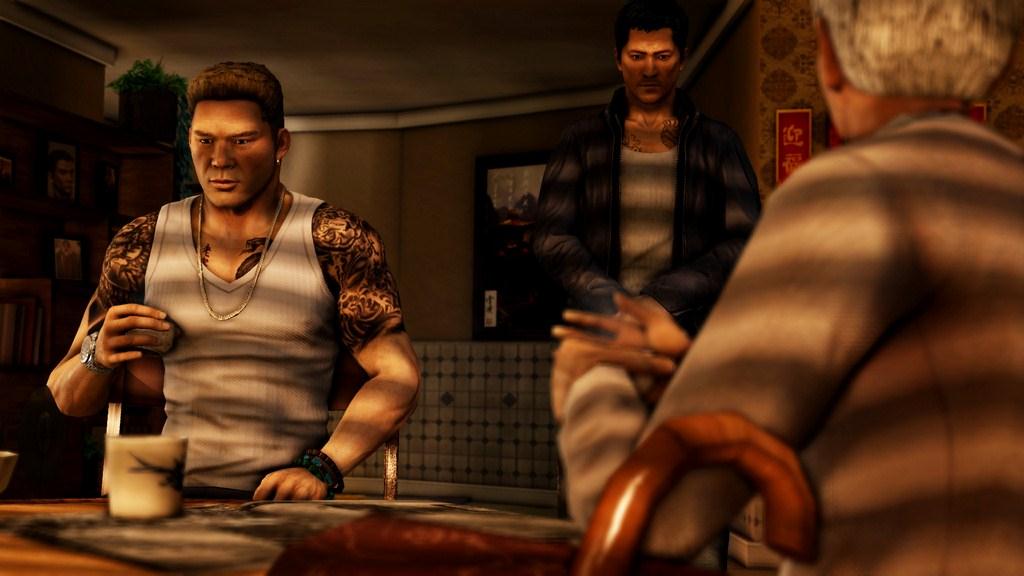 Written by Travis Huinker on 8/23/2012 for PC
More On: Sleeping Dogs
Sleeping Dogs began as an original intellectual property by developer United Front Games, which was later changed to True Crime: Hong Kong as a decision from Activision in hopes the name would draw more interest and potential sales. After the publisher canceled the game's production, Square Enix bought the publishing rights for the game resulting in its restoration to the original intellectual property. It's fortunate that Sleeping Dogs secured a new lease on life after almost certain death in an industry where canceled games rarely ever return from the grave.

Set in a fictional version of Hong Kong, Sleeping Dogs has players assuming the role of Chinese-American police officer Wei Shen as he begins his undercover assignment of infiltrating the Sun On Yee Triad. In the narrative's course, players are introduced to characters on each side of the law with shady criminals and detectives. Shen's return to his home of Hong Kong after years of living in America requires him to confront the many demons of his past from the death of his sister to ties with past criminals. As he gradually ascends rank in the Sun On Yee, Shen is often conflicted between the his roles as a police officer and what is required of being a Triad member.

Most open world games often suffer from a sporadic pace in which the narrative often functions as being less important than random acts of chaos or locations in the environment. Even with an array of optional missions and various activities scattered around the city, the narrative offers an enthralling and well-paced adventure until the credits roll. The impressive performances by Shen and others in the cast of characters along with an engrossing and visceral narrative combine for one of the most memorable experiences this year in gaming.

As in other open world games, Sleeping Dogs populates the mini-map with various markers for primary and side missions, mini-games, clothing and food vendors, garages, collectibles, and others that continually appear during the narrative's progression. Along with the primary story missions, police cases are available that differ in that they require investigating different leads around the city. The methods of level progression are split into three categories of Triad, Police, and Face experience points. Story and police case missions reward players with both Triad and Police experience points based upon actions taken while completing objectives ranging from performance with hand-to-hand encounters and takedowns to avoiding damaging property or running over civilians. If players act more violent in missions and ignore the laws, more Triad experience points will be gained than in the Police category. Each character level earned with experience points award players with a selection of skills that vary from the ability to hijack moving cars to more advanced martial arts moves.

In addition to the Triad and Police categories, Face experience points are awarded through completing an array of side missions from stealing cars to assisting fellow Triad members. Levels earned from Face experience points unlock additional clothing and cars at vendors across the city. Mini-game activities include fight clubs, karaoke, gambling dens, street races, and others that are scattered around the city, with each providing additional Face experience points and money. With the narrative alone lasting around ten to twelve hours and an extensive amount of additional tasks to complete and collectibles to discover, Sleeping Dogs delivers an immense amount of engaging and worthwhile content. 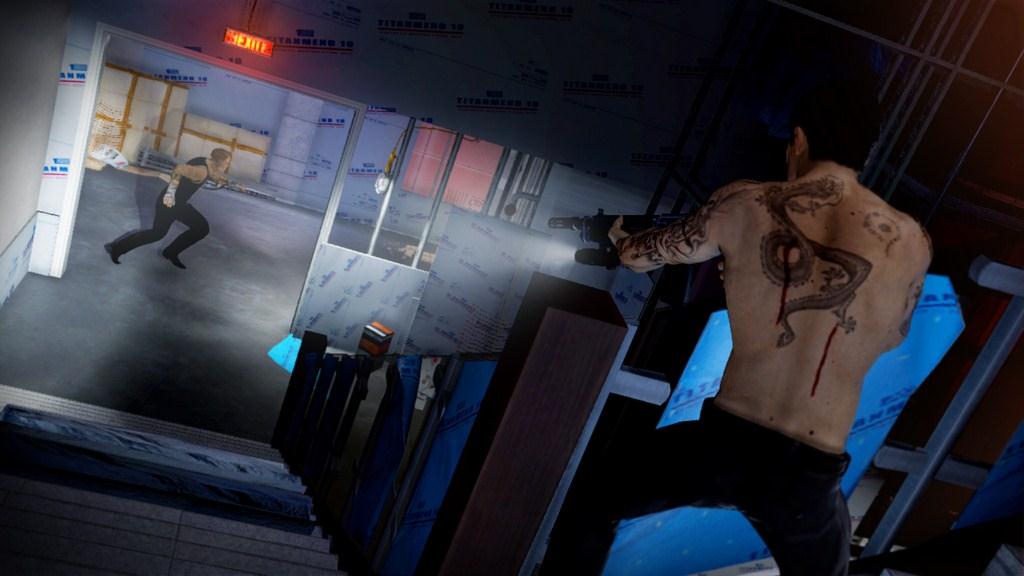 Combat and vehicles are key components in determining the quality of an open world action game. Fortunately, Sleeping Dogs delivers in both areas with an addictive and brutal martial arts combat system and highly-satisfying driving mechanic. Martial arts combat in Sleeping Dogs borrows similarities from the system implemented in the game releases of Batman: Arkham Asylum and Arkham City. Shen can perform multiple martial arts moves from breaking legs to jumping kicks, while also having the ability to counter enemies that glow red indicating their about to attack. Additional martial arts moves can be unlocked through discovering hidden statues and delivering them to a master trainer within the game. As well, enemies can be grabbed and smashed or thrown into dangers spread about the environment. From the beginning, encounters with a few thugs quickly escalate into armies of hardened criminals awaiting their turn to punch and kick Shen.

While driving in digital Hong Kong, players can select from vehicles ranging from fast-moving sports cars and motorcycles to clunky buses and vans. Cars perform exceptionally well with drifting around corners, even while under attack from pursing police forces. The most noteworthy and exciting feature with driving in Sleeping Dogs is the ability to jump from one moving vehicle to another. Chases will appear frequently in missions, which often require trailing another car to find an opportune moment for a high-speed hijack. 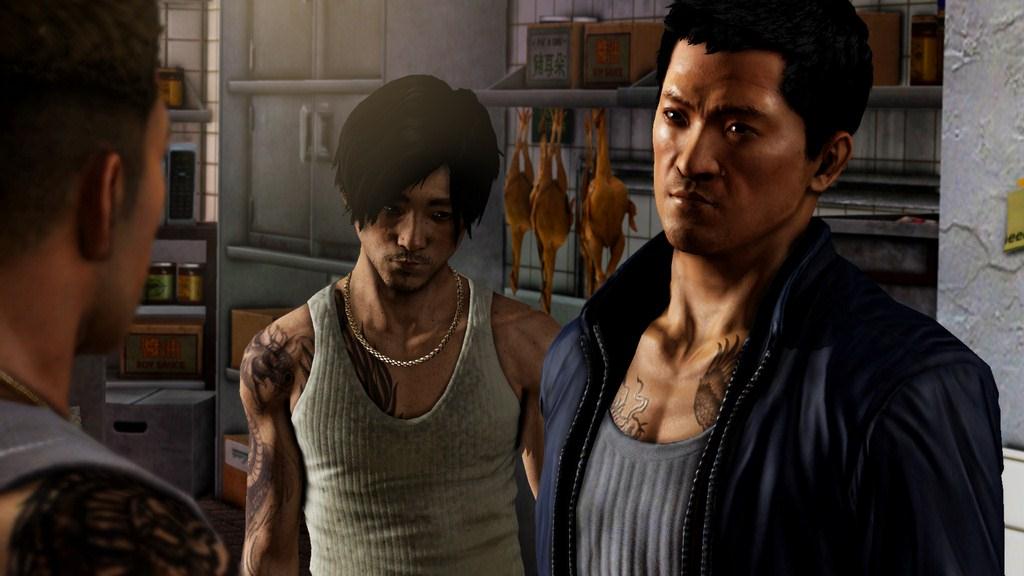 Sleeping Dogs differs greatly from other open world action games with how guns and melee weapons function during both missions and while roaming the city. Weapons of any kind are only attainable once dropped from other characters or when placed around the environment during special mission circumstances. Outside of missions, players must fight police officers or gang members to attain weapons. Both guns and melee weapons are only useful for a limited time as ammo isn't able to be purchased from stores and items like knives or cleavers break from short use in combat. Martial arts as the focus of combat works exceptionally well, especially once additional attack and counter moves are unlocked for use in combat.

Even if Hong Kong isn't an accurate representation, the digital equivalent in Sleeping Dogs is a sight to behold with endless streets drenched in neon lights and signs while sidewalks, alleyways, and markets are cluttered with a wide range of people going about their business in the bustling city. As night envelops the city and rain begins to fall, the streets become a vibrant combination of neon reflections in puddles and citizens covering their heads with newspapers and umbrellas. The Sleeping Dogs version of Hong Kong is home to four distinct sections that differ in both appearance and vendors available to the player. Hong Kong is a refreshing setting for open world games that seem to stay firmly based upon cities in the United States. From steaming noodle shops to rows of cars awaiting street races at night, Sleeping Dogs provides players with an engrossing playground that's dripping in detail. 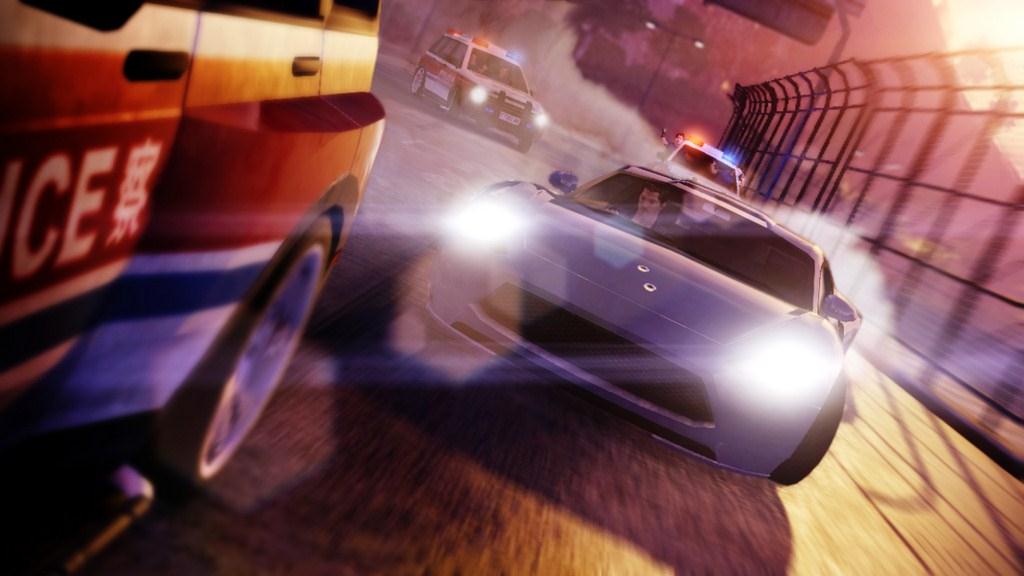 Music was one of the greatest discoveries in Sleeping Dogs with its wide selection of songs that perfectly complement the game's atmosphere. The radio stations vary with genres ranging from funk and rock to classical and easy listening. All of the music tracks fit well with the game's setting and various narrative moods that result in many welcome playbacks. Future open world games need to take note of two features introduced in Sleeping Dogs which include the abilities to adjust the radio volume in-game and view the current track title and artist. Multiple occasions were simply spent driving around the city while listening to catchy music tracks and absorbing the city's many stunning views.

One area that deserves highlighting is the impressive job that Square Enix performed at porting Sleeping Dogs from consoles to PC. Most noteworthy is the release of a day one high resolution texture pack that greatly improves the game's visuals and overall experience. With crisp graphics, fast performance and frame rate, and support for additional features including DirectX 11 and multi-monitor setups, Sleeping Dogs should be less considered a port and more a proper PC version of the game.

While Sleeping Dogs doesn't offer any revolutionary breakthroughs for the open world action genre or be completely void of bugs, both the gameplay and presentation succeed in providing players with an exceptional gaming experience that remains memorable beyond the credits. Fans of open world action games shouldn't hesitate to plan an extended vacation to the neon-lit streets and crime-ridden alleyways of Hong Kong and discover for themselves the captivating narrative and gameplay of Sleeping Dogs.

Sleeping Dogs is available now for Xbox 360, PlayStation 3, and Windows PC.
Sleeping Dogs provides players with an engrossing narrative set to the atmospheric and richly-detailed backdrop of Hong Kong. An extensive array of additional missions and activities ensure there are always opportunities for further adventure and action to discover while roaming the streets. Along with an impressive presentation for both the visuals and music, Sleeping Dogs is without doubt the sleeper hit of this year for open world action games.