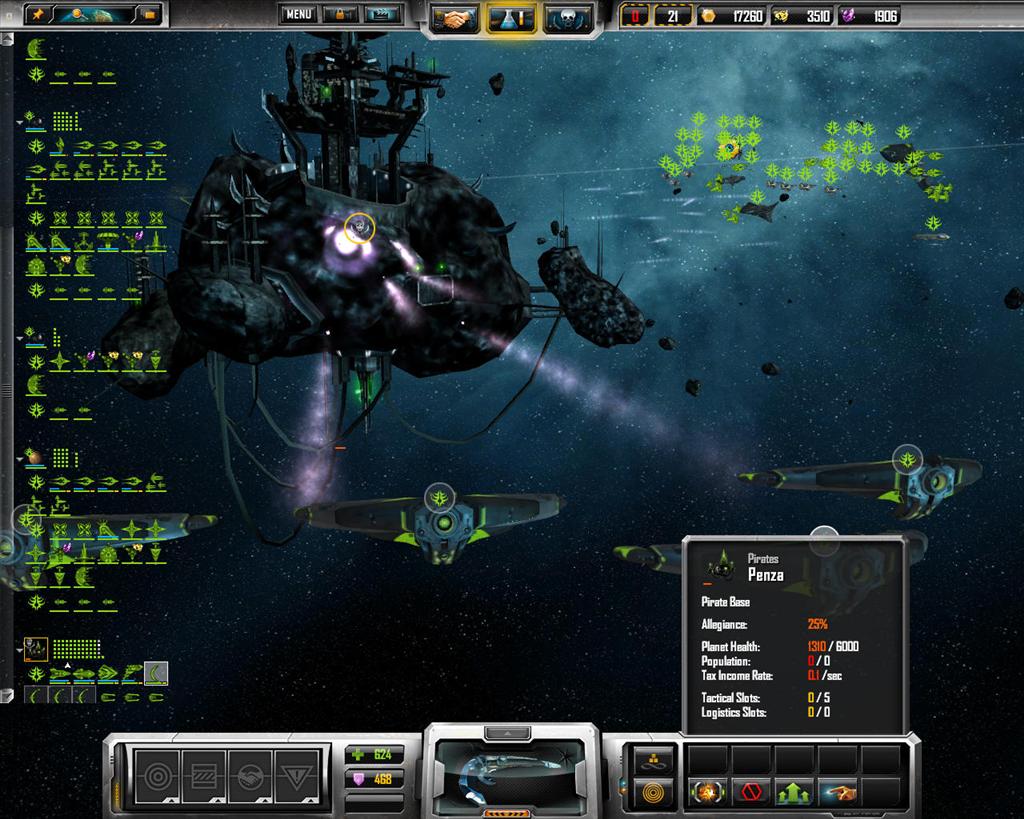 Sins of a Solar Empire

Written by Tyler Sager on 3/5/2008 for PC
More On: Sins of a Solar Empire
It’s always a great pleasure when a game lives up to, and surpasses, its hype. I’ve been watching Sins of a Solar Empire for few years now, first reading snippets of news, then following the beta development from the rough early product to the polished final title. And each time I encountered some aspect of the developing game, I became more and more excited. And what’s not to be excited about? A RTS/4X hybrid? Galactic space-opera? Almost everything I could want in my game. Well, Sins has finally been released, and I’m happy to say that Sins of a Solar Empire meets and exceeds all my expectations.

Sins has been touted as an “RT4X” game, a mix of the more-familiar RTS and turn-based 4X genres. And this combination of strategy genres works surprisingly well. Paced much like its turn-based brethren, Sins of a Solar Empire starts players with an initial planet, a few ships, and a great big (or manageably tiny) galaxy to conquer. Players gather resources, build impressive fleets of a nice assortment of ship types, explore, expand, and exterminate their neighbors in an effort to bring their dominance to the stars. While much deeper and more involved than a typical RTS, Sins doesn’t get bogged down with the heavy micro-managing details that befoul many 4X titles. Instead, Sins walks that fine line between the two, allowing players to field huge fleets of units, quickly and efficiently advance their technologies and build up their planetary infrastructure, and even carry out some simple diplomatic relations between the various warring factions.

None of this would be possible without a fantastic interface, possibly the most impressive aspect of the game. Sins’ interface allows players to quickly and efficiently manage dozens of planet, hundreds of ships, and control and coordinate battles on several fronts at once. A spin of the mouse wheel or touch of a hotkey allows players to zoom down to strike-fighter level control, watching and controlling battles from mere meters away, while another click pulls the view to light-years away, giving an overall picture of the entire galaxy, with no loss of control or information along the way. The Empire Tree, a clever system of icons along the left side of the screen, allows for the coordination of the entire empire, and information is readily and clearly available. There is a sizeable learning curve to begin the dance through this interface, but once that is overcome, controlling Sins of a Solar Empire is almost a thing of beauty. 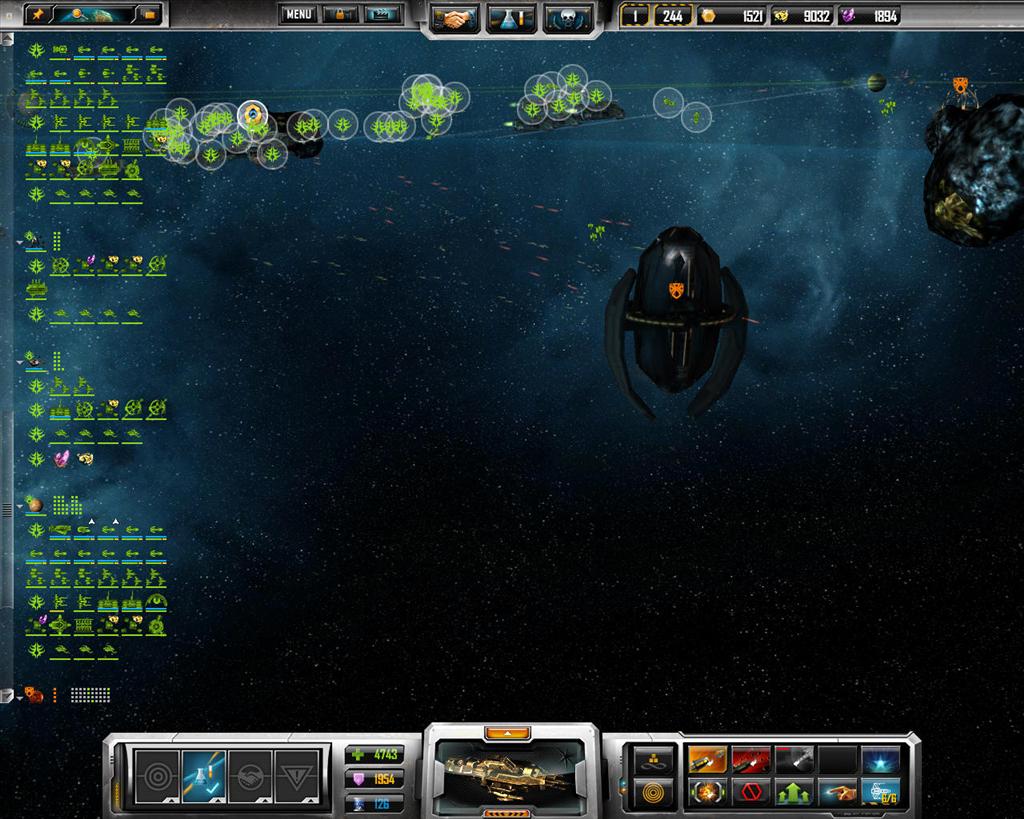 And I’m not using that term lightly. Sins is a beautiful game. Everything looks and sounds great. From the highest zoom, watching spectacular battles of hundreds of units unfold, to the galaxy-spanning overview, Sins is one of the best-looking strategy games I’ve seen in quite some time. And this doesn’t come at a computer-resource cost, either. Sins is designed to run on a variety of machines, from bleeding-edge to slightly-dated, a wide range of computers can run this title at a very playable rate. Sure, the high-end computers are going to look all the more impressive, but even with the mid-range machines things look great. It’s a treat when developers realize that most players can’t upgrade their systems each year.

The three playable races seem fairly well balanced, giving players a nice choice to fit their play styles. A few of the races “super abilities” seem a little overpowered at times, and as I’m playing I’ve been noticing some additional imbalance in unit strengths and weaknesses. However, Ironclad Games is a company that has shown it listens to its players, and as we find these slight glitches and hiccups, these issues will likely be resolved in future balancing tweaks. And as it stands, the game plays incredibly well even with these issues. The AI is quite good, and does a great job handling the nuts and bolts of unit control and attack. This is a necessary thing, as players cannot orchestrate the minutiae of a few hundred units in a battle while simultaneously running an empire. As far as the empire-controlling AIs go, they’re also strong, but (of course) not as strong as a good human opponent. But finding a human opponent isn’t too difficult, as long as everyone realizes that these matches are quite a bit longer than the typical RTS. Thankfully, matches can be saved and reloaded at a later date, since some of the larger maps can take many, many hours to complete.

I would have liked to see a single-player campaign to round things out, but with the plethora of randomly-generated and pre-generated maps included with the title, there are hundreds of hours of gameplay and plenty of sleepless nights to be had. Sins of a Solar Empire is a blast to play, a wonderful blend of RTS and turn-based goodness. This is a sure bet for 4X fans and those looking for a very meaty RTS experience.
A great blend of RTS and 4X galactic conquest goodness. With a little upfront effort to get over the learning curve, players will soon see many hours of free time melting away in that “just one more planet” bliss.