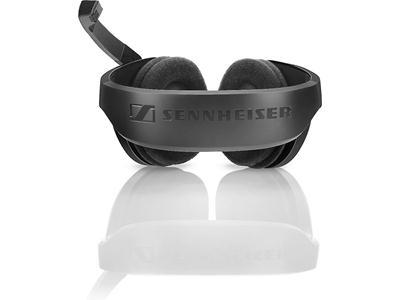 Every gamer who owns more than one console to game on has probably asked this question more than once:  Why aren't there more cross-platform accessories?  It's a very valid question, especially since there are many third-party companies out there who will make accessories that are specifically tailored to one specific console or platform.  Sennheiser, the Germany-based audio manufacturer, jumped into the gaming arena not too long ago and presented gamers with at least one option for a multi-platform headset in the form of the U320 Gaming Headset.

The U320 is meant to be a universal headset for gamers who enjoy quality audio but aren't specifically tied down to one system.  Designed with adapters that will make the transition from PC to Xbox 360 and Playstation 3, loss of audio quality is a thing of the past.  Before jumping into the actual impressions, let's take a look at some technical specifications of the U320 and break them down.

None of the technical aspects of the U320 truly stand out over any other headset as these are pretty typical of the industry when it comes to straight-audio headsets.   The sensitivity, at 113 dB, however, is a little higher than normal and does make the quality a little more impressive at lower volumes. 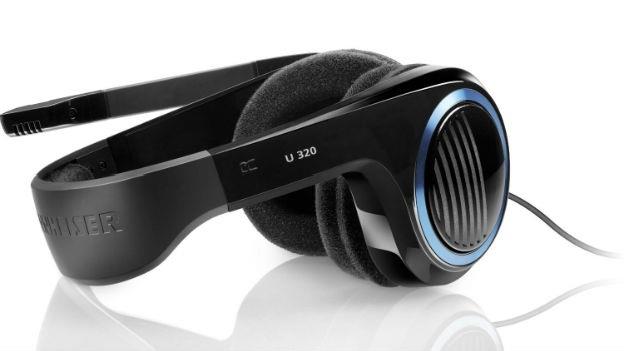 The microphone really is the star of this show, in my opinion.  Testing out the microphone on applications such as Ventrilo and Skype registered clear-cut audio with absolutely no issues of background noise.  Recording, as expected, had no issues as well.  The beauty of the microphone arm, though, is the simple way to mute your voice:  Just raise the arm.  When the arm is in the raised position, it automatically shuts itself down without killing the audio to the earphones.  Simple, elegant, and easy.  Everything one would want.

The audio quality is clean and beautiful all in one nice package.  Several audio tests came from titles Final Fantasy VII, FarCry 3, and Guild Wars 2.  I did get maybe the slightest of distortion at higher levels when playing Final Fantasy VII via Steam, but it could have to do with older audio and the title perhaps not mastered for higher end sound cards.  Either way, the distortion was very, very minor. Whether the title was on PC or on console, the audio was crisp and clear.

If there is a negative that sticks out, I will say that the length of the audio cable can be frustrating if the PC tower a gamer is using it on is directly below or near them.  Of course, the reason for this is the need to have a long enough cable to run across the room for console gamers.  Yes, it creates a nasty little trip hazard as if we were reverting back to retro gaming days, but it's a necessary design for the headset. 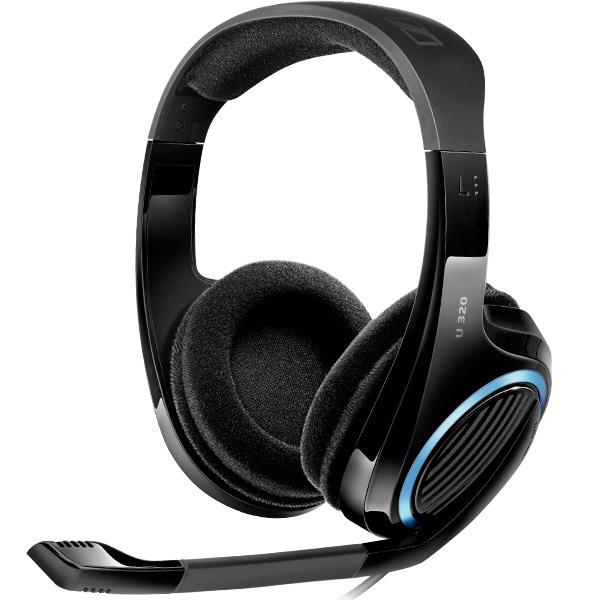 Audio control is taken care of via a dual-control device on the cord itself.  One volume control is for the game itself, while the second control is for player chat, allowing a player to independently change the volume levels without having to go into the game's settings or into their settings on Ventrilo/Teamspeek.  Just change the dial and away you go.

The Sennheiser U320 Gaming Headset is available at many locations currently this holiday season, including directly ordered from Sennheiser.com at a sale price of $135.96, which is very competitively priced for what can be considered a high-end gaming headset that takes care of all of a gamer's audio needs in one tidy package.

The Sennheiser U320 Gaming Headset is everything a gamer would want in an all-in-one audio solution.  With crisp audio, a noise cancelling microphone that gives precision when its needed, and comfort that is very underrated, this is a headset perfect for the gamer in need this holiday season.