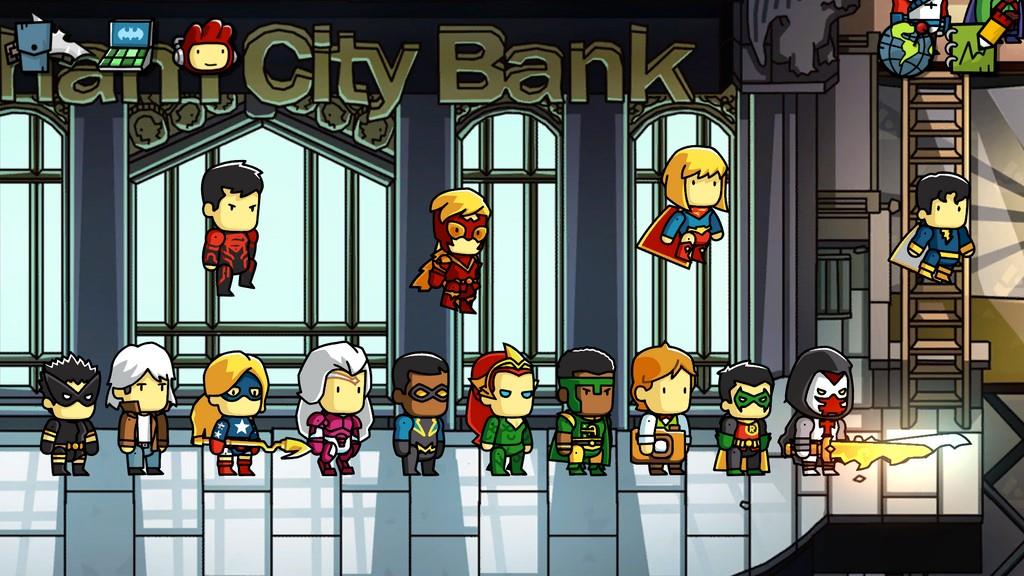 Written by Jeremy Duff on 11/18/2013 for PC
More On: Scribblenauts Unmasked: A DC Comics Adventure

The Scribblenauts universe has always fascinated me, ever since it started way back on the Nintendo DS. The premise makes perfect sense and was the realization of what I always thought the purpose of a video game was: an outlet to explore your imagination. Developer 5th Cell has crafted an exponential universe that is truly limited only by the player's imagination. Now that the series is focusing in on a more concentrated topic, the DC Comics universe, it becomes a little less expansive yet exponentially more entertaining... assuming that you’re a fan of Batman, Superman, and the rest of the extensive DC lore.

For the most part, if you have played one of the previous games in the series, particular Scribblenauts Unlimited, then you should know exactly what to expect. Once again you will play as the mischievous Maxwell who is armed with his trusty, magical notepad. Nearly anything that Maxwell writes into his notepad comes to life on the screen. If you need a weapon, write something like 'gun', 'sword', baseball bat', or even 'tank'. The game even allows you to incorporate adjectives into play, meaning a ‘knife’, ‘tiny knife’, and ‘giant knife” will yield different results.

You will still explore an seemingly open-world filled with people who have problems for you to solve. It is up to Maxwell, his notepad, and your imagination to solve as many of them as possible. While that basic premise remains the same, players now how a whole new universe of words to utilize in the game, literally, in the DC Universe. We're talking about thousands of characters and objects from the obvious to the obscure, all included for your summoning and usage in your adventure through some of the most famous DC-locales in existence. Be warned though, there is a lot of character variations included in this number, meaning you will find different versions of Batman, every Green Lantern you can imagine, and other varieties of individual personalities; there is still a lot of options for players, just don’t expect 2000+ individual characters and objects.

From a story standpoint, the game is the most basic of crossover tales; Maxwell and his friends (and enemies) have crash landed in the DC universe and quickly befriend Batman and the rest of the Justice League. Once again, Maxwell needs to collect all of the magical starrites that have been scattered around the world. Obtaining those pieces in this game is a little bit different than the past as each starrite is in the possession of a DC super-villain. It isn't just about helping random people with their problems, although you will do plenty of that, but also battling against the most dastardly characters in DC history alongside your favorite heroes.

The game does introduce a new concept to the formula with the reputation system, which is how you are rewarded for helping people this time around. The more people you help, and the more creative ways that you help them, the more points you earn. These points can be spent on things like reviving Maxwell when he dies or purchasing bonus content and costumes from the Batcave. It is an interesting concept and it really does a great job at pushing the player to be more creative in their problem solving. You are penalized for repeating answers or given strict guidelines by Mr. MXYZPTLK which may limit you on the types of solutions that you can use. Some of the restrictions may consist of things like only allowing you summon a particular gender of super hero for a certain amount of time or banning any and all weapons in a given world. If you keep your responses varied or manage to solve problems within the various restrictions, you will be rewarded with more points than usual.

Most of the puzzles are the usual, simple, Scribblenauts-fare, however 5th Cell has done a great job of incorporating DC-knowledge into the fold. There are some creative means of solving problems with solutions that only the most dedicated and faithful fans of the comic book giant would be capable of; finding these obscure references and solutions is part of the fun that only a true DC fan can get out of the Unmasked experience. Although, don't be put off if you don't have that knowledge coming in as the the game includes a rather extensive encyclopedia of DC-related information which you will unlock and have access to as you adventure through the game.

The gameplay feels quite a bit varied too thanks to the open-world approach taken here. Although you start out confined to Arkham City, you will soon be able to switch to other locations like Metropolis, Arkham Asylum, and even down to Atlantis, on the fly. Each time that you visit a set location, there will be new objectives and problems to solve. This encourages you to go back and forth constantly, which provides a nice change of setting which always seems to freshen up the experience. There is a mix of gameplay variation too as you will be doing a bit of fighting in addition to solving people's problems. Let's be serious, this is a super-hero universe after all and the only way to really take down the bad guys is to go toe-to-toe with them. 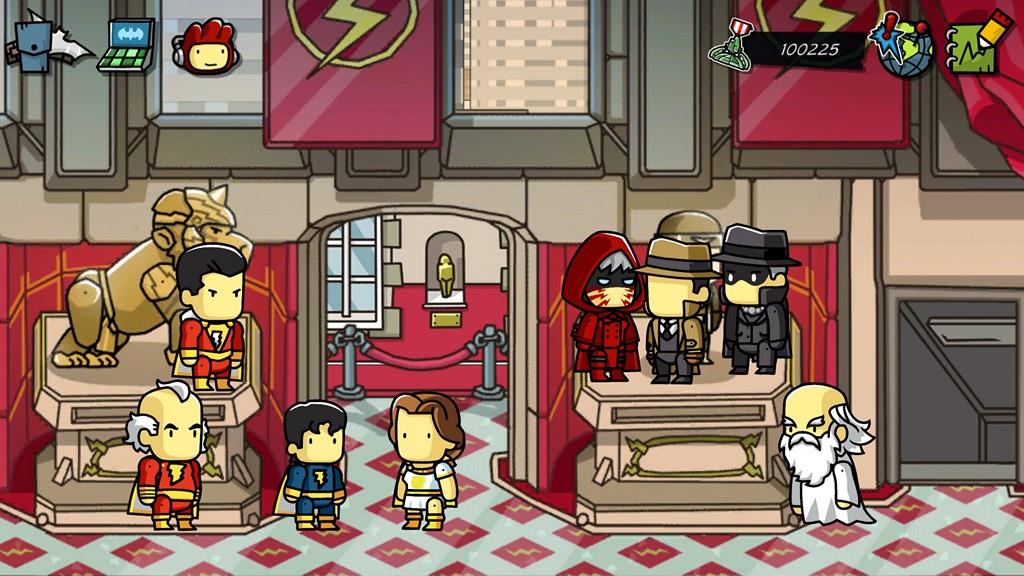 Sometimes the combat aspect can get a little annoying, because once you engage an enemy in a fight, it is seemingly impossible to get away from them without defeating them. This is actually the only real issue that I had with the game; some of the more aggressive NPC's would attack you while you are trying to solve a puzzle that doesn't involve fighting and you are forced to change your focus. Considering how "casual" the Scribblenauts experience has felt in the past, this is a little different than what I have been used to. It isn't anything that you can't overcome with some quick-thinking, just make sure to watch your back at all times.

Scribblenauts Unmasked is a nice addition to an already addictive series (Scribblenauts). However, it is a fantastic addition to the lineup of DC related games in the industry. This is one of the best things that could have happened both to Scribblenauts and to the DC universe. It's simple yet robust and extremely addicting; the possibilities of the experience are seemingly endless as you can get lost just playing around in the cutesy worlds that have been created here. DC fans in particular will find the game a little more enjoyable mainly due to the wide array of content that has been drawn in from every corner of that comic book universe. Even if you do happen to find "something" missing, like an obscure character, the ability to create and share them in the game's object editor, along with full Steamworks support, more than makes up for any oversights. I challenge anyone to spend some time with the game and not walk away with a smile, regardless of your age.