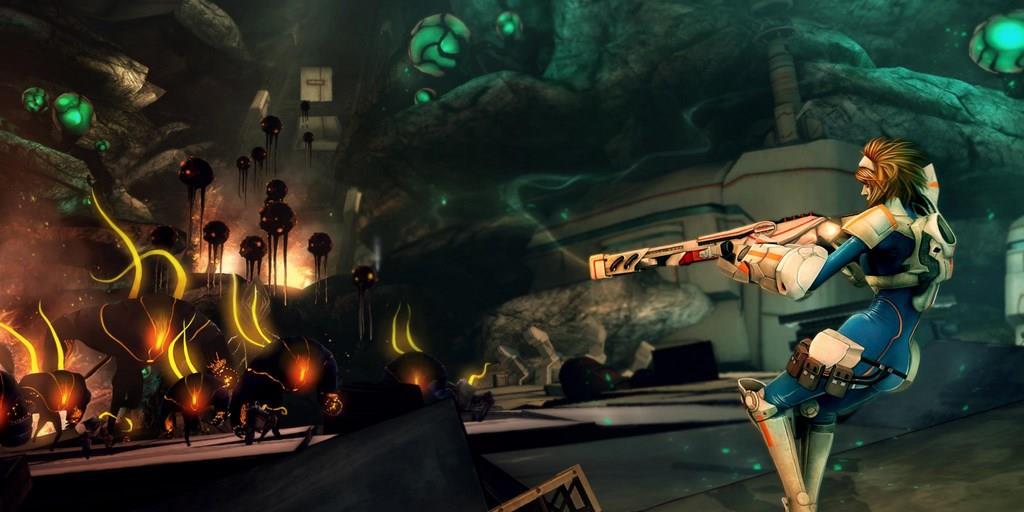 Written by Jeremy Duff on 7/17/2013 for PC
More On: Sanctum 2
The original Sanctum was a lot of fun. The tower defense and first-person shooting mechanics blended together nicely to create a surprise hit back in 2011. As much as I enjoyed the game though, I always felt that it could have been so much more. This wouldn't be the first time that we've seen this; there are a lot of times when an indie game fails to achieve its full potential. All fans can do is hope that if and when a sequel gets made, everything that could have been with the original becomes reality. That is exactly what has happened with Sanctum 2.

Sanctum 2 takes everything that was great about the first game and fleshes it out to a much more complete and satisfying experience. Instead of just playing as Skye, the roster has expanded to four different characters known as Core Guardians whose tale is told via comic book styled cut scenes. It is a forgettable story at best, but it at least provides some foundation for your adventure. Each one has their own specific traits and abilities, acting sort of like character classes. Skye returns as the default, most well-rounded character, while the others--Sweet, SiMo and Haigen--fill in as the up-close-and-personal/tank-and-sniper styled characters.

The class differences really only apply to the characters' primary (starting) weapons; you still get to choose from the various secondary weapons and perks that you unlock along the way by gaining experience, which we’ll cover here shortly. Unfortunately, all of the weapons "feel" the same; it doesn’t matter if you are sporting a pistol or a rocket launcher, they all have the same "weight" when you fire them. The weapons also utilize an odd reloading mechanic. When reloading on your own, they usually takes a few seconds before you are back up and in fighting gear. However, swapping out a weapon with a completely empty clip awards you with a full clip in your second weapon. It’s weird, and makes absolutely zero sense, but it also helps keep the flow of battle going as you cycle through your arsenal.

As for leveling and gaining experience, any levels that you gain apply to all of your characters; you don’t have to level up each one individually, which saves you some time. Achieving new levels rewards you with new items, turret types, weapon slots, and even special perks to give you a strategic advantage in battle. That doesn’t mean that you won’t be doing any grinding, though, as the game does force you to do some early on. This may perhaps be my biggest complaint. You are forced to spend quite a bit of time on the same levels almost right from the start. There seems to be some major skill gaps between what is required to complete two adjacent stages, which means you will need to beef up your skills and abilities before progressing.

That repetition is alleviated a bit thanks to the inclusion of "feats of strength"; these are game modifiers that you can trigger which alter different aspects of the game. One may strengthen enemies, speed them up, or even reduce your resources. Activating a feat also triggers an experience multiplier which increases the amount of experience that you will gain during that round.

The game plays out in two distinct phases: building and attacking. Building isn't based solely on resources but also tower allotments that you earn. This equates to you basically having two costs to pay for towers and defense; one is a financial cost and the other equates to physical supplies. Upgrades, however, are based solely on being able to pay the financial cost. Towers can be built on designated areas of the map in any layout that you see fit. You have to use this to your advantage to corral the enemies in a manner that makes them easier to slay.

This makes you think a little bit more about you placement of towers because there is a finite number of resources available in a given match; you don’t earn more based on the number of enemies that you defeat. However, they are shared among players regardless of how many people are in your game. Because of this, you want to be careful when playing co-op as players you don't trust may steal resources and lay them out according to their own plans and not working as a team--something that happens all too often online. If and when you manage to get together a game of trustworthy players though, the true charm of Sanctum 2 shines through. 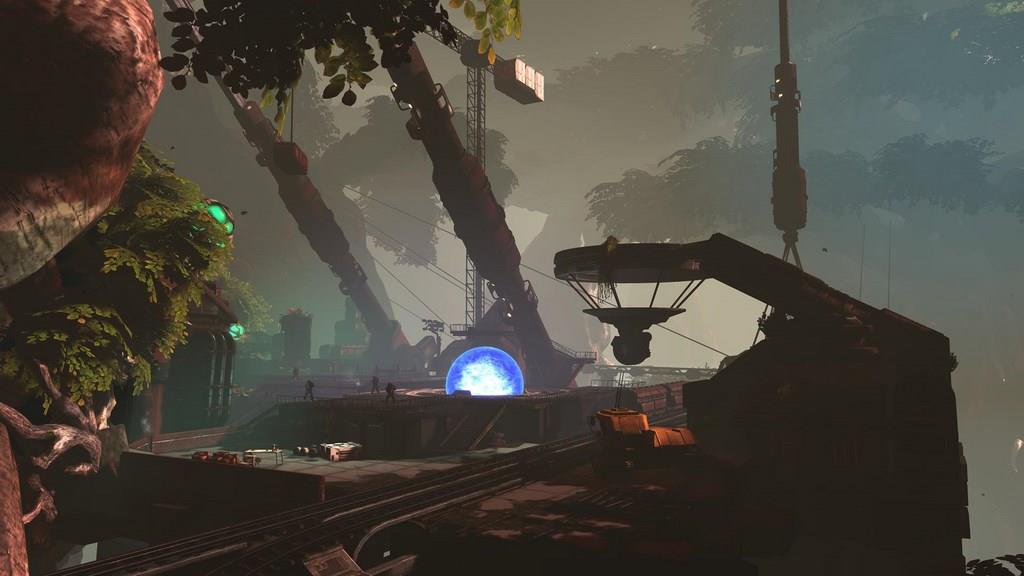 The second phase is where the game really picks up its pacing as it transitions into a full-blown first-person shooter. You have two weapons, one of which you get to choose. your primary weapon is dictated by your character of choice. The enemy variety is a bit limited for my liking but they all have a weakness to be found which is indicated by a glowing area, usually found somewhere near their back. It doesn’t take long before you feel like you’ve seen them all before. The goal with all of them is the same: keep them from reaching and damaging your core.

Aside from the expanded roster and deeper story, the sequel benefits the most from an added variety in the maps. The first game saw players replaying the same general (style-wise) area over and over, but there is a bit of variety in Sanctum 2. The map areas range from enclosed, laboratory styled layouts to overgrown jungle-like areas. This is something else that really helps to alleviate the monotony that arose in the first game. That, combined with all of the other features that have been added, makes for a fast paced, enjoyable adventure. Do know that the experience varies greatly when you play alone versus with a group of players; this is definitely a game that you need to bring along friends for in order to get the most out of it.

This all sounds simple and that is because it really is; the fun here is in the action. Sanctum 2 may be a straight forward and predictable experience, but it is also one that is a ton of fun when everything clicks into place. It is a nice twist on two of the most arguably overdone genres in the industry. Despite a few technical hiccups, like occasionally getting caught up on a random tower or environmental set piece, the game flows smoothly from start to finish. Regardless of which genre draws you in, the combination of the two is sure to please even the most jaded gamer.
While the first game was an enjoyable proof of concept, Sanctum 2 is that idea realized. A great experience all around, it brings the best of both the shooter and tower defense worlds together. Try to bring along a couple of friends for the adventure though, as they will make it exponentially more enjoyable.