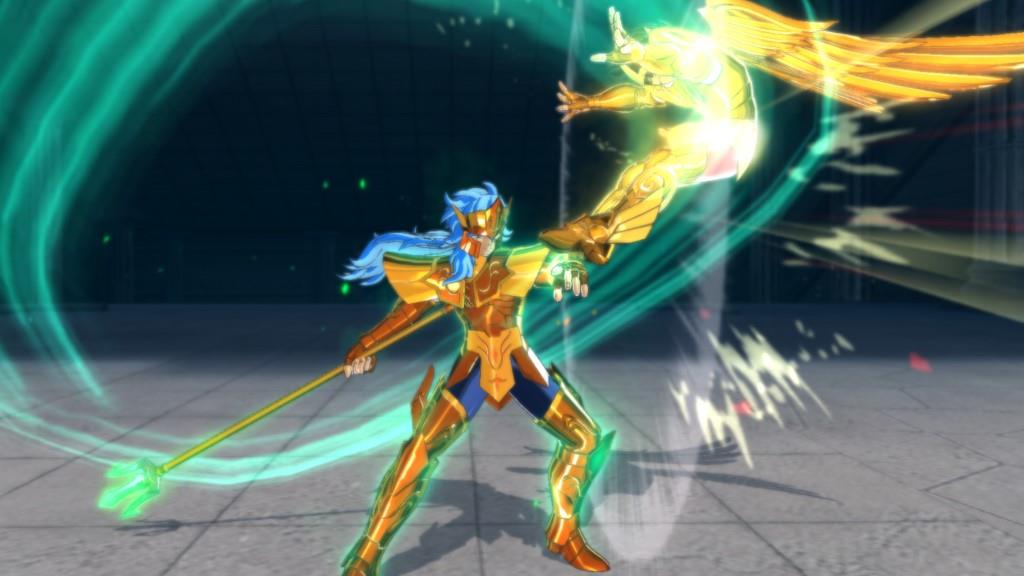 Despite having never seen the anime or read the manga, I knew exactly what to expect from Saint Seiya: Brave Soldiers. Call me cynical all you want, but I've played enough fighting games based on popular anime to know the formula. I readied myself for a simplistic fighting engine, lengthy conversations about nothing and a story that is impenetrable to anybody who is not familiar with the source material.

Perhaps one day I won't have that kneejerk reaction. There may come a day when I finally play an anime-based fighting game that completely breaks the mold, single-handedly reviving my excitement for the sub-genre. Sadly, Namco Bandai's newest Saint Seiya entry isn't the game that turns everything around. It's a long-winded slog that treads on all the cliches you've come to expect from recent Dragon Ball Z games.

Based on what I've been able to gather, Saint Seiya tells the story of five warriors who fight with a magical armor called "cloths." This armor grants the fighters special powers that lead to explosive over-the-top fights. It's really just an excuse to start a bunch of drama and get these overpowered combatants in the ring. Unfortunately, the whole thing devolves into lengthy long-winded conversations that will put everybody but the biggest Saint Seiya fans to sleep.

I'm sure there's an interesting way to tell a story about God-like fighters entering tournaments based on Greek mythology, but Saint Seiya: Brave Soldiers hasn't quite figured it out. The game's three stories -- the Sanctuary arc, the Poseidon arc and the Hades arc -- couldn't possibly be less appealing. Instead of cinemas, this game opts for still images and conversations that feel like they'll drone on forever. These conversations are often confusing, poorly written and petty. There has to be a better way to tell what should be a compelling story.

I would be able to overlook the needlessly long-winded story if the actual fighting was any good.  Saint Seiya: Brave Soldiers plays a lot like Dimps' Dragon Ball Z games. Most of the action is controlled using three buttons, two for melee attacks and one for special moves. On top of the basic and special moves, each fighter has a burst dash and a set of burst attacks. By filling up the Cosmo gauge, the player can unleash a "Big Bang Attack," which is just about the most spectacular thing this game has to offer.

Some might argue that the simplistic gameplay makes the fighting experience accessible and fun for the casual audience. This might be true, but I can't imagine anybody finding the shallow gameplay fun for long stretches. And it's not like the three story arcs are short; players will be fighting dozens of characters, often multiple times.  With almost no skill to the gameplay, I grew bored of the experience after only a few matches. 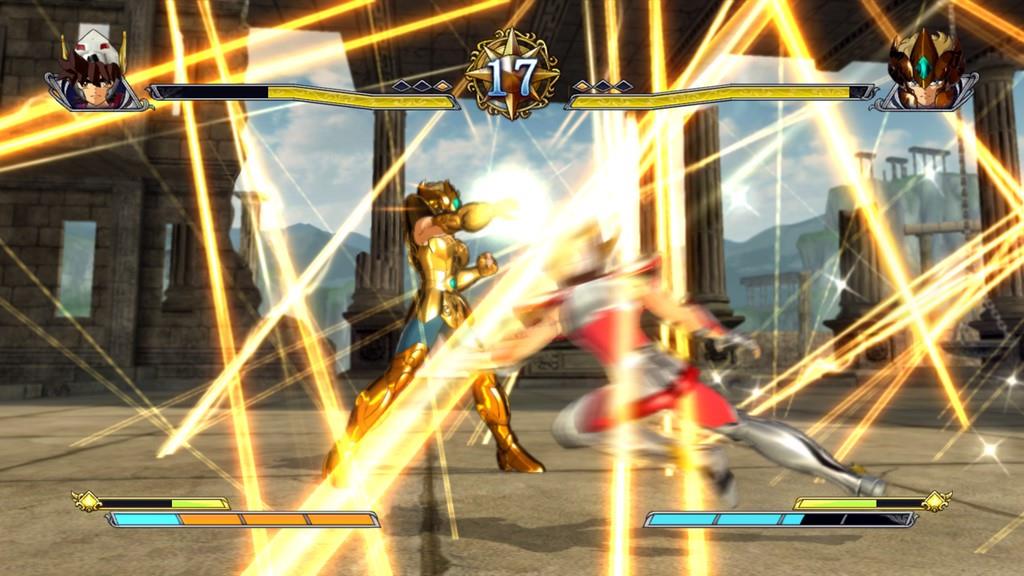 Saint Seiya: Brave Soldiers boasts more than 50 characters to choose from, though many are locked away at the start of the game. Playing through the various modes will unlock levels and fighters, though it's hard not to be disappointed by the lack of diversity. There are more than a few copycat characters, both in the way they look and the way they fight. There aren't many novelty characters and I found it impossible to connect with any of the supporting cast. Considering how rich Greek mythology is, it's amazing how painfully dull the fighters in Brave Soldiers are.

If the lengthy single-player campaign doesn't do it for you, there are a few other modes to extend the play time. The most interesting is the Galaxy War mode, which is a tournament mode that allows players to equip orbs to upgrade various attributes. And much like the survival, training and versus battle modes, this mode is marred by the simplistic gameplay.

While there are a few exciting moments, much of Saint Seiya: Brave Soldiers is bland. The characters are often colorful and well-drawn, but the worlds they fight in are boring. Past Dragon Ball Z games have masked their limited gameplay with buildings toppling, mountains exploding and other terrain deformation. But here we are in a closed-off arena fighting it out with characters that all look the same. It's a shame there isn't anything interesting to look at in the backgrounds.

For American fans of the series, Saint Seiya is a long time coming. This is not Namco Bandai's first crack at the series, but it is the first to show up in the United States. We weren't missing much, if Brave Soldiers is any indication. With its dull presentation, long-winded story and simplistic gameplay, I can't imagine who this game appeals to. I may have never seen the anime or read the manga, but I have no doubt that Saint Seiya deserves better than this mediocre fighting game.

Saint Seiya: Brave Soldiers is a fighting game based around Greek mythology and God-like characters that are able to perform magical acts. And yet somehow this translates into one of the least interesting fighting games on the market. This PlayStation 3-exclusive is long-winded, simplistic and not much fun to play!