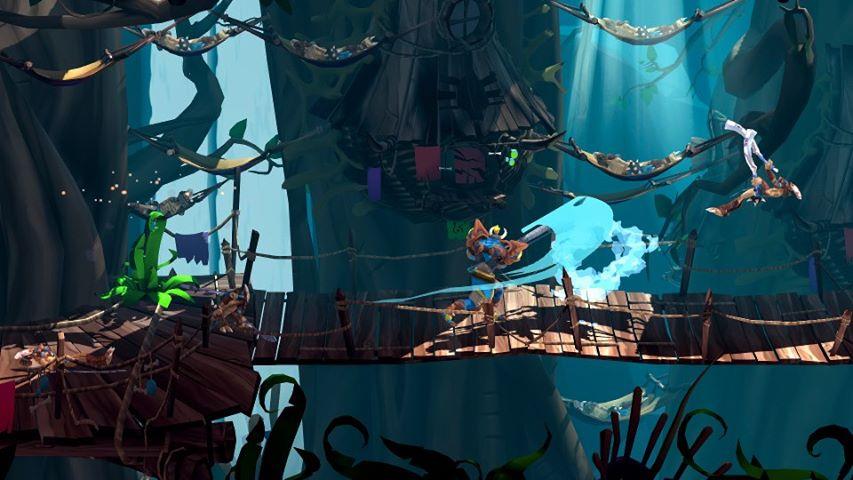 Written by Jeremy Duff on 5/31/2013 for 360
More On: Sacred Citadel
I have always been a  person who loves the concept of role-playing games, but I just don’t have the attention span to stick with them. John Yan, our senior hardware editor, thinks I have some form of gaming-ADD, and I might, but I need action if a game is going to hold my interest for more than a single session. The Sacred series is one of those that I have always wanted to be able to play, but I just couldn’t stick with it. When I heard that the franchise was making a genre-jump and taking its patented RPG elements to the side-scrolling beat’em up genre (one of my personal favorites), I got super excited. Now, here we are, several months into 2013 and Sacred Citadel is finally here. Don’t get me wrong, I thoroughly enjoy playing the game, but this isn’t exactly what I had hoped for.

So, what works? Well, a lot actually. Sacred Citadel is an incredibly solid beat’em up. You have multiple character classes, which include the traditional ranger, warrior, mage and the non-traditional shaman. From the base standpoint, they all play pretty much the same. Each one has the ability to duel wield a variety of weapons and equip different armor but once you tap into their special abilities they begin showing a bit of individuality. Their specialties are what really tie into their class categorization, with the warrior’s abilities keeping you up close and personal, acting as the tank of the group. The other classes give players a bit of range using both physical and magical means.

There are four distinct acts, each with their own stages within each. This means that there is a lot of ground to cover. They vary greatly in terms of their setting, keeping things interesting from start to finish. The stages also feature quite a bit of variety in terms of interactive elements such as hazards and vehicles (mountable creature and such). It is as fresh as any beat ’em before it, so fans of the genre know what to expect. The enemy variety is also on par with the average beat’em up. You will see a lot of character models reused but that is a trope of the genre. The one area that the game takes things to a completely new level though is with the incredible boss battles. There are truly some epic confrontations that take the experience a level above the traditional offering.

The adventure can also be enjoyed with your friends; it is actually meant to be. Online and offline play is available for up to three characters. Why there wasn’t four, considering that there are four different character classes, is beyond me. It plays pretty well over the Internet, however there is some noticeable lag. In my experience, the lag occurred mainly in the background animations and events, not effecting the actually battle that you were partaking in. This is a good thing, as it keeps things playable but just looks a little weird at times.

In these senses, strictly as a beat’em up, the game works very well. However, this is supposed to be a blend of the RPG and beat ’em up genres and in that sense, it leaves a lot to be desired. Sacred Citadel is a little too accessible for its own good. The game was billed as bringing the RPG elements of the Sacred series to the age-old beat ’em up genre, but that isn’t exactly what has happened here. In reality, there is hardly any depth added to the modern brawler with this project. Perhaps I had my expectations set too high, but the RPG elements of this adventure are minimal at best. 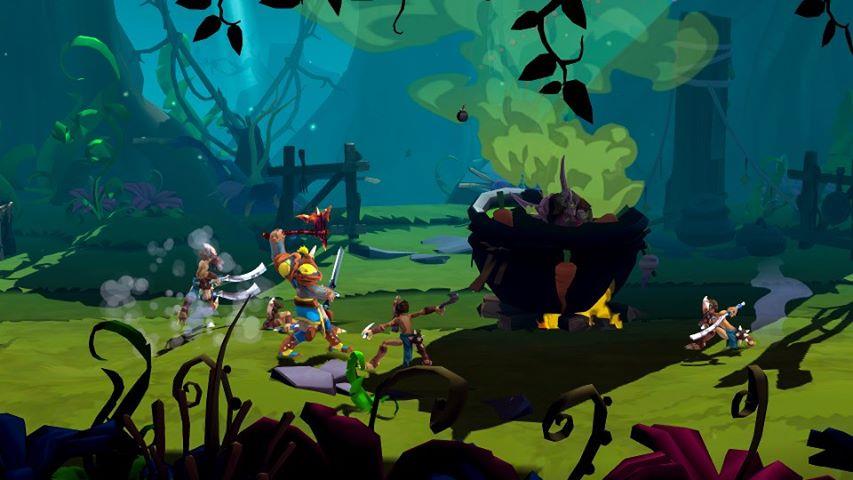 All four of the character classes play exactly the same and really only differ in their looks and special moves; aside from some weapon limitations, it really doesn’t matter which one you choose. your parties don’t really benefit from having multiple classes in its midst. The character progression never goes beyond adding a couple of stat points and unlocking predetermined moves which are really just extended attack combos. Don’t get your hopes up for an extensive skill tree because there is nothing remotely similar to that concept here. As a result, there is little to no chance for true customization with the experience, unless you consider the elemental properties of your weapons. The equipment and weapons do have some elemental properties that make them worth managing in different situations but aside from that they only have cosmetic differences. You simply pick the equipment with the best stats; it is as simple and straight forward as that. The same shallowness is present in the story too. The story here is in line with an average beat ’em at best; don’t expect the deep, rich lore of the Sacred universe here. There is an evil presence in the kingdom and it s up to you to put an end to their treachery. That is about as deep as it gets.

Does all of this mean this is a bad game? No, it is actually a very enjoyable one, as long as you don’t go in with your expectations set too high. I was hoping for a bit of depth to one of my favorite genres; that surely didn’t happen. depending on which genre you want to classify it under, your opinion of it will change drastically. As an RPG, this is an incredibly shallow and forgettable game. As a beat’em up, it is a solid and enjoyable romp for you and your friends. Just make sure that you know what you want to get out of the experience before you go into it.
There is a lot to love with Sacred Citadel, but I can’t help but think it could have been much more. The game brings a lot to the proverbial beat ’em up table but perhaps they shouldn’t have packed so lightly when departing from its RPG origins. There is a lot of room for potential here which is a good thing on one hand and incredibly sad on the other when considering the expectations laid by the Sacred pedigree.