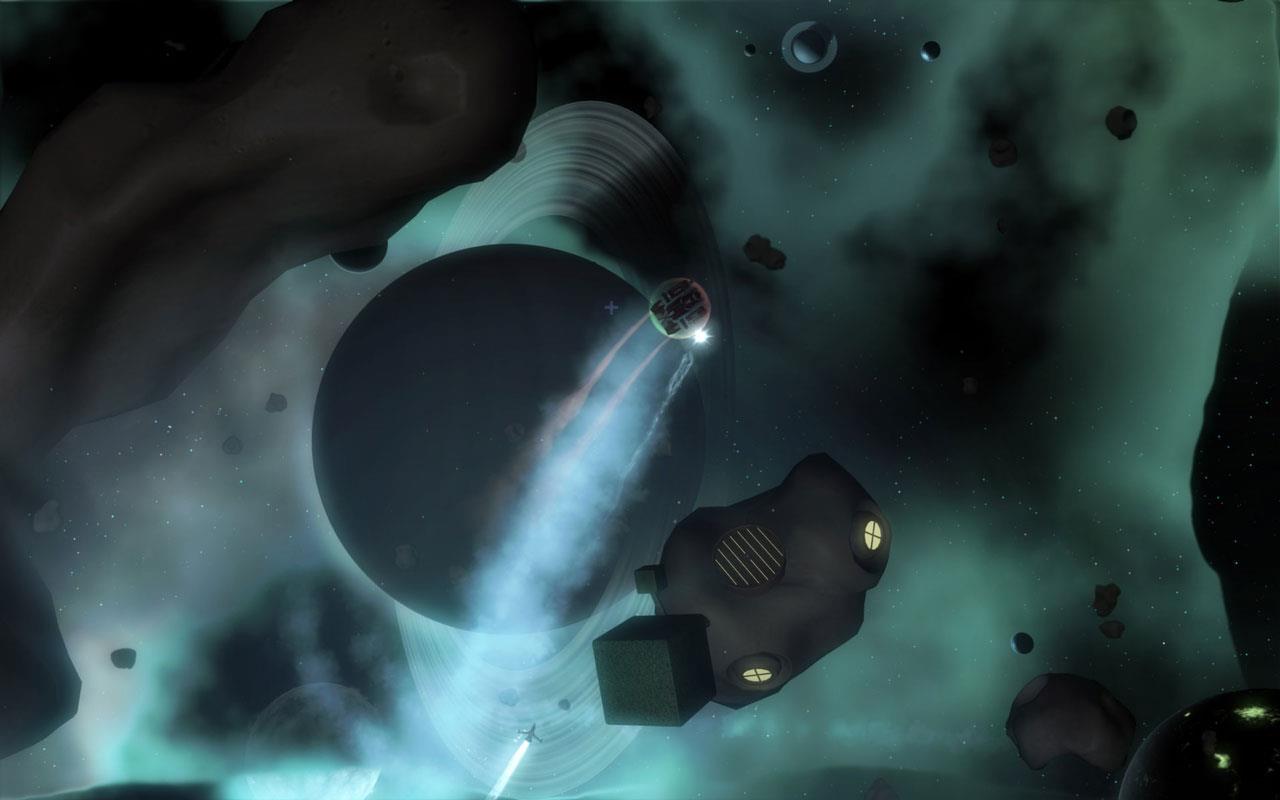 Ring Runner: Flight of the Sages

Written by Travis Huinker on 1/27/2014 for PC
More On: Ring Runner: Flight of the Sages

Ring Runner: Flight of the Sages from developer Triple.B.Titles can best be described as ambitious. with its large and varied amount of content, not only in terms of the 30 hour campaign, but as well as the near-infinite amount of customizable space ships. With a gameplay that draws nostalgia from the days of Asteroids, Ring Runner: Flight of the Sages combines an interesting, somewhat odd, narrative and space combat gameplay to produce a game that stands apart from any recent releases. Following in the traditional video game formula, players begin the game by trying to discover who they are and their role in an often-confusing universe that is filled with a range off quirky characters and factions. Along with the ever-changing missions through the narrative, players are introduced to a variety of ship types that range from traditional fighters to casters that function similar to classes found in fantasy games. While the amount of diverse content is welcome, the often lack of explanation hinders the overall gameplay experience in later sections.

Ring Runner: Flight of the Sages contains a large amount of content with its inclusion of a campaign, scenarios, and multiplayer matches. While the game begins with a limited amount of content, later sections expand the game's features with the introduction of a hanger that allows players to customize their own ships using varied hulls and equipment. Missions in the campaign are quite varied in their objectives and especially in regards to length with some that can be completed in less than a few minutes. Objectives range from the common tasks of destroying certain enemies or protecting bases to the more complex in which players participate in gladiator-type matches in space. Players are guided through the narrative with text-based dialogue between characters and factions and an artificial intelligence named Nero that has been implanted in the protagonist's brain. The narrative at times can be difficult to follow as many characters and factions are quickly introduced and then forgotten, as well as many of which are simply not that memorable in regards to either their dialogue or encounters. While the narrative has some serious plot lines at certain points, much of the game is encompassed in an often odd sense of humor that doesn't prove very compelling.

Fortunately, the narrative can be ignored and skipped in favor of the highly-entertaining space combat gameplay. The variety of ship and weapon types provided to the player continually keep the gameplay interesting with new strategy options. Aside from the campaign, players can try out their skills in various scenarios with one even including a zombie mode in which undead ships have invaded space. Midway through the campaign, the player gains the ability to temporary slow time and gain even greater precision in combat. The handling of ships can be done using either a mouse and keyboard or gamepad such as the Xbox 360 controller. The control setup provides an array of options to ensure that each player finds their preferred setup for both space movement and combat. The game's difficulty level can also be customized in that levels can range from easily-passable to overly-challenging, with even the option to skip missions after either dying or failing the specified objectives.

The one major lacking aspect that keeps the game from perfection is a lack of guidance when introducing some of the major gameplay features, in particular the hanger and customizing ships. Many of the game's sections often require a period of trial and error when first introduced to the player. While there is a great deal of instruction text through the in-game dialogue, much of it unfortunately isn't transferred to either help bubbles or menus. There is also a great deal of in-game terminology in relation to ships and parts that is never explained thoroughly to players. While the lack of guidance doesn't overly distract from the actual space gameplay, it's unfortunate that more wasn't done to help new players along in learning the game's many features.

The game's presentation earns high marks for its great space visuals in addition to atmospheric music and sound effects. While space in games can be daunting to portray as unique among other similar titles, Ring Runner: Flight of the Sages contains a memorable universe setting that continually introduces new visual backdrops and inhabitants. The game's top-down view is taken advantage of with sprawling debris fields and neon-covered space stations in addition to the spectacular array of visual effects from the numerous weapon types. Additional music tracks would have been welcome during the lengthy adventure, yet the ones included are all perfect in creating an atmospheric space tone.

While Ring Runner: Flight of the Sages may not be the perfect space game that everyone has been waiting for, it fortunately gets a lot of things right. In particular, the space combat is highly-entertaining in addition to the unique universe setting and characters. The difficult to follow narrative and lack of guidance in some of the game's features are only slight hindrances in the overall experience. It's obvious that a great deal of thought has gone into the game's creation, which only further proves that top-down gaming isn't going anywhere. Fans of space games should plan an extended voyage to the universe of Ring Runner: Flight of the Sages to truly experience all of its content.

Ring Runner: Flight of the Sages is available now through Steam and GOG.com for Windows PC.

Ring Runner: Flight of the Sages is a worthwhile investment to fans of space games as its universe is sprawling with a wide range of unique and interesting content. The game's highly-entertaining space combat and ship customization make up for the difficult to follow narrative and lack of guidance in some of the game's features. Ring Runner: Flight of the Sages is inspiring both for its unique concept and for being a great example of what can come from a successful Kickstarter campaign.