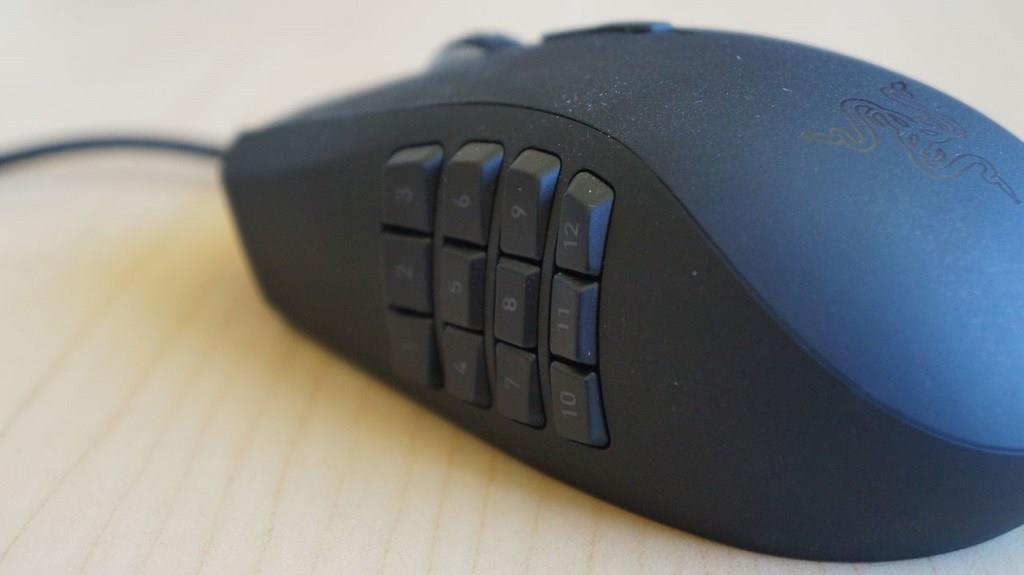 Written by Travis Huinker on 9/27/2013 for PC
More On: Razer Naga MMO Gaming Mouse
The Razer Naga is different from other mice in that it is designed exclusively for use with gameplay genres that require the quick use of macro and skill keys such as massively multiplayer online (MMO) and MOBA-style games. However, the addition of the mouse's 12  button mechanical thumb grid can be programmed for use with nearly any game that utilizes various keys for either casting spells, using skills and such. Owners of the previous Naga version may not find many must-have features that would justify an upgrade, but newcomers looking to improve their response time in MMOs might just find what the Naga has to offer especially useful.

First impressions out of the box, the Razer Naga clearly isn't for every gamer as the majority of its design and features are focused around MMO gaming and few other genres. Fans of first-person shooters wouldn't find much useful in the mouse's features as fewer buttons are required in that genre of gameplay. Yet, MMO gamers have 19 programmable buttons at their control for use with functions such as a game's various menu interfaces to having a button for every skill or spell in one's action bar. The mouse supports Razer Synapse 2.0 software which enables complete customization of the mouse's buttons in addition to profiles for various games.

Product Specifications Build Quality
The Naga follows in line with other Razer products with its black matte surfaces and green LED lighting for its logo, scroll wheel, and buttons. Compared alongside other more streamlined mice, it's clear that the Naga is considerable larger in its design. Fortunately, the mouse feels lightweight when moving around for quick actions. The added MMO keys to the mouse's left side (or right side for those who purchase the left-handed edition) are prominent in their location, resulting in positive and negative outcomes. On the positive side, the buttons are easy to click and always at-hand when required. On the negative side, the buttons are always an accidental click waiting to happen as their location doesn't allow for gripping the mouse without hovering over them.

Even if the buttons are touted as being mechanical, they don't quite function as one would expect in comparison with a similarly-designed keyboard. Even with the sensitivity of the MMO buttons, the rest of the mouse is all typical Razer affair with high quality tilt-click scroll wheel and long, braided cable. It's clear Razer didn't cut any corners in the design of this mouse, and if past mice in their multiple series are any indication, the Naga wont have any problems surviving countless hours of gaming.

Performance
The Naga follows the same trend as its build quality with the standard Razer affair of exceptional gaming quality. From the mouse's extremely-smooth 8200dpi 4G laser sensor to its responsive primary buttons and scroll wheel, the Naga is without doubt another great addition in Razer's family of gaming mice. In games tested, including Guild Wars 2 and Neverwinter, using skills and macros with the thumb grid were far more responsive than simply using a keyboard. The thumb grid is really the determining factor with the Naga for gamers as outside of MMO gaming it becomes more of a nuisance than useful feature. As the mouse's name applies, it truly is a MMO gaming mouse and beyond that gamers will want to look elsewhere for other genres.

With the variety of MMOs available to play, customization becomes an important factor as every game and gamer is different. What's most impressive about the Razer Naga is really in the small details of how every button on the mouse can be configured for a variety of MMOs, both in and out of game. The Razer MMO configurator software allows for complete customization of not only the thumb grid, but the other buttons near the scroll wheel as well. The in-game software can display a visual representation of the thumb grid to show which macros and skills are selected for each button.

Conclusion
Nearly every aspect of the Naga from its design to features are focused on MMO gaming and ultimately it exceeds in each category. While the mouse is definitely not for every gamer and genre, its MMO benefits are immediately clear when utilizing various macros and casting skills and such. The mouse's thumb grid of keys outside of MMOs proved to be the most bothersome feature of the mouse as accidental clicks were near avoidable. The Razer Naga is well-deserving of its MMO gaming mouse title as function and form combine exceptionally well together for the task. Yet, non-MMO gamers should look elsewhere as the Naga's specialized features result in more frustration than usefulness for other game genres.
The Razer Naga might just be the best mouse available for MMO gamers that are looking for complete customization of buttons in addition to quick access to macros and the casting of skills and such. An overly-sensitive thumb grid of keys are perfect for use in MMO games, while unfortunately they're frustrating in other genres of gaming. Ultimately, the Razer Naga's intended audience of MMO gamers wont be disappointed with the craftsmanship that has gone into both the mouse's design and various features.