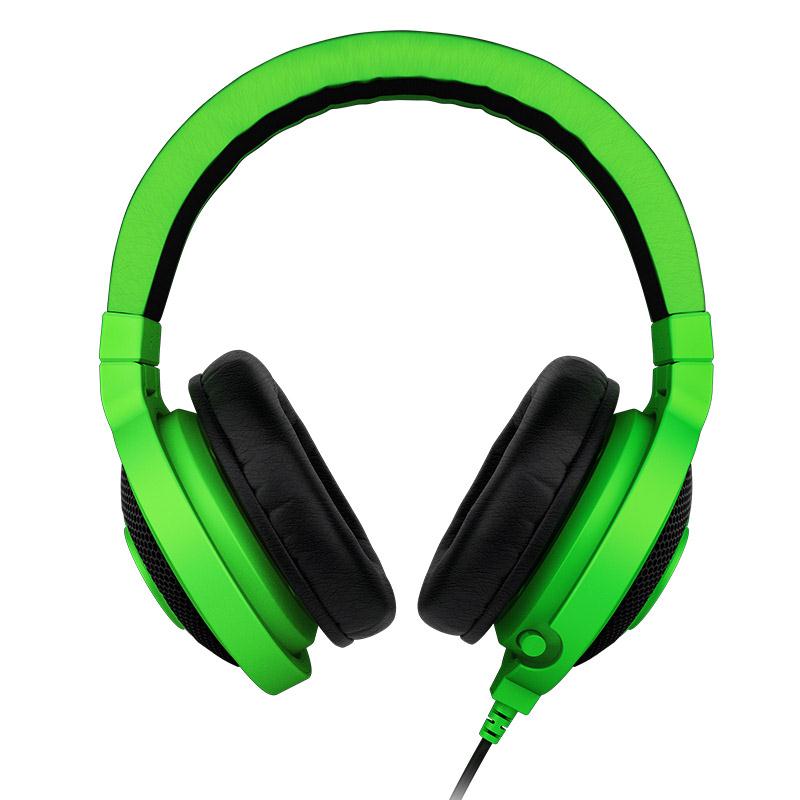 Written by John Yan on 11/16/2012 for MOB   PC
More On: Kraken Pro
One of the things you have to consider if you want a good set of gaming headphones is comfort. You might be spending a lot of time with them on, so you’ll want to find a set that not only sounds good, but fits well too. Razer’s looking to give you that in one of their newest headsets, the Razer Kraken Pro Gaming Headset.

The Kraken Pro is a stereo headset that’s designed to extended wear by optimizing the weight and offering up very, very plush ear cups. The very green headset features the following specifications: 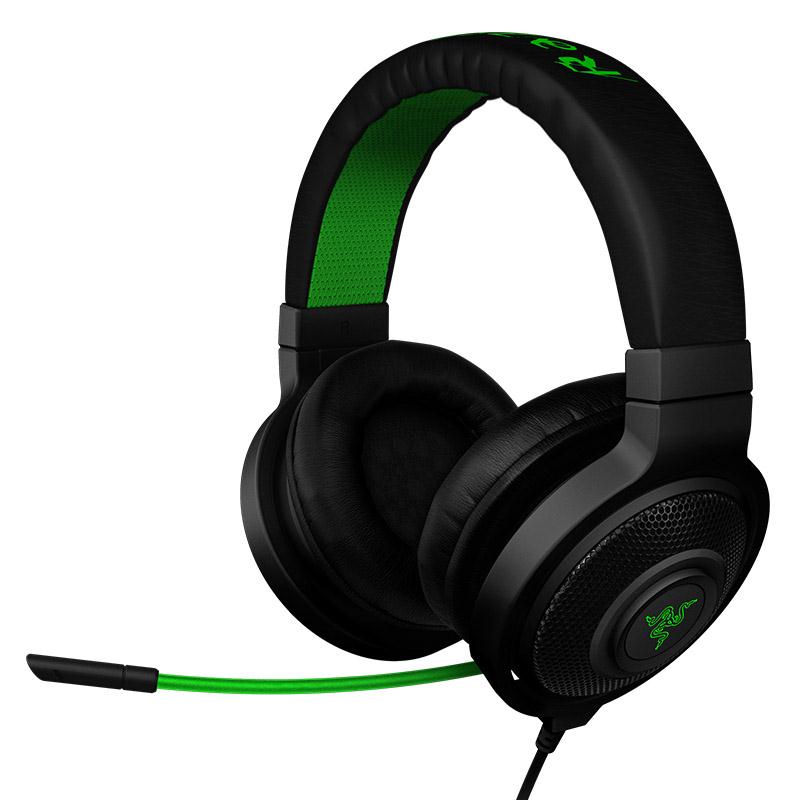 The 40mm neodymium drivers are surrounded by a very generous amount of foam padding surrounded by a very soft faux leather covering. Each ear cup has a very large opening so they encompass the ear completely. This design helps block out a lot of the environment sounds even without sound coming through. At my workplace, it was pretty successful at muffling many of the conversations around me and with music turned on, I was able to block out the rest of the sound around me.

Because there’s so much padding, it was pretty soft on the sides of my head and I was able to wear them for long periods of time without them feeling uncomfortable at all. If there’s one thing that Razer did well with the Kraken, it’s that you won’t feel fatigued around the ears with these on for extended gaming sessions.

On the left is a nice retractable microphone. The mic features a nice adjustable arm that can be positioned without restrictions and easily hides away in the left ear cup. While the sliding in of the mic isn’t as smooth and hassle free as other designs I’ve encountered in the past, it does its job nevertheless. You might have to take off your headset to slide it back on, but it’s a minor inconvenience. 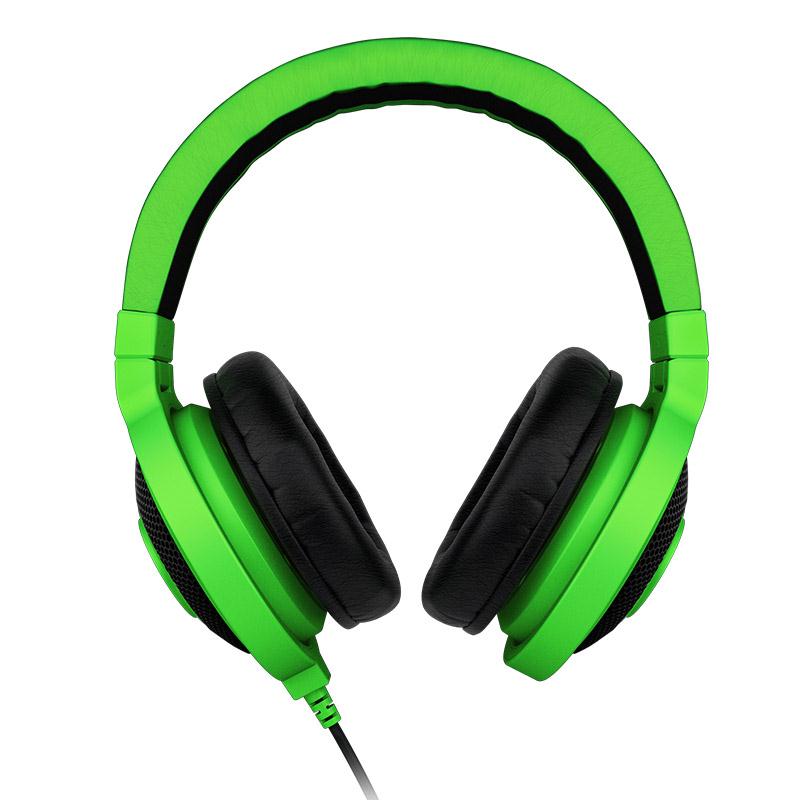 An additional adjustment feature is the headband, which can slide out on either side. Now, I would think that Razer would’ve put on a the same amount of generous padding on the headband as well, but there’s just a thin layer that sits on top of the your head. It’s not that noticeable, but I have headsets with much more padding and they do feel a little nicer than the Kraken in that area.

Razer has done a good job at providing a generous length to the cord available in the Kraken when paired up with the splitter. First off, the Kraken, minus the splitter, has a 4.27ft cord that ends in a standard headphone plug with three contacts (you’ll see three rings if you look at the plug)  to allow for stereo and mic usage in a phone. That means you can use these to listen to music and talk on the phone should a call be placed or received.

If you want to use the Kraken on the computer, Razer includes a 6.6ft extension cord that ends in a split consisting of the audio plug and the microphone plug.  This is what you’ll find in most computers and laptops where the there are two connections. You’ll get almost 11ft in cord length should you use the set for the computer so you can have the PC sitting at a nice distance away and still be able to plug in the Kraken. 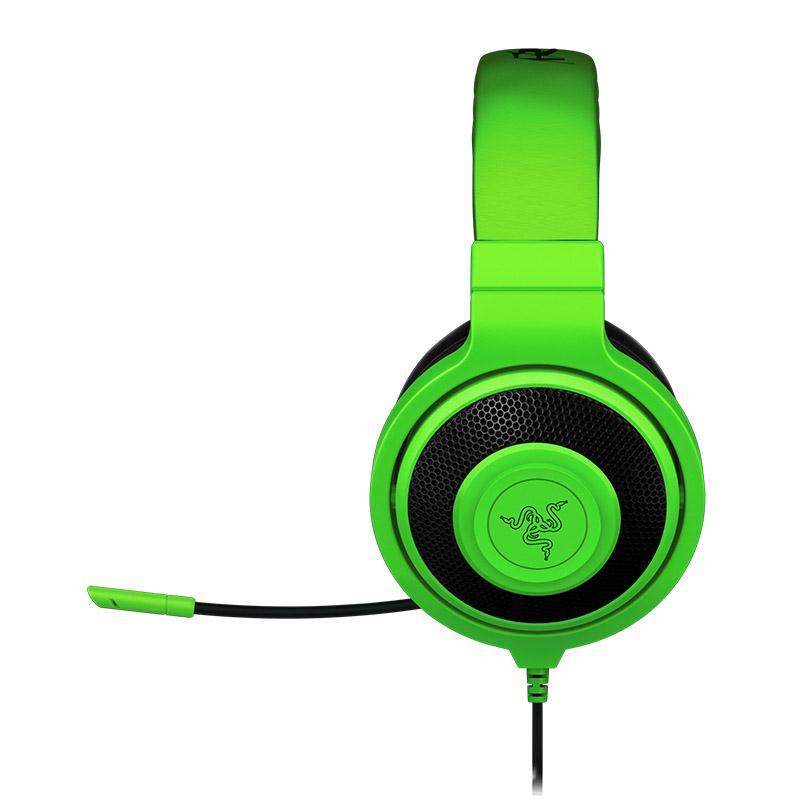 You can fold up the Kraken, but I found it to be a little awkward. The two ear cups fold in, but where the wire comes out on the right ear cup, it can get in the way and I can see it putting unnecessary pressure on the wire if you’re not careful. Also, the setup can’t turn the ear cups and have it lay flat on you like a lot of headsets out there today. While it’s a good thought in letting you have the ability to make the Kraken a little more compact for traveling purposes, I don’t think Razer did a good job in the implementation in this department.

Sound wise, the Kraken is definitely geared towards gaming. Listening to music, the bass is very well defined, but the mids and highs seem muddled. Even listening to songs with an emphasis on treble offered up an OK performance as those areas don’t seem as pronounced as they should be.

Now for games, which rely on bass, the Kraken set does do extremely well. You’ll feel the guns fire and explosions will sounds great because of the nice bass in the set. Voices aren’t too bad either, but when you are in the middle of any intense action scenes, the Kraken does a great job at producing some really pulse pounding audio. Let’s face it, Razer’s specialty is providing solid products for gamers and the Kraken seems to be tuned for games over music this way.

The microphone was clear and no one had troubles hearing me when talking. It doesn’t feature any noise cancellation, but for the most part, I was able to sit it at a good distance away from my mouth and talk clearly through it for my colleagues to understand me.

The Kraken Pro Gaming Headset doesn’t feature anything fancy, it’s just a solid setup for stereo, bass heavy, sound.  I would’ve liked to have the set function better with the mids and highs though.  With the ability to use in both phones and PC, the Kraken is versatile and good for both PC and mobile gamers. Razer also did well in making the set comfortable to wear for long periods of time. Priced at $79.99 and coming in green or black, the Kraken Pro Gaming Headset is a no frills headset that offers up gaming sound.
A good stereo headset, the Kraken Pro features compatibility for both PC and mobile. Sound is good with bass, but the mids and highs aren't as good. Generous cord length, retractable mic, and very plush ear cups are some of the highlights of the Kraken Pro.