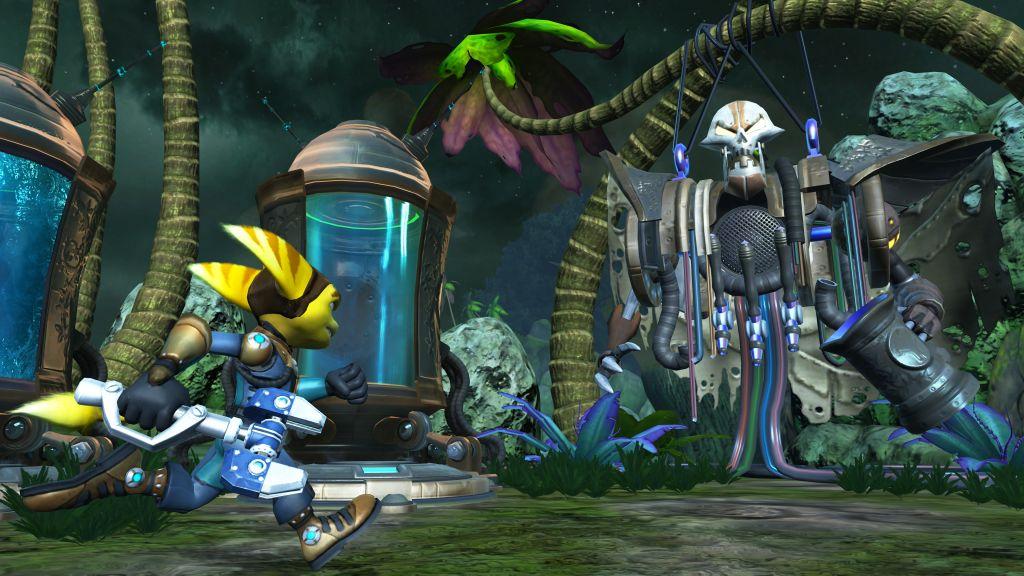 Ratchet and Clank: Quest for Booty

Written by Charles Husemann on 9/8/2008 for PS3
More On: Ratchet & Clank: Quest for Booty
I'm guessing the folks at Insomniac Games don't get a lot of sleep. This just isn't a comment on the title of the company but rather that they have been rolling out a AAA each year since the PS3 launched. This is an amazing feat in an environment where most studios struggle to turn out one new title every two years. This year their big project this year is Resistance Fall of Man 2 but somehow they've found the time to crank out Ratchet and Clank: Quest for Booty.

The game picks up after Tools of Destruction with Ratchet trying to find Clank after he was abducted by the Zuni. To find the Zuni dimension and rescue his first mate, Ratchet has to track down the Star Fulcrum, which allow Ratchet to find Clank.  The Fulcrum is currently in the possession of a large group of robot space pirates who aren't keen on giving it to Ratchet without a fight.

The game doesn't require you to have played (or finished) Ratchet and Clank:Tools of Destruction but you'll get more out of the experience if you have. I only played the first half of Tools of Destruction but I never felt lost playing Quest for Booty.  There were a few moments that flew over my head but that's par for the course anyway.

The game looks amazing and there's no drop off in the quality of the graphics from Tools of Destruction. Environments are lush, beautiful, and in some cases jaw dropping. The game does some cool things with shadows in the underground levels and there are nice touches everywhere you look. Character animations and strong voice-over work help convey the feeling that you're playing something pre-rendered.  I know the folks at Insomniac aren't calling this an episode of Ratchet and Clank but that's exactly what it feels like as they've applied the same level of quality control to this three hour game as they would to a full featured game. 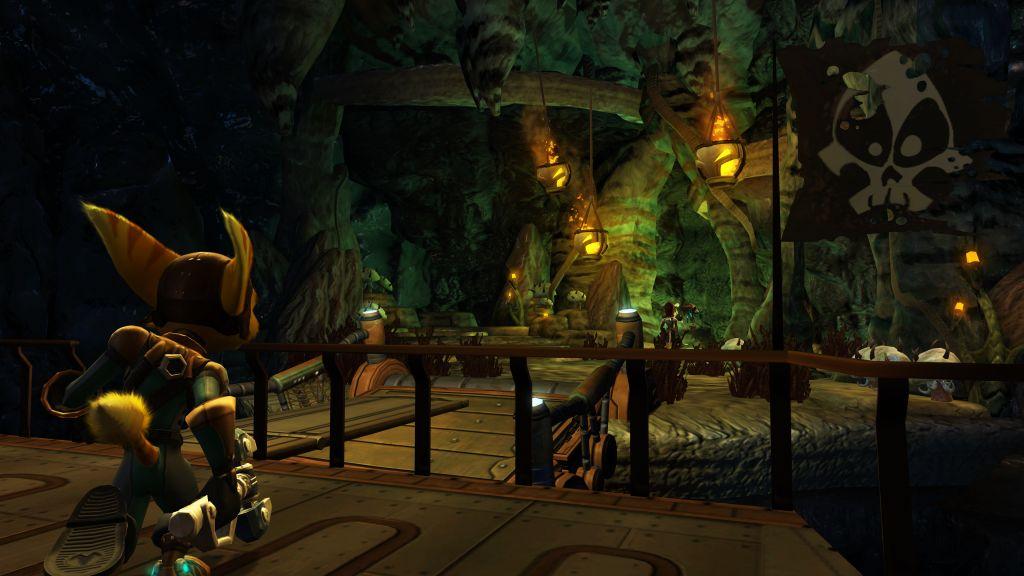 If you're expecting a lot of new gameplay types you're going to be a little disappointed. The game is more puzzle platforming focused but outside of a new wrench power there's not a lot of new stuff.  The new power allows you to manipulate items in the environment and while well used it's a little hard to pull off as it requires you to press R2, Square, and then use the right thumbstick to move the item in space. It took me quite a while to master the trade but it's a fairly solid mechanic when you master it.  There are also some new light and dark sequences featuring some cute character animations as well.

The game is also a bit on the short side (even for DLC).  I beat the game in a little over three hours which feels a little short for a $15. There's a little bit of replayability in the game but once you go through the game you're probably going to set it aside until next fall when the next Ratchet and Clank game comes out next fall.  Sure you're paying a little extra for the high level of quality but a little more gameplay would have been nice.

Another minor nit is that you collect parts (the game's currency) throughout the game when you defeat a bad guy but there's nothing really to spend them on. There are only two occasions when I spent the loot I acquired and it seems like that part of the game could have been replaced a bit or tweaked a bit. Of course if the loot carries over to the next game just ignore this paragraph completely but it still feels a bit unnecessary to have this in the game as they two occasions you used it could have been written around.

While the price tag is a bit on the steep side and the game is a bit on the short side I did have a lot of fun with Quest for Booty. The writing in the game is top notch and the production values and level of polish are outstanding. If you're looking for a fun game to play over a weekend it's hard not to recommend Quest for Booty.
A solid, well written game that's bit on the production values. It's a little on the short side but it does serve as a nice warm up for the next game.