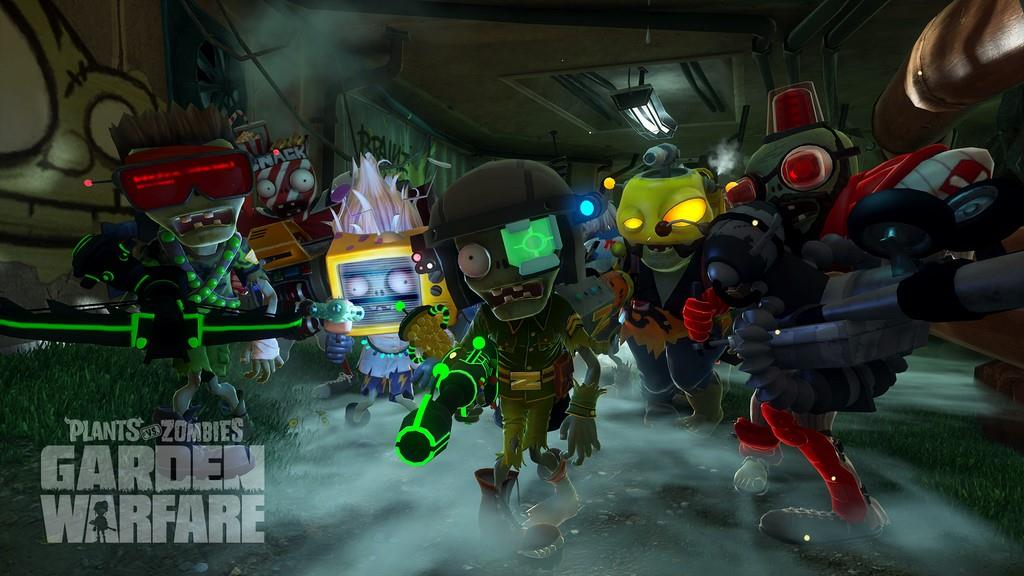 Written by Sean Cahill on 2/25/2014 for XBO
More On: Plants vs. Zombies: Garden Warfare

The game has evolved from just a standard tower defense title and is now something of a last stand-style battle.  The standard game mode, referred to as Garden Ops, is a four-player co-operative style defense.  Players take on the role of the plants and attempt to stave off the hordes of zombies.  There are eight maps available at launch, and all of them are laid out in vastly different manners.  At many specific turns, straightaways, high and low points, there are various pots where players can take advantage of the location and plant some type of defense plant in those pots.  They are easily seen on screen, glowing gold and having a small pillar of light coming out of them.  There are many different types of defenses, whether they are attacking plants that will fire at will on the zombies, or whether they are recovery or boost type plants that will occasionally spew out healing or power-ups.  Proper utilization of these spots will truly determine how far a player or players can progress in Garden Ops mode.  This mode can be brutal with just one person after just a few waves.  Certainly, it becomes easier throughout as players level up their favorite characters, but it can be a grind without help.  Players will have a lot of work to level up as well, considering that there are specific characters on each side to boost up to use their various styles of attacks.  The characters all have unique specializations to help cater to each individual player.

The second game mode is referred to as Garden & Graveyards, which is a 12v12 battle that involves the plants trying to keep their garden in one piece while the zombies attempt to turn their gardens into graveyards.  The plants do get the advantage of having the pots to plant their weapons, but this ultimately turns into a straight up team battle.  Zombies have to take advantage of the surroundings to avoid these spots at all costs while they attempt to destroy the garden that is being protected.

The third and final game mode available to players is Team Vanquish, designed for a more open battle than an objective based mode.  Team Vanquish isn't terribly different from Garden & Graveyards mode, it just is a little more simplistic as the focus is simply beat the other team and send them into the compost pile.  It's as straight forward as it gets, and is just as fun as the other modes.

I am very impressed by the worlds that have been created for Garden Warfare.  The maps are all decently sized and have very distinct layouts, ensuring that each map has different strategies and chances to succeed.  The world is beautifully rendered and truly shines on the power of the Xbox One, though the character design may actually out-do the maps and worlds.  Each character has been given a wonderful makeover, while new characters have been added to the fray.  The player will have to decide which one is their favor based on appearance and performance.  Some are single shot types with big power, but can take some time to reload between shots.  Others are rapid fire, sticking more to a wear-down style that makes the very valuable on the battlefield.  There are also support types, such as the Sunflower, which can heal characters and also create more of the healing plants instead of attacking plants in the pottery around each map.

The presentation of the game is excellent.  The HUD for each mode shows the players involved, including their health, current score, and current health of the garden.  There's little confusion as to what is going on since the game makes sure that the status is always there.  Waves of incoming zombies are announced with a countdown and cursors, while sometimes difficult to find initially, do lay out where the attack is coming from, among other important places in every map.

The Xbox One version also gets two unique modes which allow for local co-op split screen, letting friends team up and essentially take on a never-ending horde of zombies, one wave after another.  The second mode is simply known as Boss Mode, utilizing the Kinect or SmartGlass in any of the other gameplay modes that gives a top-down view of the entire battlefield.  Thesea re fantastic additions that helps in support of other players in these modes and gives a distinct advantage to those who use it.

I enjoyed my time with Garden Warfare, especially since I'm not a stranger to the series and love other tower defense style games.  I felt that this was a great twist to the genre, considering that it's still requiring setting up various styles of defense, but taking a page out of FPS games such as the Left 4 Dead series in facing various waves of zombies over and over again.  I made a reference to the cursors on the screen that can be tough to see sometimes, simply because the cursor will only pop up if the character the player is controlling is actually facing the proper direction.  A minor annoyance, but it starts to turn into a bit of a larger problem when dealing with larger hordes that come from different directions, never mind bosses who come in with support from smaller zombies. 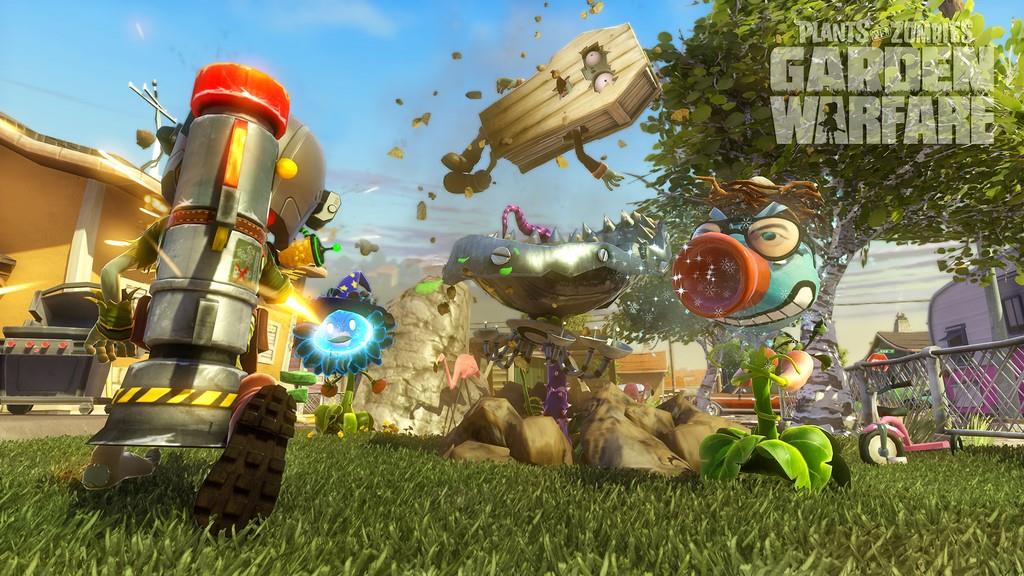 Battles can get a little monotonous, which is expected since the modes are all essentially the same concept, but with it being a hybrid of an FPS and tower defense game, it is more enjoyable in the long run and gets crazier the more players jump in to each battle.  A 12v12 battle is plenty of fun and also requires a lot of teamwork and support from others.

All in all, the game is a lot of fun.  It isn't going to be as gratifying as a 50-hour adventure with a huge payoff, but for those who love a twist to FPS and loved the original Plants vs. Zombies game will certainly enjoy this new title in the franchise.

A unique twist on tower defense games is what makes Plants vs. Zombies: Garden Warfare so fun.  The monotony of standard tower defense is broken and is now a split between that and a first person shooter, though the standard defense rules are still in place.  Several game modes and beautiful worlds add to the flair of the title, making this a fun choice for any Xbox One owner.