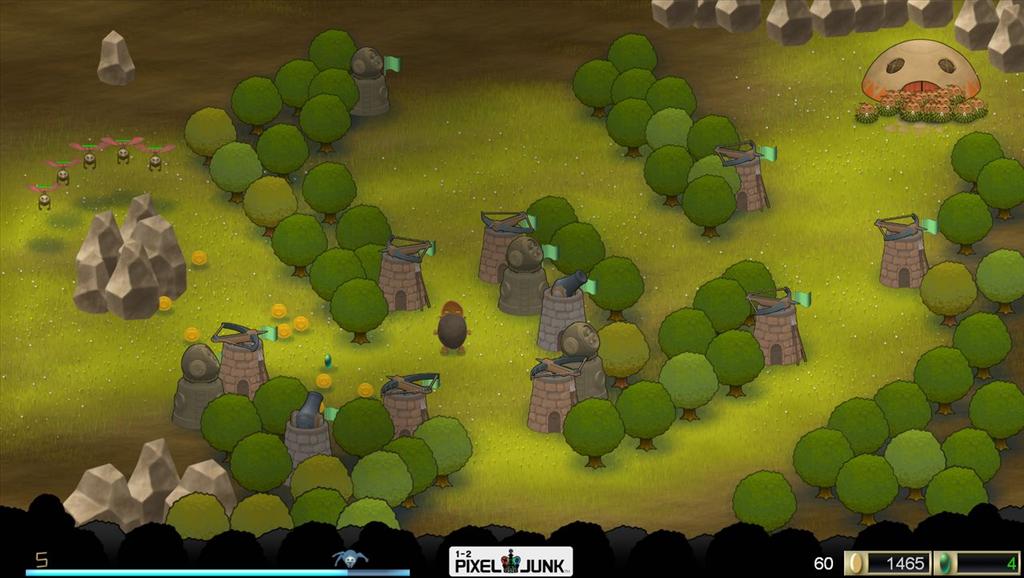 Written by Tyler Sager on 3/26/2008 for PS3
More On: PixelJunk Monsters
I got a chance to check out a cute little game available for download on the PS3, PixelJunk Monsters. For those familiar with the “tower defense” type games, there is really nothing new here but the platform. However, this diverting little title has a certain charm, and is certainly worth checking out for the bargain-basement price.

The premise behind PixelJunk Monsters is simple. The player controls an, um, turtle-shaped guy trying to protect a bunch of little egg-things from being eaten by wave after wave of horrible (but cutely drawn) monsters. Each screen is a sharply-rendered 2D map of trees, obstacles, and a corral where the little egg guys reside. Monsters wander in through various paths through the forest, and its up to the player to kill them before they reach their target. This is done by turning the trees into towers. Players move their turtle-thing to a tree, chose which tower to build, and pay the cost. There are several tower styles available, with varying abilities and costs. Some target flying monsters, some target ground-based critters, and all have varying degrees of damage and range. As monsters die, they drop gold and gems to be used to buy more towers and to unlock better towers. 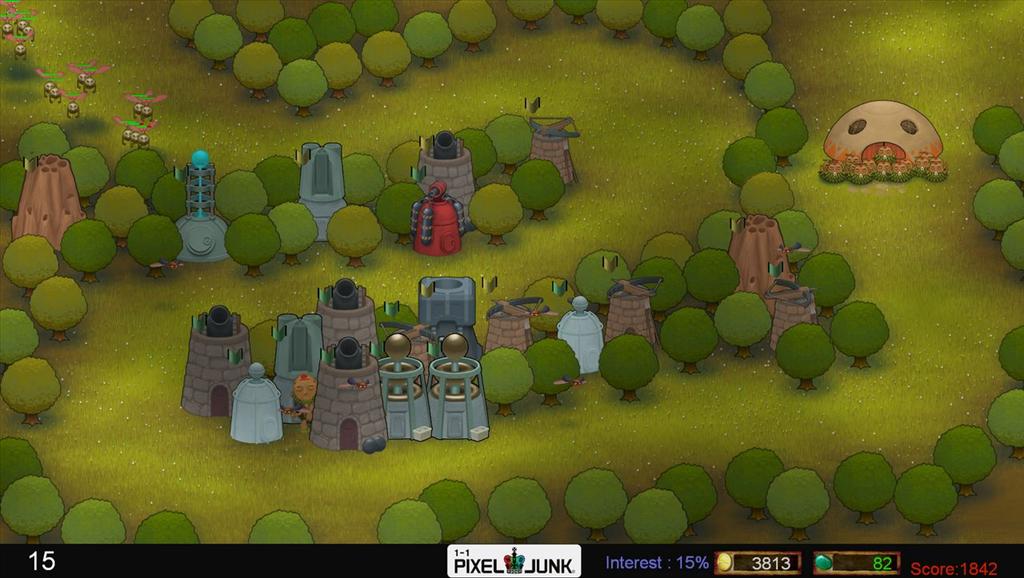 In addition to building towers and collecting treasure drops, players can also increase the level (and subsequently, the power) of a tower by standing still in front of the tower and…um…dancing. The more powerful towers take a bit more boogie to power up, so players have to carefully decide how much time is spent on a given tower, while money and gems are vanishing across the screen. The pace does become frantic fairly quickly, and many of the levels can be challenging.

The game, simple as it is, looks very good. Each map is hand-drawn and presented in HD format. The cartoony look is perfect for the setting, and the maps are also quite well designed. I wasn’t as impressed with the audio portion of the game, but the control scheme works rather well. A co-op mode is also available, adding a few more hours of fun to this little title.

Sure, there’s really not much to this title, but the few hours I spent with PixelJunk Monsters were pleasantly diverting. There’s nothing deep or complex about this game, but for those looking for a fun time-waster for the PS3, PixleJunk Monsters is a decent selection for the price.
A cute little “tower defense” game all spiffed up for the PS3. There’s nothing spectacular here, but this time-killer has its charm nonetheless.