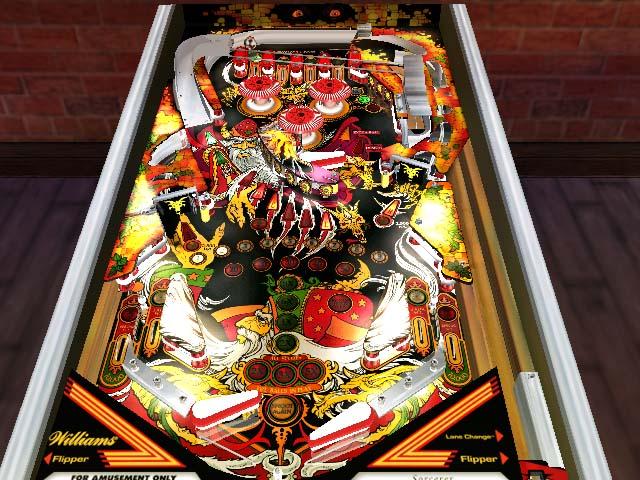 Written by Cyril Lachel on 5/15/2008 for Wii
More On: Pinball Hall of Fame -- The Williams Collection
Who knew that one of the best games for the Nintendo Wii would be a video game compilation of twenty year old pinball games? While Pinball Hall of Fame: The Williams Collection may not be as flashy as Super Mario Galaxy, Smash Bros. or Mario Kart, it more than makes up for that by delivering rock solid recreations of some of the best pinball games of all time. Whether you're an old school pinball wizard or a kid who doesn't even know who Williams is, Pinball Hall of Fame is an incredible game that deserves to be included in your game library.

This Wii game is the second game in the Pinball Hall of Fame collection. Four years ago Crave Entertainment released Pinball Hall of Fame: The Gottlieb Collection for a handful of console. Flash forward to present day and we have another solid entry in this line of pinball compilations, only this time around the pinball tables are even more recognizable. I'm something of an idiot when it comes to classic pinball tables, but even a novice like me remembered a few of these machines.

The Williams Collection is a compilation of ten classic pinball tables that span more than twenty years of history. The game has painstakingly recreated each of the ten tables, simulating the lights, paintjob and sounds of the real machine. On this $30 disc we are given access to classics like Black Knight, Firepower, Funhouse, Gorgar, Pinbot, Space Shuttle, Taxi, Whirlwind, Jive Time, and Sorcerer. If those names don't mean anything to you don't worry, because no matter who you are you're probably going to have a great time with any one of those machines.

Obviously some machines are better than others, but as I played through the various machines I found that they are all good for completely different reasons. It may be hard to explain to the generation buying up copies of Grand Theft Auto IV and Call of Duty 4, but not all pinball games are built the same. It's not just about how these machines look, but rather how they feel, where the bonuses are and what secrets you can find. There's a lot of exploration to do on each of these machines, which is probably why so many people remember them all these years later. Sure the games had gimmicks, but in most cases that just added to the appeal of these deceptively simple machines. 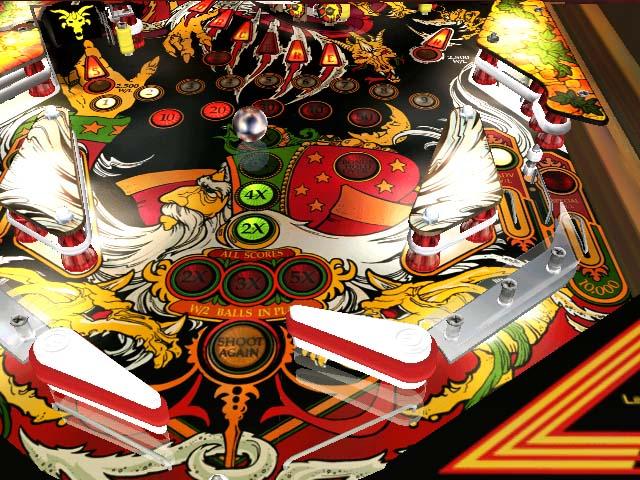 The problem with video game pinball simulators is that many of them fail to get the physics right. I can't even begin to list off all of the well intentioned pinball games that failed because they just didn't feel right. I know that a word like "feel" is subjective and a little vague, but there's a specific way that a pinball ball is supposed to feel. They have a certain weight and bounce that has been hard to recreate on a video game system. There's a reason that twenty years later we're still talking about games like Alien Crush and Devil's Crush as the high point for video game pinball.

But Pinball Hall of Fame: The Williams Collection gets that pinball feel just right. The weight of the ball is absolutely perfect and these machines work exactly the way they would if you could find one of them in real life. It may seem strange to some that I'm gushing over a Wii game that games the physics of pinball right, but this is one of those things that happens so seldom that when somebody does do it right they require a little extra attention for their feat.

Crave could have gone the easy way out and just put all the games in one quick and easy menu system, but instead they opted to recreate a classic arcade (complete with snot-nosed kids and rockin' music) for you to walk around in. The atmosphere is nice, but the truth is that you'll spend most of your time playing one of the ten pinball machines.

The controls are simple, you use the "B" button on the Wii's remote to flick the right flipper and you use the "Z" button on the nunchuk to work the left flipper. Outside of that all you will need to know is how to pull the plunger (you use the analog stick on the nunchuk) and how to "tilt" the table (shake your Wii remote). While I like this set up, I simply don't understand why this game requires both the remote and the nunchuk. Considering the lack of buttons, it would have made sense to offer a remote-only control scheme, in turn making the multiplayer modes easier to manage.Thankfully the lack of control schemes is the only glaring problem with this game. Pinball Hall of Fame does a lot right, especially when it comes to the single player challenges and multiplayer modes. While you might not think that pinball can be a competitive multiplayer experience, Pinball Hall of Fame does a good job to try and change your mind with the tournament mode. The good news is that no matter how many people you play with you will only need one Wii remote (and nunchuk). The tournament probably won't stop you from four-player Smash Bros. sessions, but it can be a lot of fun if you're around a bunch of old school pinball fans.

On top of the multiplayer mode are the single player challenges, which have you trying to earn specific achievement to unlock a whole bevy of extras. Some of the challenges are easy, but if you're the kind of person that wants to do everything in a game, then completing all of these tasks could take you a good long time ... not that you won't have a lot of fun doing it. 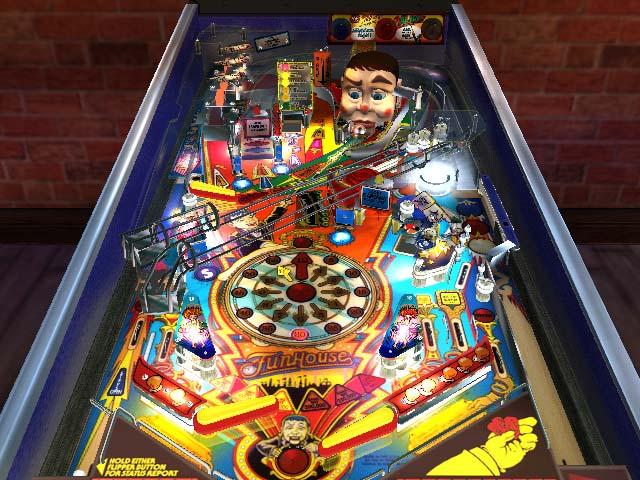 The game's presentation is also spot-on. Pinball Hall of Fame offers quite a few camera angles, including everything from one that travels alongside the ball to one that shows the entire machine. While some of the camera angles seemed unnecessary, you should have no problem finding a look that works for you.

The truth is that these days a pinball video game is a hard sell, no matter how good the product is. The kids of today aren't looking to be taught the ins and outs of classic pinball machines, they want to shoot stuff or drive a go kart. But maybe there's enough room on the Wii to have both kinds of games, especially when Pinball Hall of Fame is so good. It's hard to imagine a better pinball game than this, but I challenge Crave to top this with whatever they have in store for us next. Pinball Hall of Fame is a worthwhile addition to any Wii library, and when it comes right down to it that's just about the best thing you can say about a $30 pinball game.
You may think I'm crazy, but Pinball Hall of Fame: The William Collection is easily one of the best games on the Wii. This game not only recreates ten of the best pinball machines of all time, but it also offers some of the best pinball physics around. Pinball Hall of Fame is not to be missed!