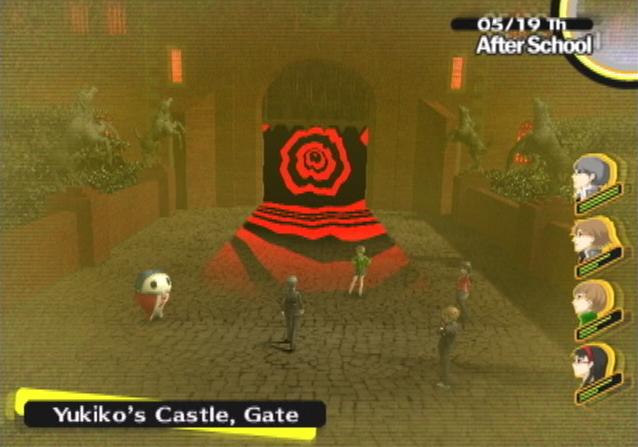 Written by Matt Mirkovich on 2/5/2009 for PS2
More On: Persona 4
Persona 4 came out in early December, and yet here we are just now getting to a review. I just completed the game, and I must say, I think I just finished the greatest game released on the PS2. Yes better than God of War, yes better than Resident Evil 4, yes better than all the years of Madden put together. Yes even better than Tony Hawk 3 that sits atop the PS2 Metacritic list somehow. Even Persona 3 is beaten in terms of sheer quality when compared to Persona 4. Atlus has done what I didn't think possible, even though a sequel is where you improve on a title it is rarely better than the source material. But everything in Persona 4 has been improved, the game looks better, the Social Link aspect of the game is beefier, and the combat is better, with more control given to the player, making it a much more enjoyable experience and less of a crap shoot. Overall, this game is one of the finest titles on the PS2, and is honestly the best swan song of a title the PS2 could receive.

From the outset this game looks fantastic. Persona 3 was a good looking game, but with the post processing effects Persona 4 takes on an even better look. The overall style of the game is also drastically different, it's a lot more colorful than P3, and it has an even more distinct style. With it's almost retro look, Persona 4 is a visually striking title, with incredible design that fits the story and motif perfectly. There are some recycled models through the game in some of the normal enemies, along with some new shadow designs. But there are also some of the most visually amazing and imaginative boss designs I have ever seen. 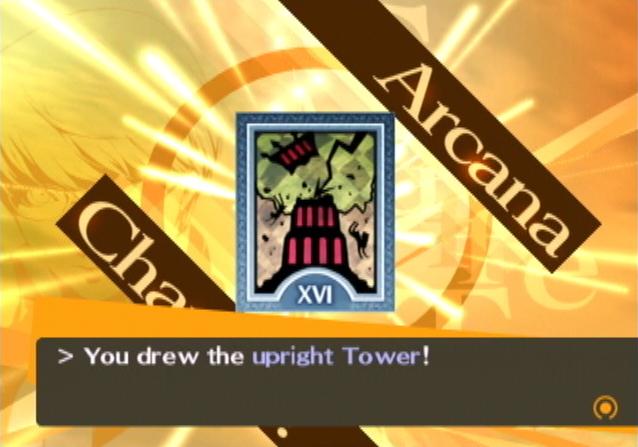 Audio is again a pleasure thanks to Shoji Meguro who has been a series mainstay, and his music continues to be excellent. The music is much more varied this time around, instead of being tied to the seasons like P3 the music is all available from the start. This keeps the game a lot fresher and doesn't make the game feel as linear as before. But the music doesn't have the genre spread that P3 had, so there is no hip-hop styling, but it's all Shoji Meguro rock, and that's what he does. However there is a questionable track selection near the end of the game, and this is the one place where P3 feels superior, the end-game music of Persona 4 does not have the same level of impact that P3 did.

The voice acting of Persona 3 was quite possibly one of the best dubs in gaming. Then Persona 4 came along and easily trumps it. Every actor feels perfect for their roles. Yuri Lowenthal returns after being the main character of P3, he now plays a second banana (Yosuke Hanamura) opposite Johnny Yong Bosch who does a superb job for each of his roles. And the rest of the cast is a who's who of proficient anime talents. Special notice goes out to Dave Wittenberg, who was responsible for the voice of Teddie, he does an amazing job in this game. Other great performances come from Karen Strassman, Amanda Winn Lee, and Troy Baker who definitely had his work cut out for him as Kanji Tatsumi. 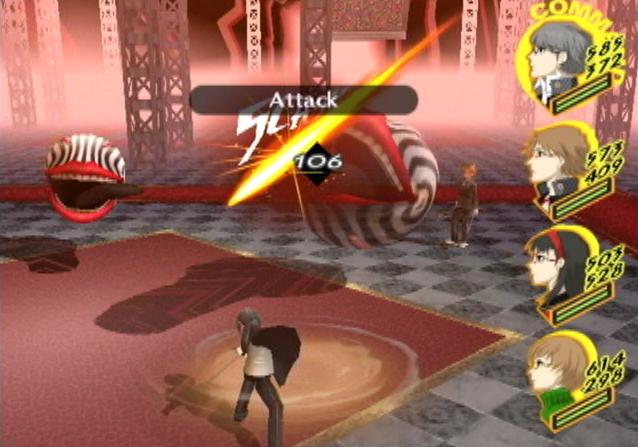 The story of Persona 4 starts of strangely similar to P3. As a nameless protagonist, you are asked to name your character at the outset of the game. And then you are dumped in to a new and unfamiliar place. The town of Inaba, to live with your uncle and his daughter, and to attend a new school out in the sticks. Things are off to a strange start when you're called in to the Velvet Room, to meet with Igor, and his new assistant, Margaret. After this strange meeting the town is rocked by murders, where the victims are found strewn up in the antennae on various rooftops around town. At this point you discover you have the ability to climb in to televisions, where a large plush bear has taken up residency alongside Shadows that have been killing people who enter the TV. It's up to you and your new found friends in school to find out who is responsible for these murders, and this mystery will be a life changing event for everyone involved. There is a surprisingly mature story buried in the game, dealing with issues of self-reflection, gender confusion and even homosexuality. Of course it is hard to take since it is through the medium of a video game but it still makes the story interesting and makes the characters a hell of a lot easier to relate to than the characters of P3. There is also a little bit of social commentary in the game as well and it is cleverly delivered, kudos to the translators for making this game feel socially relevant.The writing also shines through when it comes to the interactions between characters. They are smartly written and the dialog simply works. Each character has a unique story that is fleshed out through the Social Links. By exploring each of these stories you grow in your ability to create personas. Why does Yukiko want to leave her family business? How is Yosuke dealing with the loss of his friends? What is it that keeps your uncle up at night? All of these scenarios play out in an interesting manner and really helps you connect with the characters.

There are also aspects of yourself that you need to work on in order to be able to see these socials links. As the player you are now responsible for taking care of five different statistics. Your levels in knowledge, understanding, expression, diligence, and courage will determine how your social links grow. And there is a variety of things you can do to work on those stats. Part time jobs, school teams, studying, even eating things out of the fridge that look suspect can increase your courage. Even something like eating a rainy day special at the local Chinese food establishment can increase stats. Some of these also give you stuff to decorate your room, like building mech models. The amount of stuff to do is a lot more diverse than P3 and overall feels more fun. 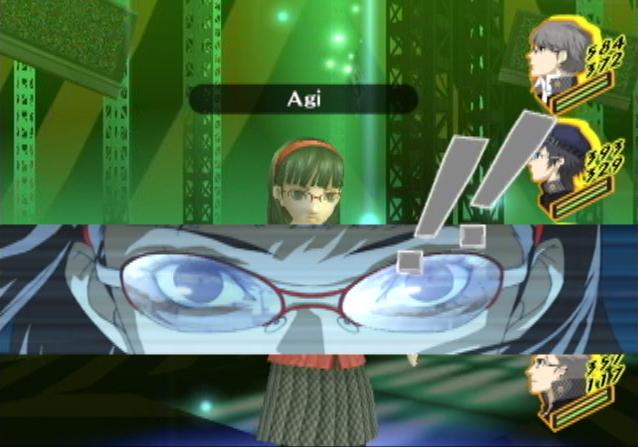 When you're not running odd jobs or trying to increase your social links, there is the world inside the TV to explore. This time you aren't confined to the giant tower of Tartarus, instead you are treated worlds that are unique to each character in the game. From a steamy bath house to a strip club, these places are manifestations of the characters that they represent. The best part of these stages is that they don't feel excessive. In P3 you had over two hundred and fifty floors to clear. In Persona 4 that number is cut in half, creating a far more enjoyable experience when dungeon crawling. Another great improvement is that when you use items to leave the level, you can return to that specific level, rather than the fixed levels you could warp to in P3.

The battle system has received a few refinements as well. First of all, you can control every party member. They start off acting on their own, but they are easily changed to manual control. Your allies can also perform various actions that will benefit the party as their social link grows. Each person has an attack that can do incredible damage, or in some cases remove enemies from the field completely. They can also take mortal blows for the main character, or can assist players who have been knocked down or confused. Another subtle change is now when you get knocked down it doesn't last for a random number of turns, however you can be stunned if attacked while knocked down. Overall the game feels more fair, especially when playing on normal difficulty.

I've spent over one hundred hours on just the first play through of the game and I intend to go back. Every game released in December and January, ignored, Persona 4 was my gaming everything. I was enamored with the small town of Inaba, I had a great time working various odd jobs. I got to know the game's characters inside and out, and through and through I never once got tired of it. I fought countless battles alongside other persona users, saw all their innermost thoughts and fears and weaknesses and watched them grow. And then I finished the game, and I almost immediately went back in to it, but alas, I had work in the morning and it was close to 1 AM already. Even with all that time spent in the game, I still didn't complete everything, and that is why I will go back. Whatever you do, don't miss this game. Aside from some insanely minor issues, and I mean I am really nitpicking when I think of them, Persona 4 really did feel like the perfect game. I really didn't think Persona 3 could be topped, but Atlus, you have proven me so wrong, and I love you for it.
Persona 4 is the pinnacle of PS2 RPGs. No title is going to be able to touch it. No Final Fantasy, no Tales of whatever, not even the much vaunted Shadow Hearts series. If you enjoy RPGs even in the slightest, you must own Persona 4. It is quite possibly, the greatest PS2 title ever made