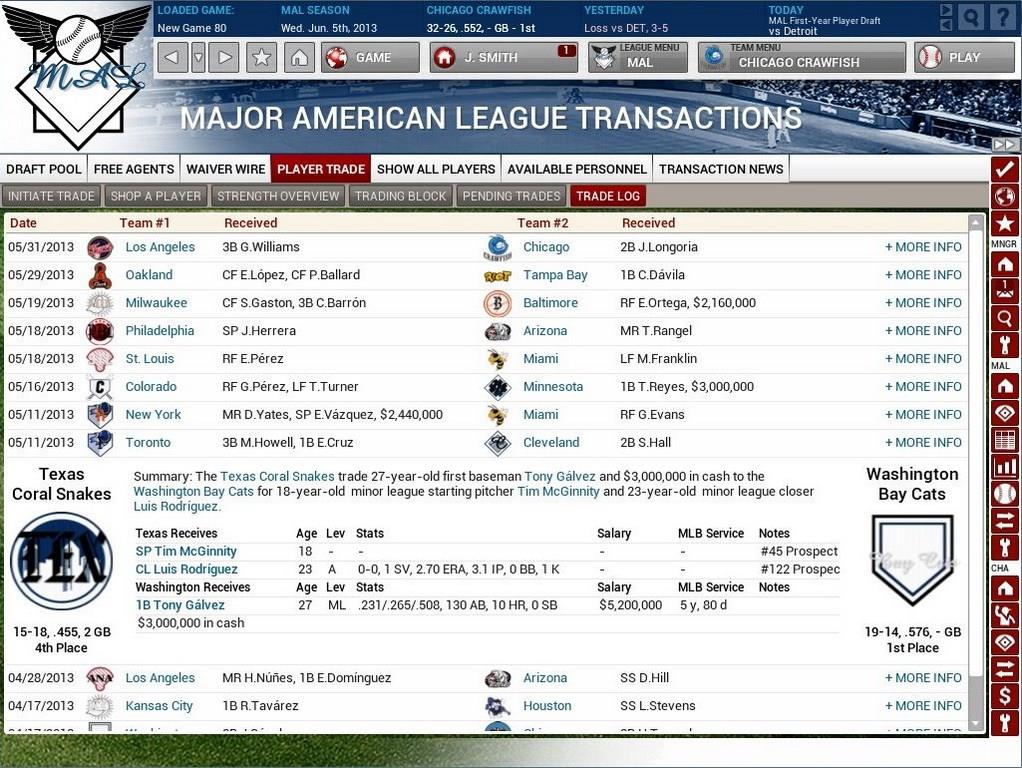 Out of the Park Baseball 14

Written by Russell Archey on 10/1/2013 for PC
More On: Out of the Park Baseball 14
With fall now upon us and football season in full swing, sports fans everywhere are preparing for Major League Baseball's post-season, either preparing to root for their favorite team to hit the World Series or to make sure they win their fantasy league.  Myself, I'm just a casual fan.  I root for my favorite teams but I don't play in any fantasy leagues or keep track of team stats and such.  For the past couple of years though I've set aside my inability to manage any sports team to check out the Out of the Park baseball simulation series.  Will the changes and new additions to this year's installment help me manage a team to the playoffs, or will I sink my team faster than the Titanic?

For those who have never heard of the series, Out of the Park is a baseball simulation game where you control pretty much everything you want about a baseball league...or the world of baseball itself.  You can create your own leagues, teams, and players, you can manage any team you want from many different leagues, including the standard American and National Leagues, AAA Teams, and so on, or you can even become a free agent and get management job offers from several teams.  Feel like creating your own league with your own rules?  You can do that.  Want to play through a past season?  You can do that...as far back as 1871.  There are a lot of options you can mess around with.

After that it's time to get down to the nitty gritty of the game: actually managing your team.  There's a lot to check out and pay attention to, such as player stats, physical conditions, team and player morale, and so on.  After all, you don't want someone in a position if they're not happy there.  Players may even have little quirks to their personalities, such as a player who may be really good at what he does on the field but might have problems taking direction from management.  Like in previous installments it's not just about filling positions.  You have to fill the positions with the right players, which means checking out each player's stats and see who's the best man for the job, There's a lot to take care of and manage...and we're not even at opening day yet.

Once you've taken care of any contracts, draft prospects, finances, and potential starting lineups, it's time to get your first game underway.  There are numerous ways you can play through a game in Out of the Park.  For the most control you'll want to take things pitch-by-pitch which lets you decide how your picthers throw each pitch on defense and how your batters take said pitches on offense.  Do you have them throw right down the line or intentionally walk a batter who has been performing well all game.  Do you swing for the fences or attempt to lay down a bunt to move runners into scoring position.  The result of each action is seemingly random as to what happens, be it take a strike, hit it deep to the outfield, or pop it back up to the pitcher.  If you don't want to do things pitch by pitch you can also do a one pitch mode where you just simulate the final pitch for each at bat.

After each game you can still check out team stats, manage your roster, and so on before finishing up for the day and moving onto the next.  Aside from simulating a game you can also simulate a week, a month, or even the entire year.  If you choose to simulate something other than just a day, you can change your options to stop auto-play depending on certan events, such as getting an email (which seems to be every other day if you "subscribe" to the leagues news stories) and if a player hits the Disabled List.  Also, don't feel like managing every aspect of your team?  Have the AI do it for you.  Instead of choosing the lineups myself I have the AI collect data for depth charts and choose lineups based on those. 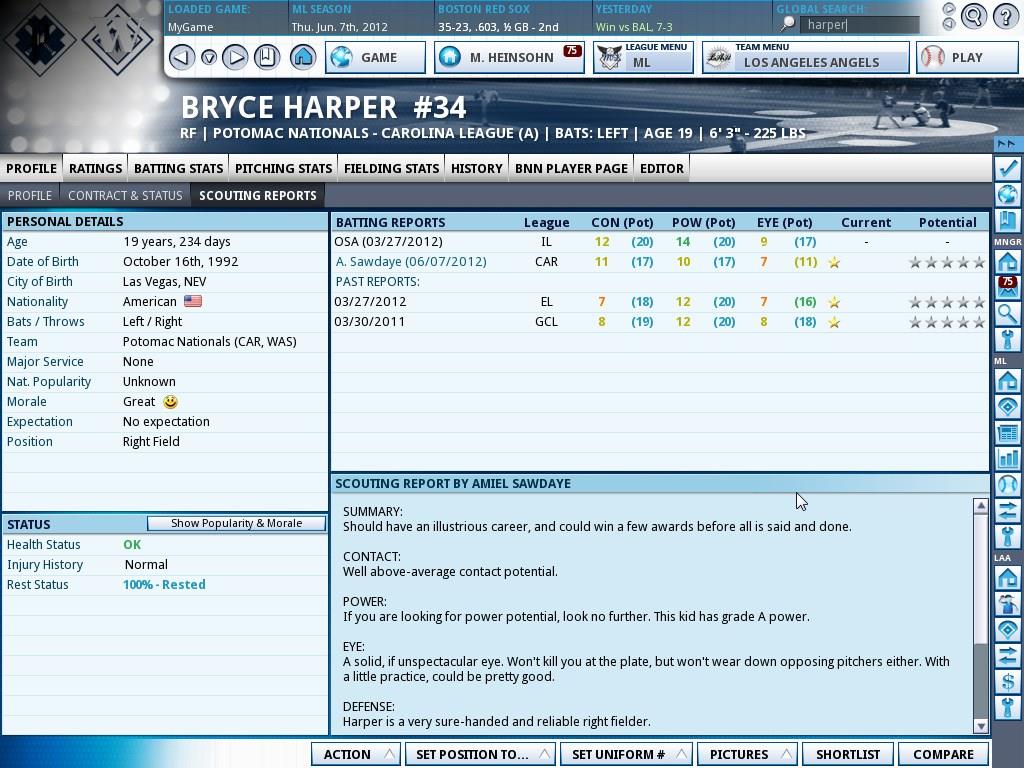 If you've played past games in the series or read my previous reviews, you might notice that a lot of this...or even most of it for that matter...is the same.  If all you do is just the basics (ie. just enough to get by and manage a team), then there's not much more to it from last year.  For those who go all out with their teams right down to the nitty-gritty, there are some new things that were introduced or tweaked from last year, such as new ways for players to enter the league.  These range from having players in the draft pool coming from multiple different countries, amateur top prospects from around the world (typically 16-to-17 year olds), and having established international free agents.

Other tweaks include recoding the game's player creation to ensure more realistic player careers and stats output, a properly modeled player development engine, and a recoded scouting system.  With the player development engine players young players may start out in more skill-demanding positions such as catcher and shortstop, but could eventually lose a bit of their athleticism and end up being moved to an outfield position.  Afterall, no one stays an in-shape 6'3" 175lb shortstop forever...typically.  As for the scouting system, players who have several years of pro experience are now scouted better than in prior years.  The OSA (OOTP Scouting Agency) is also more accurate now in their scouting and you may wind up with players that are either overrated or underrated by most scouts, resulting in some late-round surprises.

Much like the past two years, there's a reason why Out of the Park is often regarded as one of the best baseball management simulators out there; there's literally not much you can't do in terms of management.  You can drop players, create players, move people around as you wish, and even create your own league if you're so inclined.  Much like last year, my final thoughts pretty much mirror my OOTP 2013 review.  If you're looking for a baseball management simulation game, look no further.  If you have a game from 2013 you can import it into the 2014 version, plus you can also just quickstart a game, play through any historical season from 1871 to 2012, or create a new game with custom rules.  However, it's up to you if you think the changes from last year are worth getting the new version for $40.  Either way, if your dream is to take a team to the World Series...or winning the playoffs in a different league that doesn't have a World Series...this is your game.
Much like last year, Out of the Park 2014 shows why it's one of the best baseball management simulators out there. Whether you want to take control of a pre-made team, play through any past season from as far back as 1871, or create your own league and rules, OOTP 14 gives you practically endless possibilities and options to manage a baseball team.