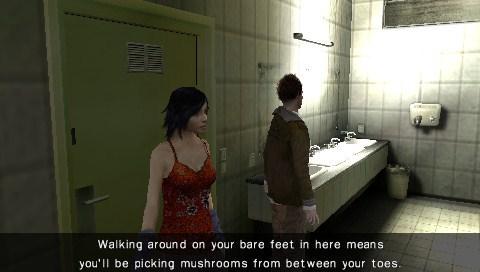 Written by Cyril Lachel on 11/3/2009 for PSP
More On: Obscure: The Aftermath
It's easy to be hesitant about Obscure: The Aftermath.  For one thing this is a sequel to a middling Resident Evil knock-off with a small cult following.  And to make matters worse, the game came out a year and a half ago on the Wii and PlayStation 2, earning mostly negative scores from the critics.  I worried that this port would be nothing more than a cash-grab; an attempt to recoup the money it cost to make the game and maybe even turn a profit.  But what I found was a mostly enjoyable survival horror game that was on par with your standard Hollywood horror flick.

Now don't get me wrong, I'm definitely not saying that Obscure: The Aftermath is something you need to rush out and buy right now, because it's nowhere near the top of the must-own list this year.  The game is littered with problems that many gamers won't be able to look past.  However, my reaction to this horror game was mostly positive.  If you're a PSP owner looking for a solid (albeit not perfect) scary game to celebrate Halloween, you could certainly do a lot worse than Obscure II. 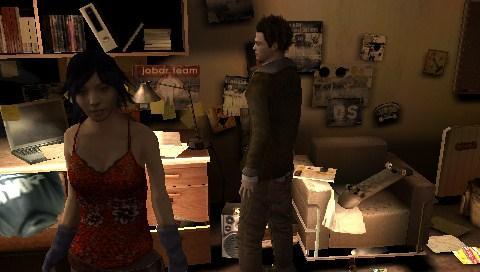 Don't worry if you missed the five year old original (released on the Xbox, PlayStation 2 and PC), the set-up to this sequel fills in all of the most important details.  Apparently two years ago a bunch of high school students uncover a bunch of Resident Evil-style experiments and were forced to fight for their lives while being trapped in their creepy high school.  This sequel starts up a couple of years later, just as all of the surviving cast members have moved on with their lives.

Like many high school graduates, the kids of Leafmore High have moved on to the university in a neighboring town.  One day a bunch of strange looking flowers sprouted up all over campus.  While some didn't think much of it, others did what college kids do and experimented with the flowers looking for the next big high.  What they found was not only a drug that produced extremely vivid dreams, but also a substance that quickly became deadly. 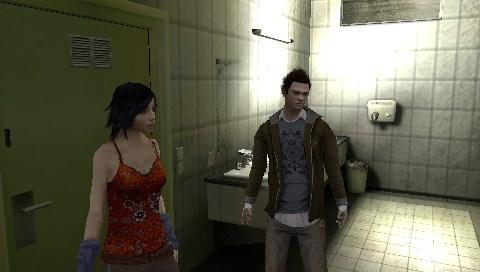 Much like the first game, the students of Fallcreek University are forced to investigate the terrible happenings at their college, battle creepy characters that are out for blood and ultimately get to the bottom of the mystery (uncovering deep dark secrets that add better clarity to the first game).  Much of this is done in the confines of the university campus, which means that this is, for better or worse, another game where you're stuck in a creepy school avoiding certain doom.  The good news is that the game does take you away from the school long enough to get some fresh air and feel like you aren't just repeating the story of the first Obscure.  On top of the college, the game will take you to a creepy hospital, on a dark road, through a spooky damn and even back to the depths of Leafmore High.  The scope of the adventure is definitely bigger in this sequel, even if the core of the game is you fighting baddies in a haunted school.

While many games in this genre are limited to one character at a time, Obscure: The Aftermath almost always has you paired up with a second player.  Early on the game will be very particular about who you are paired up with, but before long you'll be able to pick and choose the people you want at your side.  Players can quickly switch between characters simply by pushing a button and you can even bring a second person in on the action ... assuming they have a PSP and a copy of the game.In total there are six playable characters, each with their own back stories and unique skills. It's obvious from the get-go that the levels are designed around each player's set of skills. When you're investigating the spooky frat house you'll see computers you'll have to hack in order to open certain rooms, so clearly you're going to need Mei (a nerdy Asian girl with l33t hacking skills) to solve this puzzle.  In other areas you may need to push boxes around to open hidden areas, so you'll definitely want to bring Kenny along for the ride.  And what if you need somebody to jump up and shimmy across tough ledges?  Don't fret, because we have just the gymnast for that job.  Exploiting each character's unique skill is the key to solving all of the puzzles and getting to the bottom of this mystery.

The game gives you a limited amount of control over your team.  For example, you always have control over who gets what weapon in any given situation.  Although there are more than enough weapons for everybody, chances are you will want to keep the best weapons for yourself.  Early on you may do this for selfish reasons, but before long you'll realize that the computer-controlled characters are woefully unprepared to handle the biggest and best artillery.  For one thing, each of the computer-controlled characters unloads way more bullets than need be in any given situation.  You may fire a few controlled bursts, but your partner acts like they have unlimited ammo.  Unfortunately that's not the case, so you'll likely find yourself giving them the stun gun and melee weapons. 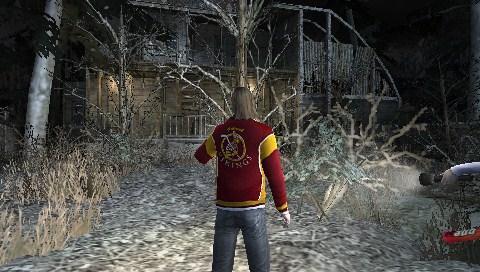 To make matters worse, your partner will often throw caution to the wind and rush into the action with no clear plan.  I was horrified by the amount of times my freshly healed character would rush straight up to a bad guy with reckless abandon.  This is not only tactically stupid, but it also means that they're going to require some of the healing potions, a rare commodity in this game.  I hate talking in hypotheticals, but this game would have scored significantly higher if the computer didn't act like a college kid most of the time.

The game definitely makes a good impression, giving you an interesting concept early on that looks like it's going to develop into something really meaningful.  Unfortunately the story never blossoms into anything especially scary.  What you get is a paint-by-numbers survival horror adventure that takes you to familiar locations and has you battling familiar bad guys.  By the time everything is revealed and the mystery is solved, I found that I didn't really care.  I wasn't emotionally connected to these dumb characters and too many of the plot points felt forced and, dare I say, corny.  One thing I did like was that the game wasn't afraid to kill off important characters in gruesome ways.  In that sense it really felt like a contemporary Hollywood horror film.

While the story constantly had my rolling my eyes, I kept pushing myself forward because I couldn't wait to see what came next.  Even as I started to lose interest in the plot and couldn't take the annoying voice acting, the game's stunning visuals kept me intrigued.  From the moment I turned the game on I was shocked at how good the game looked.  Each of the game's locations is beautifully rendered, full of detail and a perfect atmosphere.  Without a doubt the visuals are the very best thing about Obscure: The Aftermath. 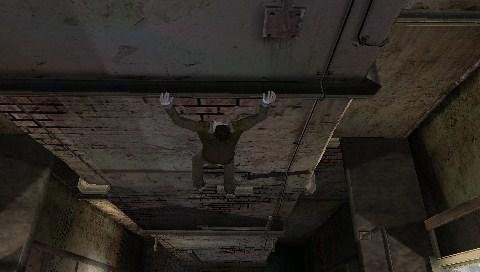 The audio is also strong, full of eerie music and appropriate sound effects.  Unfortunately the voice acting is a mixed bag, mostly siding on the intolerable.  Still, that's not much different from your standard cast of no-name actors that find themselves running from evil creatures in a cheesy horror film.  For what it's worth, the acting in Obscure: The Aftermath is certainly on par with that of the recent Friday the 13th movie.

Despite the game's many shortcomings, I actually found myself having a good time with Obscure: The Aftermath.  Coming years after Silent Hill Origins and well before Resident Evil, Obscure 2 is hitting store shelves at just the right time.  This is the type of game you won't think twice about months later, but those few hours spent battling ghoulies and running for your life are a lot of fun.  With smarter AI and better storytelling this could have been a must-own for the Sony PSP, but instead we get a fun adventure game that should tide you over until Capcom unleashes Resident Evil on the handheld.
Obscure: The Aftermath is a fun survival horror game that is marred by dumb AI and a lame story. But even with its problems, I still had a great time looking at the amazing visuals and laughing at the cheesy dialogue. It's not going to win any awards, but Obscure: The Aftermath managed to exceed my admittedly low expectations!