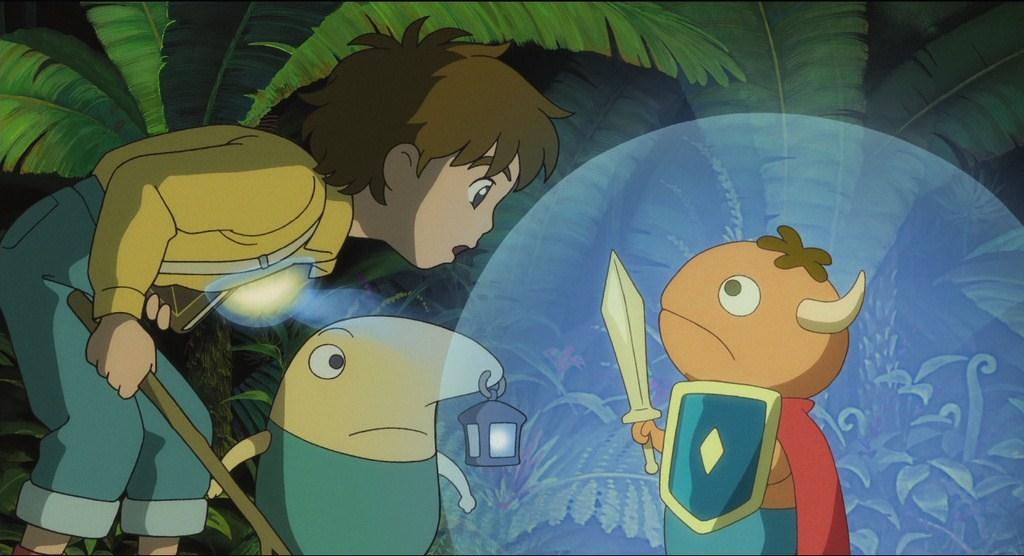 Ni No Kuni: Wrath of the White Witch

Written by Travis Huinker on 2/22/2013 for PS3
More On: Ni No Kuni: Wrath of the White Witch
Ni no Kuni: Wrath of the White Witch from developer Level-5 returns to the roots of Japanese role-playing games by focusing on the core elements of the genre from turn-based combat to endless lines of dialogue text. The game keeps with the genre tradition of including both a massive world and epic adventure that will take players around forty hours or more hours to complete depending on how many  optional quests they pursue and how much they explore the world. Originally released as a title for the Nintendo 3DS in Japan, Ni no Kuni comes to North America as a PlayStation 3 exclusive replete with full high-definition graphics. The game’s stunning art style can be contributed to the work between Level-5 and the talented folks at Studio Ghibli, creators of classics such as My Neighbor Totoro and Princess Mononoke to name a few.

The game’s adventure revolves around a boy named Oliver and his unexpected journey back and forth between his home of Motorville and the fantasy world of Ni no Kuni. After his mother unexpectedly dies, Oliver awakens a doll which reveals himself to be Drippy, king of the fairies. Drippy serves as Oliver guide’s through the game by teaching the the basics from using magic spells to battling monsters in combat. Oliver’s and Drippy’s worlds are found to be in parallel with one another, in which an individual exists as themselves in the other either similar in nature or form. The interplay between the parallel worlds that Oliver travels back and forth between is one of the more interesting features in the narrative as both offer unique perspectives on the game’s events.

Oliver agrees to adventure along with Drippy after he reveals that it might be possible to save his mother by finding her in the parallel world of Ni no Kuni. While on the adventure, Oliver agrees to help Drippy to rid his world of an evil wizard known as Shadar that is stealing virtues away from individuals’ hearts and leaving them brokenhearted. The beginning to Oliver’s journey is slow for the initial chunk of hours as Drippy covers all of the game’s basic systems and eventually becomes more absorbing with the addition of new party members and ability to explore the game’s world through boat and other means.

The core gameplay of Ni no Kuni follows the standard JRPG formula by taking many cues from classics such as Final Fantasy and even the Pokémon series. Players move Oliver across an absolutely gorgeous world map to various locales such as villages and forests, all the while either trying to avoid or chase monsters that once encountered switch to the game’s turn-based combat system. While in villages, Oliver can speak to the townsfolk and partake in an array of additional quests aside from the narrative. Unfortunately, most of the secondary quests are not very creative or interesting as they simply serve as a means to upgrade Oliver and his party’s equipment. However, the primary quests and combat experienced in the narrative are quite thrilling as the adventure progresses for Oliver. 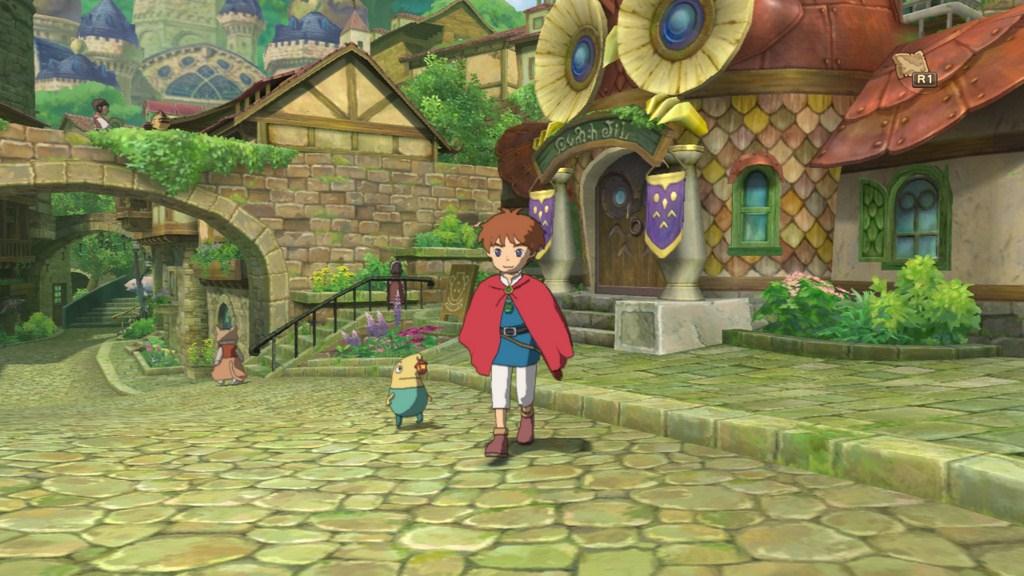 Combat in Ni no Kuni focuses on the use of Familiars, which are creatures that Oliver can use in battles to defeat enemies. The experience gained in battle awards Familiars with abilities and more powerful forms. As Oliver is quite prone to taking damage in battles, players must continually switch from him to other Familiars as they also tire from constant battle. With the game’s cute and children-friendly presentation, it was rather surprising to discover that the combat system is not forgiving in that Oliver and his party will die frequently if not prepared. Many battle encounters required grinding before they were able to be successfully completed.

Even worse, Ni no Kuni follows the classic JRPG role-playing model in such a manner that no element of combat has been streamlined. Players will have to wait time and time again for a slow introduction to combat as well as a painfully-slow victory screen. Players even lose gold after dying in battle as the only other option provided is to quit the game completely. Ni no Kuni may look the part of a charming and easy-going game on the surface, but the actual truth is far more harsh and unforgiving. Individuals that simply wish to experience the heart-warming narrative and stunning presentation unfortunately have to suffer through both the game’s slow pace and unforgiving battle system. 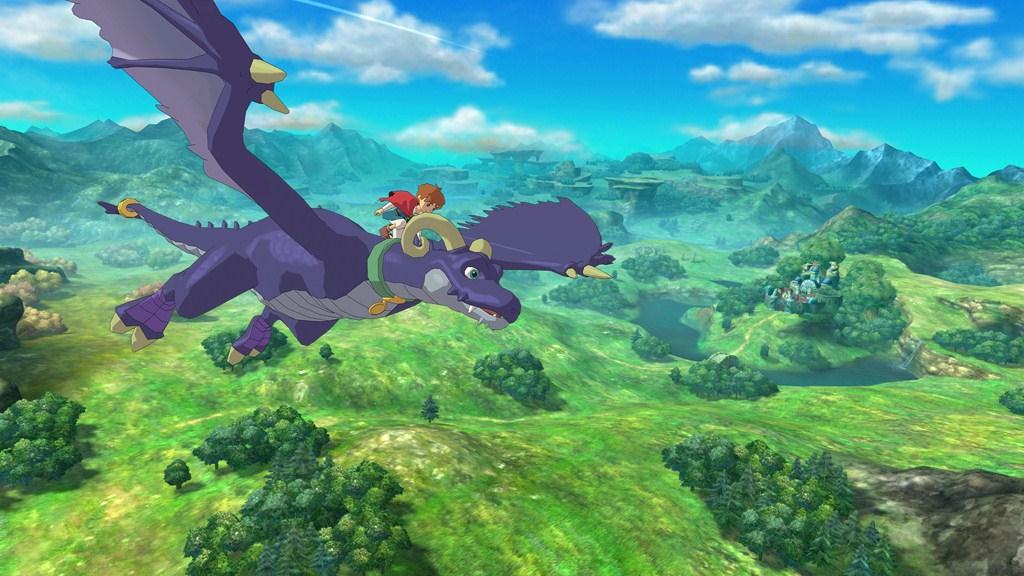 While the gameplay can often be a mixed experience, the game’s presentation is nothing short of sheer excellence. From the charming Studio Ghibli art style to the atmospheric soundtrack composed by the talented Joe Hisaishi, Ni no Kuni is one of the most stunning games to grace the PlayStation 3. It's as if players are brought into the world of an animated film that just also happens to be a video game. The only downside with the presentation is the lacking supply of Studio Ghibli cinematic scenes, which unfortunately often end abruptly in favor of switching to the game’s rendered graphics.

Individuals that can look past the slow pace and unforgiving combat difficulty will find an absorbing adventure with many memorable characters and narrative events. The sheer amount of role-playing content is staggering from the game’s massive world to continual supply of quests. Fans of traditional Japanese role-playing games will find little to complain about as they invest hour after hour into Oliver’s adventure. However, Ni no Kuni is not the game that will convert Western role-playing fans as hardly any game element is streamlined in favor of staying true to the tradition of classics.

Ni No Kuni: Wrath of the White Witch is now available for the PlayStation 3.
Ni no Kuni: Wrath of the White Witch is the textbook example of a Japanese role-playing game that includes all of the required features such as a turn-based combat system and lengthy narrative. However, the gameplay never expands beyond the traditional formula which almost guarantees that it won’t be converting any Western role-playing fans. The truly innovative aspect of the game is the stunning presentation and fantastic collaboration between Level-5 and Studio Ghibli. Ni no Kuni will undoubtedly delight fans of classic JRPGs, while others without the same appreciation for the genre should tread cautiously before adventuring forth.