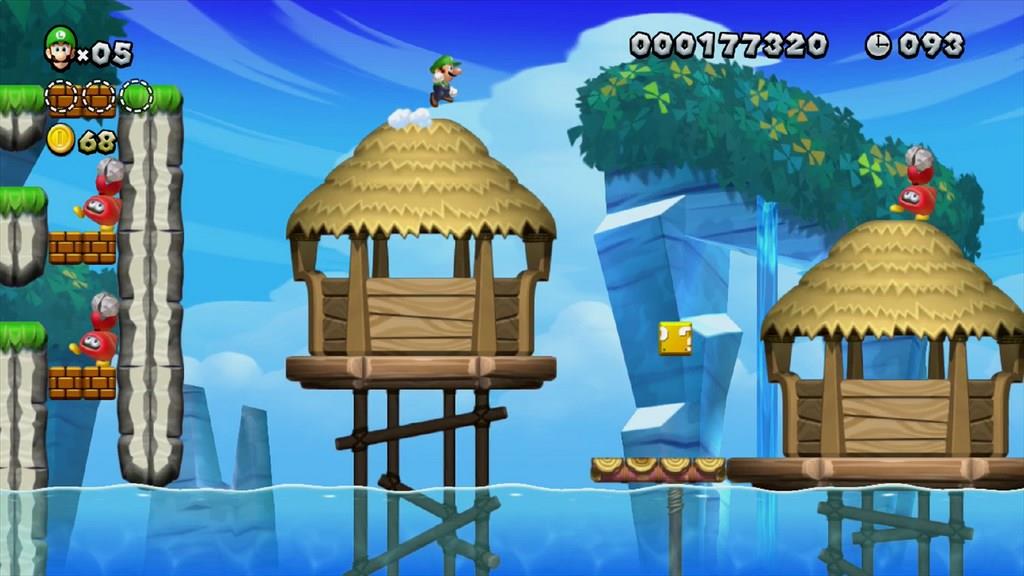 Written by Matt Mirkovich on 7/9/2013 for WiiU
More On: New Super Luigi U
It is strange to see Nintendo add DLC to a mainline franchise like Super Mario Brothers, it's even stranger still to see that DLC be dedicated to the 'lesser known' Mario brother, Luigi. But considering it's the year of Luigi, it makes sense to let him take the lead of an adventure through New Super Luigi U, a wonderfully green remake of the New Super Mario Bros. U experience that takes all of the levels of New Super Mario Bros. U and remixes them and modifies the gameplay to compliment the unsung hero's abilities to platforming perfection. This might be the experience that old school fans of the Super Mario Brothers franchise have been wishing for all along.

The most immediate difference between New Super Luigi U and the core game is the shorter levels. From the get go each stage is limited to just one hundred seconds, and the level size has been adjusted to match, making each stage a condensed but enjoyable experience. Each of the 82 levels have also been completely redesigned to take advantage of Luigi's floating jump, but also exploit his weakness of coming to a sliding stop while he runs. So platforms are a bit smaller where they need to be and the challenge is there and it feels just right. There is still the coin collecting, and the hidden stage exits, so you'll be doing a lot of backtracking and replaying levels trying to find those hidden extras, because they are really tough to find, just like in the core game.

Playing with Luigi is certainly a different experience compared to playing through with Mario, and it just goes to show that the team at Nintendo knows what they're doing when it comes to level design. Each of the levels feels distinctly different and tasks players to make use of all of Luigi's abilities and has plenty of situations that require tight reflexes and a keen eye, and the developers even throw players for a loop by putting blocks in that revert the gameplay to Mario specifications, which means a shorter, non-floating jump, and tighter brakes that becomes available after you complete the campaign. There's also plenty of pipes, hidden coins, and extra lives to collect as well. Really I'm gushing quite a bit about the level design, and it plays a close second fiddle to Luigi himself because it is really good, and the fact that this game will be released as a stand-alone title in the future is a testament to the quality in this DLC.

Everything that was present in the base game of New Super Mario Bros. U is accounted for in New Super Luigi U, that includes the bonus stages, the power-ups, the Yoshis, the Nabbit chases, and the boss battles. Nabbit also makes an appearance as a playable character, though I wish he wasn't only available during multiplayer sessions. There is a pretty hefty amount of content available in New Super Luigi U and honestly it functions perfectly well as a stand-alone experience that would be perfect for Luigi fans. 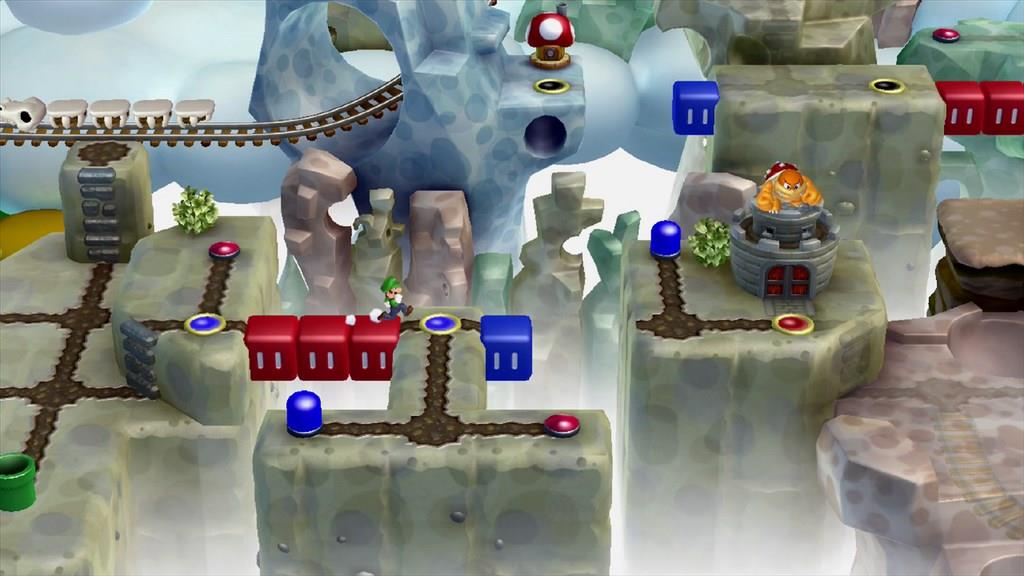 It's hard to gauge the necessity of DLC like New Super Luigi U, especially when you consider that Luigi as a character has always been part and parcel with a Mario Brothers game. He certainly could have been included in the base game as an unlockable character, but I think a different way to look at it is that you're getting 82 new levels that are made specifically for Luigi but can be played as Mario as well. The higher than usual price-point is also a sticking point, twenty dollars for those who already own New Super Mario Bros. U and wish to download the DLC, or thirty dollars for a stand-alone disc that is coming this August.

All told, New Super Luigi U is a fun addition to the New Super Mario Bros. U base game. The new levels are certainly challenging in a way that old school fans can appreciate. There are times where I found myself compelled to rush through a stage thanks to the shorter timer, but after taking my time and learning each stage I found myself enjoying things much more. It just goes to show that old school patience is a virtue and some developers out there can still deliver a challenge that is balanced with fun.
A rather expansive DLC pack, New Super Luigi U actually stands up well on its own. It offers up a healthy challenge and plenty of fun for those who enjoyed New Super Mario Bros. U and games past.