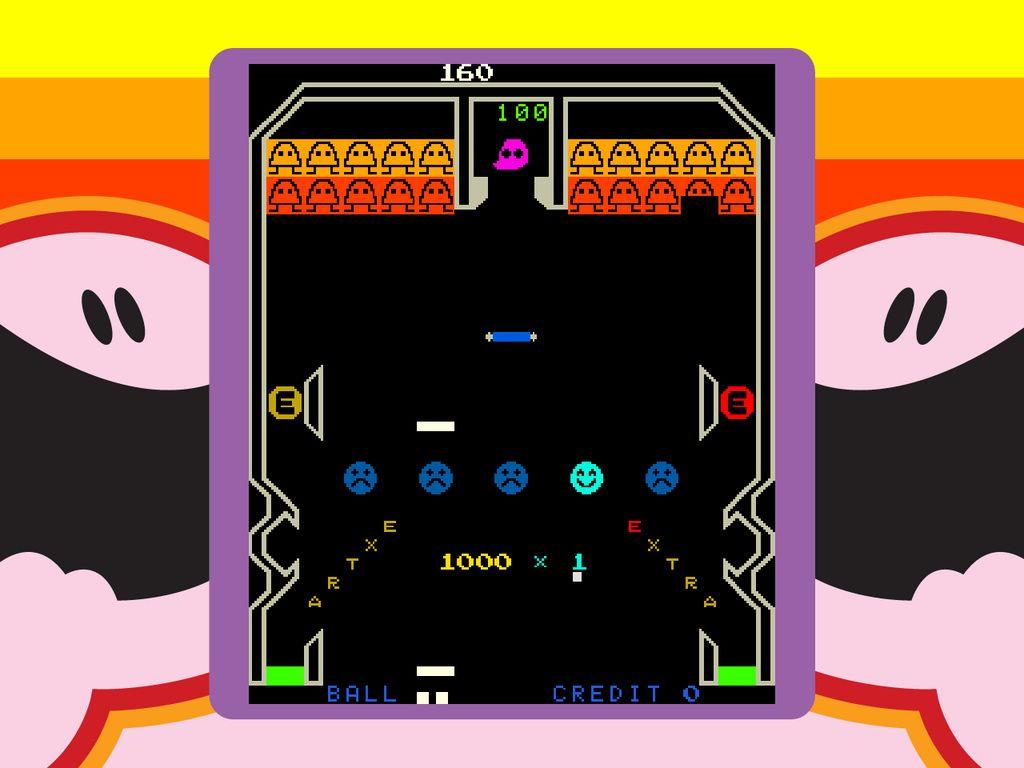 Written by Cyril Lachel on 11/21/2007 for Wii
More On: Namco Museum Remix
Have you ever said to yourself, "Gee, I sure would love to play all of those old school Namco classics ... but they just don't have enough Pac-Man for my tastes." Well you're in luck, because that's exactly what Namco has decided to do with their newest video game compilation, Namco Museum Remix for the Nintendo Wii. Namco has gone back to the vault and resurrected a bunch of their best known games and included Pac-Man into each and every one of them. And that's not all; every one of these classic games has been given a full 3D makeover, which is to say that fans of the old school games probably won't even recognize them. This could go one of two ways, either Namco has turned these classic games into something even bigger and better, or they have completely lost their minds.

Unfortunately I'm leaning towards the latter when it comes to Namco Museum Remix. As a fan of retro games (and retro game compilations) I'm utterly flabbergasted by what Namco did to some of the best games of all time. In all there are fourteen games, nine that have been untouched and five that are given the full 3D makeover. These games include Gator Panic, Rally X, Pac-Motos, Galaga and Pac 'N Roll. Even more interesting is the fact that Namco decided to include Pac-Man into each and every one of these games, even in games where you wouldn't think he would fit in (like Rally X and Galaga). The end result feels forced and unnecessary, which is one of the reasons this video game compilation is so frustrating.

Thankfully there are nine games that are completely untouched. Although the game says it features nine "beloved arcade titles," in truth there are only four that are real classics (the rest are filler). I would argue that Dig Dug, Galaxian, Xevious, and Mappy all deserve to be considered "beloved" classics. But Pace & Pal? Cutie-Q? Pac-Mania? Super Pac-Man? Last time I checked none of these games were considered "beloved" classics ... especially not Super Pac-Man. Why they didn't just include the original Pac-Man or even Ms. Pac-Man is anybody's guess.

But this is not a discussion about those nine "beloved" classic Namco games; instead we're here to talk about the five "remixed" games that are featured on the front of the box. These five games run the gamut between being loving remakes of a long-forgotten franchise and being an annoying 3D game that shares nothing with the original classic. Unfortunately most of the remixes are lackluster, to say the least. I suppose one could have fun with these five mini-games, but to tie these new Wii-centric games in with genuine classic games feels a bit sleazy to me. I doubt people wouldn't be as excited about playing some of these mini-games if they didn't have the big names (relatively speaking) backing them up. None of these games hold up on their own, and what's worse is that there isn't a stand-out that makes this collection a must-buy.

Perhaps the best of the bunch is the oddly addictive remix of Galaga. You can have a lot of fun playing through this shooter ... just don't go in expecting anything that resembles the 1981 classic. Galaga doesn't look or play anything like the Galaga we grew up with. In fact, I would say that the 2007 Galaga is closer to Duck Hunt than a 2D vertical shooter. You see, in this brand new Galaga Pac-Man (yes, Pac-Man) boards a long and twisty slide that will take him all over a large 3D map. While he's tumbling down towards the finish line, it's your job to use your Wii remote to shoot at the large alien creatures. A lot of the characters from the 1980s game are here, but they have been given a polygonal makeover. Sure it's fun to point at the screen and shoot aliens, but this game doesn't resemble the original Galaga in any way. The good news is that it's not a bad game; it's just not the classic we all grew up loving.

Even worse is the new version of Rally X, which is given this awkward 3D look that makes it almost unplayable. At first it looks like this remix could be a success; after all, the game has the same basic look and the new vehicles are detailed and more interesting to look at. But it doesn't take more than a minute to figure out why this game was originally 2D. In its old school arcade form Rally X featured an overhead map (similar to that of Pac-Man) which allowed you to where your enemies were and where you needed to go next. Unfortunately this 3D version makes it almost impossible for you to see either of those two things, so you'll constantly be running into cars simply because you rounded a corner and didn't know somebody was on the other side. Not only does it make this game more challenging, it also makes it frustrating. Part of the fun of the original game was being able to have high speed chases while getting away from your foes, but in this new version once you see somebody it's usually too late.Perhaps the strangest selection was Gator Panic, which began its life as a redemption game. In this game you have a character standing in front of four alligator caves and it's your job to make sure this stupid little man doesn't get bitten. To do this you have to move the cursor around to the cave that has the alligator coming out of it, and then when he's about to strike you shake the Wii's remote and bop the gator on the head. It starts out slow but will quickly pick up speed. By the end of the game you'll have angry gators coming out of all of the caves at the same time and it's almost impossible to stay up. If all you're looking for is a game you can pick up and play for a minute or two, then Gator Panic is actually a lot of fun. Anybody expecting some sort of depth out of this title will be sorely disappointed.

The final game in the collection is something called Pac Motos, a remake of the 1985 arcade game, Motos. In Pac Motos you play Pac-Man, the little ball-shaped character who rolls around the level trying to knock other people off the stage. It starts simple enough; all you have to do is knock two or three other characters off of a large level, but before long you will have to deal with more complex worlds and relentless enemies. In a lot of ways the game reminds me of bumper cars, only without the fun and excitement of slamming your vehicle into somebody else. This isn't a bad way to waste your time, but you probably won't stick with this game for very long.

Once you've sampled each of the five remixed games (which will take you no more than an hour), it's off to the arcade where you will find nine classic arcade games. Like I said before, only a few of these games could be considered "classic," and even then that's kind of pushing it. It's not that these games are bad (though, a few games don't hold up particularly well); it's that you probably won't want to play most of the titles in this collection. When was the last time you heard your friend say that he really missed playing Cutie-Q? And has there ever been a time when somebody actually wanted to play Super Pac-Man over the original game? Sure some of these games are fun, but Namco had to reach deep into their bag of games to come up with this hodgepodge collection of old school games.

But even if Namco decided to put their best games in this collection, even then these classic games wouldn't be worth playing. You see, the biggest problem with these nine arcade games is that none of them control well. You would think that games that are more than twenty years old would be easy to port to the Wii's remote, but that just doesn't seem to be the case here. The games look like they should, but the controls are not as they should be. Considering that most of these games require only one button to work you might think that they could have just mapped out the buttons to the Wii's remote, but the control scheme on most of the classic games is absolutely horrendous. It's not that one or two of the games are hard to play, it's that every game in this collection is flawed in one way or another.

I've played a lot of video game compilations in my day and never have I been so torn as to what to think. It's clear that Namco is doing what it can to make these games fresh again, even if that means ripping out the very reasons why people played them in the first place. I also want to applaud Namco for digging deep and offering up some rare arcade games that you don't see very often in these compilations, but at the same time none of these games are as fun as they should be and you'll quickly realize that there's a reason you don't remember Cutie-Q. The Namco Museum Remix is a mess all around, there aren't a lot of games here for you to play and the ones that are fun are short lived. I'm not completely opposed to the idea of remixing classic arcade games, but Namco needs to use this Wii game as an example of what not to do.
Namco Museum Remix is easily one of the most perplexing games of the year. It tries to draw you in with the promise of new versions of classic games, but these "remixes" tend to be complete wastes of time. Worse yet, the nine non-remixed arcade classics are marred by a terrible selection of games and poor Wii control implementation. Namco Museum Remix is an all around mess that has to be seen to be believed.