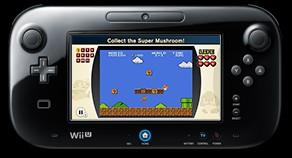 NES Remix wants you to remember the good old days. Simpler times when everything was clad in glorious 8-bit, when you only needed four buttons and a D-pad.  A time when the platforming physics just didn’t feel quite as good. Or felt just right, depending your feelings about retro games. Those feelings will be the deciding factor in your enjoyment of NES Remix, which consists completely of NES games of all genres, from Super Mario Bros. to Golf. But instead of being a simple collection of these games it twists them into a Warioware-esque collection of short challenge maps and time trials taken from the games, as well as “remix” stages that alter the game’s mechanics to create a unique trial for you to undertake. These bite-sized challenges are highly addictive and there are seemingly endless amounts to take on. You will play for hours and hours, assuming you have a love for NES era games.

The basic premise of an NES Remix level is to drop the player into a specific challenge from a game, such as defeating Bowser in Super Mario Bros. Much like Warioware you are given a simple command (Defeat Bowser!) and are challenged to finish the task as quickly as possible. Sometimes you are faced with multiple challenges in succession. These may be alterations of a single challenge (defeat 4 Bowsers in a row) or a whole section of a game played quickly (beat this Zelda dungeon by playing the highlights). You are given a set number of attempts across all the levels, and after completion you are given a star rank from one to three. Star ranks are based solely on time, unless you run out of lives and continue which results in a one star. As you accumulate more stars you unlock more games, and more difficult Remix stages. If you do well you will quickly unlock tons of games and Remixes, but if you struggle to three-star challenges you will have to play a wider variety of games. If you don’t enjoy some of the less popular titles like Wrecking Crew or Balloon Fight, getting stars might feel like grinding. I didn’t particularly enjoy mastering games like Mario Bros. and Ice Climbers, but others will, and it was definitely worth it to get more Remix stages.

As the name would suggest these Remix stages are undoubtedly the game’s crown jewels. They take the game’s idea of short level bursts and put a twist on them, such as beating a Mario level where you can’t stop running, or beating a level of Donkey Kong without jumps. These are the most challenging, most entertaining games in the collection. No matter what other game I was progressing through at the time, whenever a new Remix level was unlocked I immediately wanted to go see what it was. Eventually the Remix gimmicks start repeating, but never enough to become boring. The game’s final unlock is Bonus mode which includes more Remix stages, but also a few special stages from games that weren’t chosen to be fully included such as Baseball. These bonus games are appreciated, but it got me thinking about omissions like Super Mario Bros. 3 and Metroid. These games are ripe for remixing, and I wonder if their exclusion hints at the possibility of an NES Remix 2.

As far as how the game plays, looks, and sounds, everything has been preserved excellently despite being on a modern platform. The classic A, B, Start, Select, D-Pad control scheme has been kept for each game, though you do have the option to use the Joystick if you wish. I have no objection to keeping the controls as is, but you aren’t given the option to use any controller except the GamePad. Considering the Wii Remote was specifically designed to mimic an NES controller the lack of control options was surprising to me, and I found that for a few games (specifically The Legend of Zelda) the GamePad’s D-Pad just didn’t feel good to use. Outside of the Remix levels all the graphics and music have been kept the same as in the original releases, and within the Remix stages changes are usually small, such as more vibrant colors.

The idea behind NES Remix has the chance to become something beautiful. With only 16 included it feels like a test run for a bigger idea, one that I hope comes in the form of a bigger more ambitious sequel, maybe even one that Remixes SNES games. But even as is, NES Remix is a fine game.

NES Remix is a shameless appeal to nostalgia with a great premise and tons of fun, varied gameplay perfect for anyone who yearns for the 8-bit era.