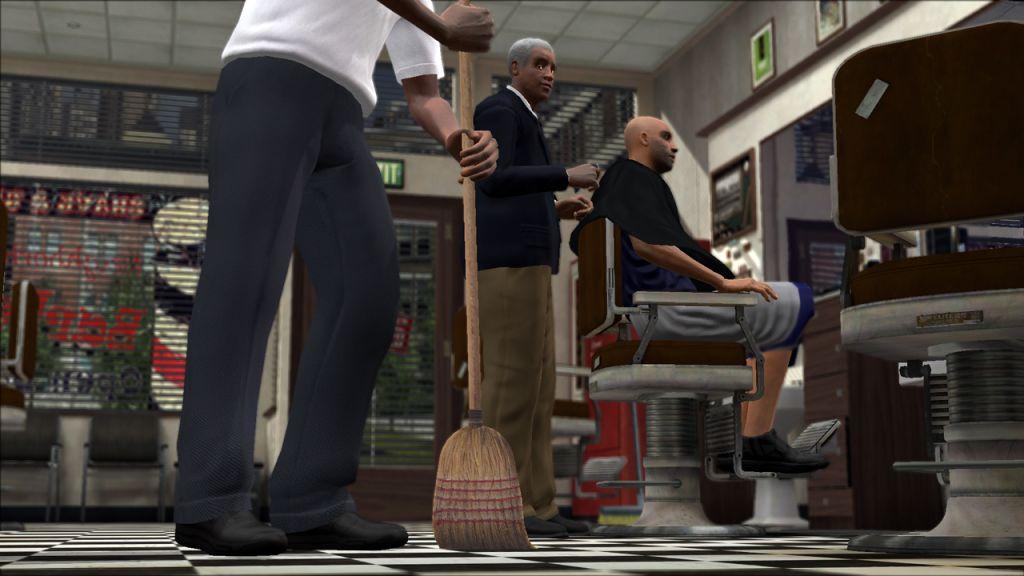 NBA 09 The Inside Interview

Written by John Yan on 10/20/2008 for PS3
More On: NBA 09 The Inside
Can you introduce yourself and describe your role on the project? How long have you been in the gaming industry and what drew you to your current position?
My name is Vernon Mollette and I am the Producer for our NBA franchise. I have been with Sony for over 8 years and have had the opportunity to work with some of the best in the business. I started out in QA as a tester and followed the path through the ranks of QA, Designer, Assoc Producer, to my current position as Producer.

Being a fan of basketball, which rookie do you think will make the most impact this year and who is your favorite player today?
I think Beasley is going to come out and be an impact player pretty quick. Being the third option behind Wade and Matrix, he should get some open looks and get going early. He is strong and knows how to use that strength to score about anywhere on the floor he chooses. I look for him to adapt to the speed and physical play of the NBA quickly. As far as my favorite players, I am a Knick fan [insert joke here] and love to watch David Lee play. He has a nose for the ball and heart. When he had every opportunity to quit, he still played like it was game seven. He never stops and it’s obvious why he’s a Garden favorite.

If you were drafting an NBA team and you had a pick of anyone to start your team, who would be your first pick and why?
If I am Donnie Walsh and have the opportunity to build the Knick Franchise, there are so many considerations. The first thought for me is a big, but with the way that the League has been going with the smaller, running style game, you really have to have an unselfish, athletic, scorer. Among the NBA elite that meet all of these requirements it has to be LeBron. C’mon 2010!

Before we get into the Life, which is the big feature for this year's game, what are some things you've done to improve on the graphics?
Our focus was to maintain the edge we have in graphics. Being the game that runs at 60 fps at 1080p, we are always looking at ways to improve our graphics. We spent a lot of time with the shaders for Environments and our Characters as well as developed a new tool that gave us such control over the lighting, that it really brings the game to life.

The one thing I always dislike about the past few NBA Live iterations, which is the competition, is that fact that the game of basketball just wasn't translated well. You had things like a heavy emphasis on guard play, bad AI, and bad rebounding outcomes. What have you done with this year's version to improve on gameplay and in turn make a better attempt at simulating a real basketball game and avoid the mistakes made by other companies' games?
Our focus on Gameplay and AI this year was to make a great playing game by focusing on the fundamentals and making sure we get those right. With focuses on our transition game and our AI, our Gameplay and AI team made huge strides. The AI Team built a tool that we could put into the hands of our designers and guys that know basketball inside and out for them to create the game and it really shows.

How has the Franchise mode been improved for this year's version?
Our Franchise Mode and The Life were introduced this year on PS3. It is a fully featured mode with everything that fans of our franchise expect from a franchise mode including off season player development, full draft and scouting, as well as a next gen simulator that the consumer can adjust play style sliders and actually jump into the game to finish an opponent off.

Were you able to secure any NBA talent this year to help out with the game and if so what did they do and what advice did they give?
We were fortunate to have Kenny Smith come in quite a bit and discuss how it was for him coming up from North Carolina to the Championship. He even stepped into the MoCap Studio for a scene in The Life which turned out great. We constantly have talent coming through for MoCap, interviews, etc. Last week Ronny Turiaf and Nick Young came in and had a blast.

It seems more and more sports games are having full 5 on 5 online capabilities. Why did you stick with just 2 vs. 2 and have you thought about doing a full 5 vs 5 online for the future or perhaps a patch later on down the road to put this into NBA 09?
We are dedicated to expanding our online community and making it a thriving environment for Gamers. As we move forward with our online feature set, the introductions of several features are coming along well that we are excited about. Our goal is to provide a great experience for our online consumers and

I'm a big fan of MLB 08's the Show feature and how you have to rise up from the minor leagues to get your shot in the majors. Since basketball works a little differently with the D-League only been in place about eight years, why did you go to the route of having a player come from off the street into the D-League rather than being drafted by an NBA team from a college and sent to the D-League to start out?
Over the last several years the talent pool in the D League has improved dramatically, and is proving to be a great resource for the NBA. For the 2007 -08 NBA season alone, there were 44 players who were called up from the D League. Those numbers are on the rise in this up coming season. The D League seemed to be a natural fit for this feature in that it enabled us to show a progression of our character in the professional realm, and to show that not everyone in the NBA gets drafted. Our goal was to explore all the different avenues the players take in making it to the NBA. In years past we have explored the NBA draft, so we wanted to keep the feature fresh by bringing the end user a new experience.

The Show didn't really have rendered videos or a "story". Can you elaborate more on this feature as it seems like a new direction for San Diego Studios in trying to produce a more RPG like element in a sports game.
We really want to bring the experience of “The Life” to those of us who will never know what it’s like to live the dream. We want to show the hard work and struggles that these guys endure during their life-long pursuit to be the best and get that ring. With our incredible art team taking advantage of the power and flexibility of the PS3, we knew we had to blow it out and tell these three stories through amazing cinematics. 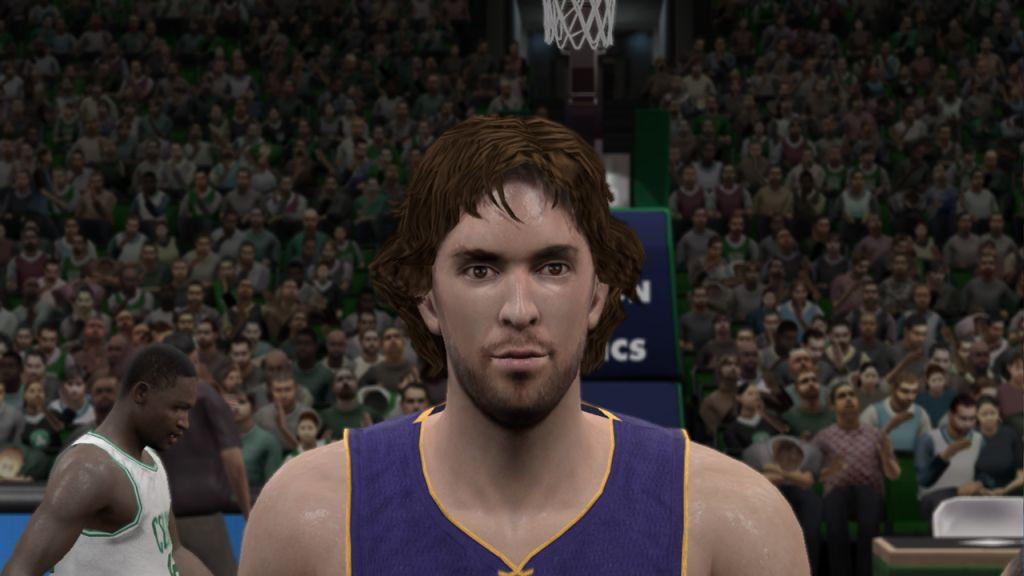 Will you be able to choose any team and any position in the Life? And if so, what if you are playing a position that a superstar on that team is currently playing? I remember in the NBA 2K series with their Association feature and being mad that I replaced Lebron James in the lineup because I chose the same position.
I hear ya, how can a Laker fan select them and not be able to play with Kobe? We accomplish this in our Progression Mode by giving the User the opportunity to select if they want their created player to be a starter or a bench player. Either way, the Stars do not get replaced. They are still on your team. The same is true for The Life. You select the position you want to play. Guard, Swing Man, or Big Man and play with your favorite NBA players.


What's one thing you couldn't do this year for The Life that you would love to do for next year's version?
This year we were really able to accomplish what we set out to do. Once we were able to bring The Life over from the PS2 to the PS3, we knew we had something very special. The cinematic quality and gameplay of The Life make this such a unique experience when it comes to Sports gaming; I believe everyone that sees it will appreciate it as much as we do. As far as future iterations, we have set ourselves up so that The Life can evolve in a way that the experience will further differentiate NBA09: The Inside by way of more dynamic gameplay and cinematics.

Finally, who do you think will win it all this year?
Man, am I going to catch flack for saying this, but if Bynum comes back as strong as he was playing last year before the injury, I think Kobe could be getting sized for another ring.