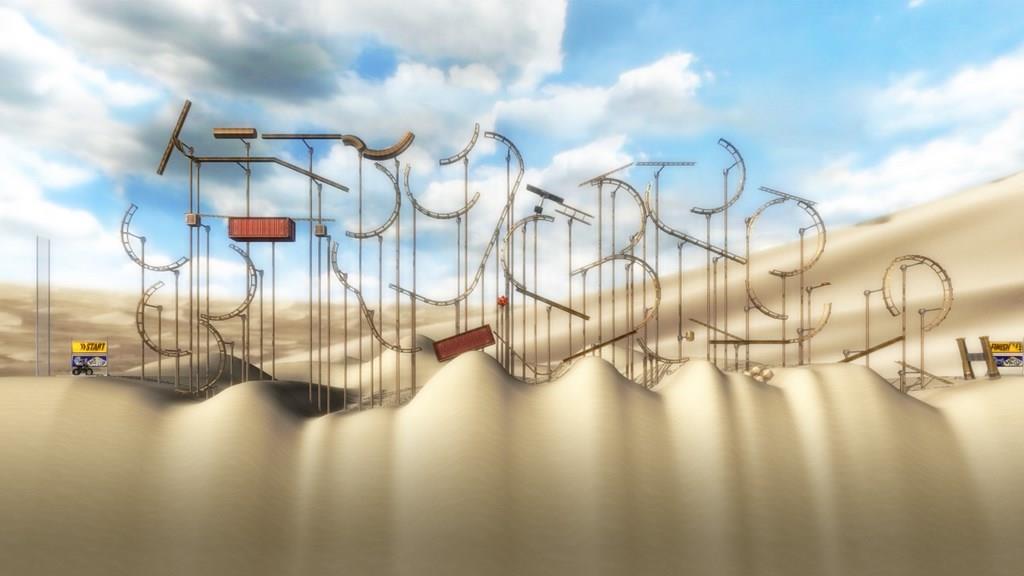 Written by Nathan Carter on 8/1/2013 for PS3
More On: Motorbike
PS3 owners haven’t had much in the way of Trails-based games to enjoy. With the release of Urban Trials Freestyle, perhaps now is the time for Trials games to give PS3 owners what they have been clamoring for. So now we have Motorbike, a "trials" game for the PS3 via PSN, and it crashes and burns before it even leaves the starting gate.

As soon as you start the game you are greeted with one of the most boring menu screens I have ever seen. You get a plain black background with tacky yellow borders around the options and the most generic rock music blasting in the background. From here you can change your biker options, which again are generic and gives you choices like generic man, generic woman, generic man in motorbike outfit and generic woman in motorbike outfit. You can also get a whopping two choices for bikes but that really doesn’t matter since this doesn’t change the game at all. If you made it this far, then you can try to navigate the completely unresponsive and confusing menus to try and start the game.

A game like this requires smooth gameplay,loose controls, and a good physics engine. Motorbike has none of these. Right from the start of the first track, as you go speeding off to one of your many crashes, you will be graced with a framerate that will want to make you throw up. Never in this entire game is the framerate smooth and will constantly fluctuate between decent, bad and very bad, at random. To make things worse, your biker controls horribly and you never truly feel like you are in charge of them. It seems like you are mainly at the mercy of the game. They will show no mercy, however, as the track design is atrocious. The tracks are just a bunch of random obstacles, loops and jumps that have no regard for the physics engine or what you can actually do in the game. There is one where a giant shipping container drops on a ladder which launches you into the air. You have to avoid the ladder and make it over the shipping container. The problem is that no matter where you are on the ladder, you usually just fly straight up, and come straight back down, forcing you to restart the level. You can only hope that you get lucky enough to land where you are supposed to, but even if you do, you will most likely crash shortly after, forcing you to do it all over again. Sometimes you will even find yourself going in loops over and over again until you realize you were supposed to drop down a little ways back, and the loops were there for no reason. It’s trial and error at its worst and you will see things like this constantly over the default 80 levels in the game. Random obstacles will fall out of the sky at you, you will have damn near impossible jumps to make, and you will find yourself easily getting stuck in most levels. If it has one thing going for it, the game does give you a lot more leeway when it comes to avoiding crashes because you leaned too far ahead or back. In most trials games, lean too far forward or back and you will crash. Motorbike, however, says screw physics and lets you recover when you are almost touching the ground. Seriously, your face can be kissing the ground and you can easily just pull back and recover.

So, if you have overcome all those annoyances, you would think the worst is over, right? Of course not, because you have all kinds of bugs and glitches to worry about as well. So you just spent a considerable amount of time trying to beat a hard level? Well, the game decides to laugh at you by having you fall through and get stuck in the obstacles. Then the camera decides to have a spaz attack at some points causing you to crash. At least the game give you “checkpoints” on some stages, but they are pretty much useless since you will probably find you won’t even want to bother with the stage in the first place. Let’s, however, say you do care. If you do screw up, all you have to do is hit the select button to reset the course. Easy enough, right? Well it would be if the game didn’t break half the time. Sometimes when hitting the select button the course won’t reset itself. All it does is place you at the starting gate. This means you will have to go back to the main menu and select the course again. That is if you can even figure out how to get there. Something as simple as a pause screen is a chore to use in this game. You press start and get the options, new game, settings, editor and about. At first I was baffled. Did they really not give you an option to go to the main menu? New game simply resets the track so I thought you had to quit out of the game and restart it. Then I learned that, no, the “settings” button brings you back to the main menu. Why on earth would anyone think “settings” means you go back to the main menu? Usually when I see settings in a game, it’s to change controls and music. Speaking of real settings, you hardly get any. You can control the sound, music, turn off an annoying giant controls help menu that shows up before every level and activate classic controls. You also get “night mode” which simply turns the brightness down on the level. It doesn’t add anything to the game and hardly looks different from the generic backgrounds you already have, including spring, summer, fall and winter. The graphics are not what you would expect from a PS3 title. I would expect this from an early PS2 title, at best. That sound and music option: turn them both off immediately. The music is a constant barrage of annoying and generic instrumental “heavy metal,” the annoying buzz of the bike and ugh, argh, from your biker over and over. 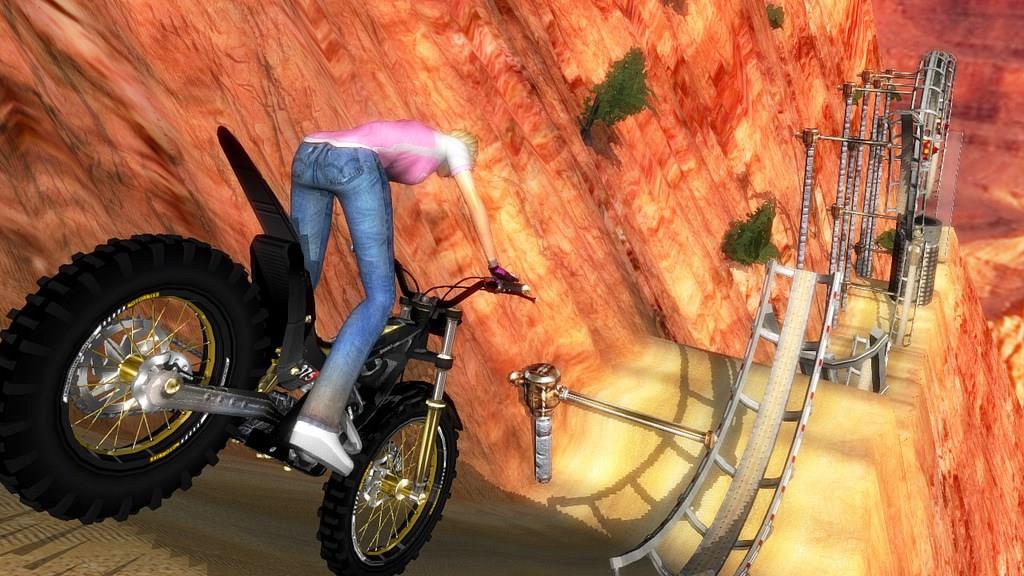 If you really want to punish yourself, try out the local co-op. It starts out innocently enough, both riders start side by side, and then frame rate gets even worse. To make matters worse, when one player goes off screen, it goes into vertical split screen mode and the camera has a seizure. Good luck trying to finish a single track. You will find yourself crashing into your teammate constantly, or failing a level because your nose touched the back of their bike.

I will say this though: the game does come with thousands of levels. Between the default levels included in the game and the free levels created from the online community, there is a lot to play. It’s a shame however that the game is broken in just about every way possible. Try scrolling through the list of thousands of community tracks. You scroll through them at a snail’s pace and if you find a level you actually like, you will have to scroll through the list again just to get to it.

When it comes down to it, this game doesn’t do anything right. This is the definition of a bad game. It’s filled with terrible gameplay, terrible graphics and music, and tons of game-breaking bugs and glitches. It amazes me that this was even allowed to be released.
The $15 asking price for this game is an insult compared other games on PSN that are less than that or Urban Trials Freestyle which is a much better Trials game and is a PS3/PS Vita cross buy. This is probably the worst game I have played on the PS3 in its lifecycle and one of the worst games I’ve ever played. There is absolutely no reason to buy this game. Stay away, stay far away.