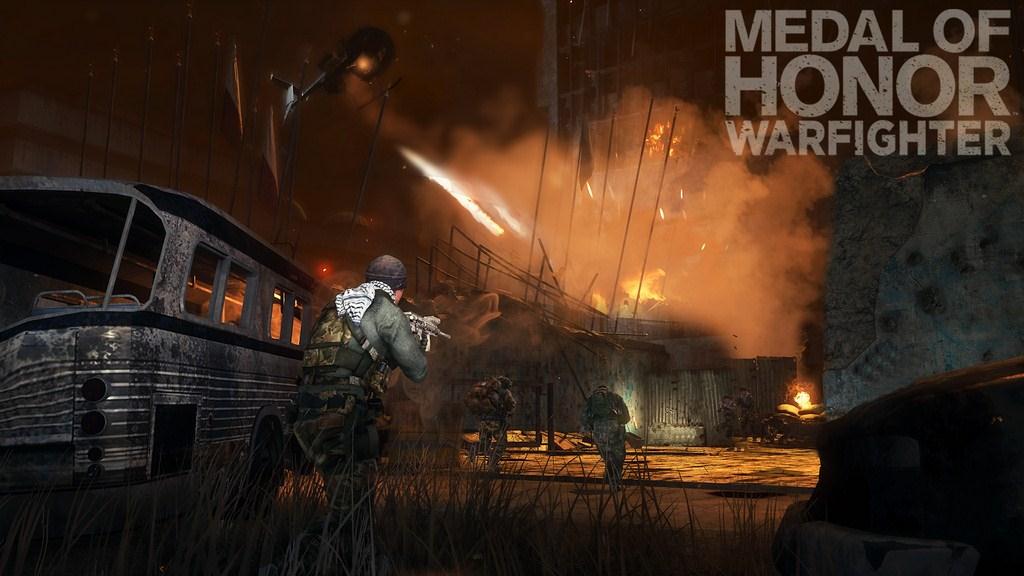 Written by John Yan on 11/7/2012 for PC
More On: Medal of Honor: Warfighter
EA brought back Medal of Honor two years ago and the effort was met with some mixed reactions. I thought the game was OK, not great, but had its fun moments. With Danger Close at the helm again, they have released Medal of Honor Warfighter, the next chapter in the Medal of Honor series.
Warfighter once again follows the footsteps of some Tier 1 operatives. Some returning characters from the previous game will make their appearances here to continue the story started in the previous Medal of Honor. The sad part for me is that even though I played through the previous game, I cannot for the life of me remember the characters. Maybe because they made very little impact on me as I remember characters from Battlefield 3, Black Ops, Modern Warfare, etc. In any case, the story focuses mostly on Preacher, although you’ll be playing various characters again.

The story is pretty basic, dealing with some terrorist group with a stash of explosives that can cause some havoc around the world. You’re tasked to see who is responsible and eliminate the threat. Danger Close has tried to put a more human element to the campaign, putting the emphasis on Preacher’s rocky relationship with his wife front and center. I understand what they were trying to do, but it really didn’t have that much of an impact on me. Mother’s story seemed to affect me more, and there was only a very small cut scene involving his family. I’ll give Danger Close credit for trying to add a little perspective to the life of a Tier 1 officer.
Controls are pretty much the standard military shooter. I did like the feature that lets you quickly switch between two sites on your gun should they be equipped with them. For example, should your gun have a holographic long range site and iron sites installed at a 45 degree angle on the gun, a quick press of the button will rotate the run between the two. This allows for a single gun to be used for both long and short range targets.
There’s a leaning mechanic where you can peak out around corners without exposing too much of your body. This works well in trying to survey the area or take out the enemy when you are behind cover. When you run, you can also do a baseball slide and I used this plenty in moving from cover to cover. Both of these controls schemes also appear in the multiplayer portion of the game, which I also used quite extensively when testing that part out. 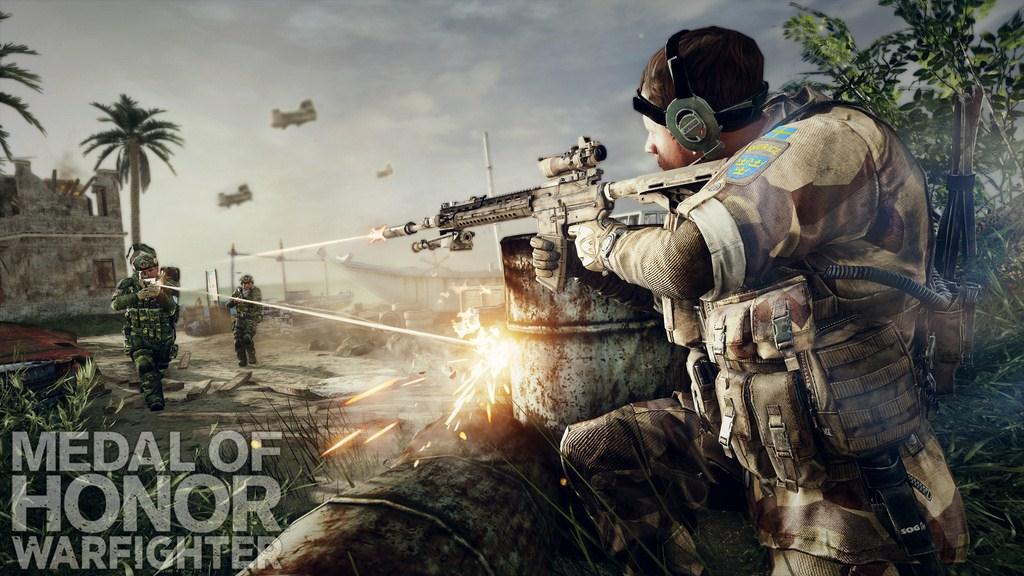 Throughout the campaign, you’ll be asked to do some breaching of doors. You’ll be presented with a selector that lets you choose how to breach it. Now, most of them are locked and you’ll be able to unlock each one by performing a certain number of headshots when breaching. From the looks of it, it doesn’t seem like one way to breach is better than the other, just that you can perform different types. It’s a little disappointing that there doesn’t seem to be a benefit in whether you kick down the door, use an explosive, or crowbar. Still, it gives you a little goal in the campaign to unlock each breach animation.
Enemy AI is pretty simplistic and you’ll spend a good amount of time just waiting for them to pop their head up. They’ll try to do some maneuvering around between cover, but they seem to spend a lot of time out in the open letting you pick them off easily. They also seem to be master shots, because once one sets his sights on you, you’ll seem to get hit a ton. For the most part, they didn’t put up much of a fight and their tactics were pretty basic.
Warfighter’s highlight though must be the car chases. Let me say, when it first started I was afraid it was going to lead to a frustrating experience forcing me to do multiple tries. Not only was it fun, it only took me one try to get past it. You’ll be driving at high speeds into and against traffic, through crowded areas, and through very compact alleyways. The sequence reminded me of Burnout with slow motion views of crashes from both you and the enemy cars. I don’t know how Danger Close did it to put all those objects in the way and not making it so you would fail easily while maintaining a high level of intensity, but they succeeded. 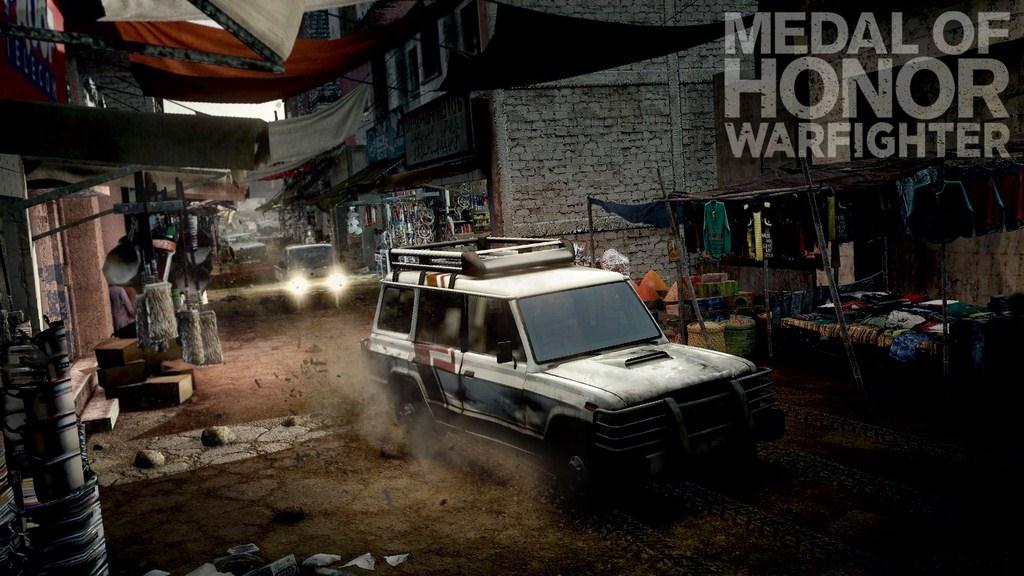 The campaign lasted about four or so hours, making it one of the shorter single player experiences out there. I played on normal and never got stuck in an area for too long. Action got a little repetitive near the end and the story was felt disjointed. There are ways to make a story jump around and not seem confusing or annoying, but Warfighter didn’t do a good job here. The short campaign and bland story made Warfighter’s single player campaign one to forget.
The other half though is the multiplayer portion that wasn’t that bad. At least you aren’t forced to use the browser to connect to games like Battlefield 3. I covered a few of the aspects when I was at E3 so I was pretty familiar with it heading into some online battles.
As with most multiplayer games these days, the more time you set into it, the better the gear you’ll get. Unlockables come by via earning enough points and achievements. The more you play and the better you play, the faster you can get those new weapons and add-ons for the six classes that are available to you.
With the buddy system or Fireteam as its called, you’ll do a lot better hanging by your friend. Not only can they heal you, but you’ll be able to spawn next to him should he still be alive and kicking. You’ll also be able to earn a few extra experience points when you are along side your buddy. It’s not a new concept, but it’s a welcomed one and one I did enjoy taking advantage of. 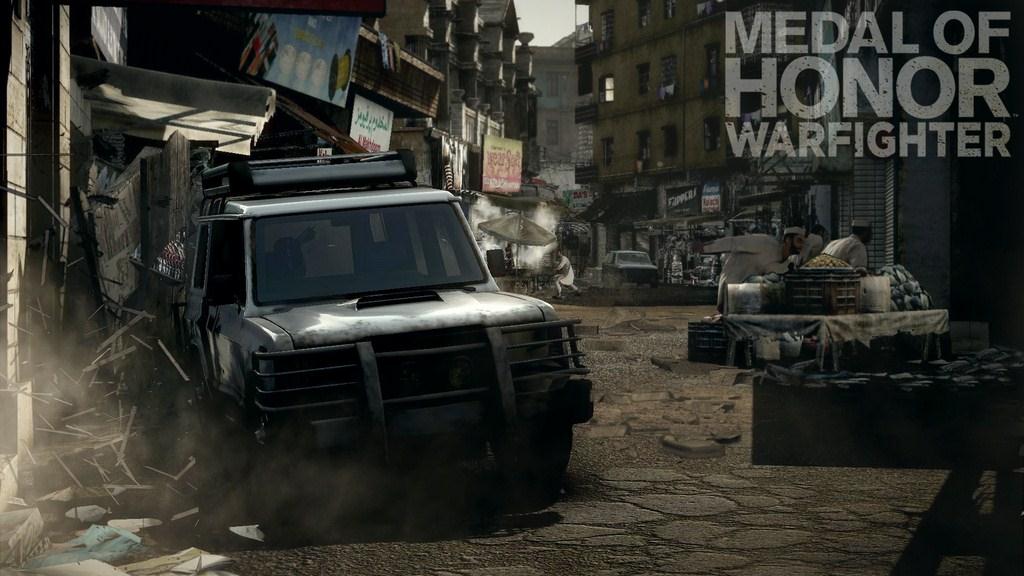 My sessions mostly were spent on bombing three points, or defending the three. The pace was pretty fast and it didn’t take more than a few shots for me to die. It reminds me of a little slower Call of Duty in that fire fights are quick and it doesn’t take too many shots to bring someone down, but running around isn’t as fast.
A few games did devolve into spawn camping, which can be a problem. More so than not, I found myself on the wrong side of team and having very little recourse in being dominated by the opposition near my spawn point. The lack of killcam makes it hard to know where the snipers are and that leads to a major advantage towards them should you run up against a team with a few proficient snipers.
There’s a LOT of information that comes through though on the screen and it can sometimes get a little confusing. I would’ve liked to have the information toned down a but as to minimize the distraction. Perhaps a way to customize what information flashes on the screen. While I appreciate as much info as possible in most situations, Warfighter suffers from presenting too much at times.
Multiplayer fans will find that Warfighter’s take at it has some good and bad, but it’s better than the single player campaign. Unfortunately, it’s going to get lost in the dust once Black Ops 2 comes out in a few weeks.
This time around, Medal of Honor used the Frostbite 2 engine for both the single player and multiplayer portions of the game. If you recall, the previous game used the Unreal Engine for the single player while the multiplayer was served up by the Frostbite 2 engine. In any case, I really liked the look of Warfighter, powered by the impressive engine. The graphics are very solid and the engine offers up some nice features such as destructible environments and some dynamic environments as well. One level that really shows this is off in the campaign is the flood level, where vehicles float around the city and block your path. 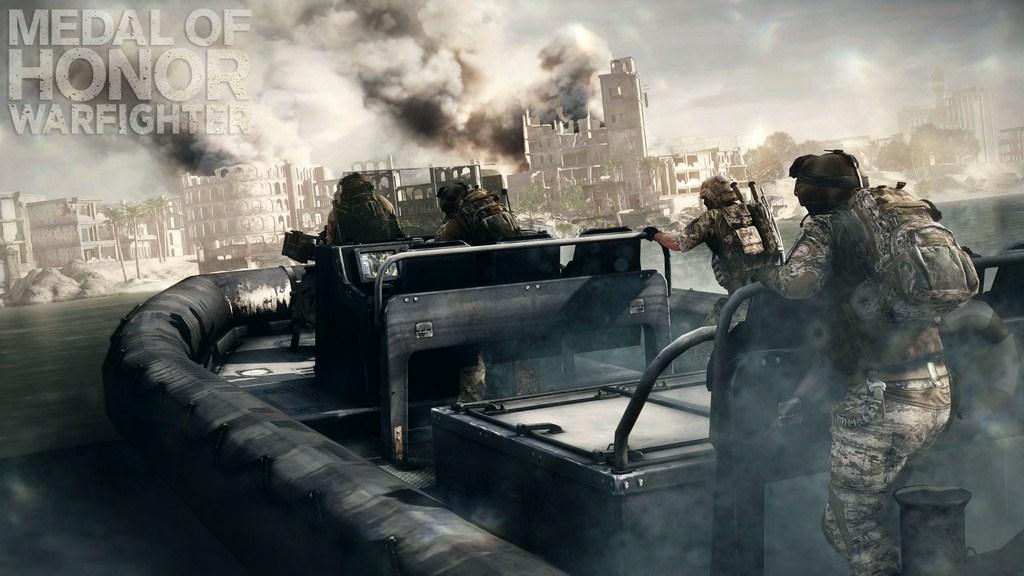 Usually, it doesn't bode well when you have a day 0 patch and Medal of Honor certainly had a big strike going for it having to download a 1.6GB patch on the PC. Yikes. That's as big as some games these days. In the single player campaign, I experienced one single lock, which I thought I’d get more. One bug that I ran into, which annoyed me to no end, was that my squadmates would sometimes just hang back and not move up leaving me to take down the entire army by myself. If this game didn’t emphasis being in a squad, I wouldn’t have found it to be that big of a deal, but you’ll spend a lot of time with some friendly AI and they can be pretty useless when this happens. I didn’t run into anything when playing multiplayer, which I have to consider myself lucky here.
Medal of Honor Warfighter doesn’t have the features or polish needed to set itself apart from the rest of the crowded military shooters out there. I know EA really wants this to be a big franchise like their other IP, Battlefield. Unfortunately, this one won’t be the game that takes it there. The single player campaign is OK, with some highlights in the vehicle sequences. The multiplayer has its moments as well and the Fireteam feature is nice. Overall, there’s too much that doesn’t gel or come together to make this a complete package.
It's not as bad as some folks say, but it's not a game that's going to stand out. EA's second attempt at a Medal of Honor game falls short in many areas. but there are some bright spots here and there.