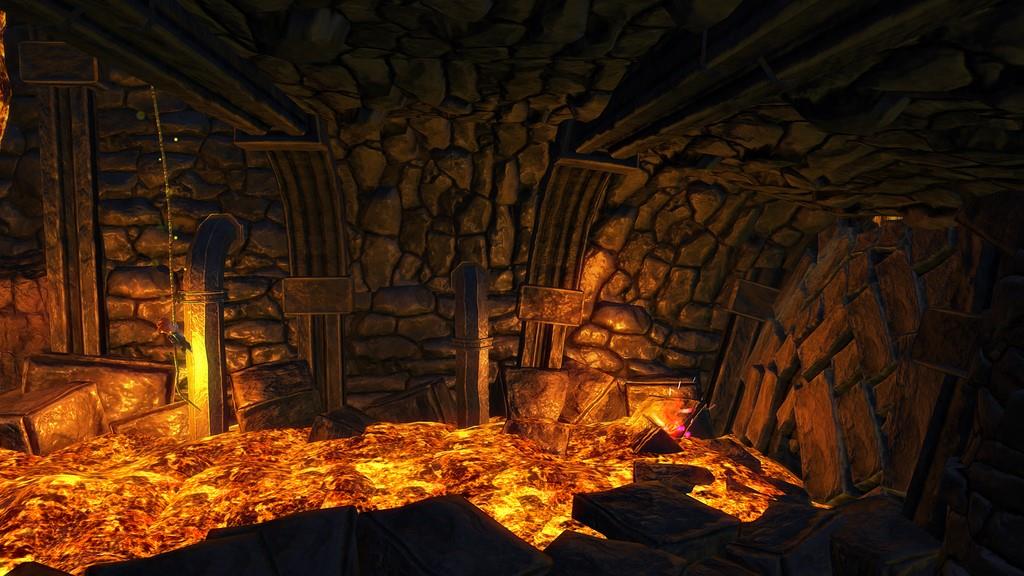 Max: Curse of the Brotherhood

Written by Nathan Carter on 1/20/2014 for XBO
More On: Max: Curse of the Brotherhood

The Xbox One has been out for almost two months now and has its fair share of good games, terrible games, and average games. Max: Curse of the Brotherhood falls into the average category. Thankfully there isn't really anything bad about the gameplay as it's a very decent platforming adventure. The problem is that outside of the gameplay, the game just isn't all that memorable. It's one of those games that you will enjoy for what it is, but if anyone asked you about it three years from now, chances are you'll have no idea what game they are talking about because you had forgotten all about it.

Right from the get go, Max: Curse of the Brotherhood suffers one of it's biggest problems: the story. Max, your average kid, is upset that his younger brother is playing with his toys. Max searches the internet and uses dark magic to wish that his brother Felix disappears, and disappears he does as he is sucked into a portal that opens up in his room. Max then realizes his parents will probably be upset about this so he jumps through the portal in an attempt to save his brother. Max then must travel through the evil Mustacho’s land to retrieve his brother. The game hasn’t even started yet and already this Max kid annoys me. You were the one who wished your brother go away so be careful what you wish for, dude. Anyways, you can expect your typical platforming experience in Curse of the Brotherhood and thankfully, in my opinion, the game play is the saving grace of the game.

At the beginning of the game, Max discovers a magic pen that allows him to draw platforms to help him traverse and climb levels. This is where the fun of the game starts to kick in as you will have to use this ability to solve some pretty fun and creative puzzles. Your pen gets upgraded throughout the game as you discover new ways to create objects in each level as well. You may have to create a branch, destroy it so it falls on the ground, and then create two platforms to create a makeshift bridge. You may have to raise a platform to open a cage, wait for an enemy to come running at you and then destroy the platform, dropping the cage on the enemy. Most of the puzzles do require that you sit and think of the solution and when the answer finally comes to you, you get a great sense of satisfaction that you accomplished something. This is what kept me playing the game. I wanted to move forward to see what clever puzzle they had waiting for me next. I will say that the drawing does get a little finicky at times but it's not terrible. There isn’t really an issue with the drawing controls, but there is this weird feeling I have in the back of my mind when playing this game that makes me feel like I should be playing this on the Wii U. The drawing controls for this would be perfect for the Wii U, allowing you to use your fingers on the Wii U tablet to create new objects rather than the analog sticks. Playing on the Wii U would probably make the game easier as well but again the analog sticks aren't a big problem.

I found myself having a lot of fun with Curse of the Brotherhood thanks to its challenging, but not controller-smashing, difficulty. There will be some trial and error in this game but thankfully it’s just like the Giana Sisters where it can be frustrating but fair. There isn’t a lot of garbage in the game that makes you want to throw the controller across the room. After you die, you will often say, “Oh okay, I get it now,” and be on your way. Checkpoints are plentiful as well so even if you are dying a lot you won't need to replay previous sections over again to get any further. If you are familiar with platformers then you can expect your typical dangers and pitfalls along the way: pits of death, enemies that kill you in one hit, falling hazards and many other ways can make Max meet his end. I should mention that while its not really an issue, some of the ways Max can "die" in this game are pretty disturbing. You will see Max fall to his death, be brutally bashed in the skull by monsters with clubs, and get violently sucked into pits of thorn bushes. Not really an issue for me but this might be something you want to consider if you have children that might play this game. 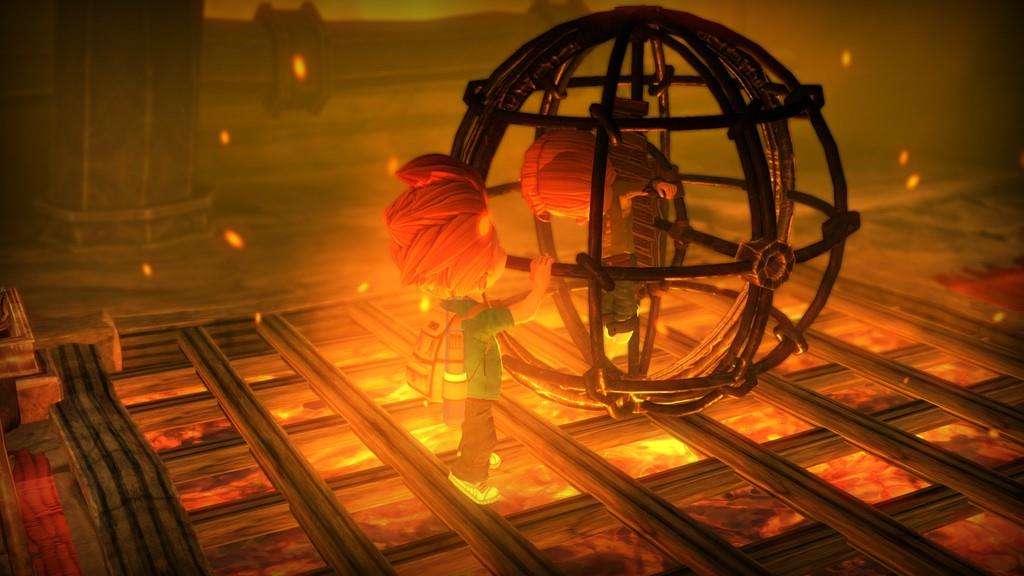 What really made Curse of the Brotherhood fun for me were the variety of puzzles and the various ways you can solve them. Sadly, while the platforming and puzzle solving in the game is really fun, nothing else in the game is really all the memorable or mind blowing. The game does look nice as the visuals make it look like you are playing something straight out of a Pixar movie, but everything is just so forgettable. Everything from the backgrounds consisting of themes, the music, the characters, and the story is just so bland that I found that I didn’t care about any of it. Max, his brother and the main villain are just annoying, boring and uninteresting. The level backgrounds barely offer any variety except when you get to the next theme area, and I couldn’t have cared any less about the story. Maybe this was a good thing though because I did find myself saying, “I don’t care, I just want to get back to the game,” because the gameplay and platforming is really fun. Everything else about the game should have been just as fun as well.

Max: Curse of the Brotherhood is a decent platformer with fun gameplay and a variety of puzzles for you to solve. It's just a shame that the rest of the game couldn't have been as good. It's not a bad game at all – in fact, I had a lot of fun playing it. The problem is that outside the gameplay, everything about it is forgettable. This is both a good and bad thing. Thankfully the game provides fun platforming with clever puzzles for you to solve, but there is a good chance you won't care about anything else. It's like going to a steak house where the steak itself is delicious but the sauce and all of the sides that came with it tarnish the meal, making it bland and forgettable.