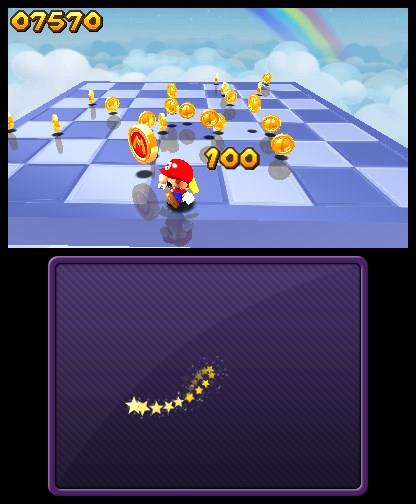 Mario and Donkey Kong: Minis on the Move

Written by Russell Archey on 6/14/2013 for 3DS
More On: Mario and Donkey Kong: Minis on the Move
I enjoyed Donkey Kong on the Game Boy when it was released back in the 90s.  It was like an extension of the arcade version with the only difference being I was actually good at it.  The basic premise was still there: rescue Pauline from Donkey Kong, but it was different in that you weren’t always going up scaffolding, but across buildings, ships, and even icebergs.  When Mario vs. Donkey Kong was released for the Game Boy Advance in 2004 it was more of the same with some minor differences.  However, starting with the next game in the series: Mario vs. Donkey Kong 2: March of the Minis, the goal changed.  Now you have to get minis, which are little wind-up toys of Mario, to the goal by hitting switches and pulling levers to alter how the stage works, but it still worked and was a lot of fun.  The latest game in the series keeps the same premise but, once again, changes how things operate.  Let’s take a look at how in Mario vs. Donkey Kong: Minis on the Move.

So in past Mario vs. Donkey Kong games you had to get several minis to the goal.  As stated above, this was done by pulling levers and hitting switches which would alter something in the stage to allow you to progress towards the goal, such as opening gates or operating conveyor belts.  How has that changed this time?  Well for starters the game is no longer a “side-scroller” so to speak, but rather a seen from a top-down point of view.  Second, and the change that really took me aback when I first saw it, was that the game now resembles Pipe Dream of all things.  For those who don’t know, Pipe Dream is a game that was released on the NES, Game Boy, and ZX Spectrum as well as several other systems, and that was a port of the PC game Pipe Mania.  Essentially you had to connect pieces of pipe together to get slime to flow through them until they reached either an end piece or until you just ran out of room, in which case the goal was just to get the slime to flow through a certain number of pipes to progress.  Well, the concept of connecting pieces to form a path is the basis for Minis on the Move. 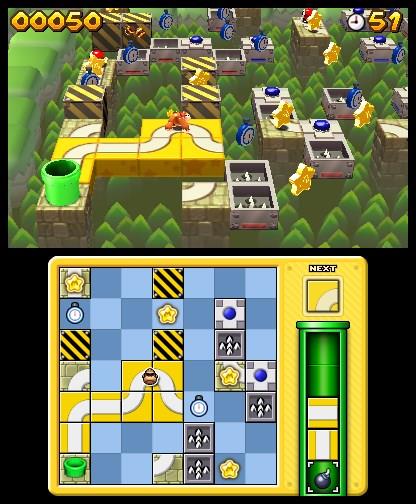 On the right side of the screen you’ll see pieces of a path fall into a pipe.  You must then drag those pieces onto the main area to make a path for the minis to move around the field, ultimately leading them to the goal.  However, you can only have five pieces in the pipe at once, and if you linger too long and a sixth piece tries to come down, the game ends.  At first that’s all you have to do, but as the game progresses you learn about other tiles you can use, such as bombs to clear out pieces you’ve already laid down on the field, or the ability to drag pieces to a trash can, three of which will give you a wild card tile that can connect any two pieces of path on the field, regardless of orientation (just so long as it connects them).  You’ll also eventually learn how to defeat an enemy that may appear in a stage or how to rotate certain tiles to change a mini’s path.

Thankfully all four modes aren’t the exact same.  I mean, why split them up when the only difference is the default mini, right?  Thankfully the other three modes each have their unique aspects.  Puzzle Palace gives you a certain amount of tiles and you have to complete the stages with just those tiles.  As far off as the two games are I kind of liken this to Tetris Attack’s puzzle mode on the Super NES where you only have a limited number of moves to complete the stage, except here you have a limited number of tiles to place down to create the best path to reach the goal and/or collect any bonus coins along the way (which can get pretty tricky pretty fast).  Many Mini Mayhem doesn’t give you any tiles to place, but rather you have to move tiles around the board itself to create new paths, and as the title suggests you have more than one mini you have to guide to the goal.  It’s very easy to lose track of where the minis are going once you have three on screen at a time.  Finally, Giant Jungle is pretty much what the main game mode (Mario’s Main Event) is, just bigger…MUCH bigger.  Honestly, I have yet to complete a stage here yet, but there’s only a few since they’re so huge as opposed to the sixty each of the other modes have.

As far as extras go, there are a few but they’re kind of lackluster.  There are four mini-games to unlock, but three of them are just about the same; they all involve launching something into the air, whether it’s flinging mini-Marios at some Shy Guys or nabbing Shy Guys with a mechanical hand, it’s mostly just drawing back on the touch screen and letting go.  It does get old fast.  Even the fourth mini-game Elevation Station gets old fast because it’s not that hard, at least on the easiest difficulty.  However, if you do enjoy these mini-games you can unlock harder difficulties by collecting stars in the main game modes, which can be done by collecting all three coins in a stage.  The main attraction of the extras though is the level editor.  Here you can create your own levels, share them with others over the Nintendo Wi-Fi Connection, and download levels others have created.  You can search by levels friends have made, popular levels for the week, or just get a random batch of assorted levels.  However, you’re going to get a mix of levels that are honestly challenging and those that are just there so people can say “hey, I put a level up”. 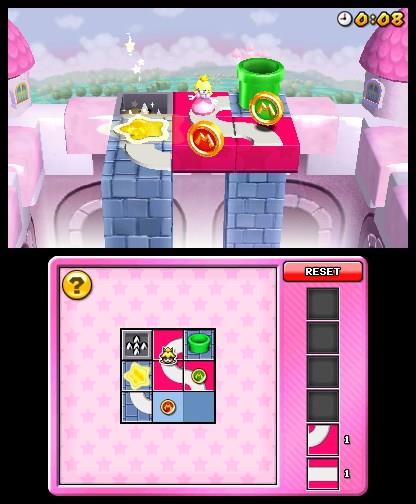 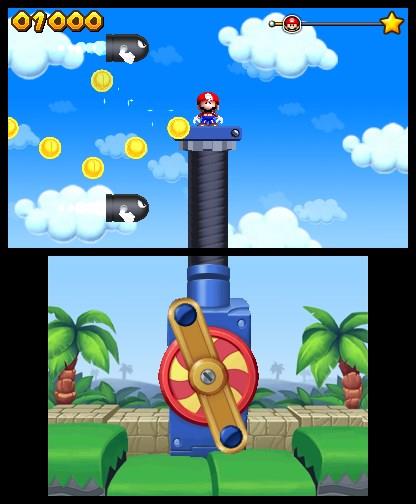 When it comes to the game’s difficulty, I kind of liken it a bit to Pushmo, but maybe a little better.  With Pushmo I felt that the difficulty jumped kind of quickly, going from puzzles that were almost no brainers straight to puzzles that left me stumped for a good long time.  With Minis on the Move however, the puzzles gradually get harder and trickier as you have to learn whether to place tiles in random locations just to get rid of them before the pipe fills up, or keep them in the pipe for a few moments longer because you may need it in a while.  It’s also nice that the different game types help keep things fresh with different ways to do things, and once you think you’ve mastered the different game modes, Giant Jungle comes along and says “okay, let’s give you three huge puzzles to work out”.  It definitely keeps you on your toes and keeps you thinking.

Overall, I enjoyed Mario vs. Donkey Kong: Minis on the Move.  It may not be like past Mario vs. Donkey Kong games, it’s still a nice way to freshen things up a bit.  The fact that it’s more similar to Pipe Mania and Pipe Dream as opposed to the typical side-scrolling of past games is a nice change of pace, and the different types of puzzles keeps things fresh as opposed to one-hundred eighty levels of just moving tiles from the right side of the screen to the left.  With the level editor you can make some pretty interesting puzzles to really challenge other players, or even yourself, by placing anything just about anywhere.  Just please don’t upload any puzzles where the path is already completed, it kind of takes the point away of creating and sharing puzzles.
Mario vs. Donkey Kong: Minis on the Move is a great addition to the series. The fact that it’s different than the usual side-scrolling games of the series is a plus as it keeps things fresh, and the level editor gives you the creativity to make your own levels if you get tired of the one-hundred eighty plus levels the game already offers. This is one I’d definitely recommend giving a shot if you’ve enjoyed past games in the series.