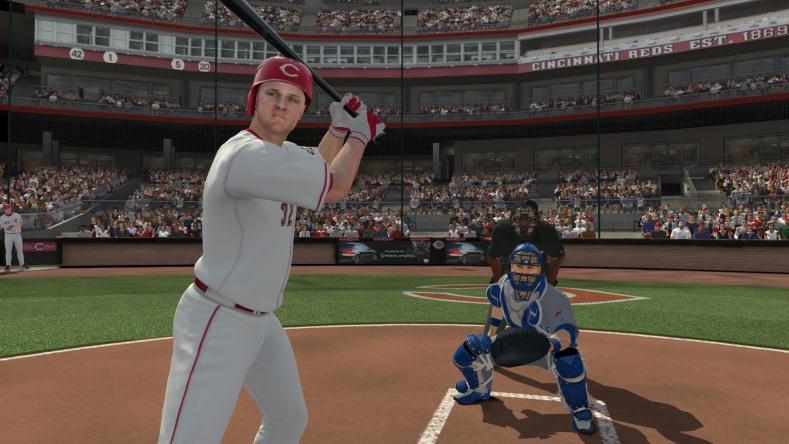 Written by Sean Cahill on 6/4/2012 for 360
More On: MLB 2K12
2K Sports has re-vitalized interest in their baseball series with the wildly popular Million Dollar Challenge.  It was a clever marketing ploy a couple of years ago and has resulted in increased sales, a couple of winners of a million dollars, and rampant accusations of loophole exploitation and flat out cheating.  Setting aside the Million Dollar Challenge, however, how does the game actually perform?  Being able to produce the only baseball game across multiple platforms, 2K Sports needs a strong title to match up against the PS3-exclusive MLB: The Show.  While many improvements have been made, there are still some flaws in the title itself, but it is gaining ground on The Show.

Opening up with the overall interface, it pains me to say that even the menu system can be difficult to learn, considering that the right stick opens up the navigation menu.  It is pretty simple early on, but when I started getting into the specific modes, such as Franchise or My Player mode, it can be somewhat difficult to track down specific options that I need or, rather, it can be misleading.  Case in point, in Franchise mode, if I want to edit anything with your minor league squads, I will go into the minor league options menu.  However, if I want to call any players up or send them down, I have to do it in a completely different menu.  It takes a little time to know just where the options are that I am looking for are hiding in the menus.

Setting the lineups, rotations, and depth charts can be a little frustrating as well, especially in the Franchise mode.  The CPU, of course, can help manage the team if the player is doing a heavy amount of simulating, which is to be expected for those who decide to play a 162 game season for their Franchise modes.  However, even if I were to set all of the options to user controlled, when an injury pops up and I allow the CPU to auto-manage the lineup, it is going to change every last lineup that I have, even if it technically doesn't affect it.  Players can even chance position on top of being moved in the lineup, which means that you have to go back and edit them all over again and remember not to let the CPU auto-manage an injury, even if it takes time to do so.  This can be a minor annoyance to some, but downright infuriating to the hardcore players.

There are some good things about the interface, though.  I found that I can manage just about every aspect of the game and the franchise in the menu as every single piece of information is at your thumbs.  Whether I need to find a trade for a player that is no longer of use to me or to see what other players are available or a simple need of seeing my minor league team's progression, it is all there.

Moving over to gameplay, I found that most of my frustrations were put to rest, though it isn't a perfect experience by any stretch.  Hitting starts out as quite a challenge as the learning curve of timing is a rough one.  The camera angle is defaulted right behind home plate, giving a birds-eye view of the ball coming into the plate.  As mentioned before, timing is everything.  How well a player does will depend on the placement of the pitch, when the swing starts, and where the bat actually makes contact with the ball.  Learning to lay off of bad pitches is paramount, as they almost always result in lazy fly balls or terrible ground outs.  The game will offer some help with this, letting you know if the swing was early, very early, late, or very late.  If there is no pop up at all in the zone to alert you, which means the timing is correct but the bat didn't get close to the ball. 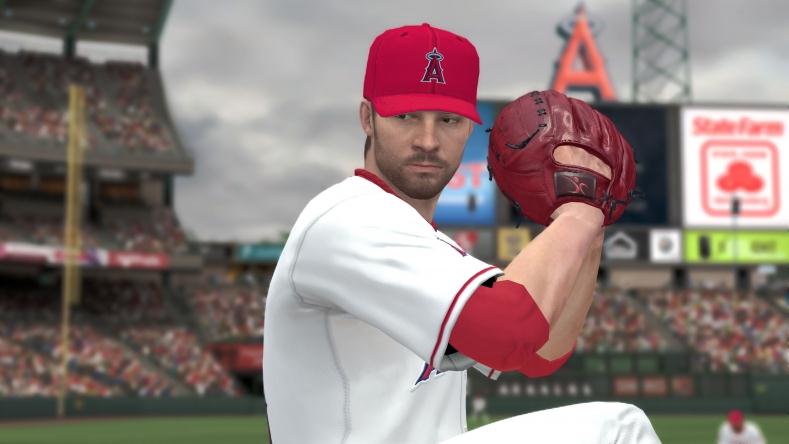 Defenders and base runners are a mixed bag, when it comes to their mannerisms, mechanics, and motions.  Some of the motions that players do to make a great defensive play are quite impressive, especially by middle infielders making stabs at ground balls in order to turn double plays or get a runner out at first.  However, some of them are just not realistic.  The ball will go through one or both players in order to actually turn the double play, no matter the angle that a player is at.  Just like how it's incredibly rare to see a left handed shortstop, I've never seen a ball literally go through a player in order to turn two.  Building upon the mannerisms and motions, some of the motions are just incredibly long and unnecessary.  When charging a ground ball, I've found that a player will not react immediately to making a throw and, instead, pick up a ground ball, run a few steps, and then start the throw.  In baseball, it's a game of inches.  A few extra steps are going to cost a player a ground out and extend an inning.  Having this happen too many times can be very frustrating.  Base runners suffer from some similar glitches and problems, such as late starts on tag ups or, even worse, running through a bag when commanded to stop, though making it far more frustrating is that they should be tagged out and the runner just blows past the defender.

Pitching is where this game truly shines.  Despite the issues that I've talked about, it's all worth it when trying to go through a lineup with a strong pitcher.  The mechanics are the same as the previous couple of versions, forcing a player to complete a specific motion on the right analog stick to complete a pitch as well as to make sure it has maximum power and break.  Not holding it long enough will result in a weak pitch.  Holding it too long results in an overthrow.  Bad gestures on the motion result in a mis-aimed pitched, while a completely wrong gesture results in a wild pitch.  As a game progresses through the innings, stamina will dictate how hard it becomes to complete pitches.  The meter will fill up much faster, especially when a pitcher is tired, forcing a much quicker motion.  It is possible to complete these motions even with no stamina, but the pitcher may as well be throwing batting practice fastballs at that point.  Knowing when the starter is done and when to go to the bullpen is vital as there is a steady drop off once the tiredness sets in.  Also, the umpire will expand or shrink his strike zone at will.  I didn't really find any evidence that it has to do with how a pitcher is doing, however.  It just seems to be quite random.

My Player mode has made some improvements from last year, though it still does not hold a candle to the amount of depth and customization that is seen in The Show.  Player customization in MLB 2K12 suffers from a lot of players having the exact same type of face and just different shapes of their face and head.  Unfortunately, many of these players that are customized end up with the duck face and a trembling lower lip that is a graphical glitch when pitching.  The stats, however, are very much the core of a player's focus in My Player mode.  As the season progresses, challenges in-game are available for bonus points.  Production will give more available points to burn and, of course, lead to call ups to the next level.  Improving a player never ends even after getting to the big leagues, but I really feel as though that most of the time and energy was spent on Franchise mode and not My Player.  It's very simplistic, which isn't necessarily a bad thing, but when stressing a superstar mode, players want to see full control and not a skeleton mode.

MLB 2K12 has made some strong strides to improve the overall product. Pitching, as one would expect with the Million Dollar Challenge, is the strongest aspect of this game, and it can be fun if a player enjoys just doing that. The hitting system has taken great strides, but a lackluster My Player mode and many little glitches and graphical blunders take away from an overall product. Improvement still needs to be there in order to get to the big leagues of gaming.