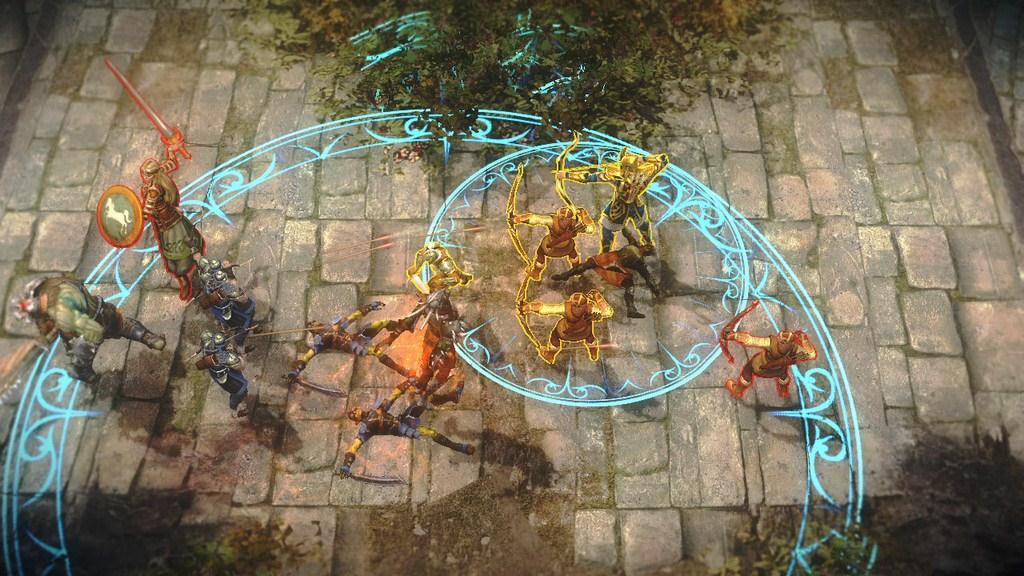 Lord of the Rings: Guardians of Middle-earth

Written by Sean Cahill on 12/5/2012 for 360
More On: Guardians of Middle Earth
I have to admit, I am not a big Lord of the Rings fan.  It isn’t that I have anything against the books or the movies, but it just never hooked me.  That being said, I am always up for a good game, no matter what the theme is behind it.  Lately, Multiplayer Online Battle Arena (MOBA) games have taken a place at the table that is known as gaming, especially with the popularity of League of Legends.  Monolith Productions partnered up with Warner Brothers Interactive Entertainment to create another MOBA game to add to the list, and they have not disappointed with the LOTR-themed Guardians of Middle Earth.

Overview
As previously stated, Guardians of Middle Earth is an MOBA-style game, meaning that it’s solely meant for multiplayer battles.  There are more than 20 playable characters with the title, spreading across the sides of good and evil.  Included in the playable characters are some of the most recognizable names, such as Gandalf the Grey, Eowyn, Legolas, Sauron, and Gollum.  Several of the characters are also available from the upcoming movie The Hobbit, which comes out on December 14th.  For those of you who aren’t familiar with the books, like me, the names aren’t really the important part of this.  Each character is designed to attack in their own profession from the books, making each character unique in how the handle attacks and dish out punishment.  Gamers will have to find their niche with each character and find the ones that work best with their style, whether it be front-line attackers, ranged, magic, etc.

The battlefield itself is broken down into two primary formats:  1-lane and 3-lane.  1-lane battlefields provide for a faster, more chaotic battle.  3-lane battlefields are more spread out and will require a longer match in order to penetrate the opponents’ base.  As expected with a MOBA game, defense towers are set up to protect each team’s base, and the towers in this game tend to do some harsh damage to the primary players.  It will take skill, timing, and luck, to eliminate these towers.  Thankfully, soldiers are sent out at specific timed intervals to help with the attack and to be distractions for the towers.  The tutorial covers some of the basic strategies, but more advanced ideas will have to be figured out by the players.


Gameplay
Every battle is five against five in the battlefield.  Most of my matches during the review period were in the 3-lane mode which had a time limit of twenty minutes.  Several matches went to the full time limit, but in a single match with a couple of the developers of the game, the enemy base fell after just thirteen minutes of play.  Inside and outside the primary lanes of the game are darker areas that have buff shrines, giving teammates an added boost of varying types, such as better defense or regeneration abilities.  Along with these shrines are neutral guardians that do nothing except look imposing to players unless they are attacked.  Several of them are rather easy to take on in later stages of the games, but two larger guardians will require teamwork and more than just one player to take them out.

The core mechanics of the game are pretty simple:  Build up the character of your choosing and gain levels as well as abilities while trying to work your way to the enemy base.  Points are awarded for various achievements throughout the game as a way of keeping score and, ultimately, deciding the outcome of the game if neither tower falls by the end of the time limit.  Killing guardians, taking towards, and killing major neutral bosses will all add to the point total of the match.  It is up to players to determine just what is the best way to build up strength while keeping their base guarded properly. 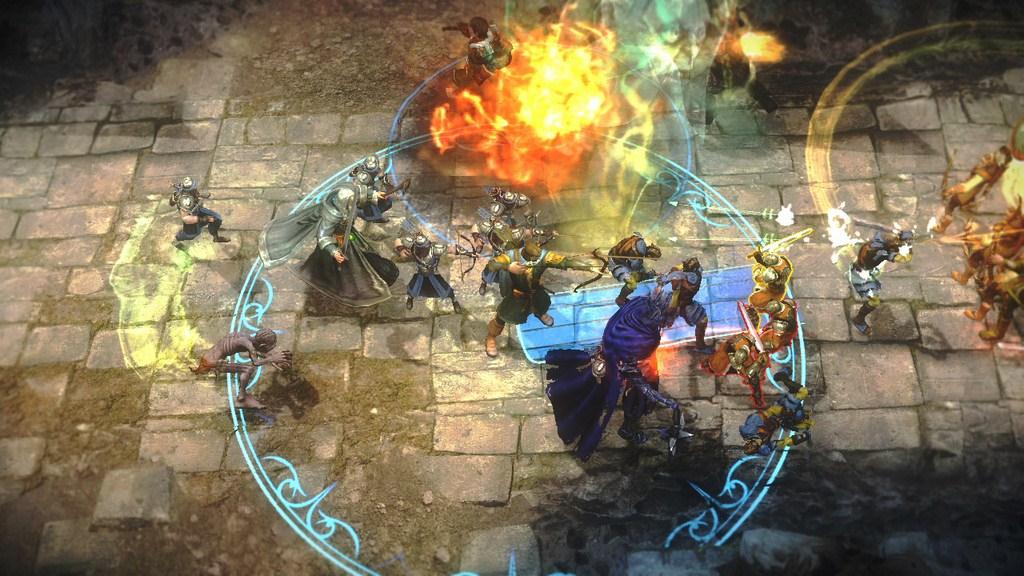 The smaller towers that act as protectors for the main base can be upgraded starting at level 6.  These towers can be set to either be quickfire, split shot, or even regeneration towers to help with healing.  Hit points are at a premium in this game, as regeneration is quite slow and attacks can be pretty brutal early on.  Dying multiple times is going to be a major hindrance, as the more a character dies, the longer it takes to spawn again, so diving head first into battle to be some type of martyr or sacrificial lamb is not going to be the best away to attack the battle.  Teamwork is paramount, and the developers made sure of that.

There’s a lot to like with the style of the game, and even if there aren’t that many players available to play a full five against five battle, the game will make up for it and fill in with AI Guardians that will always be locked in “Hard” difficulty mode.  Also, it must be noted that it doesn’t always have to be players against players.  Skirmish mode pits five players against five AI guardians, giving a different feel of the game altogether.  Don’t go into a battle against all AI Guardians thinking it’s going to be easy:  They’re on Hard for a reason.  The AI is smart and ruthless.  I really enjoy the overall feel of the game, but one thing that I feel takes away from the title is that there is a somewhat stiff learning curve.  The tutorial will certainly help out new players, but it took several matches to get a true feel of the game’s mechanics and how to benefit from the many ways to build up my guardian throughout a match.  The game is not easy, and that’s a good thing, but it might turn off to some who are trying out a MOBA game for the first time.


Final Thoughts
XBLA and PSN games are somtimes difficult to sum up properly, as they usually focus on one very specific style of gameplay and run with it.  MOBA games are not for everyone, and those who are MOBA veterans may very well not like the idea of playing a game like this on a console.  I can tell you that, even if MOBA isn’t your style or you are a veteran, this game is enjoyable.  The Lord of the Rings theme really brings enjoyment to fans of the books and movies and allows players to have a familiarity without having to learn 22 characters from top to bottom.  Even as someone who didn’t read the books, I know who these characters are, for the most part.  Legolas has become a favorite of mine in the game, I'm also having fun with the ultimate evil overlord, Sauron.

With a slick interface and solid MOBA game mechanics, Guardians of Middle Earth gives a healthy dose of Lord of the Rings gameplay while being a very good title for everyone alike.