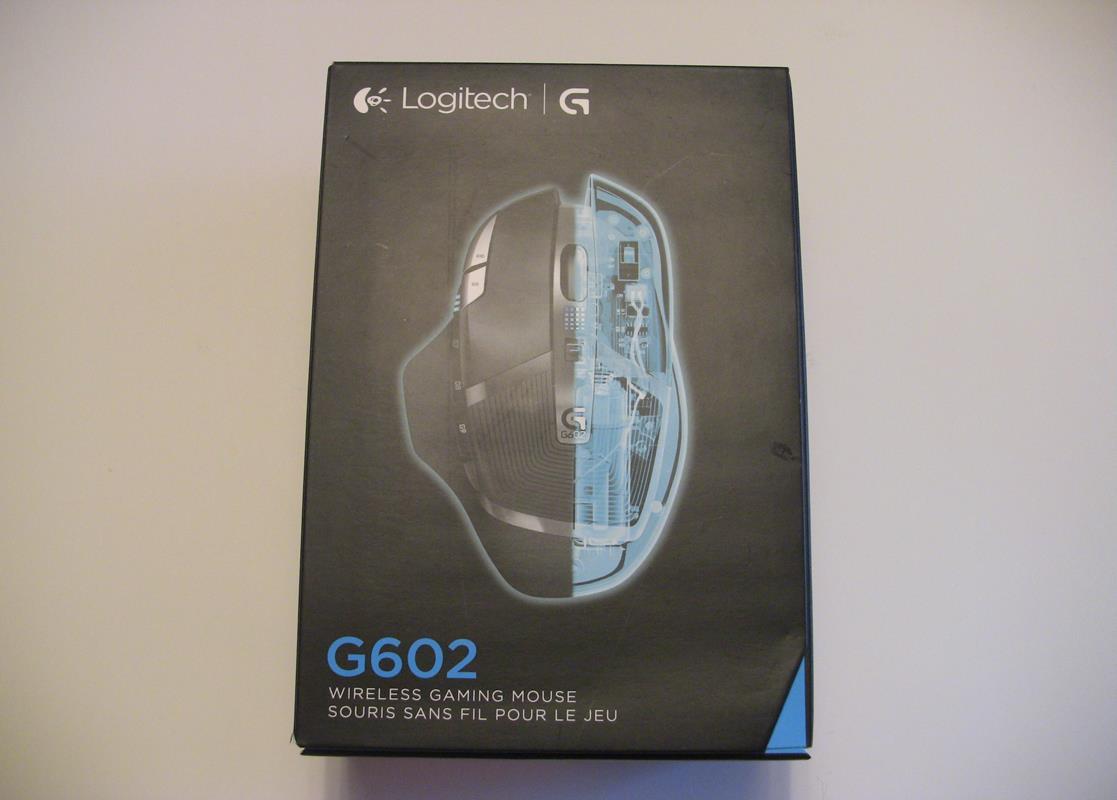 With the recent resurgence in the G series line of products for Logitech, they’re really pushing the gaming hardware side of things. While the last re-releases were rebranding with minor changes, we finally have a new product that’s a differentiator from their recent offerings.

The Logitech G602 is a pure wireless gaming mouse, meaning there’s no connection to the computer.  Unlike some of their other wireless mice, you have to use the wireless receiver and there’s no recharging capability. Why, do you ask, did Logitech do this? Well, this mouse is made to last and last a long time so the need to recharge or connect to a computer isn’t something that Logitech thinks you’ll be doing often.

The physical shape of the mouse is similar to some of their earlier models in the G500S but with some changes. It's a right handed mouse and it feels really comfortable to hold. One of the things that Logitech gets right is to have a good design that's great to hold for those that don't use a claw grip. 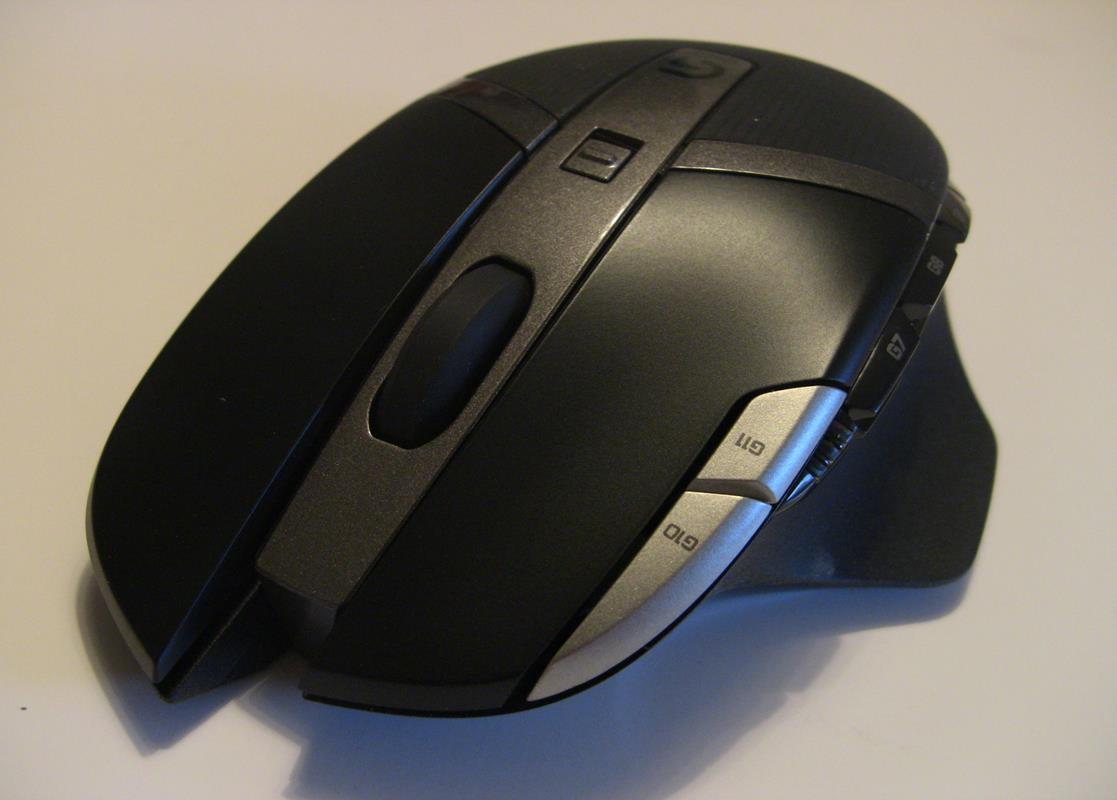 11 programmable buttons are available on the G602. There are the two main mouse buttons, which offer good tactile feedback: strong and responsive. The mouse wheel can tilt (Edit: Can't tilt) and feature a clicking scroll rather than the smooth scrolling on some other Logitech mice. Below the scroll wheel is a button to switch from Performance to Endurance mode, which I will talk more about later.

On the left edge of the of the left mouse button are two more buttons, which default to choosing the DPI of your mouse. You can use it to quickly switch between various sensitivity settings. A total of five different sensitivity levels can be set with the G602 and there's a small LCD indicator on the left side to let you know which one is currently in use.

Finally, there are six, count them, six thumb buttons, giving you a lot of control at your thumb tip. It's a 3x2 configuration and grouped pretty close together. The thumb buttons are also very responsive, but I found the configuration to be a little confusing at times. Without a really easy way to tell when you are in the middle of the set, I would sometimes press the wrong button thinking I was in some other position with my thumb. A small nub or something more tactile would've been good here to let you know where your thumb is positioned. Even after a month using the mouse, I would still press the wrong thumb button at times. 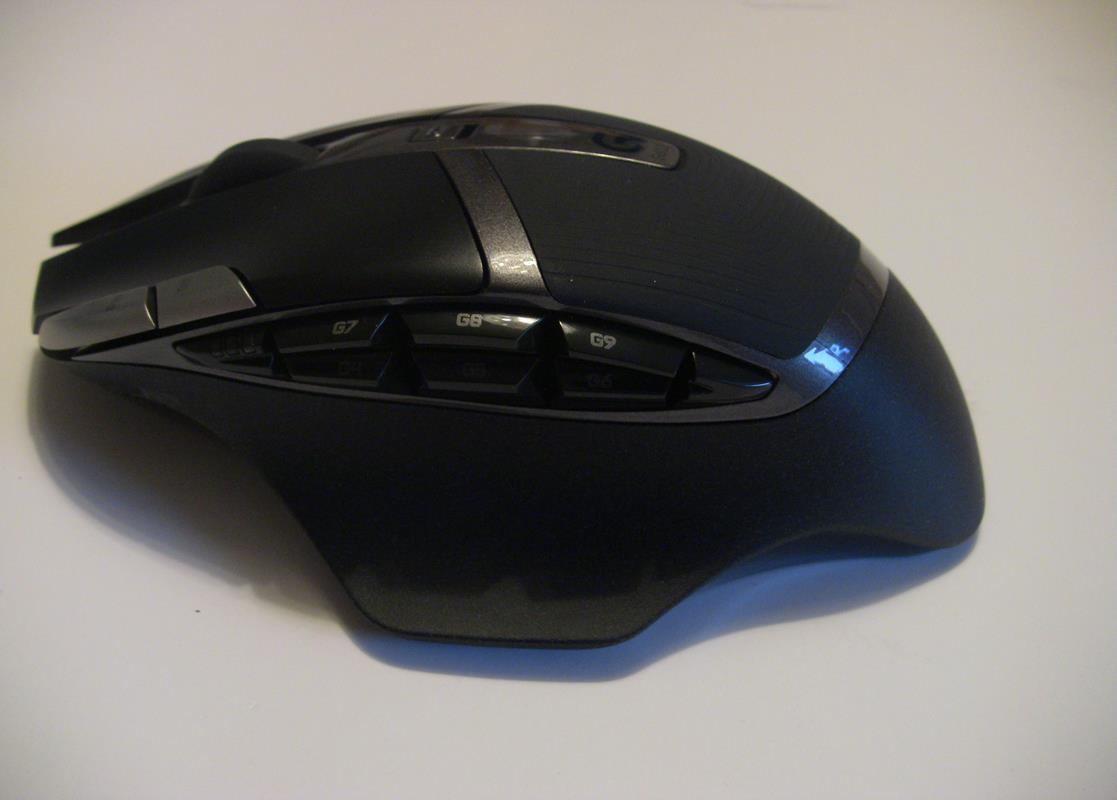 On the bottom there is a 2500 DPI laser that's buttery smooth. It's one of the smoothest mouse I've used as in games, the motion of my character turning and looking around never jittered. 2500 DPI is pretty low in today's standards though, but if you don't go into the high range, and I don't anymore, then this will be fine for you. Those that love to have a really high sensitivity on their mouse will be disappointed.

You'll be using the familiar small Logitech 2.4GHz dongle that's pretty small and great for those that want to keep it in a laptop and not have it be in the way. The dongle is pretty standard for Logitech wireless mice and I always liked how small it is.

This mouse is built to last a long time on two AA batteries. At an estimated 250 hours, it's an impressive feat of engineering to provide great performance out of just two batteries. If you want more and don't game, you can switch to Endurance mode at a push of a button and get an estimated 1440 hours of usage. You won't get the speed and precision in this mode that you would in Performance mode, but you won't need it if you aren't gaming. I've been using the G602 for the past month a few hours a day on Performance mode and my battery indicator tells me I still have a long way to go before I need to replace the batteries. 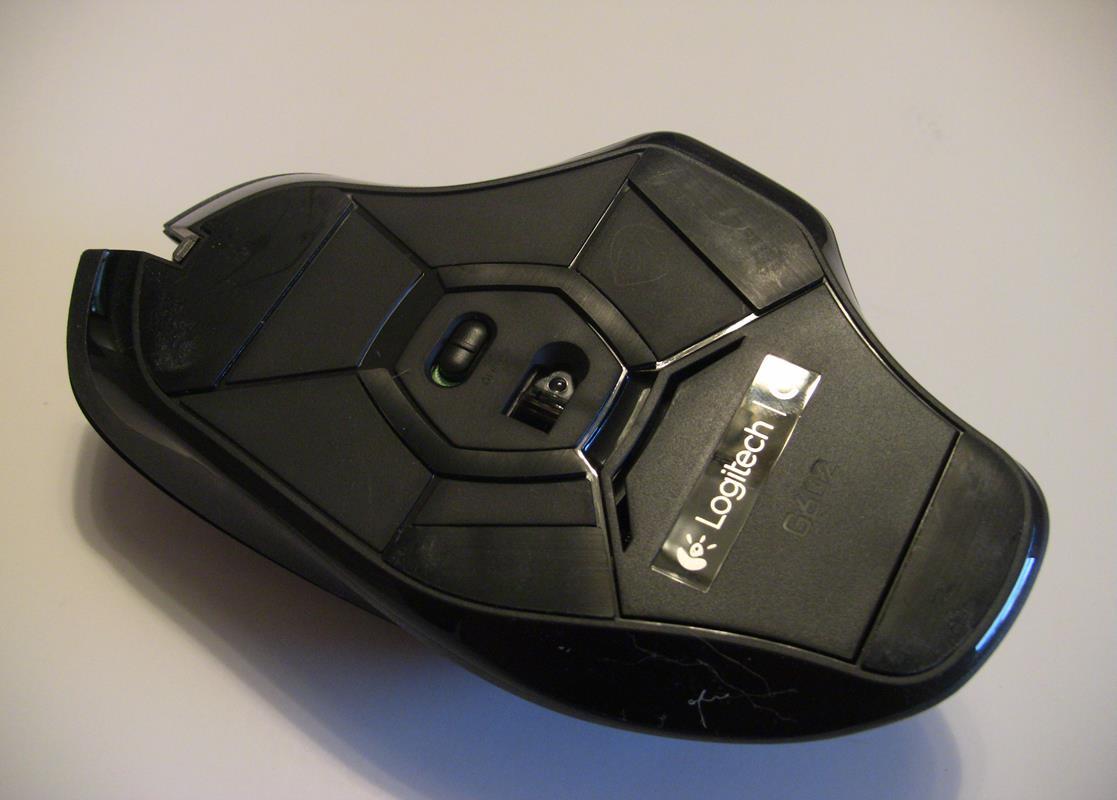 With the power performance that the G602 provides, you can almost forgive the lack of recharging capability. I say almost because eventually, you will run out of juice and the only way to get back into the game is to change batteries. Maybe I'm so used to almost every other high performance wireless mice these days letting you plug in and charge, but I think this feature would've been a good addition to the G602 even with it's ability to last a long time on two AA batteries. Maybe in the next iteration of this mouse then.

The software the Logitech provides is really nicely designed and easy to use. You can setup a profile for each game and use the auto game detection to have the software load your configuration automatically.  It's a pretty standard fare with the picture of the mouse letting you know which button you can program. The software is pretty easy to use and the GUI is pretty simple.

So how well does the mouse perform in games? I took the G602 through its paces in many sessions of Black Ops II, Diablo III, Saints Row IV, and a few others. When I said earlier that the G602 was one of the smoothest mouse I've played with, I wasn't exaggerating. I was surprised at how smooth my turns were and how well the mouse moved without being plugged in. My scores in Black Ops II were the same or better than my other mice that I have in my regular rotation. Performing kidney surgeries in Surgeon Simulator was cake with how much control I had using the G602. All told, the G602 mouse was great to use and I don't think I've went back to a wired mouse since I've used it.

At $79, the Logitech G602 isn't too expensive for a gaming wireless mouse. With the comfortability and responsiveness, I've really enjoyed using the G602 as my main mouse the past month. The laser could be higher in sensitivity and an option to charge batteries are two things I would love to have seen in the G602. Other than that, I think the Logitech G602 is a great performing mouse for gamers who want to go wireless and have a long lasting experience.

Logitech's G602 is a great mouse to use if you aren't looking for a very sensitive mouse. It's performance is smooth and consistent while providing an incredible long lasting battery life on just two AA batteries. I'd still like to have seen a charging option, but there's no denying how long the mouse lasts between battery changes.