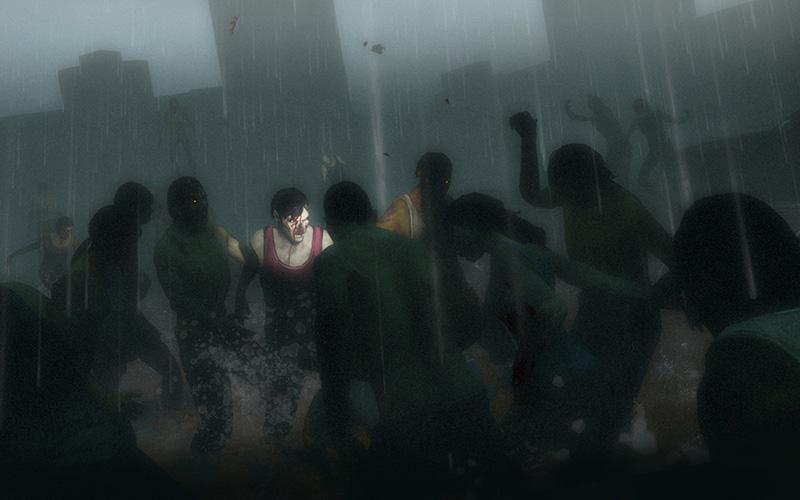 Written by Tina Amini on 1/7/2010 for 360
More On: Left 4 Dead 2
Every gamer has their favorite gaming niche. I would say first-person shooters are one of my more favorite genres. Maybe it was my early start of intrigue for GoldenEye 007, seeing that I somehow had a handle on my older relatives. Or maybe it was my temporary addiction to Counter-Strike that started the love-obsession I have for first-person shooters. Whatever the origins for my own niche, I developed an eye, and hand for shooters. Left 4 Dead 2 just happens to be one of my more favorite shooters out there.

John has already given you a full overview of Left 4 Dead 2, so if you’re unfamiliar with the game I suggest you head over to check out his review. He covers all the new aspects of the game from the new Special Infected including their look and behavior, to the maps and challenge differences in the sequel. You can’t forget about the new ammo, weaponry, and accessories like the defibrillator, adrenaline shot, etc. 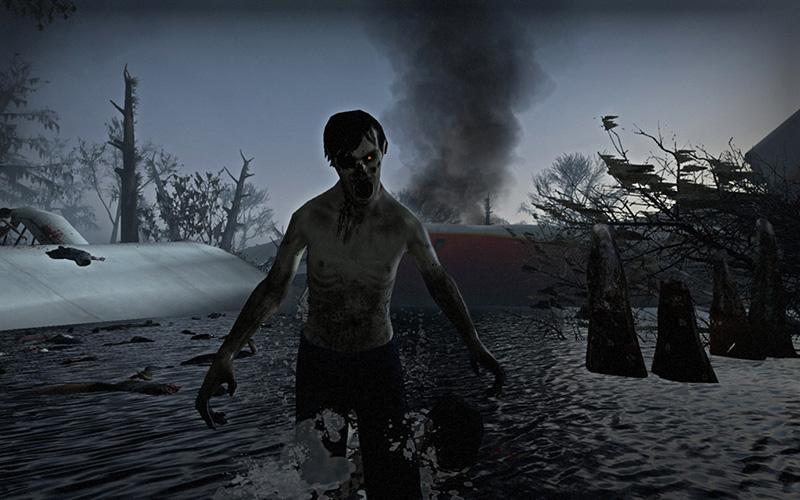 I hope we’re all caught up on the details now so that I may plunge into my Ode to Left 4 Dead 2. I, like John, spent many hours playing the original Left 4 Dead. The idea that I could play as the Infected was one of the most appealing to me in reference to a zombie infested game. It was an interesting spin on the FPS zombie-killing genre I have come to know and love. I immediately took to the game; my social life was doomed from its very release. Soon after, a little too soon some might have said, Valve announced Left 4 Dead 2 and I knew my social life had no hope of reemergence after that.

Playing the demo for Left 4 Dead 2, I was a bit skeptical. I had a moment of “if it ain’t broke, don’t fix it” due to my addiction to Left 4 Dead, but by the time I received my full copy of Left 4 Dead 2 I stopped complaining about the new witch’s odd crying noises and the changes in the music, and started to appreciate the melee weapons and new campaigns.

So, what makes Left 4 Dead 2 so great, especially in comparison to its predecessor? I did say melee weapons above there, right? In Left 4 Dead I was always the one on the prowl for my second pistol, screaming at the instant sight of one to my teammates to make sure they were aware of my very proud and exciting discovery. Now, however, I run to the nearest katana in the hopes that my teammates don’t get it before I do. I have almost completely abandoned the pistols in favor of the melee weapons – the katana being my personal favorite of the melees. As John mentioned, the cricket bat and frying pan have fun effects and all, but they just don’t feel like they do the job as well as a fire axe or machete do. 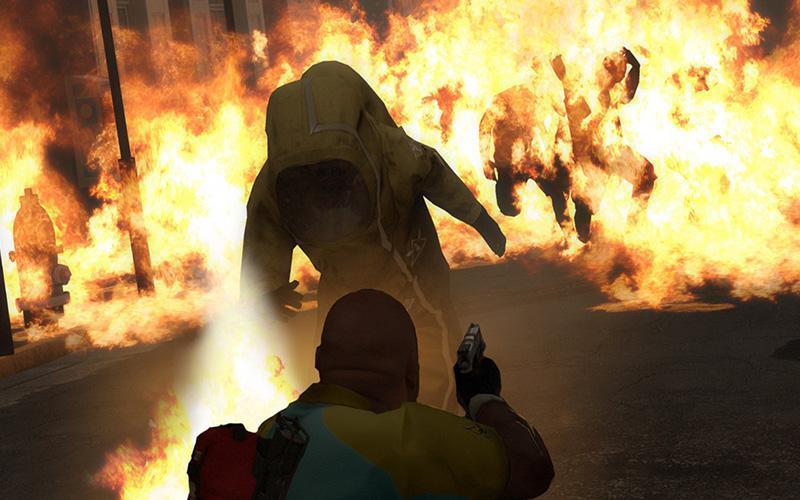 The campaigns are also surprisingly unique in comparison to the original Left 4 Dead. We did have a tease and taste of what the campaigns would involve with the Crash Course DLC for the original zombie killing game, but I was still captivated by the changes. In Left 4 Dead 2 there is more strategy involved rather than the almost tried and true technique of sticking together as a team (which some people still don’t seem to follow). There are more traps to avoid – like a lot full of cars just begging you to set them off (yes, jumping on them sets it off, too!) – as well as tasks that need to be completed – like filling a racecar with gas before you can drive away to safety.

Considering this more advanced form of challenge within each map, I would say that Left 4 Dead 2 is a more advance form of a first-person shooter. It’s easy to make a game where you run and shoot faces of all sorts in a strictly linear manner. It seems that because of a plethora of these sort of FPS games, the genre is beginning to get a bad rep. Left 4 Dead 2, however, provides an opportunity for more strategizing and team building than your typical FPS game through interactions with your teammates.Gameplay itself is, I would say, strictly a multiplayer experience leading to a dependency on good team building. There’s no way in hell you’re enjoying this game playing with the AI in single-player mode. I played the single-player campaign for roughly two purposes: (1) to get a bit familiar with the campaign before plunging in with a team, and, of course, (2) for this review. Otherwise, this is a multiplayer game. If you choose not to indulge in Xbox Live for whatever reason, I suggest you don’t bother with tackling hordes of zombies and Special Infected in Left 4 Dead 2.

It probably comes as no surprise, then, that my primary time spent playing Left 4 Dead 2 is on the online gameplay modes, of which you have a great variation. There are the old school Campaigns, Versus, Survival, and obviously Single-Player. 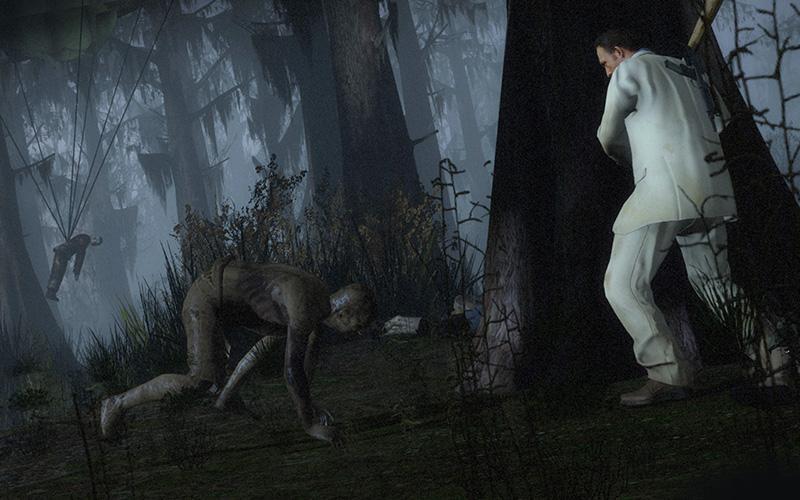 With this sequel, however, you are privy to the new Scavenge and Realism mode. These are excellent additions to the game, and always keep gameplay interesting for me. Some moods will call for getting in a game with a few friends to tackle a new difficulty on a Campaign, other times I feel like doing a hardcore Versus round against another team. Still other situations arise in which I will have the urge to play round-based Infected versus Survivors mode but with not much time on my plate, which makes Scavenge perfect. One level, one challenge, but with all the glory of getting to spit acid on your prey making them not only drop their gas can but exploding it in the process (suckers). Realism also offers a great challenge, should you have a few good teammates.

I’ll be honest, though, and say that the emphasis on team building and good teammates also makes the difficulty levels in a constant flux, as it depends wholly on your team. I must have played the Dark Carnival campaign 20 times over on technically the same difficulty level, but with an entirely different experience each time. Also, I wanted that damn gnome to make it on the plane with me. Gnome Chompski and I finally made it safely throughout the entire campaign and onto the airplane with the help of a few good teammates. From what I can tell, John had a similar experience of a reliance on team members with his experience with Left 4 Dead on the PC. You might argue about the caliber of gamers on Xbox Live (cue rant about 12 year olds), but I managed to find plenty of good gaming experiences amongst Xbox Livers. 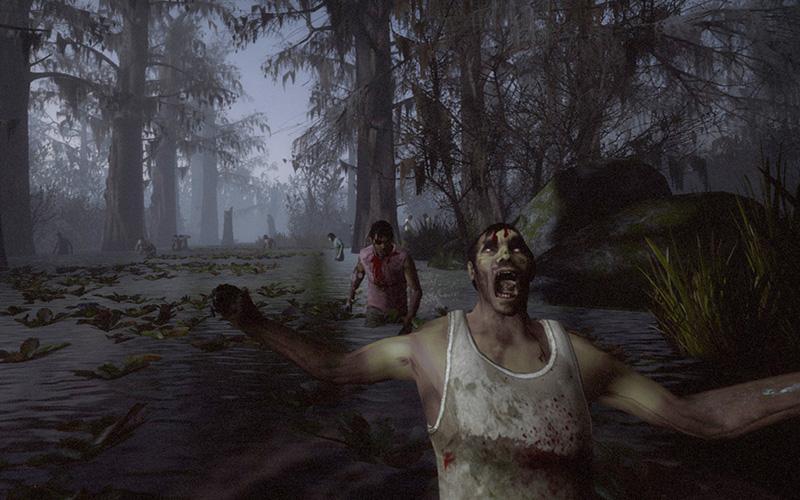 Gaming, at least for me, was never a solitary experience like some media representatives might lead you to believe. This sort of online experience, however, ups the ante by more than I could have imagined back as a 7-yr old playing GoldenEye with my cousins.
Left 4 Dead 2 took a great first-person shooter experience and added fresh new gameplay modes, loads of murdering and surviving accessories from melee weapons to adrenaline shots, all of which continues to satiate my desires for an FPS game that I can happily and easily spend a copious amount of hours on. If you’re wondering whether or not this zombie juice is worth the squeeze, I’ll say it most certainly is. Minus the TERRIBLE AI. So terrible, in fact, that it needed full on capitalization.