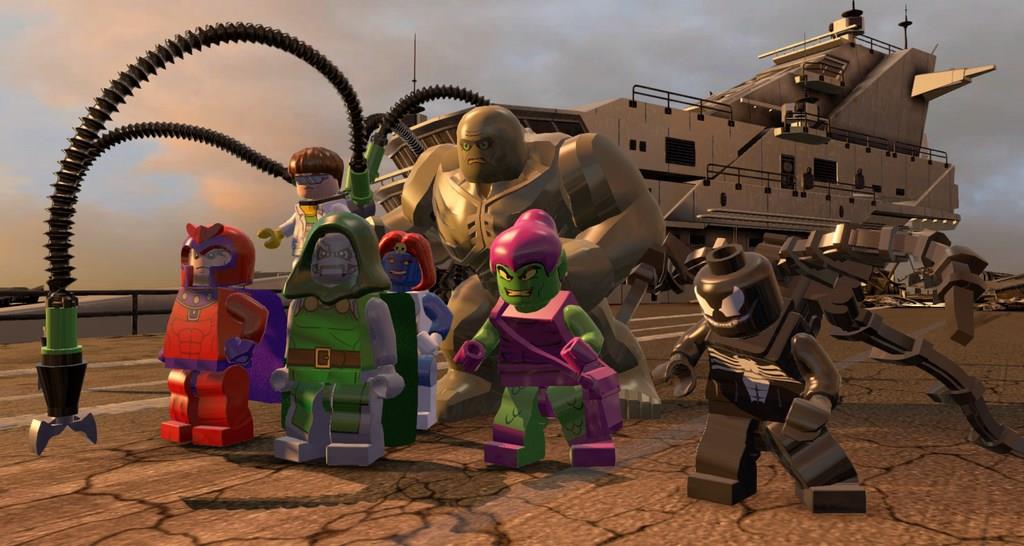 LEGO and TT Games really know how to take an existing IP and produce some quality titles that are enjoyable by a wide range of age groups. As a comic book fan, I was pretty excited to see them tackle Marvel with LEGO Marvel Super Heroes.

Like previous LEGO games, LEGO Marvel Super Hero presents a story featuring a wide array of characters. A great number of Marvel super heroes and villains show up, and each one is extremely well done. The story has the Silver Surfer’s surfboard being shattered and falling to Earth as Cosmic LEGO pieces. Doctor Doom leads a group of villains trying to retrieve these bricks for evil while Nick Fury brings forth many Marvel heroes to help stop the villains from retrieving the Comic Bricks.

The game alternates between levels and exploring New York in an open world type setting. Many famous locales will be visited such as Asgard, Stark Tower, Ryker’s Island, and many, many more. You’ll be tasked with solving some puzzles, which can either be a little difficult or blatantly easy. The only reason I say it’s hard to figure out sometimes is that there are certain puzzles that call for you to destroy an object and remake into something that will get you past that point. The problem with some of these scenarios is that you don’t know which character has the ability to destroy a particular object. For example, one part had the Hulk and Iron Man teaming up to face off against Sandman. It called for blasting a wall of sand with water. Now, the only thing available is a little building with a large sphere on top. I was the Hulk and tried smashing anything and everything, but it took Iron Man’s missiles to take the sphere down in order for me to build a water cannon. I would’ve liked a little more of a hint when getting stuck and I would think younger players would have some trouble figuring these things out. These areas, where it took me longer than it should, are few and far between, but can sometimes lead to frustration.


Most of the game features you going through the level, utilizing one of the heroes to complete a task, then ending in a boss battle. You’ll encounter items where only, say, Spider-Man can finish or Captain America must use his shield to get past. I like that you’re asked to use various super heroes at certain times and it keeps you from just using one single character throughout the level, injecting some variety.

For the boss battles, it usually takes three different types of acts to take one down. For example, to beat the Red Skull, you have to punch him first, then take down two pairs of guns, and punch the Red Skull with Captain America twice. There are some cool sequences borrowed from other Marvel movies as well, such as a “House Party Protocol” sequence from Iron Man 3 against the Mandarin in Hulk Buster armor.

The cast numbers at over 150 giving you a great deal of characters to play. Chances are one of your favorite Marvel character is here. When you are done with a level, you can go back and free play the level again with another set of characters. In fact, some of the areas are only accessible during free play since it takes a certain hero or villain to unlock said area. I was really impressed with the amount of characters available.

I have to say, the artists and animators did an incredible job at bringing the characters to life. Little touches, such as how the Hulk transforms or the way Iron Man flies around, are incredibly well done. As I mentioned earlier, you’ll even see some nods to certain parts of Marvel movies, such as a combo move that mimics the way the Hulk slammed Loki around in the Avengers movie. Another example is when Tony Stark gets his Mark 42 armor. You’ll see all the little pieces fly onto him and, just like in Iron Man 3, he finishes off the donning of the armor with a flip upside down so the mask flies onto his face in the correct orientation. LEGO games always had some great animation and it continues here with LEGO Marvel Super Heroes.

Not only are the characters great, the set pieces are truly terrific. I found myself in awe on some of the designs, such as those of Asgard, which are very reminiscent of the movie, and the Charles Xavier School for Gifted Youngsters. The way the TT Games animators made each level move is great work. The Hydra base has some slick transformations as you solve various puzzles in each room and I had a good time just watching how things move about.

I ran the game on an I5-2500K with a NVIDIA GeForce GTX 770 and the gameplay was smooth as butter running at 1920x1080. I didn’t experience any bugs or crashes throughout my time and everything looked nice and crisp. While Steam doesn’t mention the game as having full controller support, I did run the game via Big Screen mode with a wireless Xbox 360 controller via the Microsoft dongle, and I was able to access all of the menus without any problems.

Complementing the visuals, the writing for LEGO Marvel Super Heroes is also top notch. If you read some comics or are even familiar with some of the relationships and stories, you’ll chuckle at a few of the things mentioned by some of the characters. The story isn’t complex and it doesn’t get tiring since you get introduced to a great number of characters as you go along. 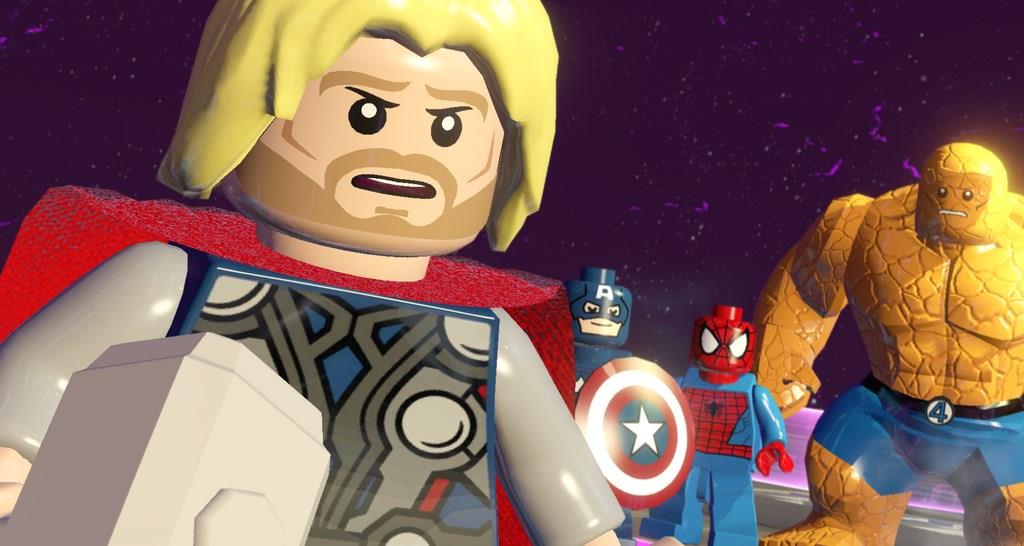 The dialogue in the game can be such fun. TT Games did a fabulous job portraying each character perfectly with the lines they wrote. It also helped that there some great voice work in the game. While there aren’t any famous Hollywood actors speaking here, with the exception of Agent Coulson himself, Clark Gregg, you do get some top video game voice talent with Nolan North reprising his role as Deadpool, Troy Baker as Loki and Hawkeye, and Tara Strong. The delivery of the lines is spot on for most of the characters.

LEGO games have always allowed another person to join in and I had a lot of fun playing with a friend. The one thing I am really disappointed about, though, is the lack of online play. I don’t know why TT Games doesn’t implement online co-op as I’d love to jump into or have someone jump into a game I’m playing, but you’re stuck with local co-op. C'mon, TT Games, let’s get with the times and put online co-op in this or the next game.

Overall, LEGO Marvel Super Heroes is an enjoyable game that’ll appeal to both kids and adults. Marvel fans will love the touches that reference the movies or the comics. Some of the puzzles could be a little bit easier to solve and the game could use online play. Oozing with Marvel style and some great humor, the PC version of the game runs cheaper than the current generation console version, and is definitely worth the money.

LEGO Marvel Super Heroes is an excellent LEGO game featuring a vast array of Marvel heroes and villains. Lack of online co-op and some difficult puzzles for younger ones holds it back a little, but not that much. You'll definitely enjoy the writing and animations.