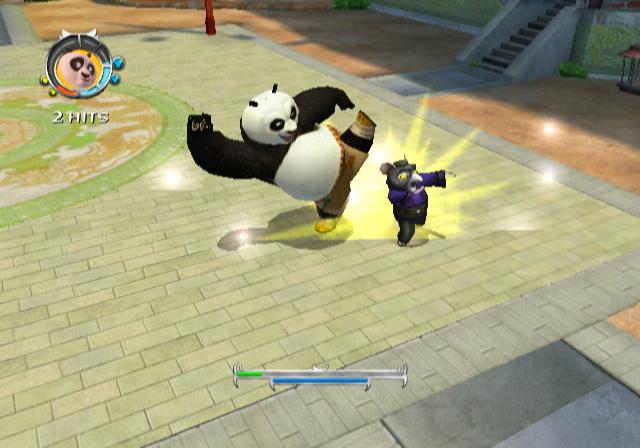 Written by Dave Gamble on 1/9/2009 for Wii
More On: Kung Fu Panda: Legendary Warriors
Here's a quick quiz for you: what has the potential to be even worse than a kid's movie tie-in game? Give up? Well, the answer is "yet another game based on the same movie, released half a year later." Of course, the opposite could also be true if the intervening six months was used to add depth and innovative features to the original game.

Sadly, though, such is not the case with Activision's second attempt at a game based on Dreamwork's Kung Fu Panda movie. Kung Fu Panda Legendary Warriors takes everything that was good about the original game, sparse as that pantry may be, and tosses it out, leaving only bad animation and bad voiceovers in the completely unentertaining cut scenes that the player(s) are forced to endure in their entirety between rounds of equally uninspired fighting. On the positive side, the game now supports up to four players in free-for-all or team versus modes.

As with many of the gazillion games of this genre, two things are true: there is a collection of special moves that can be utilized by various movement and button press combinations, and none of it really matters. In the end, the fighting method of choice invariably becomes the frantic Wii remote shaking the forces kids to burn off excess sugar energy and parents to seek help from an orthopedic surgeon. Sure, that simplistic scheme makes the game approachable for the 7 - 10 year old crowd but the ESRB 10+ rating somewhat moots that argument. I tested the game with a 15 year old, myself not wanting to run afoul of the strict in-house ESRB enforcement officer (aka "Mom"), but she bailed after three or four rounds of fighting.

Essentially what it came down to was sitting through interminable barely-animated 2D cutscenes, a few minutes (although to my aging bones it seemed like hours) of control flailing as wave after wave of AI enemies fell victim to our spastic control twitching, and a quick mini-game between rounds that (you guessed it!) involved rapid remote shaking. My co-tester was bored, while I was nearly paralyzed from the hyperactive pace of waving that darn remote around. Anyone over the age of, say, thirty should seriously consider stretching exercises before attempting this game. At the end of the day, neither of us found the game to be even the least bit interesting or entertaining, and one of us found it to be down right painful in a physical sense. 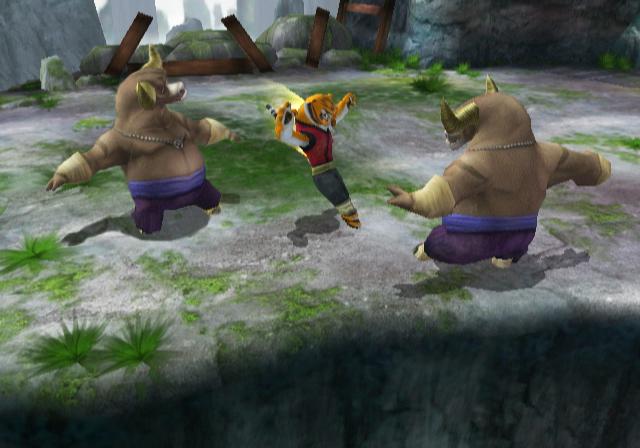 Now, it's only fair to attempt to look at this from the point of view of a younger child that might enjoy this kind of frantic yet pointless activity, but to do so you also have to consider the plight of the parent buying the game. Movie licensing doesn't come cheap and the resulting street price of this game is around $50, well above what it would cost to pick up something far better like the Lego Star Wars saga, which is currently running at less than half of that price.
If you must have a Kung Fu Panda Wii game, consider Legendary Warriors over the first game only if you absolutely must have multi-player capability.