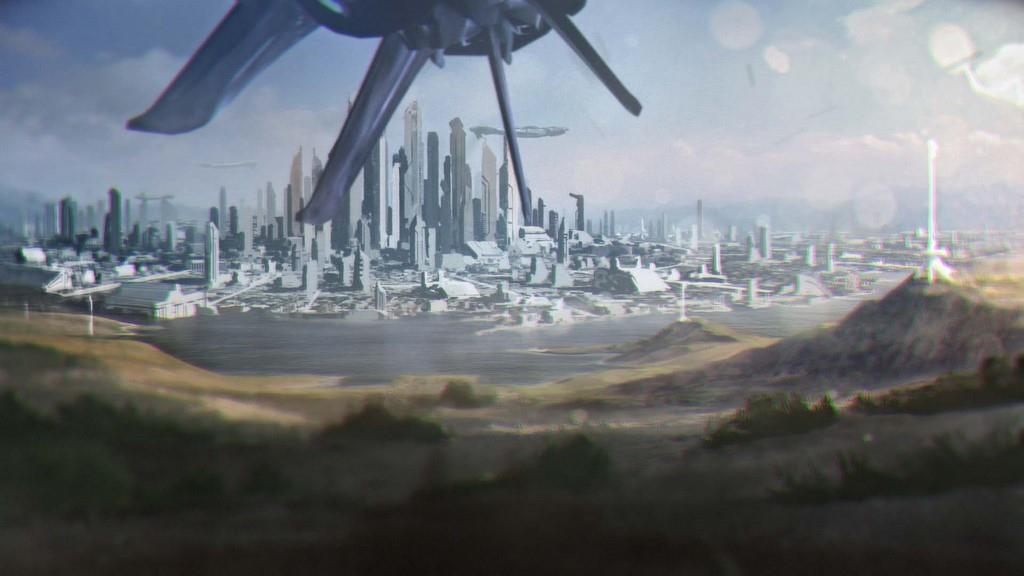 Halo: Spartan Assault marks the first Halo game to appear on Microsoft’s shiny new Xbox One console. Since it’s Halo, you would expect that even though it’s a twin stick shooter, the game would feature the same level of care that goes into the big AAA Halo games right? Wrong. Halo: Spartan Assault is a short and dull port of a mobile game that was released on Windows phones and tablets early last year. To further add insult to injury, Microsoft decided to gouge the price out of the game and keep the disgusting microtransaction system in place. Even huge fans of the Halo franchise should stay far away from this game.

The game starts off innocently enough. Halo: Spartan Assault takes place between Halo 3 and 4 and tells the story of Spartans Davis and Palmer on Draetheus V as a rouge group of Covenant have decided to ignore a cease fire and starts attacking. The game takes place over 6 chapters which are broken down into 5 levels each and it’s probably going to be one of those games where you just don’t care about the story. The graphics aren’t anything special but they do look nice. It does have that signature Halo look to it and there is usually a lot going on in the backgrounds. Large scale war seems to be taking place in the backgrounds of most levels as you will see ships flying by shooting at each other. It’s just a shame that what’s actually going on with your characters feels like anything but a war.

If you are familiar with twin stick shooters, then you know how this works. Use the left stick to walk, right stick to aim and RT to shoot. I will give it credit, the shooting portion of the game is fine and I was having fun with the game for a few minutes until I started to notice some glaring problems. The first is that levels are incredibly short. They can last anywhere from 30 seconds, to 2 minutes and as I mentioned above, it just doesn’t feel like there is any sense of danger as the Covenant is attacking. At first I started playing like your traditional Halo game. I would take cover behind anything I could find, tactically moving in and out of cover as I attack the Covenant. Then I realized something. The Covenant isn’t really that threatening. After a few missions, I discovered that I would simply just keep running and gunning until my heart’s content and the Covenant provided no challenge whatsoever. They can often be taken out in a few shots and even if your gun does run low of ammo, there are plenty of other guns littered around each stage that you can pick up at any time. There was never any sense that each gun acted differently. They all felt the same so it really would matter what I was using, I could easily just plow down enemies as I reached the end of the stage.

The stages do offer some variety including escort missions where you have to protect Wolverines from getting destroyed, or hold out against hoards of Covenant until you are rescued, but it all just boils down to nothing more than point and shoot. There also are only a few enemies on screen at a time so it’s not like you have enemies coming from every direction like you would expect in most twin stick shooters. If you did manage to take some damage after a fight, you can just stand there as your shield regenerates and you are back to running and gunning again. The game does offer some new weapons that you can unlock via XP that you earn after every mission and it does include something called a “skull” system. These are disadvantages you can give yourself to make each level more challenging such as the ability to only have on shield or for weapons that are dropped to have hardly any ammo. You almost need to use these skulls if you want any sort of challenge in the game at all. Finishing a level with skulls enabled gives you an XP bonus that you can use later on. 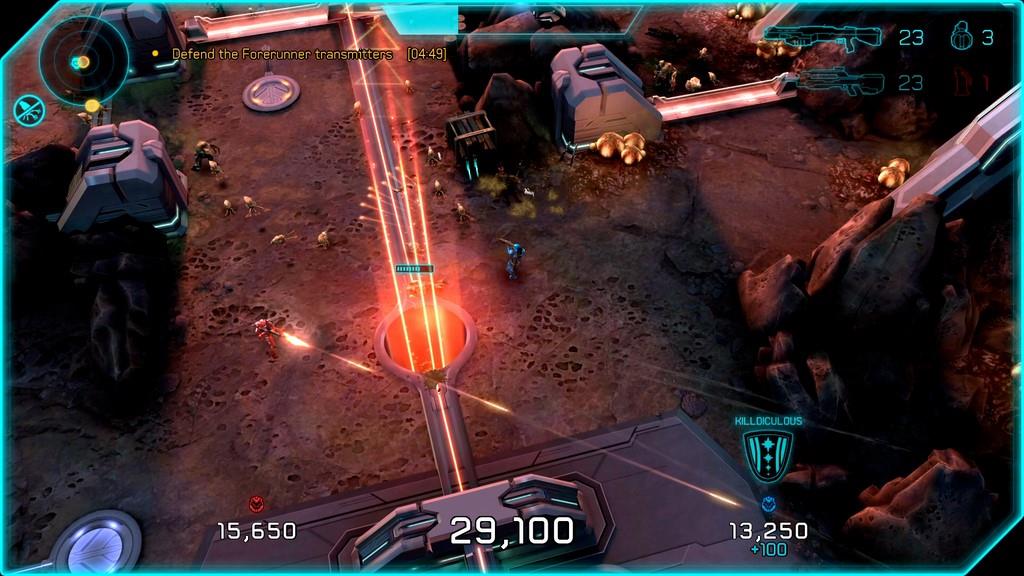 After you rack up all that XP what can you spend it on? Well new guns of course like a Sniper Rifle or a Rocket Launcher. You would think that after you grind for all that XP you get to keep that weapon right? No, you only get that weapon for one single mission. Don’t worry as you can spend real money to get the weapons as well as the game features a disgusting microtransaction system. You can purchase “credits” which can be used to unlock weapons. I have no idea why you would want to do this since you don’t really need them at all. All the guns you get can you through the game just fine. You already paid $15 for this game, $8 more than the mobile version so I have no idea why they thought keeping the microtransactions was a good idea. Yes, I know, there is the argument that you aren't forced to buy them but I feel like it's the principle of it. This is one of those games where they make getting those new weapons a grind just to get you to buy them will real money. Now to be fair, the game does include some co-op missions that weren't included in the mobile version but I doubt that would be a reason to jack up the price to $15. Co-op mode has you face off against The Flood in a hoard mode. Some of the weapons are pretty cool as they require two people to activate but sadly, like the single player, the fun doesn't last very long. Co-op can be completed in no time and you probably wouldn't want to revisit it afterwards.

When it comes down to it, Halo: Spartan Assault provides fun for about 5 minutes before it turns into a dull and monotonous shooter that fails to capture any of the fun of the more traditional Halo games. I wasn't expecting a true AAA Halo experience, but I was expecting more than this. The fact that these disgusting microtransactions have made their way to the overpriced console version is 100% unacceptable and if you actually pay money for these weapons, then you should be ashamed of yourself. Speaking of the game being overpriced, this trend of mobile games being gouged and sold on consoles for ridiculous amounts of money needs to stop, and it needed to stop a long time ago. Angry Birds Star Wars, I’m looking at you.

At the very least, if you must play this game, wait until it goes on sale.

If you own a Windows tablet or Windows phone, just play this on those devices instead if you must. Even if you are a huge Halo fan, there is absolutely no reason to shell out $15 for this game when you can play the exact same game for $7 on mobile devices. It's a shame because I feel like Halo: Spartan Assault could have been a great game if they took the time to add more features to the game. Make the game more challenging, add tons of new levels, make the game feel like a real twin stick shooter where I am shooting all over the screen to avoid being killed. That, to me, would have been worth the price increase, but as it stands, Halo: Spartan Assault on Xbox One is just an expensive port of a game that was released months ago.