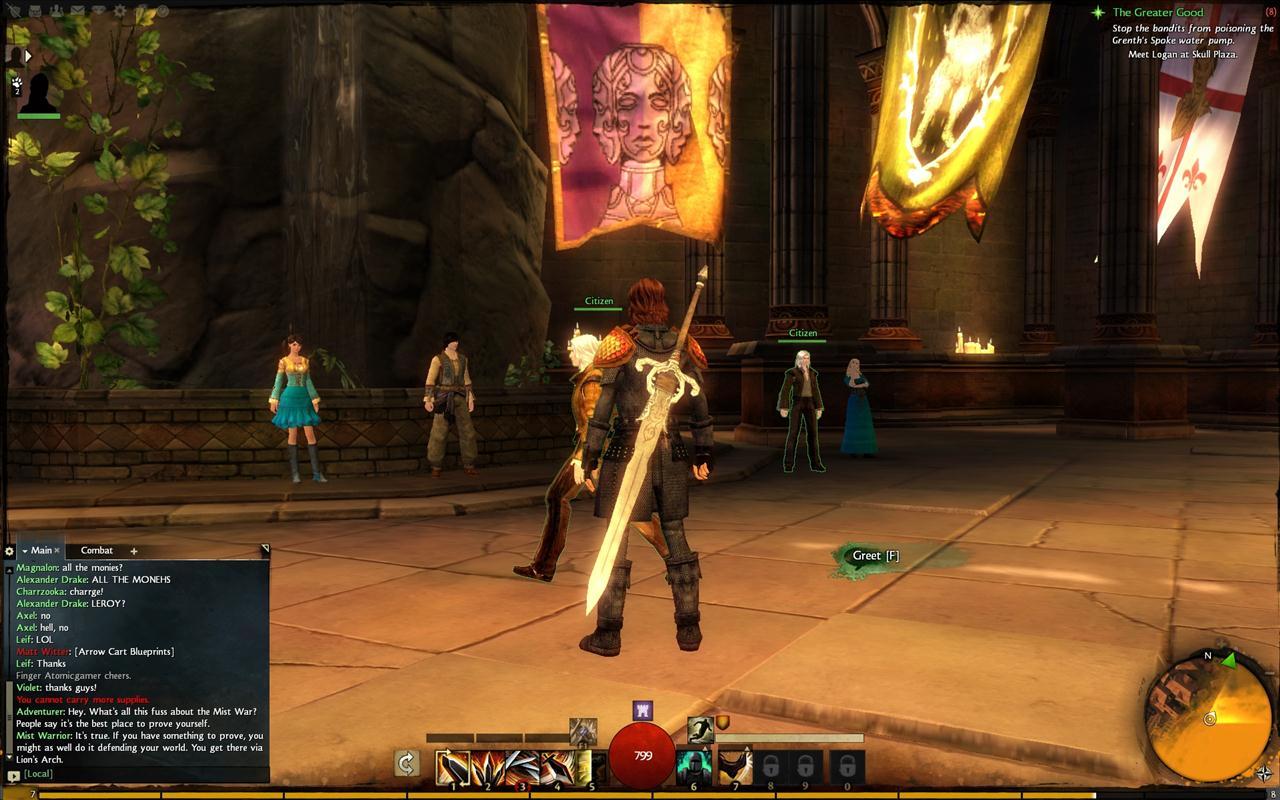 Written by Travis Huinker on 12/31/2012 for PC
More On: Guild Wars 2
The original Guild Wars from developer ArenaNet challenged the standard notion of monthly subscription fees for massively multiplayer online games. Focus was shifted from monthly fees to expansions and an early model of microtransactions with expanded character slots and cosmetic items for characters. While the game was highly successful with the different pricing model, focus on player-versus-player combat arenas, and captivating narrative and lore, the game still suffered from glaring issues with an overemphasis on instanced world sections and an extremely limited character level maximum set at 20. From the debut trailer and early gameplay previews, Guild Wars 2 set forth as an ambitious sequel that aimed to fix the original's issues while also making significant changes to the gameplay and greatly expanding on the game's amount of content.

The dragons awaken from slumber

Set 250 years after the events of the original game, Guild Wars 2 takes place in the fantasy-inspired world of Tyria that's home to the five distinct races of Asura, Charr, human, Norn, and Sylvari. In the period between the two games, five Elder Dragons have awakened once again to threaten their homelands and the entirety of Tyria. Each of the five playable races have their own narratives that ultimately join together to rejoin a disbanded group of adventurers known as Destiny's Edge and battle one of the Elder Dragons. The narratives for each race begin as primarily solo adventures that eventually transition to dungeon instances with other players.

Outside of the game's primary narrative mode, players have the ability to battle each other in a conquest mode that has two teams capturing objectives in pursuit of acquiring enough points for victory. In addition, world-versus-world combat is available that has players from different servers confronting each other in large, open maps that involve besieging structures and battling for resources. From the solo and cooperative narrative campaign to the various player-versus-player combat modes, Guild Wars 2 provides a wide variety of gameplay options.


Creating the ultimate hero of Tyria
The expansive character creator allows players to select from the five races of Tyria including Asura, Charr, human, Norn, and Sylvari, in addition to the eight professions of guardian, warrior, engineer, ranger, thief, elementalist, mesmer, and necromancer. As well, players select various answers in a biography section that ultimately determines the characteristics of their personal storyline in the game's narrative. Each of the game's races begin in their distinct home city that serves as a central hub for the quests in their personal narratives. The original game limited players to humans, while the sequel expands with the battle-hungry and giant Charr, Norse-inspired Norn, highly-intelligent and powerful Asura, and botanical and tree-based Sylvari.

The eight professions available to players are similar to the equivalent of classes in other role-playing games in that each handles combat differently based upon their specialized equipment, skills, and traits. Professions such as warriors and rangers return from the original, while the time advanced in-between games has resulted in new technology within the world of Tyria. The engineer class in particular takes advantage of a wide range of technological devices from blunderbusses and deployable weapon and tool kits. Many of the skills available to players focus on providing engaging encounters with enemies versus the MMORPG norm of dull and lackluster combat. Both the game's distinct races and professions are balanced with one another, resulting in entertaining gameplay no matter the combination selected during the character creation process.

If those options weren't enough for customizing characters, players can activate two crafting disciplines at a time from a total of eight. Crafting disciplines range from leatherworks and armorsmiths to chefs and jewelers. Each of the crafting disciplines can be used by any profession, but some work better with others in regards to the items that can be produced from combining harvested resources and discovered recipes. Just as with leveling one's character, players earn experience points and gain levels with the various crafting disciplines to unlock additional recipes and such.

A dynamic journey
Two primary sources of the engaging gameplay are the adventure and exploration aspects that continually propel players to spend countless hours roaming the lands of Tyria. A major change in the gameplay mechanics is how instances are handled with world sections outside of cities. The original game limited cooperative play in the actual world sections to groups of players that formed in towns, which resulted in towns functioning as the only true MMORPG environment. In the sequel, players now adventure alongside others in the world sections that result in a far more engrossing and true MMORPG experience. Just as with the cities, players enter into various instances of the world to avoid over-population of characters.

The implementation of true MMORPG sections enabled the introduction of dynamic events into the game's various environments. Dynamic events are quests located in marked areas of the environment that enable any players whom pass by to participate immediately with the continually-repeating objectives. As a result, the world of Tyria is constantly in motion with NPCs and monsters roaming about the environments and participating in battles and other various activities that players can either choose to complete for additional experience or avoid in favor of traditional quests. The dynamic events are varied in regards to their objectives that may range from fetching items for an NPC to participating in a boss battle with other players. 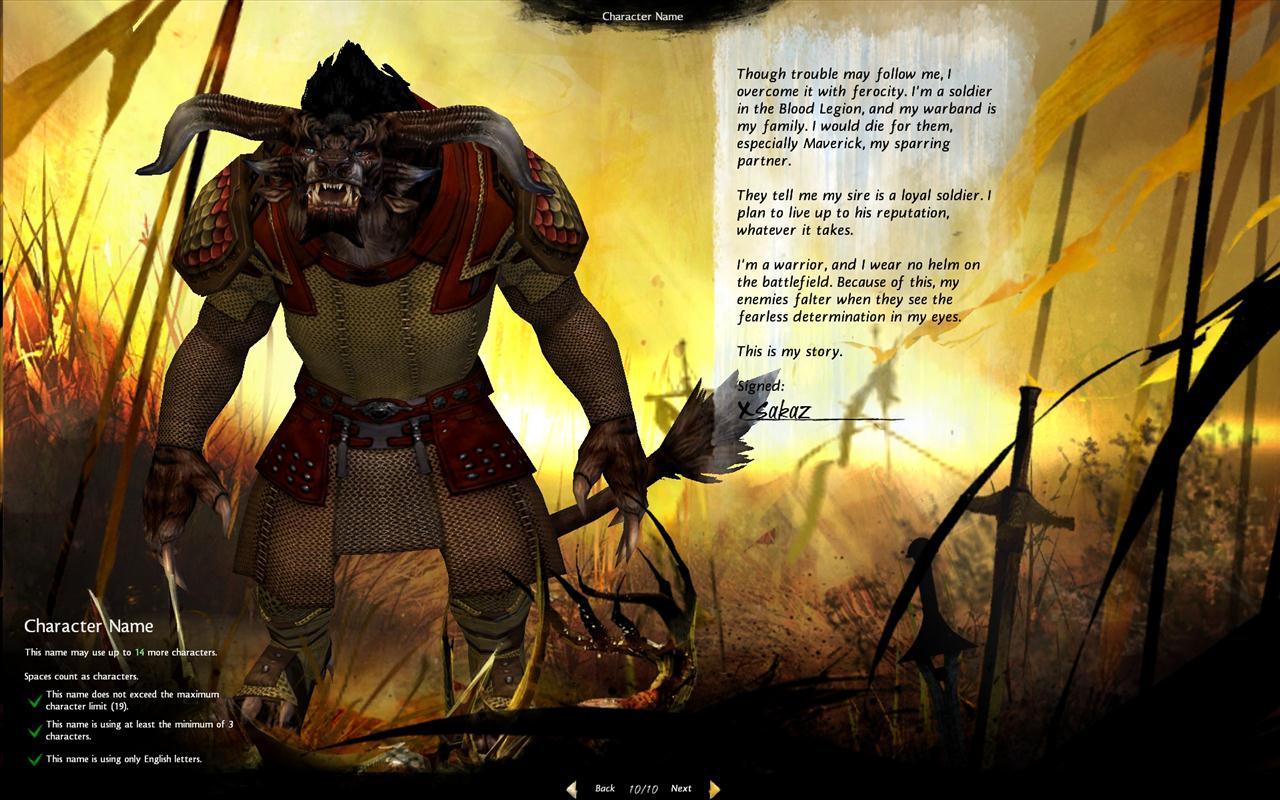 Exploration also plays an important role in providing incentive to players for traveling around the entire world. From discovery of new areas to reaching vista points, there are a lot of experience points awaiting players that simply wish to explore the game's massive world. Vista points in particular are an entertaining diversion that require players to solve a brief jumping puzzle through the environment to reach a certain spot that in turn rewards experience points. With such an expansive and varied world, exploration of Tyria is both an entertaining and worthwhile diversion to the game's narrative and other quests.

An impressive visual and auditory experience
Guild Wars 2 continues in the tradition of the original by having both an impressive visual and audio presentation along with an extremely well-optimized engine that's guaranteed to run on a wide range of computers. Guild Wars 2 ignores the unfortunate tradition of MMORPGs having unoriginal and lackluster graphics and instead delivers a stunning presentation in every aspect, from its minimalist interface approach to the unique and varied landscapes. The diversity of the game's various environments each offer a new visual experience as snow-packed mountains transition to sun-drenched coastlines. The game's music also deserves a mention as it continually delivers atmospheric tracks that result in an even more epic adventure; which is complemented by the rich variety of sound effects from NPC chatter in towns to howling wind on mountains.

Embrace MMORPG addiction
While many MMORPGs are released each year in hopes to topple the behemoth at the top, few ignore the competition and design a game that's original and entertaining in its own right. Guild Wars 2 is not only of the best MMORPGs to be released in awhile, it's an outstanding value considering its lack of a monthly subscription cost. Fans of role-playing games and even those that would rather avoid the temptation of MMORPGs should strongly consider booking a trip to the massive and engrossing world of Tyria. Guild Wars 2 surpasses the original game in every aspect and expands even further on delivering an adventure of truly epic proportions.

Guild Wars 2 is available now for Windows PC and in beta for Mac.
Guild Wars 2 surpasses the original in every aspect, from its massive and atmospheric world to its addictive and engrossing gameplay. Most importantly, Guild Wars 2 breathes new life into the MMORPG genre by providing players with memorable and personal narratives for their characters to the backdrop of a stunning visual presentation. Gamers seeking an epic adventure without the constraints of a monthly subscription should clear their calendars for the many hours they'll lose to Guild Wars 2.