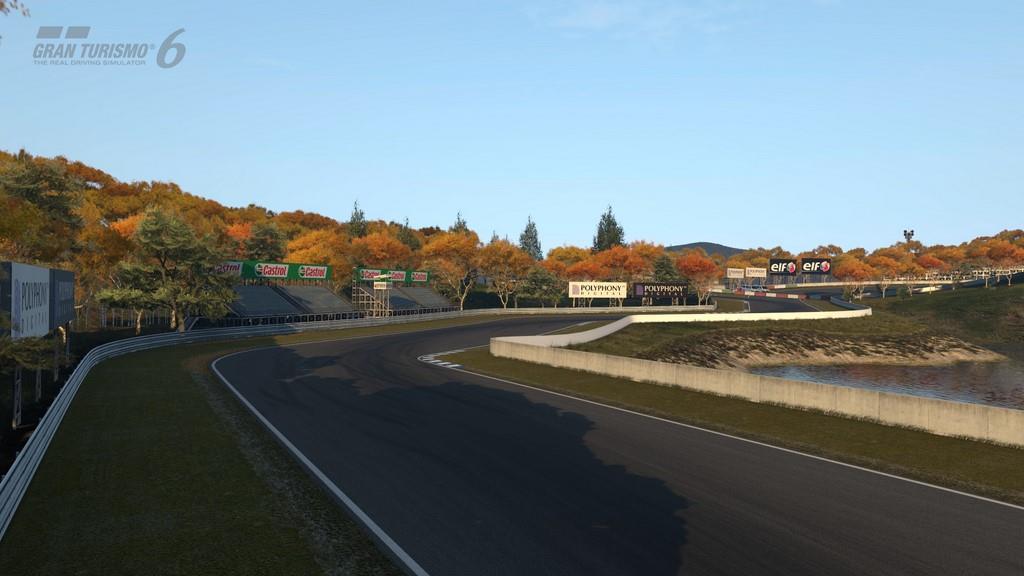 “A jack of all trades is the master of none” is a well-known idiom used to convey the idea that efforts to acquire skills in a wide range of applications can only come at the cost of overall mediocrity. When it comes to flagship console car games like Sony’s PlayStation 3 exclusive Gran Turismo 6, this is definitely the case. While it is very, very good in any number of areas, I cannot help but walk away with the nagging feeling that they have missed a tremendous opportunity.

You will surely have read other reviews focused on GT 6 by now, so anything I have to say about the overall quality of the tracks, cars, and handling will resonate. They are, in a word, class-leading.

My personal interest is in the tracks - even the most accurately modeled car is nothing more than a decoration for your garage without a good track to run it on.  And when it comes to tracks, I prefer those that have long, interesting histories, combined with the unique design traits from an era prior to the Hermann Tilke School of Cookie Cutter Track Design.  You will never see another new track with legendary turns like Eau Rouge at Spa, the Corkscrew at Laguna Seca, or The Esses leading to the invigorating Dipper in the downhill portion at Bathurst.  And, as insult added to injury, even classic tracks like Monza have been pillaged by emasculating chicanes inserted in front of venerable turns like Curva Grande.  These legendary tracks, along with many others, are not only merely present in GT 6, but are also are quite presentable.

Next on my list is handling. This is another make or break area in a racing game, and GT 6 easily reaches the level of "better than average" on the console-racing scale. The first, and probably the most important, test of handling is whether or not the driver can adjust the car’s line through the turn by manipulating the weight shift that occurs when the accelerator is pressed or released. Basically the way it’s supposed to work is that the driver makes a single motion with the steering wheel to enter the turn and, assuming a constant radius turn, make corrections with the throttle. I found this to work in GT 6, but only after graduating away from the entry-level, low-power FWD cars.  After that, it’s all gravy. Overall, the handling in GT 6 is forgiving enough to allow for quite a bit of latitude in throwing the car around, but it will eventually punish the truly negligent with a spin.  While it isn’t at the very pinnacle of the reality scale, it gets pretty close to the top of the fun scale.

With those tracks and handling out of the way, you’re pretty much left talking about cars, and on that topic you’re really only talking about the aesthetics and the sound.  The cars in GT 6  are, for the most part, beautiful. Plentiful too, but we will get to the issue of quantity soon. There is no damage model to speak of, so the cars start the race looking good, and they end the race looking good. I can’t say that I was nearly as enamored with the sound, but it did its job. All I really need from the sound is to be able to sense the revs of the engine and the traction of the tires. After that, I don’t pay much attention. 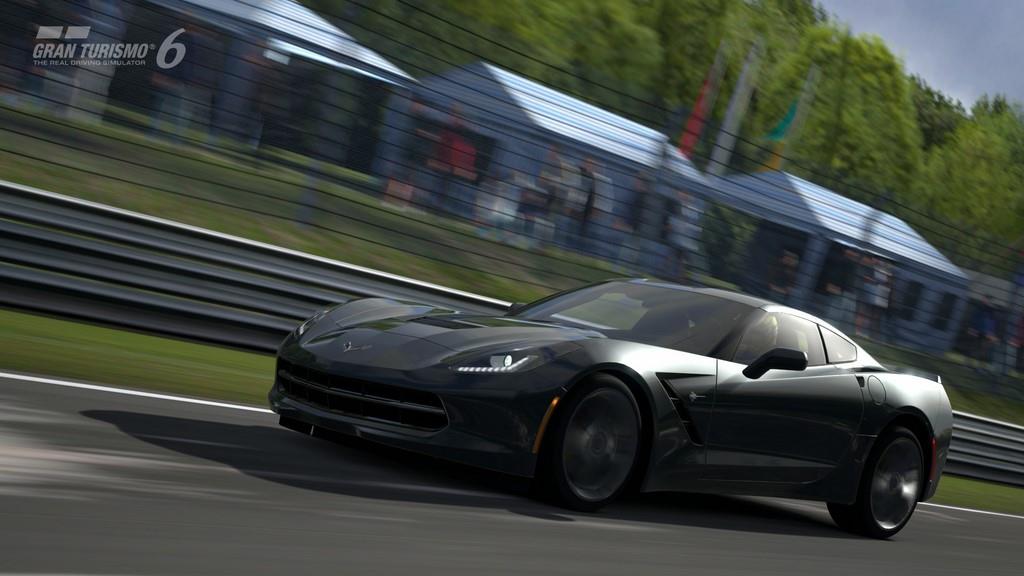 These are the things that GT 6 does well. With all of that going for it, you must be wondering, why does it feel like it’s missing something? Well, it comes down to the game play.  When Sony states that GT 6 is “the world's most popular and comprehensive racing simulator,” I expect more.  Sony is probably using the word “comprehensive” in the meaning of a 1,200+ list of included cars and a large stable of 30+ tracks to drive them on. The problem is the limited ways that they can be used in single player mode. The reality is this: a lot people that want high quality online racing are going to find it in something like iRacing. The people that are looking for offline racing want the same level of configuration in the single player game that they have in the multiplayer. It is here that GT 6 frustrates me in more than a few ways.

There are two major ways of playing single player: career and arcade. Career forces you into the model of having to earn/unlock cars, something I adamantly refuse to do after springing for a $60 game. Arcade mode offers the player a bit more latitude in configuring races, but it is also hampered by a number of glaring omissions. You do get to select the track to race on, the number of laps in the race, and the weather conditions to race in, and that is all to the good.  You can select a car out of twenty ‘rentals’ (far short of the so-called 1,200+, many of which are simply subtly different body styles of the same car which calls the widely advertised 1,200+ number into question) rather than the full contingent of included cars.  Still, the twenty rentals offer a broad range of capabilities, so it’s better than nothing.

The real problems start after that.  There are no practice or qualifying sessions, so you start at the end of the pack. Always.  At least with the ability to set race lengths up to 99 laps, you don’t encourage the “just knock that guy off the track” or  “just cut the corners” mode of racing that you get in the career races, but you still have a pack of slower cars to deal with. Which is another problem: instead of populating the race with equally capable cars, the game plops in a widely varying mix of marques. By the time you get past the clunkers, the cars close to yours in capability have jumped so far out into the lead that you have no reasonable hope of catching them. Better get busy cutting corners!  Which, sadly, you can do with impunity. As previously mentioned, there also isn’t a whole lot of damage modeling to deal with. Brush that wall or use that other car as a rolling guardrail all you want - there’s no damage penalty to be paid.  These are not incentives to taking the time to improve your race craft. 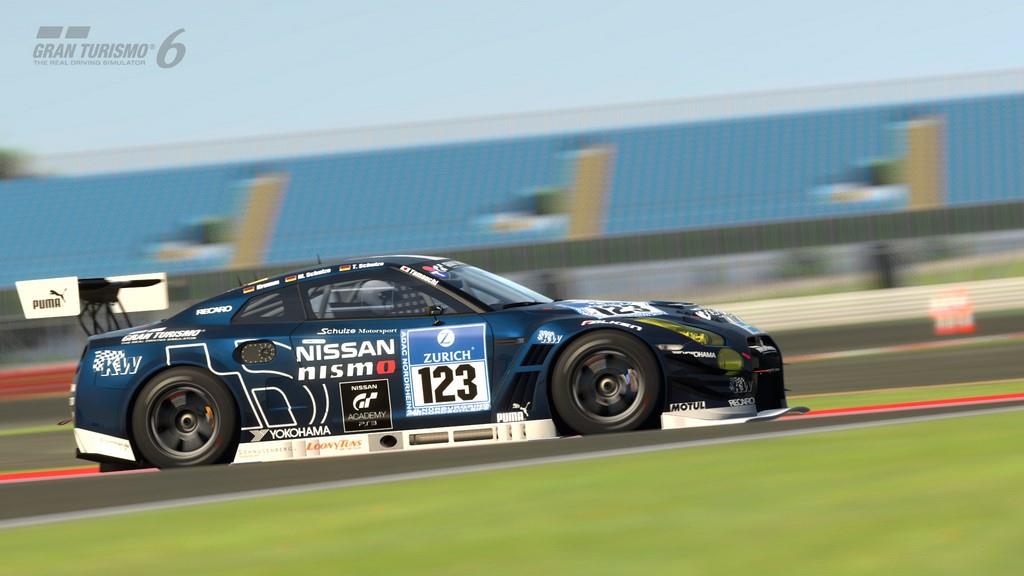 These are all things that seem quite attainable, particularly in the sixth iteration of the game. Many of these things are available for setting up mulitplayer games; it is hard to understand why they could not also be enable for setting up fun, competitive single player races. Additionally, I have always been resentful of the requirement to unlock cars. I remain unclear as to what the reasoning behind that is, unless it is to be able to guarantee that even very low end cars that the typical player would skip right past get some screen time. It could be as simple as providing a guarantee to the manufacturers that their cars won't be ignored. Either way, those hours spent in virtual cars that I would never even consider test driving in real life (the Honda Fit, for example) feel wasted.

With the PS3 being pretty much over the horizon and no backwards compatibility provided for in the PS4, there probably isn’t much point in making anything more than incremental improvements in this venerable game. In other words, this is more than likely the best that it will ever get. Make no mistake: for the majority of the intended audience, by which I mean casual racers that are fine with quantity over quality, Gran Turismo 6 is perfectly adequate. It has what it takes to excel in that market, but it’s a shame that Sony never took the leap beyond mere adequacy to provide a platform that more sophisticated players could truly enjoy.