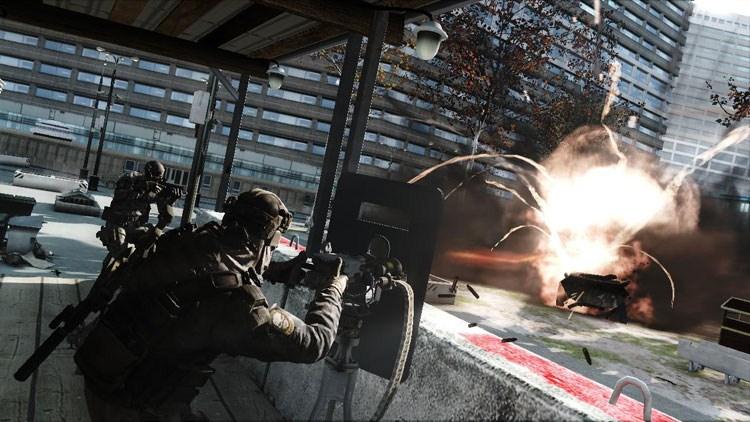 Written by Travis Huinker on 8/30/2012 for PC
More On: Ghost Recon: Future Soldier
Since Ghost Recon: Future Soldier's release for PC at the end of June, it has been weeks of waiting until an array of various gameplay, online connection, and performance issues were fixed via multiple patches. Owners of the game were simply given repeated apologies and changing dates of when patches would solve blatant issues of a bad PC port including controller icons in the interface when using a keyboard and mouse and poorly optimized graphical performance. To make matters worse, the delay in which the product was even comparable with its console counterparts through patches was simply inexcusable.

In Ghost Recon: Future Soldier, players are tasked with solving an array of conflicts across the globe from hostile takeovers of countries to tracking down terrorists. The four member Ghost squad call-signed "Hunter" utilizes the advanced technology of cloaking fields, UAV drones, and augmented reality HUDs for having a continual advantage in each battlefield encounter. The early games that included the proceeding words of "Tom Clancy" in their titles usually translated to narratives infused with elements from novel genres of military espionage and techno thrillers. Unfortunately for Ghost Recon: Future Soldier, the narrative is less of a cohesive experience and more a poorly attached series of set pieces that never establish an identity of their own. For a game that focuses heavily on a set of close-knit soldiers, cutscenes and in-game dialogue only provide just enough cliche banter to add context to each situation.

Briefings before missions don't help the narrative either with lackluster mission objectives and little incentive or interest to see how the narrative develops during the game's short length. The primary problem with the narrative is the reoccurring feeling of having played a similar mission in a different game. It's as if the developers went through a checklist of levels that a modern military shooter must include to be successful. There are brief moments of greatness shining through a couple of mission events and their locales, but simply aren't enough for providing incentive to reaching the credits. None of characters or scenarios ever remain memorable throughout the entire experience.

The primary focus of gameplay is the use of the Ghosts' advanced technology over their adversaries in addition to superior squad coordination. Each mission follows relatively the same path of sneaking into the designated location and accomplishing specified objectives. There are various occasions in which stealth is required, in which technologies such as the UAV drone or squad targeting must be utilized for success. Along with the increase in action from recent Tom Clancy games, the "mark and execute" system from Splinter Cell: Conviction makes an appearance, which allows for each team member to kill enemies at the exact same moment. In addition, team members offer assistance in drastic situations and never end getting up in the way.

Before each of the missions, players can use the new Gunsmith mode that allows for customization of every gun in the game. Guns and the various weapon parts are unlocked through completing missions and challenges, which later must be unlocked in multiplayer as well. Parts ranging from a gun's scope to the type of ammo clip can be customized in addition to an array of paint jobs. Unfortunately, the Gunsmith mode is far from perfect with limited options of parts and unnecessary customization. Nearly all of the missions require stealth, which in turn requires weapons with silencers for success. There were never any scenarios in the campaign that benefited from customizing the weapons. Most surprisingly absent from the game was the lack of any weapons that fit with the game's name of Future Soldier, with most guns functioning quite similar to one another. The campaign provides an interesting diversion for players with a variety of exciting locales and shootouts, however, its short length and narrative issues result in a mediocre experience. 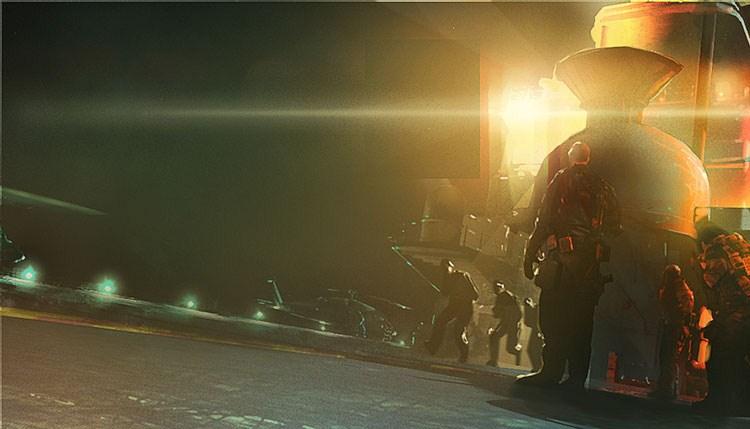 The game's multiplayer portion assists with making up for the lack of single-player content with an array of game types, maps, and level unlocks for weapons and character gear. The use of the advanced technology from the campaign translates to multiplayer with items like the UAV drones and cloaking fields. Players can select from the character classes of engineer, rifleman, and scout, with each providing specialized weapons and gear for the battlefield. When connection is possible to an online match, the gameplay is quite satisfying with hectic shootouts and varied objectives to complete. Unfortunately, users will often see the dreaded message of "Connection to server lost" more than actually playing matches online. Adding insult to injury, the game forces players to the title screen after lost connections which in turn requires having to enter the game's multiplayer menu again.

The issues from the porting process also affect the game's presentation with continual low performance in-game. In comparison with other recent games releases on the PC, the graphics on display in Ghost Recon: Future Soldier shouldn't be that much trouble for high or even medium-range built machines. However, the game's poor optimization results in some of the worst performance seen in a recent release on PC. Even with the newest patches, the game still suffers from tremendous amounts of lags when enabling various graphic options such as anti-aliasing and DirectX 11 features. Some levels in particular suffer worse than others requiring constant tweaks to the visual settings to ensure the frame rate maintains a playable state.

Ghost Recon: Future Soldier stands as one of the worst PC ports this year with numerous gameplay, online connection, and performance issues. Even after weeks of waiting for multiple patches, the experience is far from what is expected for a stable game release. Ubisoft should be ashamed to have released a product in this state and in the time required for them to release patches. It's difficult to recommend Ghost Recon: Future Soldier to even fans of the series. With a moderately-entertaining single-player campaign and thrilling multiplayer, it's unfortunate that porting issues ruined most of the experience for gamers.

Ghost Recon: Future Soldier is available now for Xbox 360, PlayStation 3, and Windows PC.
Put simply, Ghost Recon: Future Soldier for the PC is an unstable product with numerous gameplay, online connection, and performance issues. Even with the release of multiple patches, there are an array of issues still present within the game. An entertaining single-player campaign and engaging multiplayer are enjoyable if players are able to overcome the blatant porting issues from consoles to the PC.