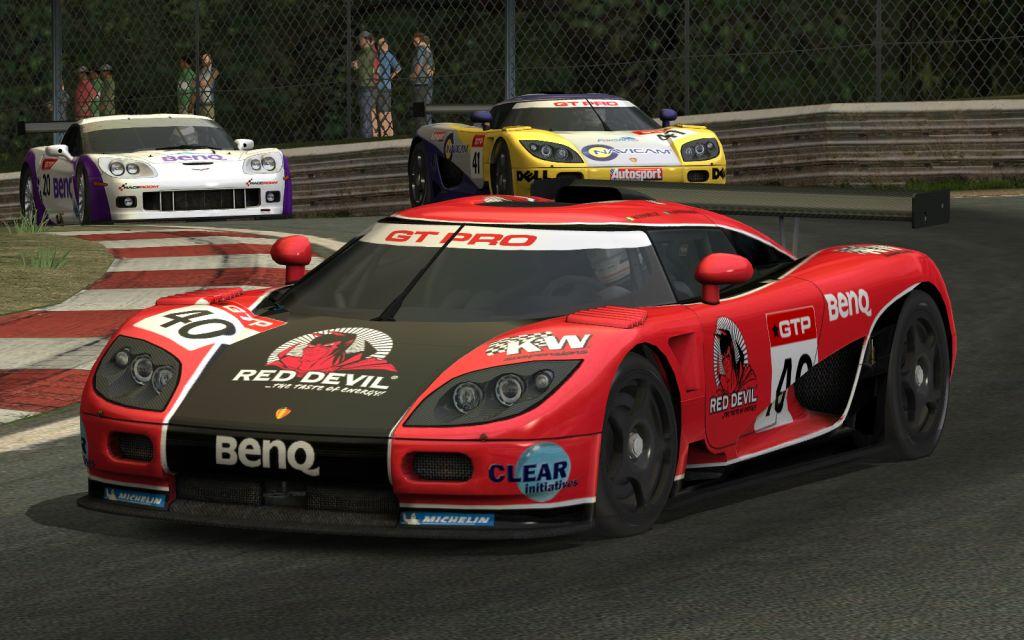 Written by Dave Gamble on 9/18/2008 for PC
More On: GTR Evolution
Every now and then, a product comes along with a name that perfectly defines what you, as the potential purchaser, can expect from the product. Viva Media and SimBin Studios have released just such a product in GTR Evolution. GTR-E is exactly what it professes to be: the next evolutionary step in a line of products including GTR 2 and Race '07. In fact, the best, most concise description of GTR-E that I could come up with is a marriage between GTR 2 and Race '07. If you were to take the tracks and cars included in both of those, and throw in the 14 mile monster track that is the famous Nurburgring, you would have GTR Evolution.

If you have experience with either or both of those preceding releases, you can probably just stop reading now. There's nothing much I can tell you, other than that GTR-E exhibits the same attention to detail and quality that we have come to expect from SimBin, which is to say superb. In fact, if you already have Race '07, you should just pick up the Expansion Pack version, although at an Amazon.com price of $17.99, it would be just as easy to buy the full standalone version.

So, if you're still with me, you must be interested in just what this GTR thing is. Well, in my opinion, it is the most realistic, highly polished, PC-based racing simulator available today. Well, if you want it to be, that is. Not everyone is willing or able to devote the effort required to learn how to competitively race with the realism settings set to the highest levels, and fortunately for them, the GTR series are configurable to allow for a more relaxed approach to it. Antilock brakes, traction control, steering assistance, and a plethora of other settings are available to allow novice drivers to participate in pulse pounding races. As skillz improve, the settings can be bumped up to allow for an increased challenge. GTR-E has, in one of the evolutionary features included in the new game, even included a setting called Arcade Extreme. The “truth in naming” exhibited in the product title is also evident in Arcade Extreme, a racing mode that makes the driving easier and the bumps the visual and auditory elements up to a higher level than you will find in the more simulation oriented modes. 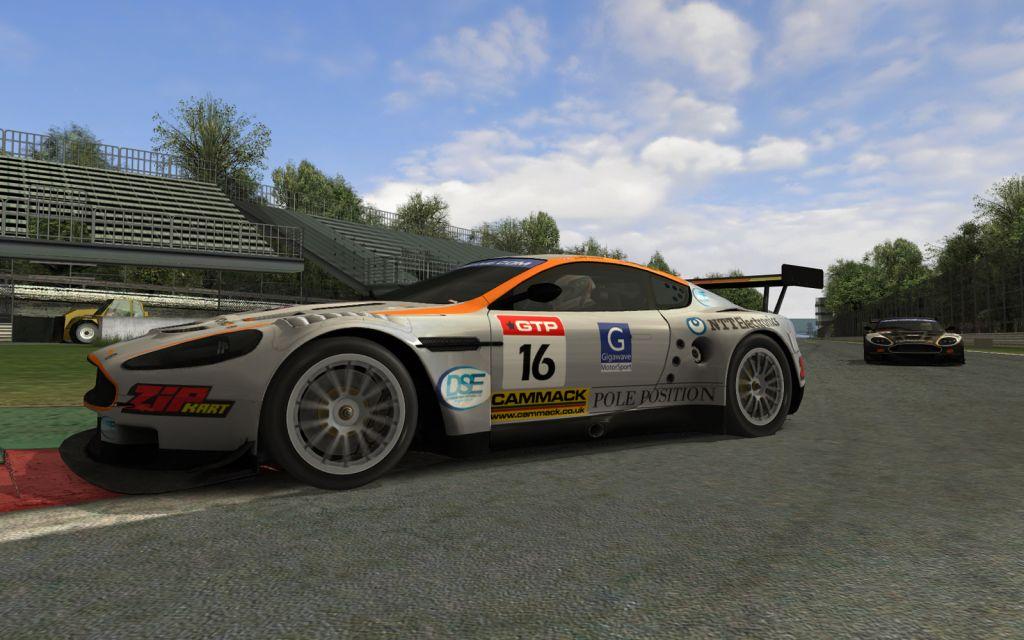 There has been some evolutionary attention paid to those modes as well, and in ways that I found to be highly favorable. It has long been a pet peeve of mine (and remember, I collect pet peeves like a lonely widow collects cats) when I buy a game, and then have to spend hours working my way through mindless three lap sprint races to unlock all of the cars and tracks that SHOULD have been unlocked when I pulled out my credit card to buy the game. There is none of that silliness in GTR-E. You bought the game with an intended use in minds, and SimBin has made the proper decision: get out of the way and let you play the game the way you want to play it. With GTR-E, you can set up a race or championship any way you want. You can mix classes and types of cars to your heart's content. If you want to race a class of Dodge Vipers concurrent with a class of Mini Coopers, well, that's up to you. Choose your competitors, choose your track (or tracks, in the case of a championship), and go racing. You can customize your own rules, or you can use the preset WTCC or GT rules.

Some of the existing issues that I had with previous versions are still there, however. They’re nit-picky, of course, and I only point them out to remain in compliance with the Game Reviewers Code, a fundamental tenet of which is the immutable belief that there is no such thing as a perfect game. Here’s an example: when you race in an open cockpit car, your first-person view is restricted at the top and bottom by the confines of your virtual helmet. This is a pretty cool touch, and the feeling of actually being in a race car and dressed for the occasion is only enhanced as you collect smashed bugs on your visor. Similarly, the view from inside a touring car is restricted, to a lesser degree, by the car frame itself. But here’s my issue: every driver, whether racing in an open cockpit car or a fully enclosed car, is wearing a helmet. But in GTR, you don’t where a helmet in the enclosed cars. Hey, I told you they were nit-picks! The other issue I’ve always had with the SimBin GTR series is that the AI cars are preternaturally fast in qualifying, but as slow as pizza delivery on the night of the Super Bowl on the first lap of the race. I don’t even bother qualifying anymore; I just start at the back and pass half of the field on the first lap.

That said, the AI is very good. Some of them will race you smart, others will race you aggressively. In fact, I prefer the AI racing to racing actual humans in the multiplayer mode. The AI drivers don’t exhibit ghosting from ridiculously high pings, nor do that find adolescent glee in disrupting races with infantile behavior, a trait found in at least one participant in every online race I’ve ever been in. If you want decent racing against real people, find and join a good league.

So, while evolutionary in nature, SimBin has presented us with yet another most excellent racing sim. GTR Evolution in and of itself is complete justification for the cost of a good PC and a force feedback steering wheel. I’m using the venerable Logitech G25 myself, but if dollars are limited any of the lower cost Logitech force feedback wheels will suffice.
If you already have GTR 2 and Race '07, there won't be much to compel to you pick up GTR Evolution. If you have neither of those, though, GTR Evolution is a must-have for anyone that has a yearning to race