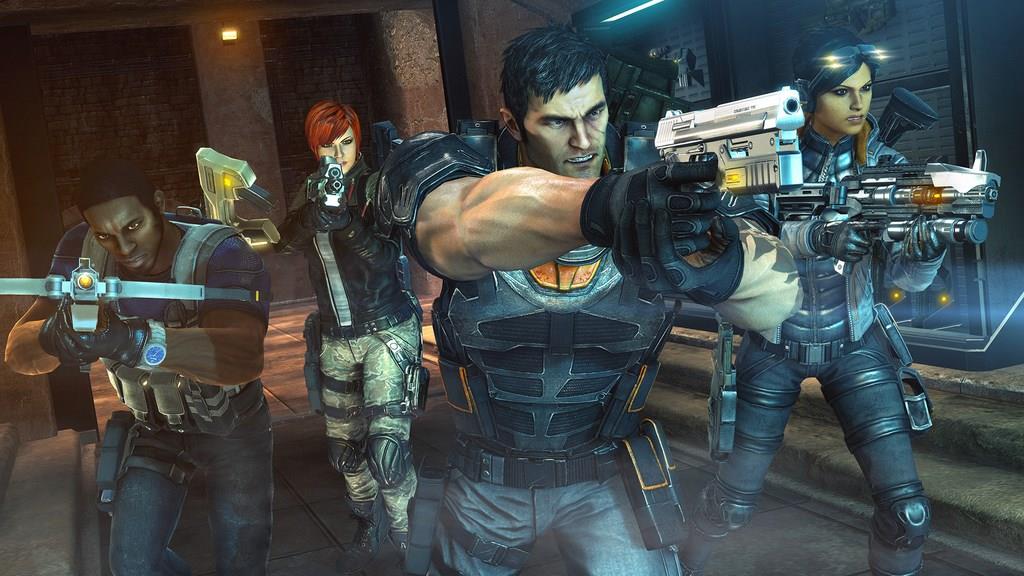 Written by Mike Mahardy on 5/28/2013 for 360
More On: Fuse
Fuse has seen a tortured development cycle. Originally titled Overstrike 9, it presented a campy shooter with lighthearted overtones. Developer Insomniac Games then opted to take its first multiplatform release in a new direction, one with a grim new take on things, changing the name from Overstrike 9 to Fuse. Somewhere along the way, Fuse lost any sense of identity it still had.

The campy dialogue of Overstrike 9 remains, contrasted against the social commentary Insomniac attempts to tell through violence and Machiavellian tactics. Platforming segments are tacked on between firefights for no apparent reason, other than to say they’re present. Fuse’s kitchen sink approach aims to throw everything it can at you, and all you’ll have in return is the sense that none of its parts are very polished on their own.

Billed as a four-player cooperative shooter, Fuse places you in the boots of Overstrike 9, a special ops team comprised of mercenaries, former military members and rogue agents. The team is tasked with chasing down a group of terrorists and crooked politicians intent on selling a source of Fuse, a volatile alien substance that binds with whatever element it touches.

The eponymous substance fuels the unique weapons of Overstrike 9, allowing Insomniac to do what they do best: create ridiculous weapons with overpowered abilities. Each member of the team has one unique weapon, ranging from a rifle that turns enemy soldiers into black holes to a portable shield wall that doubles as a shotgun. Using these weapons fuels the cooperative experience, as you’ll need to coordinate efforts to protect the group and dispatch enemies.

With three other players present, coordinating is fun, even if the encounters are repetitive. My favorite character is Izzy, essentially the medic of Overstrike 9. Anytime one of my partners was wounded and unable to move without someone’s help, Izzy’s thrown medical beacon means I don’t have to leave cover to save my partner. The team is only as strong as its weakest member, so using abilities and weapons is paramount to protect each other’s backs.

If you don’t have three friends to fight the continuous waves of spawning enemies, things fall apart fast. Even with two other partners playing, that one AI-controlled enemy is the weak link in a chain set to break. The AI has trouble crossing rooms to revive you and doesn’t always use unique weapons or abilities when the situation calls for it. “Leaping,” the ability to jump from one character to another, almost makes up for the AI’s capricious behavior, except for the AI’s propensity for standing in the middle of firefights just before a Leap occurs.

Fuse’s technical problems aren’t consigned to the AI though. Several times throughout one playthrough, I had to restart from the nearest checkpoint because the camera was stuck on a focus point from the previous cut scene. The action resumed, but I couldn’t defend myself because the screen remained fixated on a distant point in the sky. 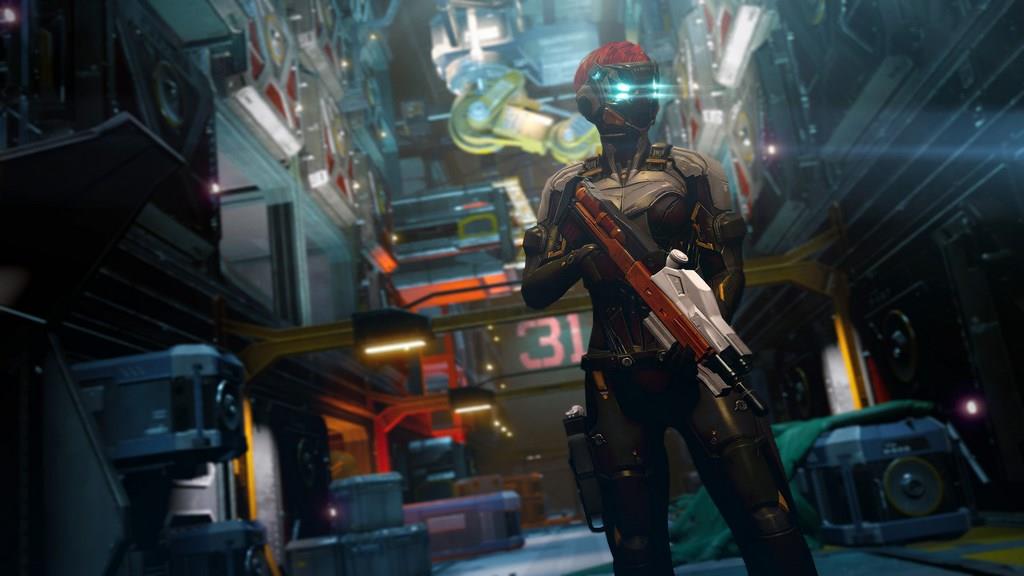 When the action subsides and the pervasive platforming sequences rear their ugly heads, things become even more frustrating. Climbing cliff sides and interior pipes present obscure paths for you to figure out, and the controls often send you in the opposite direction of where you’re trying to move. When the AI tackles these sections, you’ll often have to wait an extra minute so the other team members can catch up. Leaping isn’t allowed when another character is wounded or climbing, so it becomes a game of patience during the already superfluous platforming sections.

Fuse also froze several times following deaths, making me less eager to jump back in every time. Most of these deaths were during the boss fights. Several of the larger bosses show a glimmer of creativity and make the preceding action worth the sometimes grueling trek, but the rest of the boss fights are a test of how long you can survive before looking for more Fuse ammo. My partners and I spent more than ten minutes firing Fuse rounds into a mini boss’ weak spot, only to restart once one of us died due to a lack of ammunition.

And that’s a big problem with Fuse. The character-specific weapons are departures from the generic weapons of other third-person shooters, but the rest of Fuse’s arsenal isn’t. There’s a burst rifle, a sniper rifle, shotgun, pistol –– all obligatory additions that emphasize Fuse’s banal room-to-room firefights. There are no other Ratchet-esque options, something disappointing considering Insomniac’s renown creativity in the area. 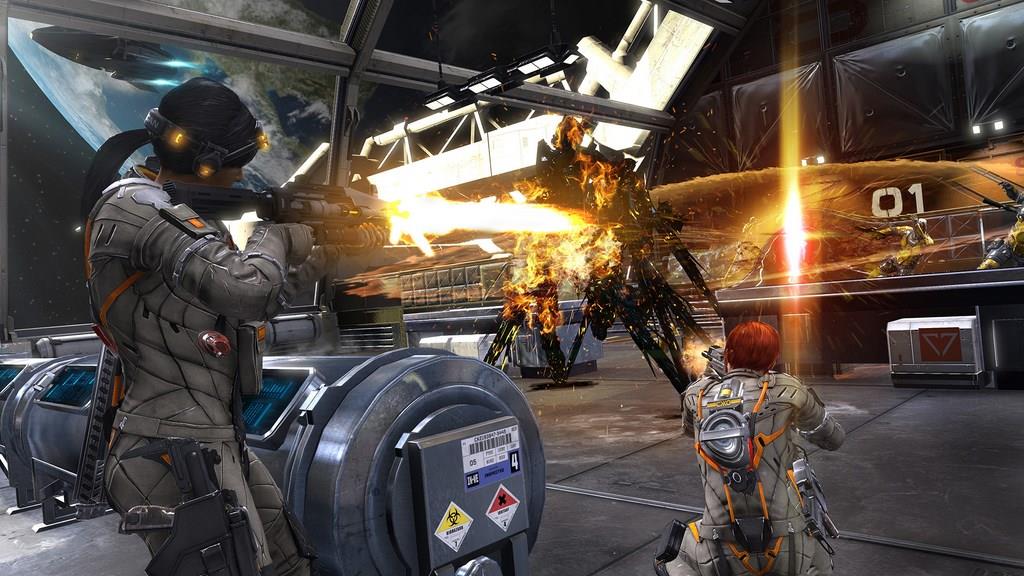 Several different enemy types force you to use your powers more often, such as riot shield soldiers or cloaking enemies, but it’s not enough variety to force you out of your comfort zone. Rather than eliminate soldiers with the customary weapons of so many other games, I found myself scrounging for Fuse ammo at every turn.

There are opportunities to improve the efficiency of both the power weapons and the vanilla ones. Earning experience allows you to upgrade the powers, ammo capacities and health of each character. Many of the upgrades are negligible –– I hardly noticed the increased damage of my pistol or slight increase in health –– but others make the experience worth earning. My favorite ability provides Fuse ammo upon sidearm kills, a welcome improvement considering the gameplay resulting from boring alternate weapons.

Team perks also serve to better the team, albeit on a larger level. Earning Fuse credits unlocks these perks, which are assigned to a specific character but affect all of Overstrike 9. A few examples are increased experience gain, increased ammo pickups and wider grenade explosion radius. These perks alleviate some of the problems Fuse faces when it comes to differentiating itself as a shooter, but the process of earning experience and credits means you’ll have to suffer several hours of dealing with bad AI or repetitive enemy encounters.

Fuse’s Echelon mode expedites the process of earning Fuse credits; they’re much more abundant here than in the story, and the horde-like mode is actually the best way to play Fuse cooperatively. It’s worth ranking your characters up before you step into Echelon, as the enemies can be punishing, but a rotating list of different objectives competes with the story mode’s monotony.
Fuse has a promising concept that slowly crumbles to reveal a severe lack of execution. Much of it seems as if it was added on in hindsight, with unnecessary platforming segments and inconsequential upgrades. Insomniac seemed to be aiming for quantity instead of quality, leaving Fuse to be a title only as good as its mediocre components. It's a compilation of several different visions, all of which fail to do what the title implies.