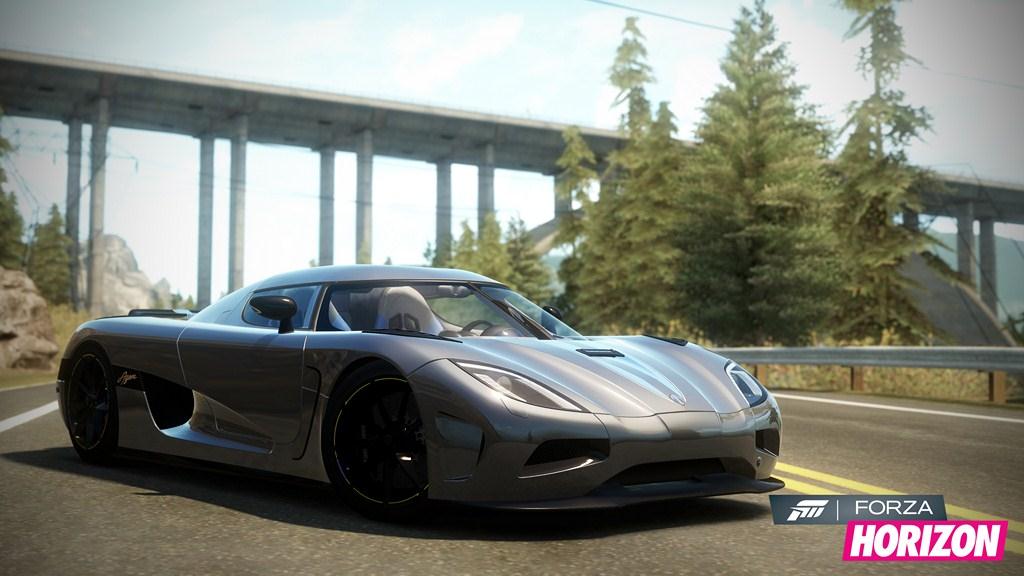 Written by Dave Gamble on 10/23/2012 for 360
More On: Forza Horizon
Watching TV generally drives me straight to the computer. Why? Well, most of what I watch on TV is car related in one way or another. Trying to watch an F1 race invariably has me soon sitting at the computer running F1 2012 trying to match a new line through a difficult turn that I had just seen during a race. Another not uncommon experience is to find some other form of racing pushing me ineluctably in the direction of an iRacing session. But what of Top Gear? That depends. If I happen across the US version, my next stop is anywhere NOT in the vicinity of a television. If it is the UK version, though, I soon find myself itching to get my hands on a virtual super car driven at a high rate of speed in a nearly consequence-free environment, sighing all the while that I don’t have a decent means of getting somewhat closer to the experience.

Now I have Forza: Horizon. 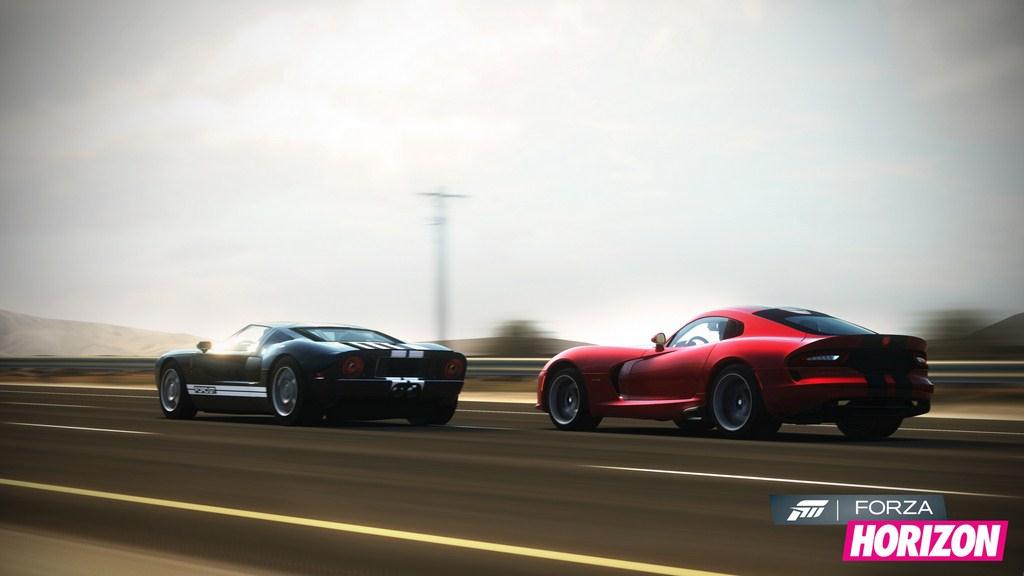 Don’t get me wrong: Forza Horizon in no way attempts to mimic Top Gear by accident or design, but if viewed a certain way, if you squint at it just right, if you really want to believe, you will begin to see why it acts as a suitable substitute.  Officially the story behind the game is that you, a lowly rookie driver with a mediocre car, manage to grab the last entrant’s spot available at this year’s Horizon Festival in Colorado.  The Horizon Festival is apparently intended to be a nexus of loud cars, loud drivers, and loud music. I personally hate two out of three of those in real life, but in the end that didn’t matter; the festival is really just the glue that ties most of the disparate styles of racing events together, and even then quite loosely. The main location of the festival also serves as the focal point for what normally would have been menu items. The festival is where you start, and it is where you will return to in order to buy and sell cars, purchase upgrades for cars you own, and a small collection of other functions.

The game itself is the festival writ large, by which I mean it is a loosely attached mish-mash of everything you thought you might ever want to do in a car. Well, things that involve actually driving the car anyway. Note that this is not a criticism - I quite enjoyed the vast array of things that I could do in the game. It is probably best described as a sandbox game for people that like cars.  Amongst the many things you can do are all sorts of races (point-to-point, closed track, dirt, pavement, dirt and pavement, ad hoc challenges, etc.), treasure hunts for classic cars hidden in barns, and Crazy Taxi-esque near misses and jumps. These activities are masked as PR events, rival races, and various other guises, but at the end of the day what you have is the sum total of all of the things you have come to expect in console racers. 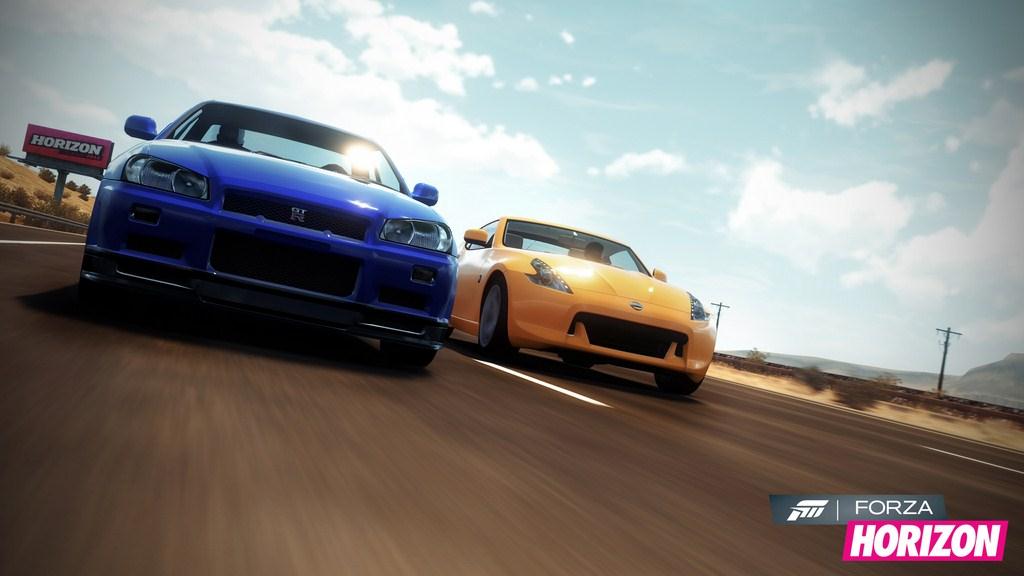 This all-inclusive buffet of playing styles comes at a cost, of course. Have you ever heard the expression “jack of all trades, master of none?”  Well, it’s kind of like that. It isn’t that any of the stuff is done poorly, but it is also the case that none of it really strikes the chord of innovation. You will feel as if you have seen it all before because chances are that you have. What ends up happening at a buffet is that the food is all prepared to satisfy the common denominator. For example, have you ever had really spicy food at a Chinese buffet? Probably not; the spiciness has to be tailored for the masses. It’s the same thing in Horizon. Sure, you can upgrade your car. But what’s the point? At the entry of each race, your current car is likely to be judged to be either too inferior or too superior. In these cases you are offered the option of an instant upgrade or degrade to match the entry metrics of the race. If all it takes to meet the competition is a press of the ‘A’ button, what’s the point of slogging through hours of manually applying upgrades?  It seems to be a case of having provided an upgrade path simply to put a checkmark on a bulleted list provided by Marketing. It’s the same with the damage model. You can plow straight into a concrete barrier and your car will show physical damage in its rendering, but it will remain perfectly driveable. So again, why have a damage model at all?  This all points to an omnibus style of game design: if it’s been in a previous console racer, include it.

So, does it all work? That will depend on what you expect from a Forza game. There are cars aplenty, and they are beautifully modeled. They each exhibit distinct driving traits, and the feel of the driving physics is as good as can be expected considering the control limitations inherent to the Xbox.  The scenery is equally good and it is a lot of fun to simply drive around sightseeing in the Colorado countryside. There is plenty of variety in the roads; paved roads, dirt roads, and a mix of the two are plentiful, as are straight roads and twisty roads. Without a lot of down-in-the-weeds car tuning to do and with generous assists available, the game is approachable by anyone capable to holding a trigger down.  Turn off the assists and the challenge is worthy of the best of console racers. I found the capability gap between AI drivers set to Medium versus Hard to be insurmountable, but that might just be me. The Medium setting was a great way to earn money since it made it so easy to win, but the harder settings left me alone on the road watching tail lights recede into the darkness.  The racing also suffered, in my opinion, from a convention present in nearly every game of this sort: the races are short and you always seem to be gridded at the end of the pack. Because of that, there cannot be any meaningful level of finesse in your racing; the only way to get to the front is shoving your way through the pack.  Absent a damage model that actually works, but it does not adequately reward a sportsmanlike approach to racing. 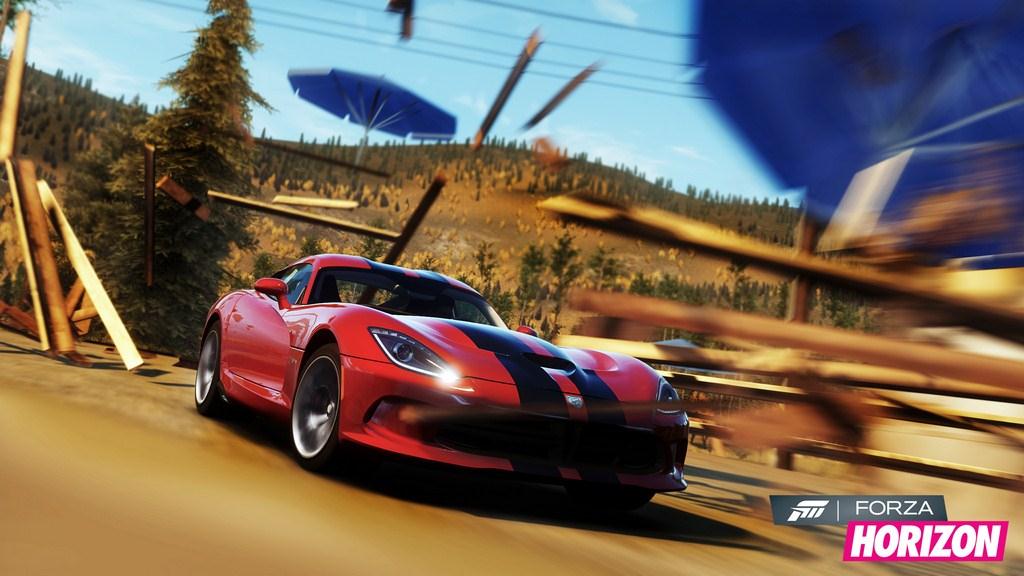 There is also the issue of the wacky economics in the Forza world. The unit of currency seems to be the “Cr,” which probably stands for “Credits.”  All I can say for sure is that it bears no relation to US Dollars (although if our inflation continues apace, it soon will), which may be the reason that no one really seems to be all that concerned about earning any of it. See “Free Upgrades at Time of Race” above, or for a more egregious case, consider the fact that Dax, the resident mechanic and notable automotive philanthropist, does immaculate restorations of the beat up cars you find hidden in barns completely gratis.  A bucketful of Cr is good for buying new cars, though, but expect to work at your racing for quite a good deal of time before you can afford any of the top cars. I suppose that’s a realistic model - I’d have to work at least half a dozen pretty good jobs to afford a Lambo in real life. As it is, the middle range cars are pretty accessible, particularly once you’ve earned the right to race in some of the more lucrative street races.

At the end of the day, after you’ve driven around in Forzatown, Colorado for eight or ten hours, you’re going to be left with the feeling that you’ve seen it all before, but perhaps not all in one place like you will with Horizon, and maybe even not as attractively rendered.  While I sampled nearly every type of event, I found myself concentrating more on simply driving around looking for barn finds and picking up an ad hoc one-on-one race now and then. There was really only one car that I wanted badly enough to concentrate on earning enough Cr to buy (the Mercedes SL65 AMG, if you must know), so I only hit the high-dollar street races for as long as it took to gather the nut for that particular ride.  This is definitely a game in which your mileage will vary, but that’s really the point of a sandbox-style game anyway, isn’t? With the wide open world and the usefully granular difficulty settings, nearly everyone will be able to tailor their Horizon experience to suit their desires.

Forza: Horizon turns away from the down-in-the-weeds realism of previous versions to provide a more approachable ride. It's chock full of things to do and races to run, but even just driving through the spectacular countryside provides hours of enjoyment. While it's not strong in innovation in the genre, it does a respectable job of maintaining the status quo.