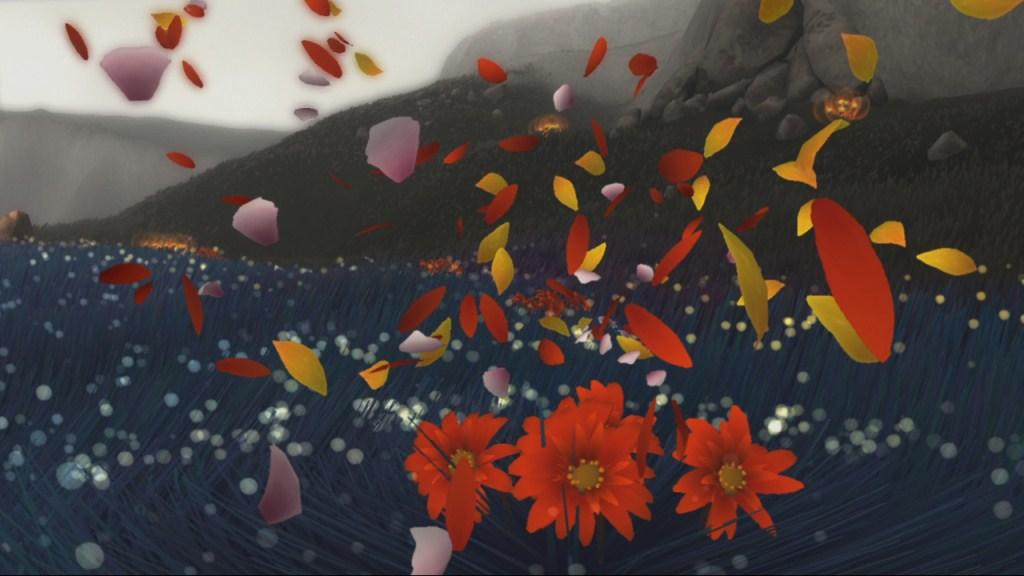 Written by Charles Husemann on 4/9/2009 for PS3
More On: Flower
Flower is a horse of a different color for a variety of reasons. The most obvious one is that you play the wind, guiding flower petals through a field to pollinate other flowers There's also the Sixaxis only controls system that compliments the gameplay rather than working against it. The final one is how the game makes you feel, and that's probably the most important reason you should pick up the game.

Most games stress players and then create enjoyment by having players overcome that stress. Flower inverts that paradigm a bit because of instead of creating stress, the game dissipates it by offering an experience that is relaxing and beautiful. With no time limits or enemies to contend with you just blow around the world spreading flowers and enjoying the scenery. While that may seem a little tame the game is a nice change of pace from blowing stuff up and killing wave upon wave of bad guys 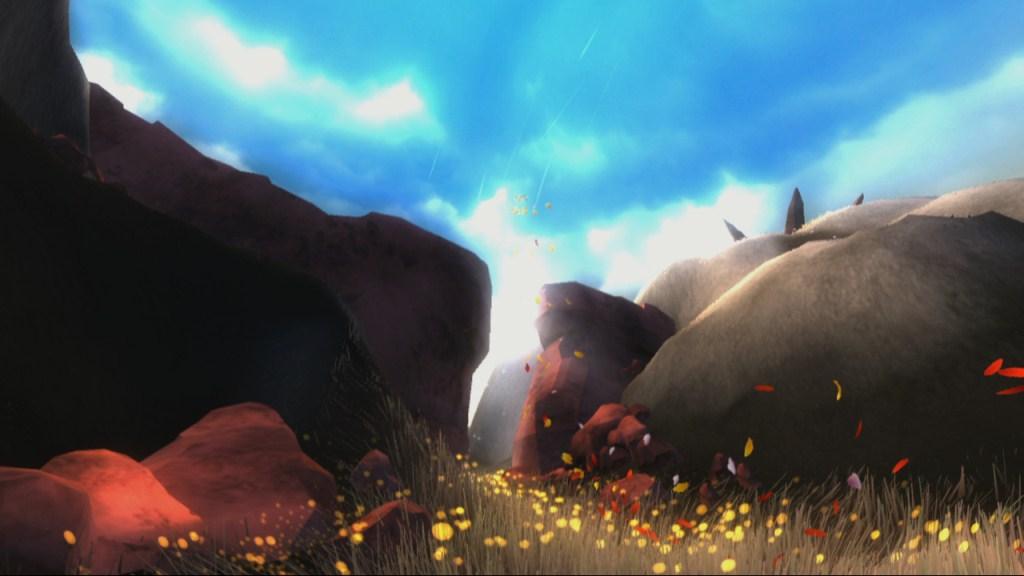 If Flower had a subtitle it would probably be "The secret dreams of house plants". Levels are represented by flowers sitting on an urban window sill. To start a level you rotate the Sixaxis controller to the level you want to play and click on it. Once you pick a flower you are taken to the open field for that flower where you can roam about and pollinate other flowers by flying through them. As you pollinate flowers you pick up a tail of flower petals that floats behind you. The controls are intuitive as you tilt the controller in the direction you want to go and the petal moves that way. If you want a little speed boost you can press any of the buttons on the controller and the petal moves a little faster.

Flowers burst into a spray of light and sound when you touch them adding their voice to the orchestral sound track. It's not quite as complex as the system in Everyday shooter but it does add to the feel of the game.

To complete a level you have to pollinate all of the specified flowers before you can move on. There's no clock to beat or order you have to hit them in which allows you to explore the level at your leisure. As I played the game I could feel the stress of the day melting away. Level design is solid as you're mostly floating across large open fields moving from flower patch to flower patch.

The game does take a tonal shift about mid-way through the game as the game designers switch things up a bit to provide a small message in the game about the industrial revolution/city life and it's impact on the ecosystem. It changes the mechanics a little bit and these middle levels aren't nearly as enjoyable as the levels that bookend the game but they do make you think a bit if you let them. It's not an Inconvenient Truth but I did come close to placing a massive order from Breck's after I completed the game. 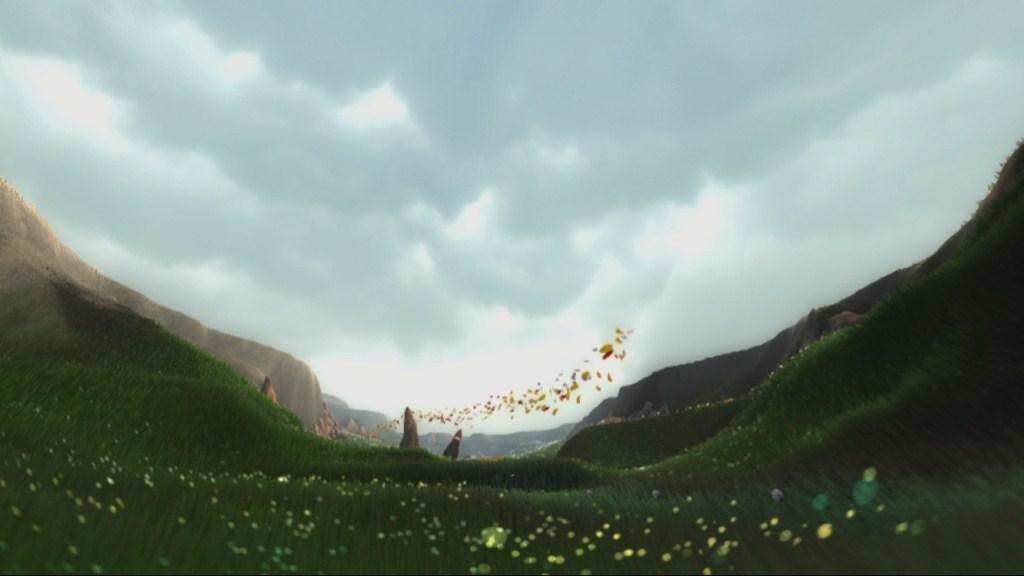 Surprisingly these darker levels provide a small emotional touch to the game. It's not much but I did feel a little something in my gut as the levels changed. I'm guessing that other people will take away different meanings or none at all but it's something that I wasn't expecting from the game.

The controls prove that you can have a game that's based on the Sixaxis control scheme and not suck but there were times that I wish I had stick control over my flower as there are some twisty levels that require a fine touch later on in the game. It's also easy to get lost in parts of the game and not know where you have to go but I think that might have been me over-thinking things a bit and missing a few cues from the designers at points.

Flower proves once again that Sony is serious about taking gaming in new directions. Sure it's a bit on the arty side and it's a bit whimsical at times but Flower is one of those unique games that sticks with you and makes you think a bit. While other games create fun and excitement by placing stress on the player, Flower goes the other way as the game is almost stress relieving which is a bit different in a landscape dominated by games with guns.
Another innovate game from Sony that shows a completely different style of game. It's not for everyone but it's worth checking out if you're looking for something different or want a game that lowers your blood pressure instead of raising it.